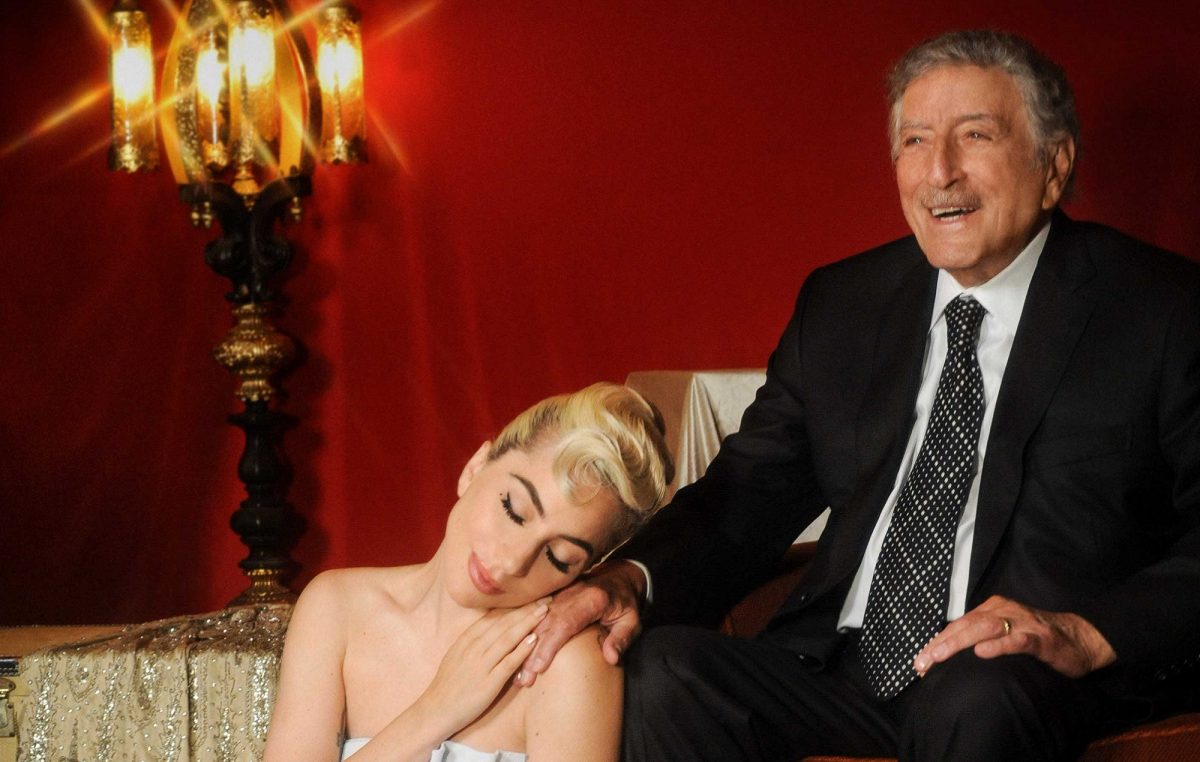 I’m thinking, it’s been a lot…. We missed a lot in between. I longed to sit down and write… Fortunately, I’m back now! we can say.

I also want to put the name “Jazz in the Corona Days” to freeze on for a while. I think everyone, including me, has been very tired of hearing this word for 2.5 years. Let’s continue to get to know and interpret albums in a pure way, and present you very special albums that excite me: 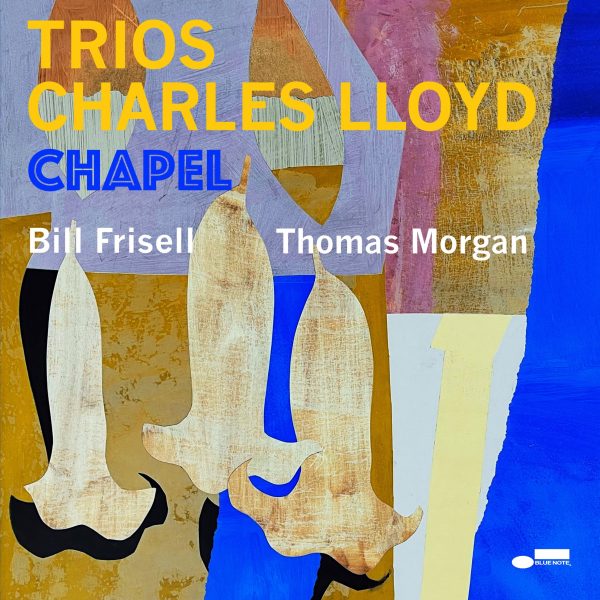 A Saturday afternoon I spent saying, “Corona is over… I mean, it’s obviously over… Well, no one wears a mask and walks around comfortably, so if that’s the case, I’ll take a risk and go to Kadıköy and do something I haven’t done for a long time and research music/records.” I came across the “Love-In” album recorded by Charles Lloyd in San Francisco – Fillmore Auditorium with Keith Jarrett on the piano, Ron McClure on the bass and Jack DeJohnette on the drums.

After listening to it 2-3 times in a row, I said that I haven’t listened to Charles Lloyd for a long time since Blue Note’s “Passin Thru” released in 2016, “I wonder what he’s doing right now, man?” I realized that it was like a mink vase that I felt I needed to dust in the corner.

84-year-old Charles Lloyd is a musician who has lived before, after, after, behind, beyond, behind, everything, has seen and felt everything, and obviously continues to feel, to feel, produces and wastes no time. “Trios”, the new project of his collaboration with Blue Note, is a project of 3 albums for now, and the first fruit of this project is Lloyd on guitar in “Chapel” with her band Marvels (the band also has albums from Blue Note; “Tone Poem”, “Vanished Gardens” and “I Long To See You”) are accompanied by collaborator Bill Frisell and double bass player Thomas Morgan. I think I have to mention Bill Frisell and Thomas Morgan’s ECM live performance albums “Small Town” and “Epistrophy”, which can be considered as the subject of lessons in schools that teach jazz, in this article.

Coming back to Chapel: The 2018 Coates Chapel – San Antonio, Texas concert recording will take you on the first listen, assuring that the gentle, pleasant, happy effect created on your skin by the gentle breeze on a warm July evening will last a long time, it touches the depths of your soul with a magnificent 45-minute art exhibition that you think can be regained in some way in your life in an atmosphere of intense peace without redirecting your integrity to another direction, and therefore you can easily sacrifice.
While Billy Strayhorn’s “Blood Count” written before his death in 1967 and “Song My Lady Sings”, an original from Lloyd’s 1966 album “Of Course, Of Course”, draw you to the album, Charles Lloyd, Bill Frisell and Thomas Morgan score the golden goal in the last second with Mexican vocalist Ana Gabriel’s song “Ay Amor” and oriental-inspired “Beyond Darkness”. I think these two songs will take this album to the upper level. In the last track “Dorothea’s Studio”, we see the swing-inspired, saxophone-guitar duo following the rhythm with bass walking and completing the album by ascend the throne. 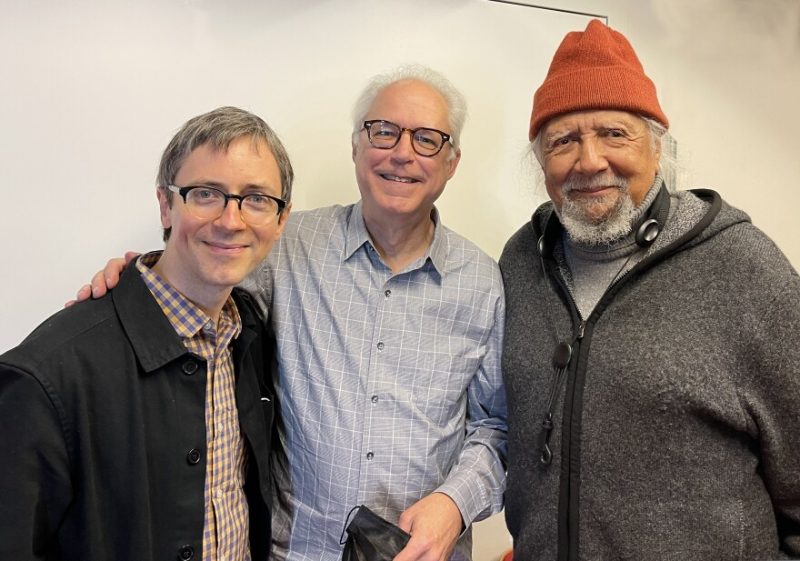 While Billy Strayhorn’s “Blood Count” written before his death in 1967 and “Song My Lady Sings”, an original from Lloyd’s 1966 album “Of Course, Of Course”, draw you to the album, Charles Lloyd, Bill Frisell and Thomas Morgan score the golden goal in the last second with Mexican vocalist Ana Gabriel’s song “Ay Amor” and oriental-inspired “Beyond Darkness”. I think these two songs will take this album to the upper level. In the last track “Dorothea’s Studio”, we see the swing-inspired, saxophone-guitar duo following the rhythm with bass walking and completing the album by ascend the throne.

Gerald Clayton on the piano and Anthony Wilson on the guitar will accompany Charles Lloyd on the second album of the trios series, “Ocean,” which will be released on August 26. Saxophonist Julian Lage on guitar and Zakir Hussain on percussion will be accompanied by saxophonist in their third album “Sacred Thread”, which will be released on October 28. Let the albums come out, of course we will say a word!

If you want to dedicate a beautiful 45-minute moment of your life to trio music, pure, clean, without lying, “Charles Lloyd – Trios: Chapel” is the perfect fit for you. And collections immediately, as well as one of the special albums that should be listened to at any time in digital… 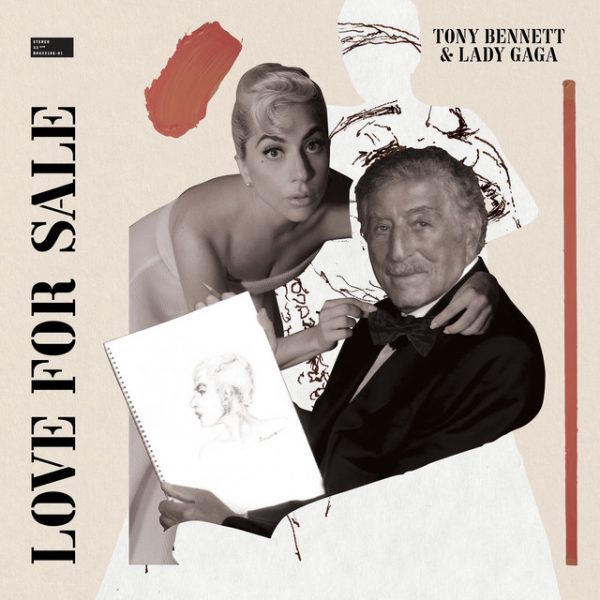 I said in my previous article that I wrote the album “John Coltrane – Live in Seattle” that I would talk about this album. Although it is an album dated 2021, an album that will not get old and that will run on the front tracks for years, at least among the examples called “collaboration albums” has been released.

“Everything That Has A Beginning Has An End” is written in one of the intro sequences of the last Matrix movie I watched, ‘Matrix Revolutions’. 95-year-old Tony Bennett’s 61st (I also wanted to write words and sentences about the fact that how incredible it is for a 95-year-old to release 61 albums in his lifetime, but that’s for another time!) and his last studio album. It is possible to accept “Love for Sale” as the final stop of the tremendous journey that has been going on since 1952. We have been following the unforgettable vocalist who was diagnosed with Alzheimer’s in 2016, giving concerts and recordings due to the slow progress of her disease in the last few years (Like the album “Love is Here To Stay” with Diana Krall for Verve/Columbia) but the sad news of her retirement came on August 12, 2021, a week after her 95th birthday concert at Radio City Music Hall. This news puts “Love for Sale” in music history as the album Tony Bennett greets the audience for the last time.

The album was nominated for “Best Album” and “Best Engineered Album, Non-Classical” at the Grammy Awards in 2022 and won Lady Gaga and Tony Bennett the “Best Traditional Pop Vocal Album” award. With this album winning the “Best Traditional Pop Vocal Album” award, Tony Bennett has won the award in this category for the 17th time since 1992 (about 30 years). I think this seems to indicate that the juries will not go far in this branch. I have an incredible prejudice against Lady Gaga. At the end of the years, her first collaboration album “Cheek to Cheek” with Tony Bennett, released in 2014, broke my perception “I guess Lady Gaga isn’t that much of a vocal that I wouldn’t mind?!” she made me follow her closely. After collecting the awards she already deserved with the soundtrack of “A Star Is Born”, I think she reached the point he deserves with his performance in this magnificent album with Tony Bennett, and I think she can easily vie with Madonna and Beyoncé by going a little further. After listening to the countless jazz albums (!) of Madonna and Beyoncé in their careers, I think everyone will agree on the fact that this album Lady Gaga made with Tony Bennett will make a name for itself many years later.

In “Love for Sale”, which I think will definitely be appreciated by those who love vocal collaboration albums, the first catchy songs were “Night and Day”, “Love for Sale” and “I Concentrate on You”. The unity in the album differs in all four tracks, we can listen to the vocals by concentrating on different tracks: We listen to Tony Bennett in two tracks (“So In Love”, “Just One Of Those Things”) and Lady Gaga (“Let’s Do It” in the other two tracks), “Do I Love You”).

Real as a seal: the album flows like oil… take it, listen, listen!

Tracks: It’s De-Lovely, Night and Day, Love for Sale, Do I Love You, I Concentrate on You, I’ve Got You Under My Skin, I Get a Kick Out of You, So in Love, Lets’ Do It , Dream Dancing, Just One of Those Things, You’re The Top.