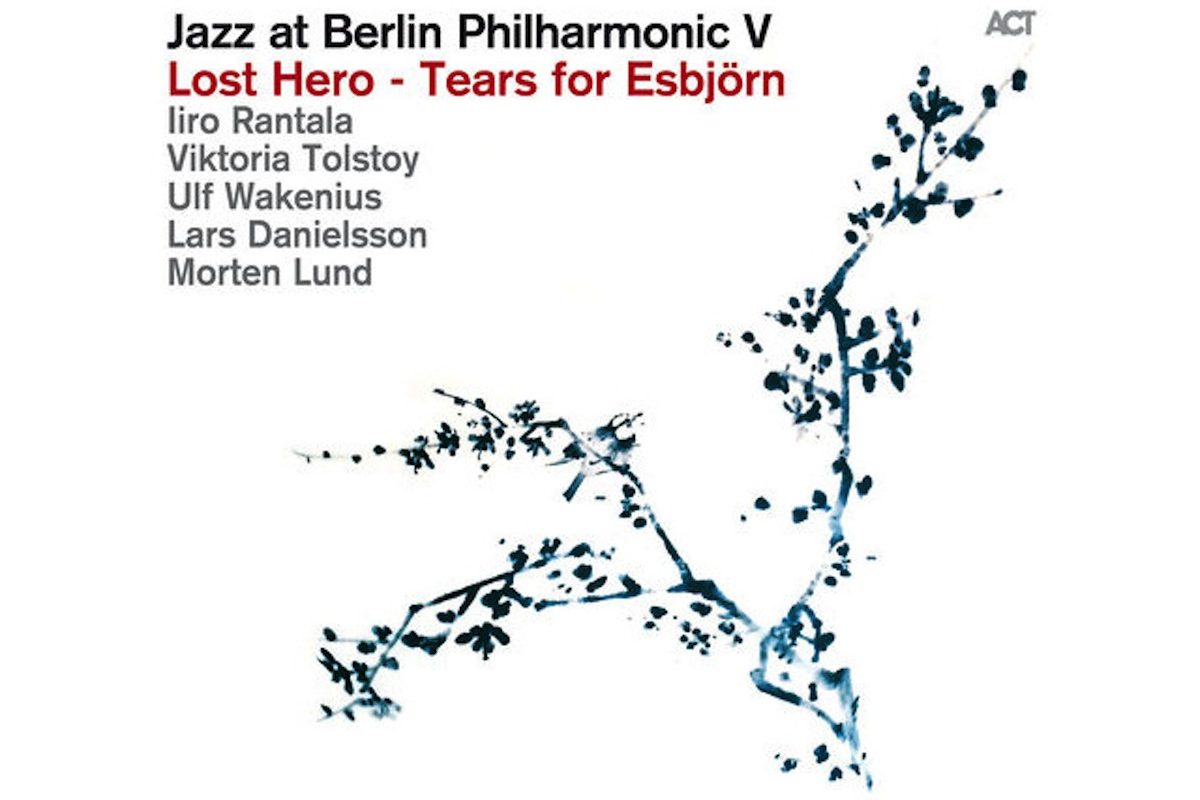 The ACT Company released several albums with the title “Jazz At Berlin Philarmonic” in the recent years. As suggested by this title, the company was bringing to light some very interesting albums with very different musical concepts. These works, each a project on its own, gave us countless clues about how European jazz and beyond were shaped within such a musical variety. The fifth instalment in these concert album series, “Jazz At Berlin Philarmonic V”, was released in 2016. We were already excited when we picked up the CD in our hands, because the title of the album was “Lost Hero- Tears For Esbjörn”. The album was dedicated to Esbjörn Svensson, an important European jazz pianist who has tragically lost his life in 2008. After a more careful glance, we saw that this album entirely consisted of Svensson and his famous band EST’s various different works. However, there was another reference in the title as well. It referred to the first solo album called “Lost Heroes” of a famous Finnish pianist, another master of Scandinavian jazz. This album has influenced us greatly in the past couple of years. We also realized that the lead musician of this album dedicated to Svensson was this very same pianist, Rantala. Because the second title of this album, “Tears For Esbjörn”, was the magical lament Iiro Rantala wrote for Svensson in his “Lost Heroes” album.

Rantala put together the pieces he composed for his own music heroes in his 2011 album “Lost Heroes”. There were pieces written not only for Svensson, but also for legendary musicians who have affected his life so fundamentally such as Bill Evans, Jaco Pastorius, Erroll Garner, Art Tatum, Michel Petruccianni and Oscar Peterson. Rantala brought these famous musicians as “lost heroes” once again into daylight, but without sacrificing his own musical vision and the integrity of the legacy of these masters.

Iiro Rantala focused solely on Svensson this time around for this new album. In addition, he also brought several musicians who were Svensson’s close friends, or passionate admirers of his music, and formed a “Quintet”. Except for Rantala’s piece “Tears Of Esbjörn”, all the works included in the album are either an EST classic or Svensson’s compositions, written for various projects. However, the emphasis is on the pieces that are identified with his famous trio. The band formed for this new album didn’t only pay close attention not to damage the musical attitude of EST, but also brought along their own expertise and experience to this effective performance.

We should not forget to mention Esbjörn Svensson Trio while we are focusing on this album. This group, which inevitably disbanded after Svensson passed away in 2008, has been called many things, especially when it came to their albums and performances. Critics called them a band that changed the direction of European jazz. They really did. Firstly, they were maybe the first jazz band followed not only by the European jazz circle, but also by pop and rock listeners. Their music wasn’t fusion jazz. EST wandered around a wide spectrum, occasionally rather eclectic, that reached out from funk rhythms to European classical music. Svensson’s piano style had as much to do with this as his ability as a composer. Svensson and his band didn’t compromise on novelty. Their sound was magical; it spoke to listeners of different genres, from classical jazz to hip-hop. They walked on this path towards new experiences without compromising much on the characteristic structure of the art of jazz. In this sense, Svensson’s passionate side brought along a different level of talent for improvization. He wasn’t afraid to experiment on electronic and mechanic sounds in the years prior to his death. All these expansions brought along an important fame and place for the band within the framework of European jazz. EST somehow grasped the spirit of its time period. They became a “jazz band” with a 200.000 people following during their tours in Europe, because they were able to reach out to different groups of music lovers.

Svensson was able to construct his unique identity as a musician in ten short years because of his piano style and techniques. He influenced many European pianists, many of which were younger than him. Many pianists followed his path and were able to excel. The same thing applies to this album’s leading name; Rantala. We can say that this accumulation lies beneath his respect for Svensson. However, Rantala isn’t simply an influenced musician; he can be called a master who is able to combine his musical feelings and his perception of jazz to his style. Svensson never was merely a fusion musician. His every album and composition took his listeners away to a different course. That is part of why he was surprising. He could on occasion play with an extremely emotional musical expression, and in other occasions he would emphasize his experimental nature or an avant-garde jazz musician. He seemed to carry the listener to a different lifestyle with a new perception. The group sound he created with his music influenced the newer generation jazz musicians in Europe fundamentally. This was an argument against the new millennium and the complicated web of communication it created. Therefore; he was able to bring European jazz to new horizons. The melodic variety of Svensson’s piano style and his shining tone has a lot to do with this. However; this variety of colors sometimes brought along a melancholic state of mind, whereas it sometimes created a tense emotional state. Svensson was actually a musician of inventions. Even though his music was extroverted, he occasionally left his listeners with surprising sessions with themselves.

Despite all these expansions and the moody atmosphere he created; the technical ability in his piano playing co-existed with his attitude towards improvization. Of course, the musical adventures of EST and Svensson should be diligently analyzed when it comes to their albums. At this point, we are talking about the innovations Svensson brought to European jazz and the aura he created. We aren’t talking about his musical genre in general, because there are CDs of their concert recordings as well as their eleven studio albums. It is evident especially in “Swedish Folk Modern”, the first of the two duo albums the musician has made with Nils Landgren, that Svensson has never turned his back to the musical resources of the geography he lived in. He is influenced by the folklore of his geography, just like all other Scandinavian jazz musicians. However, even though his melodies sometimes are influenced by the folklore, they transform into a new musical body on a wide and elastic platform that ranges from jazz standards to pop…