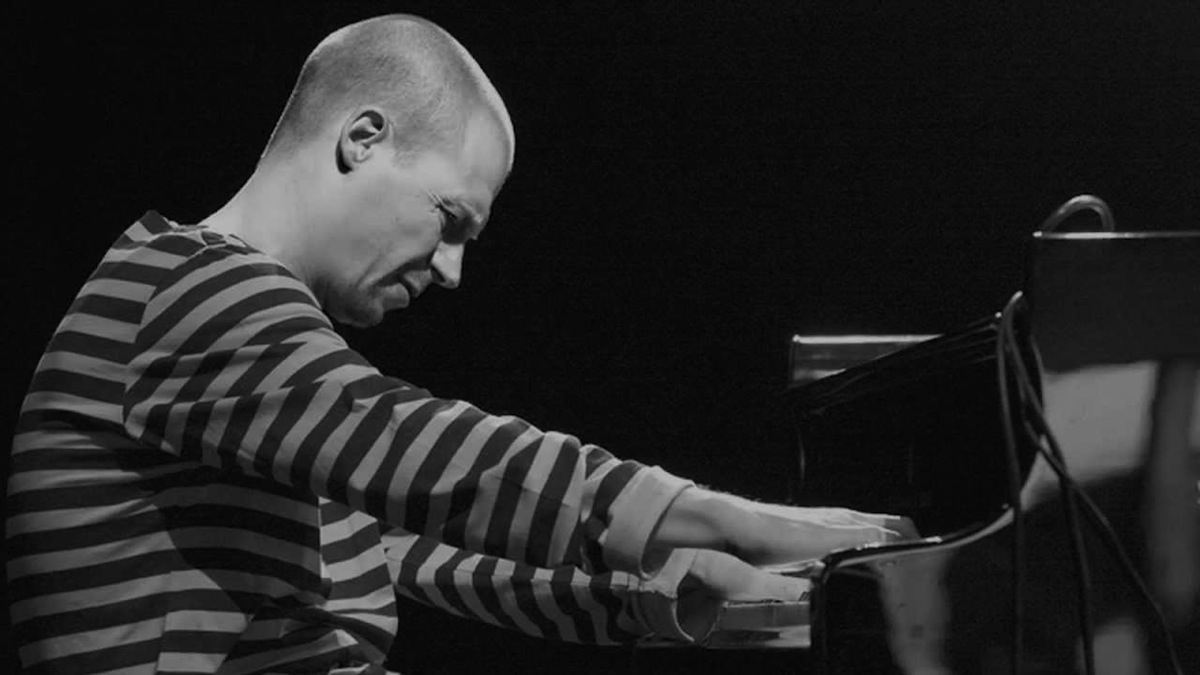 Going back to the respectable work created by this team, we get a chance to discover the richness of the famous pianist on music platforms. Rantala’s “Tears For Esbjörn” inevitably became the first track on this album prepared with the titles “Jazz At Berlin Philarmonic V”/ “Lost Hero- Tears For Esbjörn” and thought as an instalment in a special concert series. This piece with the characteristics of a ballad embodies powerful lyricism. Rantala salutes Svensson with this piece. In addition, he also makes the listener feel how he can reach out to high musicality with his own piano style with some help from his muses. Nuances in Wakenius’s style also are evident in this interpretation of the piece. Rantala seeks out the horizon with his trio in this sad and sincere piece, and the sound is almost like a combination of Rantala and Svensson’s.

The following piece is called “Love Is Real” and it reminds us of guitarist Wakenius’s memorial album with the same name which he dedicated to Svensson. More importantly, Victoria Tolstoy steps forward for the first time with her new interpretation. This piece is also soft and ballad-like. The passionate collection the guitarist shares with this is accountable for the new tastes, colors and expansions that can be felt in this piece. It is an elegant intersection point between folk. funk and jazz. Listening to the beautiful and effective interpretation of Tolstoy, one thinks of her contribution to the piece. Listener remembers that the EST team was behind Tolstoy’s first steps from Scandinavia to Europe, in addition to her album with Svensson. In this sense, Tolstoy respectfully salutes EST with her contribution.

“Waltz For Lonely Ones” is from Svensson’s “Close” (1993) album that he recorded with Lina Nyberg. Again, Tolstoy’s vocals are decisive in this piece. However, the musical richness of the piece is thanks to Rantala’s piano playing. It makes the listener feel like stepping into an interesting world of mysteries. Enthusiasm and sadness go hand in hand in this composition. Another EST classic follows this piece: “Seven Days Of Falling”. This piece is from the 2003 album of the band with the same name. In this new interpretation, Lars Danielsson’s nuanced bass style and Wakenius’s guitar expression transform the composition into something new. The incredible guitar playing of the musician contributes to the magical narration in the piece. The band took this piece to a whole new course of jazz. The guitar shoulders the responsibilities of the musical nuances of Svensson’s piano in the EST version. A different musical structure emerged. One thinks that Svensson would be even more excited than us if he could hear this interpretation.

This album gives the impression of an effective European jazz feast even from the first few tracks. The new emotions brought to life by the rhythm section contribute to the different inclinations of the pieces. The rhythm conversations play an important role in this. The following piece is an EST composition called “Elevation Of Love”. The passionate perception of the piece is thanks to pianist Rantala and guitarist Wakenius’s experimentations on different styles. The piece is played so perfectly that it gives the feeling of a studio recording instead of a concert one. Svensson’s vision is evident while hearing the effective melodic sentences of the musicians. Rantala weaves the texture of the piece with his emotional style. Wakenius brings new aspects to the piece with his solos and improvizations. This is an important example in showing the level that modern jazz, and especially European jazz, has reached today.

One recognizes a whole new aspect of Svensson’s music while listening to Victoria Tolstoy and Svensson’s “Shining On You” (2004) from the album with the same name. This piece embodies elements from pop and rock, as well as inclinations of African-American music. Tolstoy interprets this piece, written for her, differently than the album rendition. Elements of rock are emphasized and the talent of the guitarist are evident, while the piano creates the emotional atmosphere of the piece.

The next two pieces are two compositions which brought Svensson and his band EST fame for the first time: “Dodge The Dodo” and “From Gagarin’s Point Of View”. These are both like the “signature” pieces of the band. They lead the path in a musical sense of the word. EST actually first started to shine with their album “From Gagarin’s Point Of View” and its titular piece. Rantala’s piano playing is especially mysterious in this composition. The guitarist adds some elements of rock in his own interpretation of this ballad-like piece. Even though they approach the piece from a different direction, they remain loyal to the EST version. The piece is interpreted in an elegant and emotional way, true to EST’s sounds, through the effective melodic sentences of the band. “Dodge The Dodo” drew the attention of the listeners on the verge of the millennium, and it can be said that the band members are able to play this piece more freely. The elements of rock can be felt right away while listening to the guitar conversation in the beginning of the piece. They way rock and jazz go hand in hand in the melodic sentences is very interesting. This piece, and only this piece, could be called a “fusion” experience. The musical talents and technical abilities of bassist Danielsson and drummer Morten Lund are the most evident in this piece. The listener can get a glimpse of the bridge built towards the future of jazz during Rantala’s parts. These four musicians travel to new musical expansions with their power of improvization. The inquisitive sound created by these passionate admirers of Svensson and his music is inevitably heard during this EST classic. This piece will excite everyone who listens to it, but especially those who have connections to other genres as well. The audience’s reaction in the recording shows this. 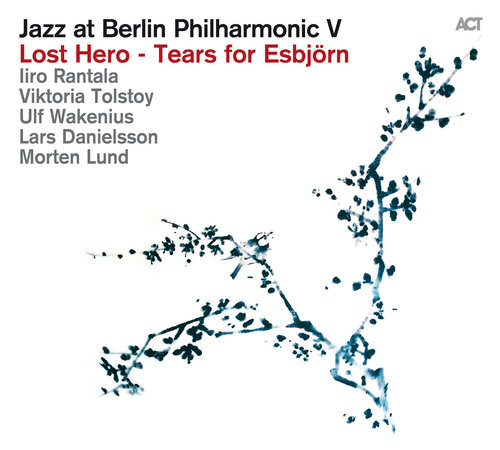 It is interesting that the last piece in the album is a John Lennon classic: “Imagine”. There must be two important criteria that helped in the decision of including this rock ballad in the album. The first one is because it is close to Svensson’s musical vision, his avant-garde and politic-humanist sensitivities. The second reason is the fact that Rantala, the most important architect of the album, builds a bridge between the singer (as a Lennon admirer) and Svensson. As you know, Rantala used Lennon’s “My Working Class Hero” as the title of his 2015 album. Not only that, he also re-interpreted many famous Lennon-McCartney songs with his piano, redefining them. Going back to the album, the first interesting point is Tolstoy’s interpretation of “Imagine”. The emotional theme of “Imagine” embodies a utopian, libertarian and equalitarian dream for the future. Tolstoy’s interpretation and the musician’s playing give this dream a new identity. Especially the parts where Rantala makes his piano speak just like a soloist are incredibly exciting. He connects Svensson’s dream with that of Lennon and his playing reflects this attitude. This doesn’t mean that the rest of the musicians are simply in the background. They remain loyal to their musical disciplines, while interpreting this classic with their own musical sentences.

Yes, this is a very effective memorial album dedicated to Svensson. The fact that this album consists not only of EST pieces but those from other projects makes it interesting. They didn’t stop there, but they emphasized Svensson’s libertarian vision through the Lennon song, in addition to including a piece written solely for him. This album, designed within the framework of the “Jazz At Berlin Philarmonic” series, is like a boutique panaroma of Svensson’s music, which influenced newer generation jazz bands and pianists. It reflects an important step in the different inclinations that emerged after the millennium. It is evident that “Lost Hero- Tears Of Esbjörn” was meticulously prepared. There are some interesting and surprising parts in some of these interpretations. The musicians respectfully commemorate the famous pianist, while not compromising on their own experience and tendencies. This is a unique project. In this aspect, it opens the doors for musicians who seek new tastes of European jazz. We are following this concert series of ACT with great attention. We will draw this review to an end by reminding the reader of the sixth album in these series: “Celtic Roots”.