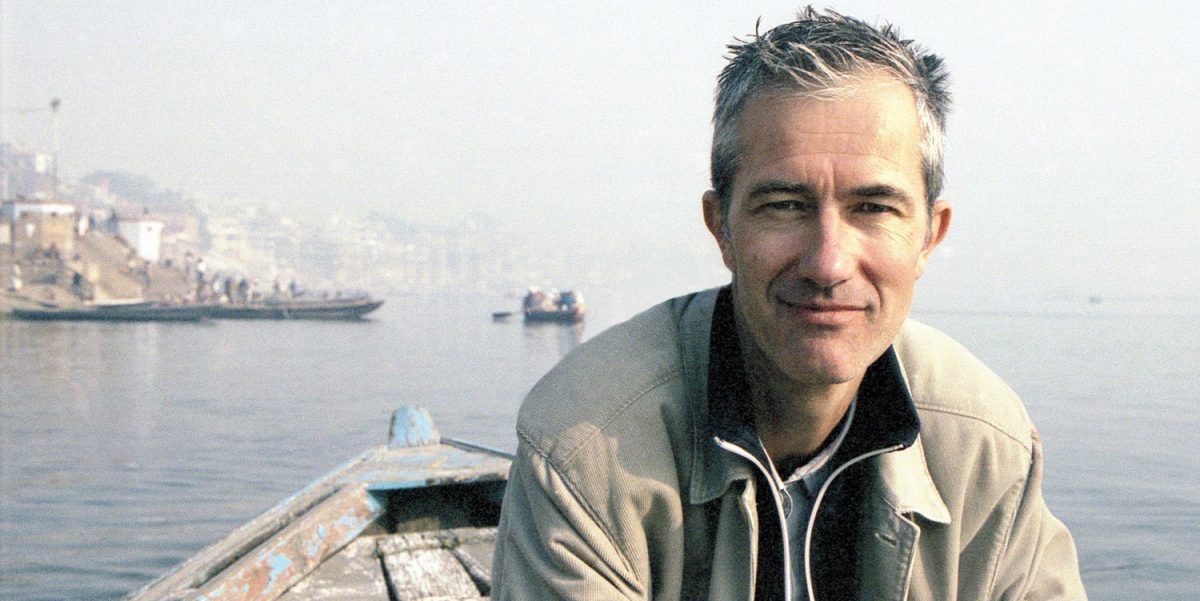 Geoff Dyer is a well-known writer in Turkish, with his essays mainly cruising between fiction and non-fiction. Although not all, he has published enough books over the years for us to have an idea about him. One of those pieces is the newly published Beyaz Kumlar (White Sands) On Geoff Dyer’s journey from French Polynesia to New Mexico to Svalbard, Beyaz Kumlar traces art and life through his essays, and there is a stop that will particularly attract jazz lovers: the Watts Towers in Los Angeles.

“The towers rose strong, complex, pleasantly above our heads: reckless like sci-fi and in Gaudi style at the same time. They resembled a forest of trees, tied together by concrete vines, but the leaves have no umbrella or cover. But they also looked like inverted and decorated corkscrews at the same time.”

Indeed, for its construction (or should I say its purposelessness?), the materials used (construction irons assembled with simple tools, glass, ceramics, bottle bottoms, cornbread molds, carpet sticks, tap heads, steel rods assembled by bending and twisting without welding, bolts, and rivets, etc.) one cannot decide what to compare and how to approach the Watts Towers. But as Geoff Dyer specifically points out, “Part of the strength of this place comes from the fact that it’s impossible to specify exactly what these towers looked like.” Furthermore, the construction process of Sabato “Simon” Rodia who has nothing to do with architecture, started by saying ” I want to build something big” and “constructed” the towers with his own hands. The story gets particularly interesting after Rodia leaves everything to his neighbor in 1954 when he finally finished the work, with some problems with the official authorities aside.

The Watts Towers, which was in danger of being demolished for a while but is now an officially registered structure, is nowadays an arts center where various trainings are given and some events are hosted. Among these events, there is a traditional jazz festival. However, Geoff Dyer brings together Watts Towers and jazz, not because of this festival, but from another perspective: Famous trumpeter Don Cherry’s 1975 album Brown Rice. Because on the cover of this album, there is a picture of Don Cherry posing in front of the Watts Towers.

“Skeleton-like spirals with silhouettes rising against the twilight, in the foreground is Cherry embracing his trumpet, dressed not only in the style of not only African but also stellar alliance. Altogether, the purple-blue sky, Cherry’s outfit, and these rocket-like towers gave the impression of a place Sun Ra would choose to launch into space and return to Saturn.”

We are more used to seeing his painter wife (more precisely, an interdisciplinary artist) Moki Cherry’s unique designs on Don Cherry’s album covers. Moki Cherry’s signature is always featured on Don Cherry’s stage outfits and concert posters. (Including Don Cherry’s album Live in Ankara and the poster designed for that concert!) Therefore we don’t know why this picture was chosen for the album Brown Rice (by the way, there is a Moki Cherry version of it as well). However, when you listen to the Brown Rice album knowing the story of the Watts Towers thanks to Geoff Dyer, it is understood that the photograph is not the wrong choice. When we listen to it for the first time, we can easily compare the album to discovering a new planet, and it will not be surprising to come across structures like the Watts Towers on that new planet…

Unfortunately, only one of Geoff Dyer’s essays he put together in his book Beyaz Kumlar is directly related to jazz that leaves you craving for more. On the other hand, even this single article is enough to get that feeling that will make you say; that Geoff Dyer’s interest in jazz cannot be limited to this! In fact, only, Dyer has published his book Ama Güzel(But Nice) only one month after Beyaz Kumlar .

In his book Ama Güzel, Geoff Dyer focuses on nine famous jazz musicians: Duke Ellington and Harry Carney, Lester Young, Thelonious Monk, Bud Powell, Ben Webster, Chet Baker, Charles Mingus, and Art Pepper. By dedicating a specific chapter to each name, he discusses their turbulent lives in his own unique style. In the last pages of the book, although he listed the sources he used while writing the articles, Geoff Dyer stated that he is inspired by photographs originally. Most importantly, he had improvised according to the spirit of jazz: “I wasn’t sure how to book would turn out when I first started working on it. This was a huge advantage since I would have to improvise; for the act of writing would start from a foundation specific to its subject from the very beginning.”