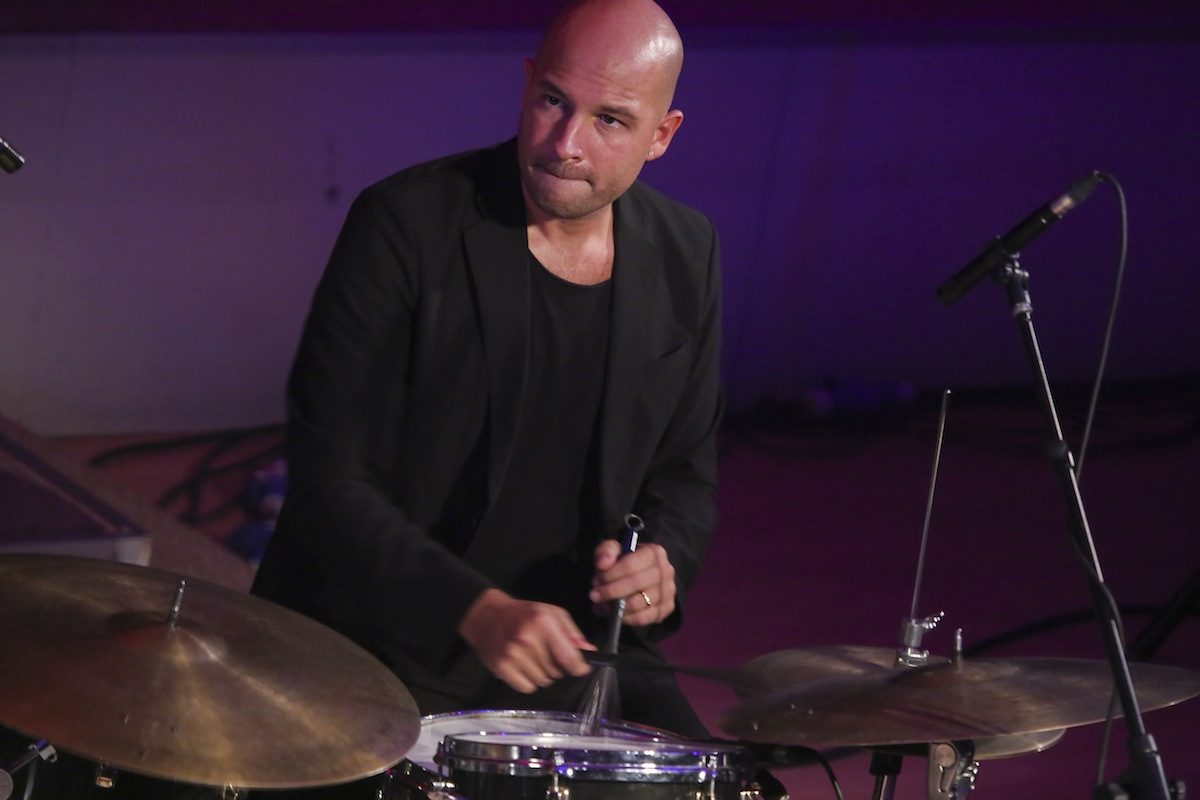 Born in 1982 to a jazz loving family, Ferit Odman is one of the most important jazz drummers in Turkey despite his young age. His consecutive albums, the musicians he has played with and the projects he contributes to are proofs to this. He answered “Until I am a globally acclaimed jazz musician, you can see me on every stage and venue” to one of my questions, supporting this idea.

Odman was the guest of NTV Radio’s “Bizim Cazcılar” program, and he talked about the magic of drums and cymbals, the positive effect of his marriage on his music, and his story from his childhood to today. He shared a lot about jazz in Turkey and jazz musicians.

Ferit Odman has recorded three great albums, including his latest “Dameronia With Strings”. He has recorded his first album “Nommo” in 2008, when he was a student in the US as a 24 year-old. He released it in 2010. Following that, he released “Autumn in New York”. His latest album “Dameronia With Strings” was recorded in an analogue fashion, and places more attention on the stringed instruments compared to his previous records.

If you wish, you can listen to “Mr. AT” from his Nommo album, “Alter Ego” from Autumn in New York, “On a Misty Night” or “You’re a Joy” from Dameronia With Strings while reading this interview. I am sure it will be pleasant.

Can you tell us about how music first entered your life? What kind of a household did you grow in? As far as I know, your jazz adventure started at an early age?

Actually, it didn’t start at an early age, it shared when I was in my mother’s womb. I grew up in a household with parents who love jazz, and they would constantly listen to jazz records. Of course, growing up in such an environment where everybody would listen to jazz, and not any genres of Turkish music, was instrumental in me becoming a jazz musician. You can grow up like this, but never end up touching an instrument. For example, I am the only musician in my family. I was constantly doing something with my hands when I was a child. I would bang on pots and pans, or keep rhythm on my knees, so my family encouraged me to play the drums when I was around 10-11 years old…

The fact that you were an active child has influenced you to pick the drums. What other influences were there?

Yes, I picked the drums because my hand and feet wouldn’t stop moving. I have also been interested in cymbals. The shiny look of the cymbals has always effected me. I think that every child around who is around 10-11 years old has been taken aback by the magic of the drums. On the other hand, I am very thankful that I turned this interest into a profession. When you start playing at such an early age, you grow up surrounded by people in the business. I was suddenly the drummer of the school orchestra. All my friends were musicians or people interested in music. Once you get into the circle of musicians, you stay there. Of course, me playing the drums and my middle and high school years with those friends were instrumental. We lived in Bursa. This really shaped my music life now. My life revolved around the drums, and not around textbooks.

Can we say that your life changed after the High School Music Competition?

I can’t say that my life has changed, music was already in my blood, but when I was in middle school and high school, Milliyet Newspaper hosted competitions called ‘Milliyet Inter-High School Music Competitions’. We prepared for this competition as the students of Bursa Anatolian High School for a whole year. We had been placed first once, second twice and the third once when I was the drummer of the band. The drums and music were my life during those school years. 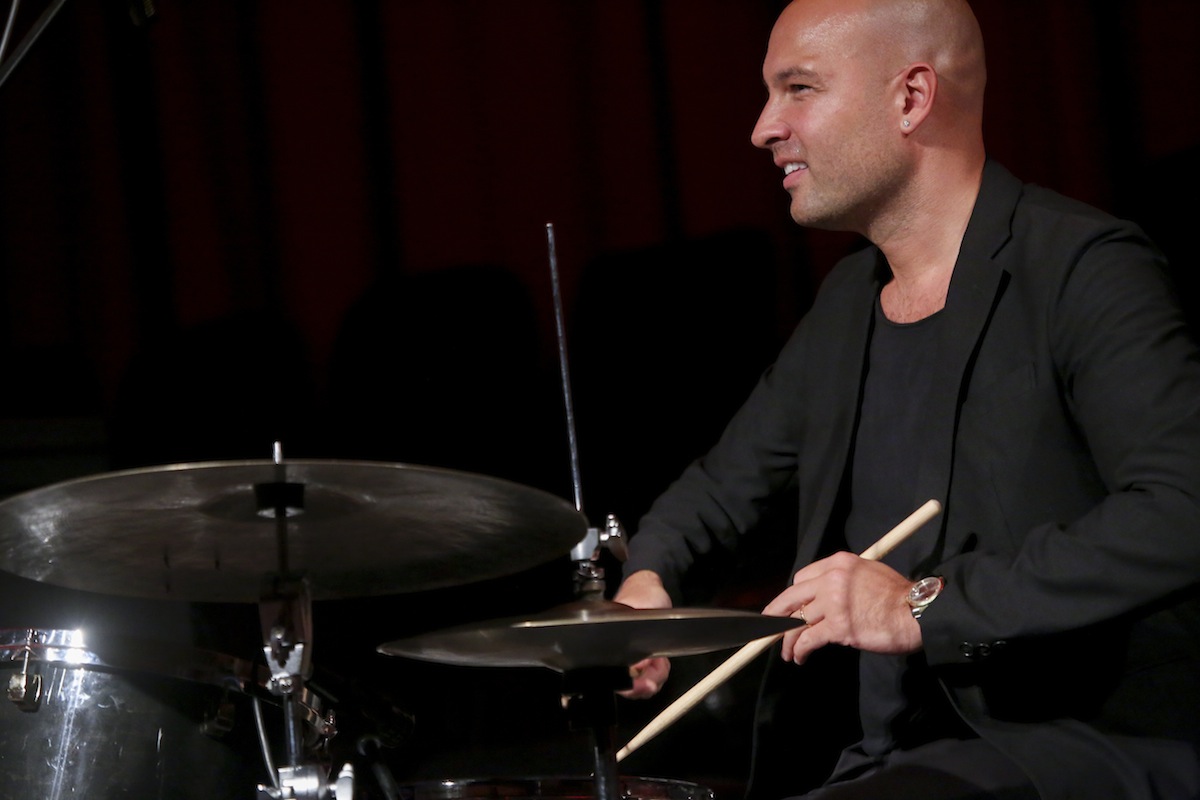 “I played with the Swedish Military Band”

Did you make the decision to pursue a jazz education in Sweden or was your family influential in this decision? What was being a student in Sweden like?

I actually didn’t go to Sweden to study jazz. There is an exchange program called American Field Service (AFS). My mother also went abroad as an exchange student. You pick several countries. I got Sweden. I spend one who year there, when I was 17-18 years old. I stayed with a family. I lived in a town with the population of 8 thousand, and studied in an amazing music department. I started to play with my teachers and was chosen to play with the school’s Big Band. I also played classical trumpet with the Swedish Military Band. That year was filled with music and that’s when I decided to pursue being a professional musician. My teachers also pushed me, saying “You definitely have to become a musician” and that was the final nudge I needed; this was back in 1999-2000.

Then you got enrolled in Bilgi University. Why didn’t you study abroad?

A new and great department had opened in Bilgi University when I returned from Sweden. Founded by Ali Perret, this department had Can Kozlu, Aydın Esen, Cengiz Baysal and some other great drummers as instructors, as well as teachers from the States, like Ricky Ford. I got full scholarship. I actually wanted to study abroad. But I picked Bilgi University because of the scholarship and the fact that it was in Istanbul. Of course, my love for the States was still there. I kept on flirting with the States while I was studying at Bilgi University. Nardis Jazz Club was founded around these years. We spent 4 amazing years there; we would practice the things we learnt in the university at the club. Then I went to the States for my graduate studies. I successfully graduated and returned to Turkey. Yes, with success, even Kerem Görsev says “His GPA wasn’t 3.99, but a full 4.0” during our concerts. Right now, I play in every venue and on every jazz stage. You can run into me practically anywhere. 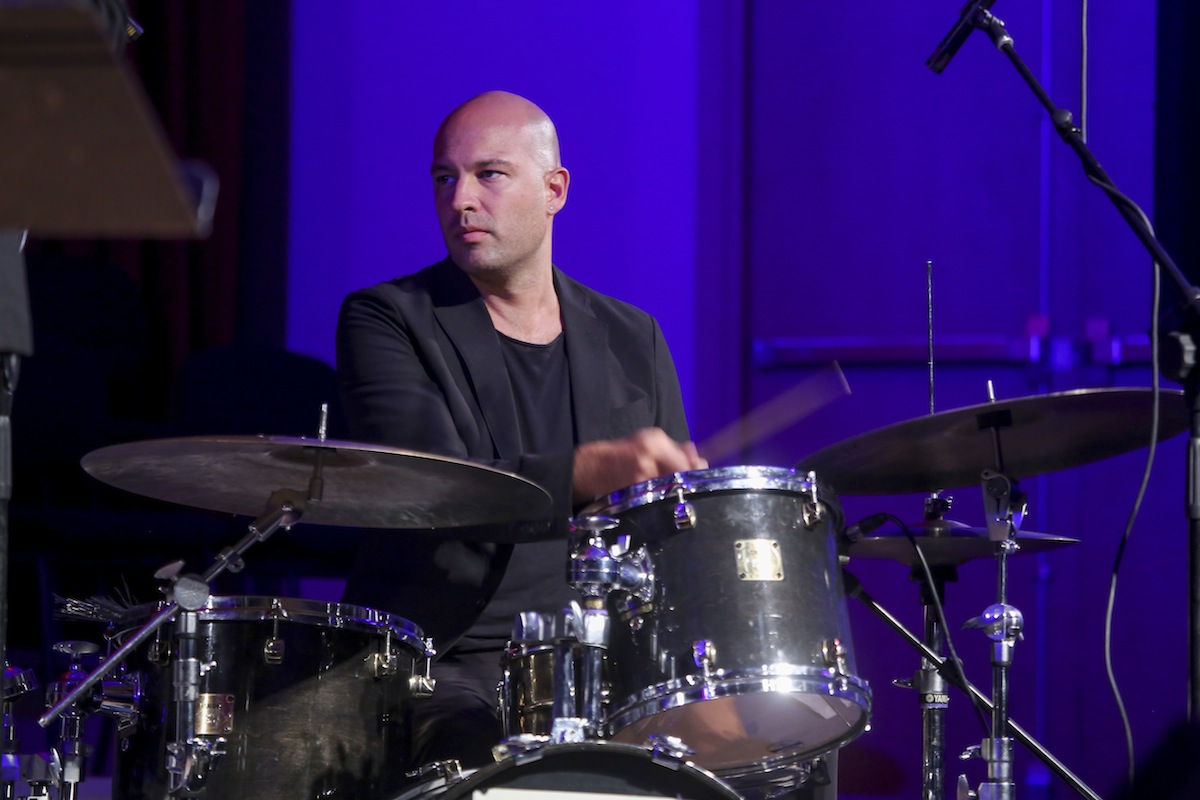 “I Live With The Love For Music”

You are now a jazz musician in Turkey, after university and your studies in New York. What are your goals?

I live with the love for music. My goal is to always make music with musicians who are far better than I am. If I cannot do this, nothing else matters. I already am doing what I love the best. While doing this, I want to work with amazing musicians and become a globally acclaimed jazz musician.

What would you suggest to newcomers to jazz?

One must first listen to all the masters. From Charlie Parker to Miles Davis, from Bill Evans to John Coltrane. One really has to assimilate and understand these musicians. Because there are the forefathers, who wrote the book of jazz. If we are talking specifically about drummers, one has to analyze drummers like Roy Haynes and Art Blakey. I think the most important thing is to listen, and then a correct education and meeting people while learning and forming good bands, and of course to keep producing.

The jazz venues in Turkey are numbered. Why is this?

I can say that this is due to the fact that this genre is still not known widely in Turkey. I think we all have to support Nardis, our only jazz club. There have always been jazz clubs in Turkey in its history. I mean Istanbul when I say Turkey. I wish there was a jazz club in every city… Nardis Jazz Club, founded in 2002, has been my second home. I wish I had 5 other homes like this. Or an environment like New York, where you can go to 10 jazz clubs in one night and listen to 20 different bands… 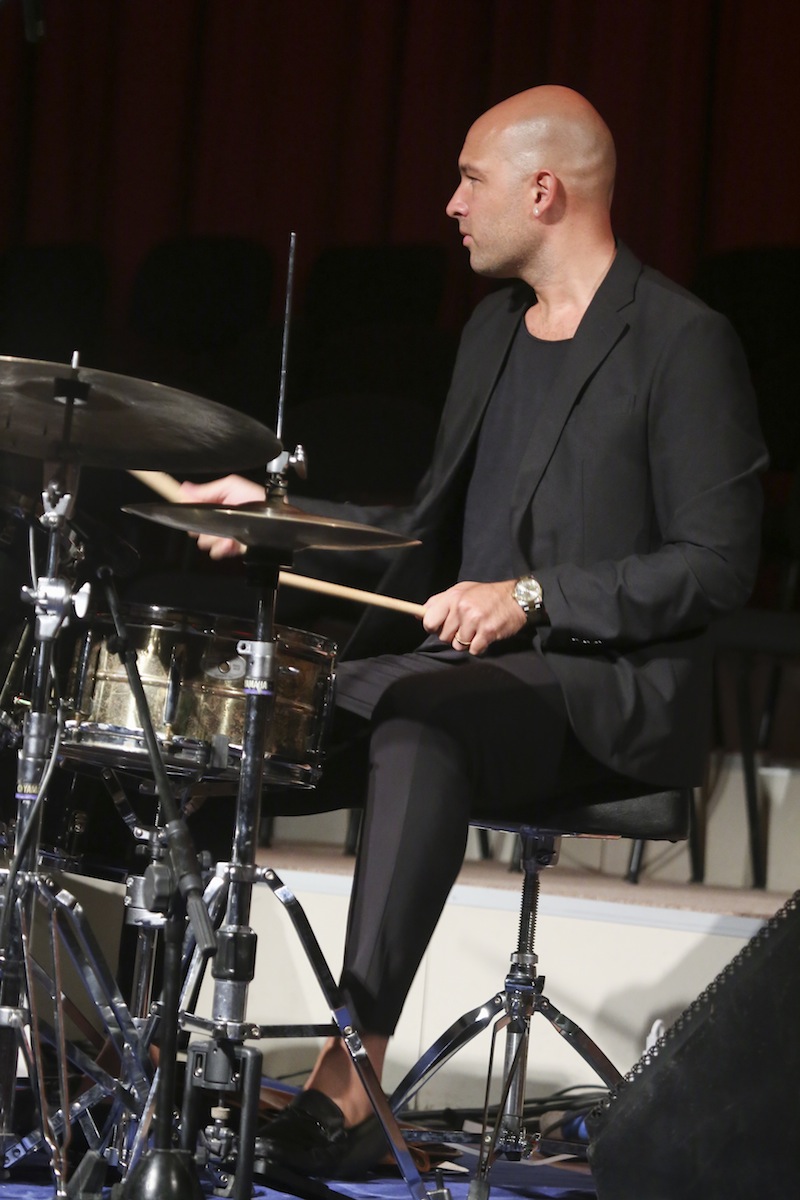 What other genres do you listen to other than jazz?

I only listen to jazz.

How is your marriage and music life going?

My biggest marriage is to the drums and music. On the other hand, I have my beloved wife, this is another kind of marriage. I am happy that I got to marry the love of my life. It is incredible, being married to someone you love. I wish this kind of happiness for everyone. My profession nurtures my marriage.

What kind of people are jazz musicians?

Jazz musicians are life-affirming and a little more positive than the rest. They are focused on producing, just like other musicians. They also like eating and drinking, and like me, a lot of them like shepherd dogs. They are interested in the beautiful things in life. Because jazz harmony and its melodies are very nurturing. I don’t know how to put it; jazz musicians have a different profile. And jazz is a world hard to enter for many. But once there, they cannot leave this world…

I would like to thank Ferit Odman for this enjoyable interview…