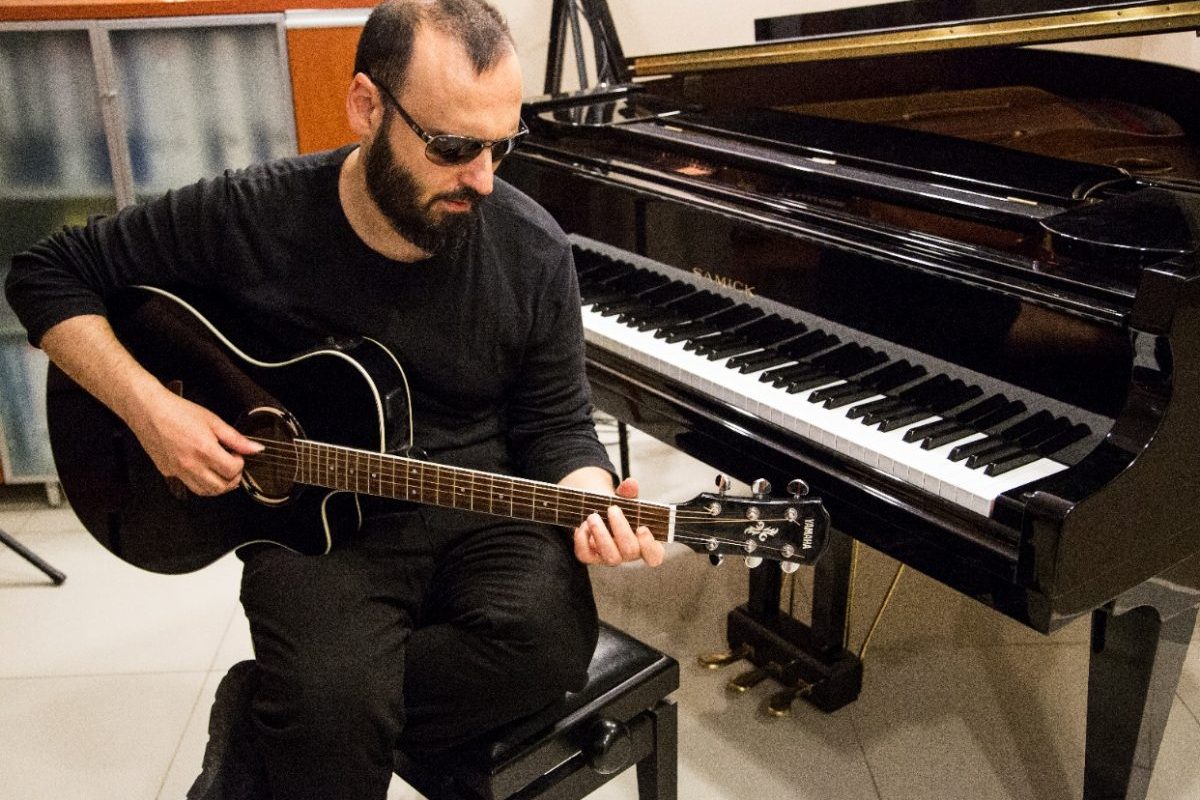 Yalçın Hasançebi’s first album “For A New Life” was released through Garaj Music label in 2018. Hasançebi is accompanied by Halil İbrahim Işık on the piano, Cemal Sönmezkale on the bass, Burak Cihangirli on drums, Şevket Akıncı on electric guitar, Siney Yılmaz on tenor saxophone and Gülce Duru on the vocals in the album. The guitarist moved to Geneva shortly after and continues his work as a musician and academician. We conducted an interview with Hasançebi about his album and his approach to jazz music.

How did you start playing the guitar? Which musicians influenced you?

I started playing the piano in Germany when I was 7-8 years old, but I changed my mind suddenly when I was 10. We were on vacation with my mother’s close friend, whom I can almost call my aunt Elif, in Balıkesir Ören. She was a crazy lady and she took me to a bar with live music at 1 am. A red-headed musician with a goatee was playing the acoustic guitar and singing. I fell in love with the sound of that guitar and I begged my mother to get me one the next day. I was very lucky, because my mom bought a Fender acoustic guitar with half of her salary. Then I played in the same band with a guitarist with incredible technique, Çetin Bülbülkaya, who studied this instrument in America. I can say that I learnt so much from him. (unfortunately he passed away). I got the opportunity to work with other prominent musicians later on. I am still looking for ways to improve myself.

I have been influenced by musicians such as Eric Clapton, Kirk Hammett, Marty Friedman, Paul Masvidal, Andy LaRoque, George Benson, John McLaughlin, Phil Collins, Miles Davis and Tony Williams. Another advantage I have is the fact that I have students. I get the opportunity to refresh old style and even learn new things since we study all sorts of genres with them. I don’t know why but I have always tried to keep my repertoire varied and tried not to be limited to only certain genres.

Let’s talk about your stance as a musician before we proceed to talking about your album. For example, your graduate thesis was on Miles Davis’ electric period…

I have witnessed that there is a really strong opposition against “electric” in the jazz world. This concern can be seen in some of our Turkish jazz musicians as well. For example, one of our most prominent jazz critics wrote “He messed up a bit for a while but he then returned to his roots” about Wayne Shorter’s Weather Reports years. Again, a well-respected pianist said “Those cannot play if we unplug them but we can” during an interview. I think jazz is a genre that should be welcoming and ever-evolving. Traditionalism doesn’t suit the nature of jazz. However, musicians of all genres can have such an attitude. I will give another example. When I was playing rock, people would look down upon rock bands with keyboards. This is why I really appreciate a contemporary approach like that of Aydın Esen, Sarp Maden, Alper Maral and Timuçin Şahin in Turkey. I can say this perspective played an important role while I was deciding the subject of my graduate thesis. 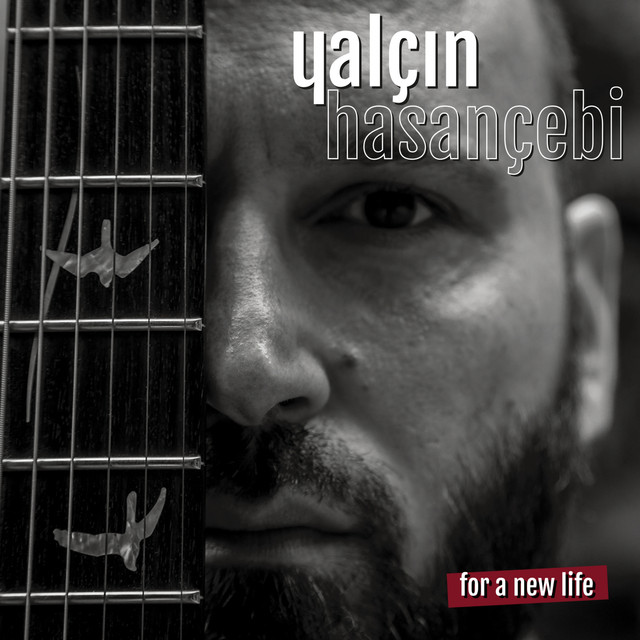 You mentioned that musicians can be a little conservative. How do you view the outlook of Turkish listeners on jazz music?

Being an instrumentalist is hard everywhere but it is even harder in Turkey. We are generally closed to anything but the melody in pieces. Of course, this can be overcome through education but we were asked to sing monody choir songs in elementary schools even in the 90s. This lack of an infrastructure drives Turkish people away from classical music, jazz or experimental music. This is why not all genres receive the same attention, unfortunately. Discovering new things and getting to know new sounds are not familiar to our “art lover” audiences. I noticed that many musicians around me are drawn to manouche music lately. I think this started with Zaz in Turkey. It is obvious that this jazz subgenre is preferred because of its similarities to Turkish music. It is a happy occurrence on one hand: there are musicians who are trying to make jazz more popular. But the other subgenres of jazz are again abandoned.

Now on to “For a New Life”… What was the idea that influenced this title?

Alper Maral, my teacher, gave me the idea. My wife’s name means “rebirth” and I chose the title as a gift to her, because she has been a huge support during the making of this album.

The opening song of the album “Time Water” has a different sound than the rest of the tracks. Why is that?

This album actually embraces some “hard” elements from my rock past, but still sounds jazzy and bossa-like in general. There are two pieces which we recorded but didn’t include in the album, I removed them from the track list at the last second. Şevket Akıncı’s electronic sound shaped “Time Water”. I also wanted to give a hint about the music I want to do in the future.

We will come to that later on. But let’s talk about the musicians you worked with first. How did your paths cross?

Most are musicians I met during the years when I was working on my graduate degree in Bahçeşehir University. They played from the heart and contributed greatly to the album. The textures were great even though we haven’t been playing for a long time. Unfortunately I wasn’t able to get together with them after the release of the album. We gave only 3 concerts and then I moved to Geneva. There are musicians I would like to work again with. I think the inclusive nature of jazz is like this: People want to help one another.

What is the initial feedback on the album like?

Many musician and non-musician friends really liked the album. It made me especially happy that everyone has their own favorite pieces. Many asked me why the album is not dominated by the guitar. I can answer this: I was working on my graduate degree on jazz while writing this album and I was naturally very theory-oriented. I asked Kamil Özler to listen to ‘Samba Kisses’ and he really liked this piece, he liked the idea of writing an arrangement for it and recording It again. Unfortunately that project was left unfinished due to my move. I hope to finish it in the future as this would make me very happy. 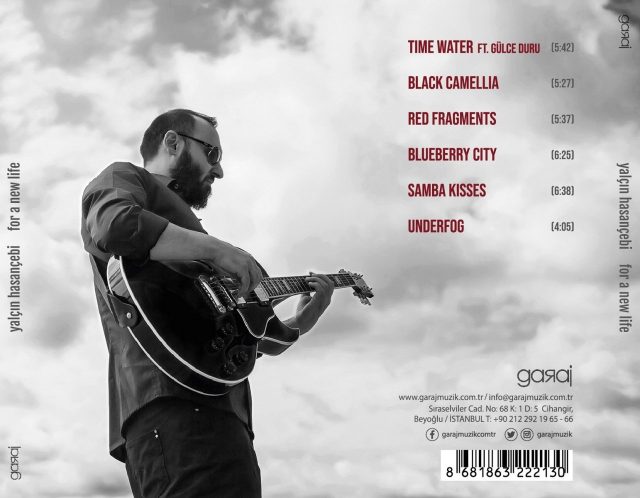 Could you tell us a bit about the music you want to make in the future? What awaits us in your next album?

This album was recorded more like an ensemble atmosphere. The musicians had the notes in front of them. We added the bits and pieces that emerged in the studio on top of these. The album was recorded in a short time in a spontaneous fashion. I am very pleased with the result nevertheless. I won’t hurry with the next album and it will have a longer preparation time. I plan to write separate partitions for each instrument. I will add more electronic sounds for sure. I constantly felt the need for a synthesizer while recording this album. It was recorded without a metronome, but we added keyboards and effects afterwards to various bits. We initially struggled a bit because of the lack of a metronome but I was lucky to work with an experienced tonmeister like Sarp İnceiş.

You mentioned that you moved to Switzerland shortly after the album’s release. What was the reason for this big change?

I spent the majority of my childhood in Germany, so it isn’t a foreign culture to me. I moved to Switzerland a week after the album’s release. That’s why I couldn’t focus on a launch concert or marketing. It was unfortunate timing. But looking at the glass as half-full, Geneva is an art-loving little city with music schools on every corner. Another good thing is that it is closer to most of the European capital cities than Istanbul is to Ankara. It is far away from chaos and commotion (making commotion can actually be seriously penalized by law). One can concentrate better. And it is a cosmopolitan city. I have already met many musicians from many different cultures. I hope to learn something from this collective music culture. I am sure many interesting projects will take shape in a while.

Are you considering making rock or metal music again?

My band and I actually played at Barışarock in 2003 the last time. That was my last rock concert. Making music that combines jazz and rock, or even more genres, has been an attractive idea. I received the master of an album we recorded in 1999 and released as a cassette tape and I plan to re-master it to put it on Spotify. I will work with my teacher Alper Maral on that. There are several pieces I wrote during my composition classes and I want to bring them to life soon.

You have been teaching for a while, will you continue doing that?

Yes, education is very important to me. I want to reach bigger crowds and I have projects for that. I might start on my doctorate after brewing a little longer (most likely in Europe). I had long-term students and there are some rising stars among them. It isn’t easy to manage the academic life with teaching and being a musician but it doesn’t seem that I can give up on either.