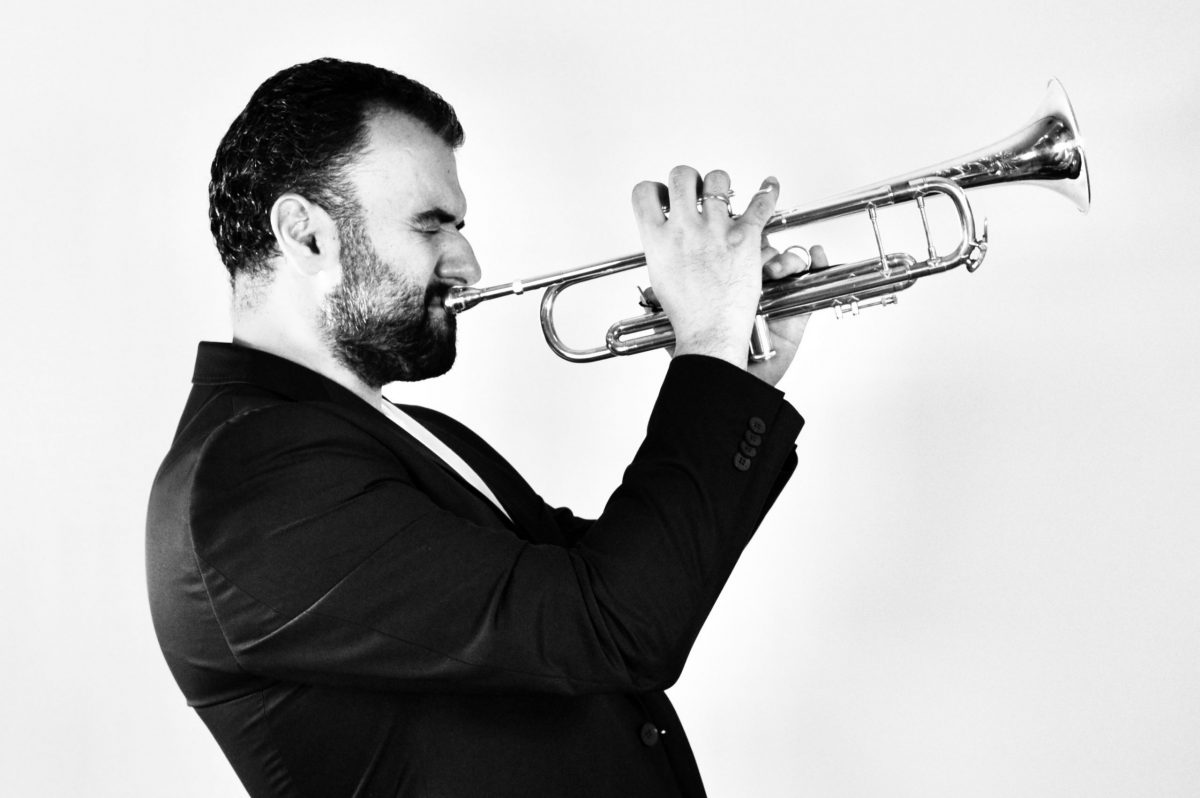 It has been a while since we listened to a Turkish big bang recording but Halil İbrahim Işık’s “BA-BE” with Bosphorus Big Band changed that. “BA-BE” breathes some fresh air into the big band culture, an international classic in the music sector. The album features arragements of “A Time for Love”, “Cute”, “The Days of Wine and Roses” and “Stolen Moments” as well as the titular piece “BA-BE”, written and arranged by Halil İbrahim Işık. Işık’s trumpet and piano playing is accompanied by Serhan Erkol, Duru Tuna, Siney Yılmaz, Barış Ertürk, Çağdaş Oruç, Engin Recepoğulları on the saxophones, Şenova Ülker, İmer Demirer on the trumpets, Bulut Gülen, Hakan Çimenot and Ali Emre Kayhan on the trombones, Cem Tuncer on the guitar, Kağan Yıldız and Ozan Musluoğlu on the double basses and Volkan Öktem, Ferit Odman and Ediz Hafizoğlu on the drums. We discussed the current news and album with the musician.

Big band can be a non-popular choice with musicians due to the complex production process even though it is one of the most enjoyable formats when it comes to listening and watching. When and how did you decide to record a big band album as your first one as a member of the TRT Big Band and CRR Big Band?

Hakan Çimenot, Çağdaş Oruç and I made a layered recording in 2013 at my own studio Keyboardistanbul and came up with the sound of a big band with 13 members. Then I asked Kağan Yıldız and Ferit Odman to play on top of these tracks. Ferit asked “Why don’t we turn this project into an album?” when we listened to it together. And the decision to make an album with the Bosphorus Big Band came about with dear Ferit’s question.

There are many prominent musicians in the team. Which criteria did you abide by when choosing them? We already know how important interplay and team spirit are in addition to technical ability.

Every single member of the Bosphorus Big Band is an esteemed musician in their own field. Therefore we didn’t even need any criteria. I only tried to bring together musicians who like to play together.

BBB actually is an orchestra founded in order to accompany musicians coming from overseas instead of performing its own repertoire. How do you make the connections in this sense?

I had two priorities while putting Bosphorus Big Band together: First; to accompany foreign musicians as you also mentioned and second; to make it an institution. We are working with a big communication network for both these goals.

Let’s talk about the repertoire. Your titular composition “BA-BE” is featured in in addition to the arrangements of some sweet pieces such as “A Time For Love”, “Cute”, “Stolen Moments” and  “The Days of Wine and Roses”. “BA-BE” is a special piece in many aspects. Especially the piano solo seems to speak for itself.

“BA-BE” brings together the first two letters of my wife’s name Banu and Beliz, our daughter whom we lost in 2013. I wrote this composition with the emotional intensity I was going through in that period. Everyone has different pains, joys and lives. Some express these intense feelings outwards and some live these within their own internal world without expressing them to the outside world. I wrote my feelings into this composition. I combined all the emotions I went through that day and wrote them in notes, then we arranged it for a big orchestra and recorded it; that is how “BA-BE” came about.

Your wife Banu Işık is a very talented musician herself. It is evident that she was a major source of inspiration even though she didn’t join you as a musician. Do you have any plans to record together?

I have always felt the support of my wife. Of course, we record together. Especially during this pandemic era. We recorded the Grammy Award winning band New York Voices’ “The Sultan Fainted” at home with Banu Kunt Işık on the vocals, Volkan Öktem on the drums and percussion, Eylem Pelit on the bass guitar, and myself on the piano, synth and flugelhorn to release it on social media. We sent this cover to New York Voices. They kindly shared it on their official page and relayed us their congratulations.

Let’s finish our conversation with two current subjects. The album release coincided with the pandemic era that took the whole world in its grasp. We see that musicians are paying the biggest price during this time when all the economies and sectors in the world took a toll.

We unfortunately belong to a sector that is paying the biggest price in this situation. I personally belive that every curveball life throws at us contributes to our personal growth. I believe I have to keep working without any complaints no matter what kind of period I am going through. I have always experienced the good things working brings to one’s life. 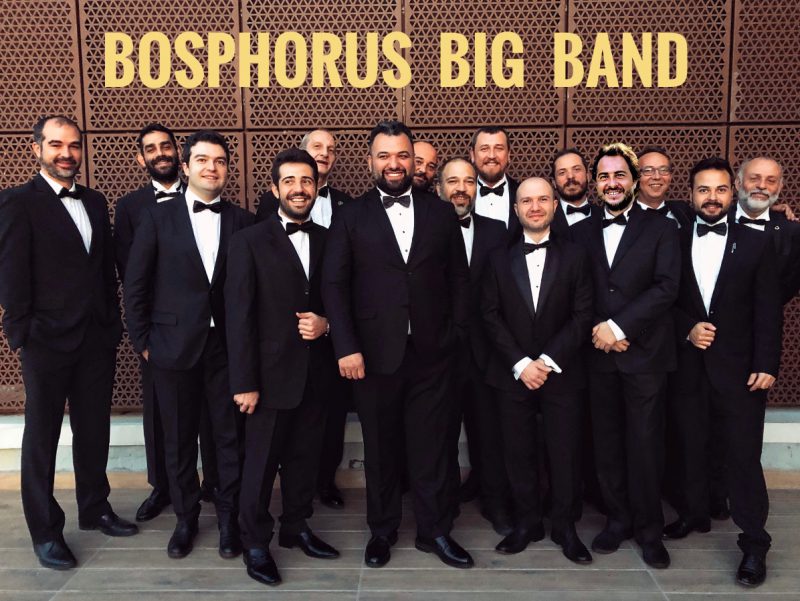 The racist events happening in the USA received a lot of attention worldwide. We are among those who should be the most vocal about this, keeping in mind the roots of jazz, a culture we all hold on to tightly in a professional and emotional sense. What would you like to say about this?

Since our topic is music, I would like to reply your question with a song that I find very meaningful: John Lennon’s “Imagine”…

Who is Halil İbrahim Işık?

Halil İbrahim Işık was born in Istanbul in 1980. His interest in music started when he was 8 years old. He was accepted into Istanbul University State Conservatory’s full-time trumpet department in 1991 as Şenova Ülker’s student. He continued with his half-time piano education with Ayşen Kapoğlu during this time and took an interest in jazz as well as classical music. He worked with Şenova Ülker, Süheyl Denizci, Neşet Ruacan, Kamil Özler, Emin Fındıkoğlu, Baki Duyarlar and Selen Gülün. He played the trumpet with Istanbul State Symphony Orchestra and Cemal Reşit Rey Symphony Orchestra between 1995-1999. He was a member of Istanbul University State Conservatoire Symphony Orchestra that was chosen to be the best Youth Orchestra in 2002 International Beethoven Festival in Bonn. He got the opportunity to work with some of the most prominent maestro in Europe such as Krzysztof Penderecki, Rah Pari, Helmut Rilling and Peter Gülke. He has played the piano and the trumpet in various albums and with many bands since 1994 and shared the same stage with World-famous musicians such as Christian McBride, Kurt Elling, Dee Dee Bridgewater, Dianne Reeves, Natalie Cole, Randy Brecker, Sibel Köse, Roberta Gambarini, Kandace Springs, Roy Hargrove and Joshua Redman. He received his masters degree in Jazz Composition, Trumpet and Sound Engineering at Bahçeşehir University’s Sound Technologies and Jazz Academy. He is a member of TRT Light Music and Jazz Orchestra, Istanbul Superband since 2002 and is the lead trumpet player in Cemal Reşit Rey Bigband since 2005.