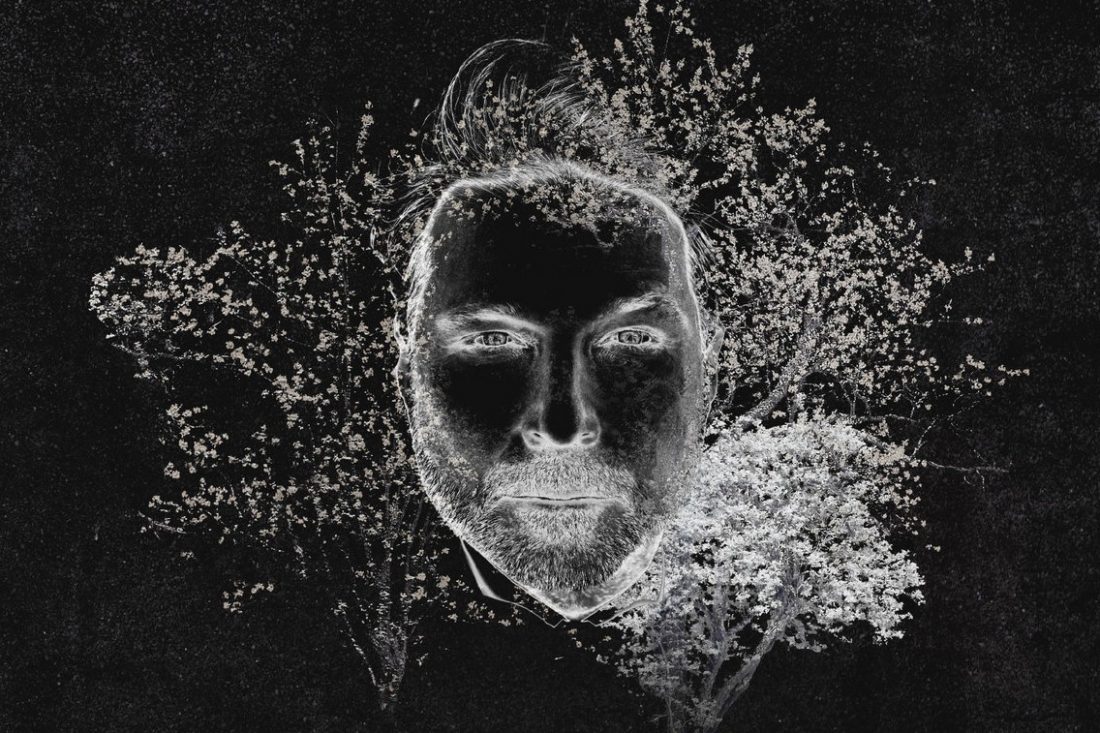 What does the forest sound like? The wind rustles in the treetops, birds chirp in a variety of tongues, the undergrowth crackles, now and then a brook babbles, a deer scurries, a snake hisses, a woodpecker hammers. But how does the forest sound when no trees, ferns and mushrooms sprout from its soil, but saxophones and trumpets, piano, guitar and double bass? Cologne composer and saxophonist Heiner Schmitz finds fascinating answers to this question on his new album “Tales From The Wooden Kingdom”.

Schmitz already recorded the album “Odyssey” with the CCJO in 2012. Back then, too, he created a large narrative arc from the first to the last song. But while on “Odyssey” he was able to work off a universally known plot thread with reciter Christian Brückner, he finds a completely new semiotic sound palette for the descriptions of states on “Tales From The Wooden Kingdom”. He already expressed his undisguised closeness to nature in a smaller line-up in 2016 on the CD “Organic Underground”. The seeds he planted then are now fully blossoming in a kingdom of creative omnipotence.

Despite all the complexity of this music, Heiner Schmitz opens the gates to his sprouting world of sound for the listeners quite wide, to grant an unconditional and genre barrier-free access. After all, the forest belongs to everyone, not just jazz fans. That’s why he wants to reach his listeners on an emotional level. Every single note of this suite about the everyday experience of man in his environment testifies to the fact that Schmitz here, full of devotion, brings a personal concern to the ear in all its shades. In the forest, with its vulnerability and permanent danger, he sees not least a metaphor for society.

We walk with the CCJO through a corridor of foliage, wood and soft earth, but as we listen, it is also the primal forest in each of its listeners, an arrival, refuge and self-reflection. An exemplary example of this is the song “Beech Tree”, an inner mono dialogue with an old beech tree. In this sense, nothing is only what we superficially perceive it to be, and everything stands in a multifaceted web of relationships and
associations.

“Music is the healing force of the universe,” postulated Albert Ayler over half a century ago. In large part, this also applies to the music of Heiner Schmitz. But it is much more than that. The conceptual undergrowth also contains the admonition to appreciate and preserve what we have. The paths to this realization on this CD are as varied as the spheres of the forest itself. In a song like “Underwood,” Schmitz relies on a graphic score in whose wild ups and downs the ensemble has the greatest possible interpretive freedom. In “Ant Trail,” he lets the thousand voices of the orchestra swarm like an ant trail. Other songs are precisely written out, apart from the free spaces for the soloists. The composition is always at the service of the sound, not the other way around. Schmitz’s basic need to constantly expand his artistic boundaries goes hand in hand with the awareness of always having to return to Veronika Morscher’s voice takes on a special function in Schmitz’s orchestral imagination of the forest. The Austrian singer does not play the usual big band singer here, whose songs are carried on the salvos of the wind instruments and the drive of the rhythm section. Sensitively changing, she reaches us sometimes like a lark high above the trees, then again her crystal-clear voice draws silver threads like the cross spider in Indian summer, and not infrequently her timbre seems to network like a mushroom mycelium in the underground, which, like the Internet of the forest, bundles all the information between the individual elements in the orchestral sound barely perceptible to the listening eye. Heiner Schmitz had never worked with her before. In the elaboration of the texts and penetration of the subject, however, a symbiotic unity between the composer and the singer emerged right away.

An album to pause, to listen and discover. “Tales From The Wooden Kingdom” does not describe a forest, a landscape garden or a park, but a wildly growing primeval forest, which consists not only of trees, but in its diversity of species, forms and conditions goes far beyond anything we can grasp with mere words. 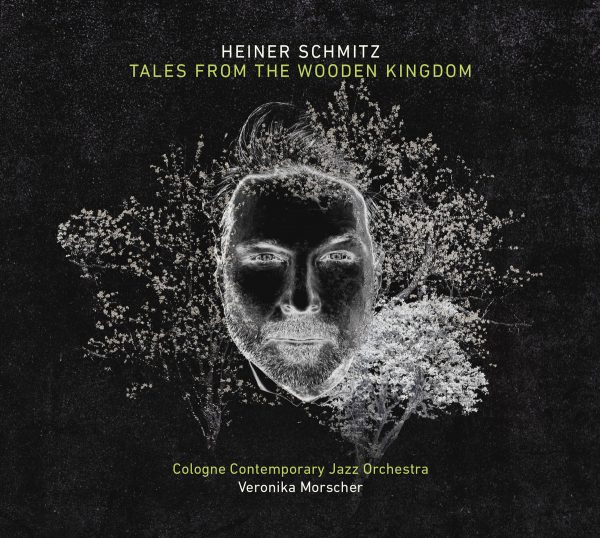