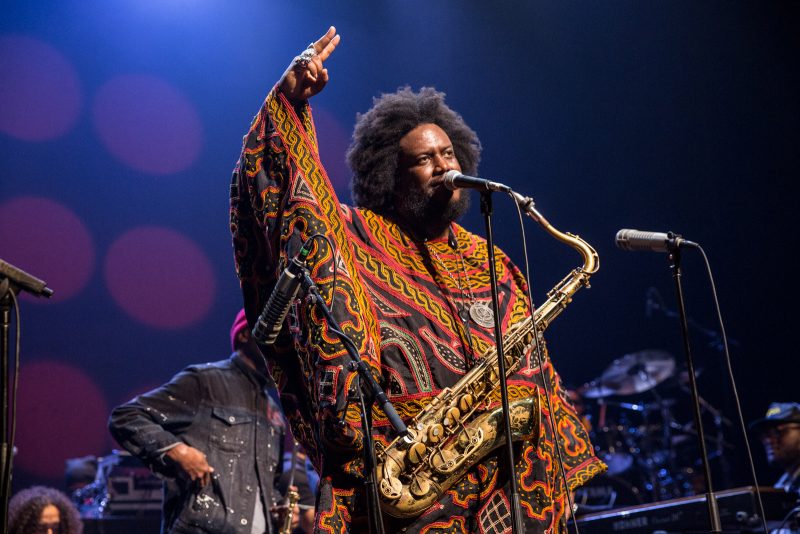 We have entered an interesting political period. A man won the love of Turkist citizens, embracing both those who voted and didn’t, with a slogan that says “Everything Will Be Wonderful” and he became the mayor of Istanbul. I would like to show my disapproval of Branford Marsalis’s New York Times interview and the separatist tone he has used in it during a period when everyone have higher hopes for future once again. Didn’t his claims about Kamasi Washington, who will be giving a concert soon at Istanbul Jazz Festival, remind you of the tense time when politicians were saying negative things to one another on the television before the election?

I’m not here to praise Branford Marsalis, but to criticize him.

Branford Marsalis is a good saxophone player but his bigoted words claiming that Kamasi Washington’s music is not jazz and that it embodies only a little from this genre, during a time when we need unity the most, has made all of us unhappy.

On the contrary to Branford Marsalis’s opinions, I think the fact that this musician plays the saxophone, whether it is jazz or not in character, and that he will give a concert at Istanbul Jazz Festival with its inclusive slogan “Hands That Touch Jazz” is a very positive thing. The festival wants to embrace 16 million audience members, and not be confined by jazz music only. Therefore, I salute whoever came up with this slogan, it was the right choice. May those hands that touch jazz forever be blessed.

Kamasi Washington’s music, for example in his Heaven and Earth album (as you notice, even this title is inclusive: Heaven and Earth. He means this mortal world we live in and the ideas of heaven and afterlife) and his piece called Street Fighter Mas, is deep and has a bizarre nostalgic effect. The choir music in the background takes us to our youth and to musicals such as Hair.  One wants to reach out and kiss that hand that touches jazz once saxophone enters after the choir. The nostalgia continues, the saxophone becomes reminiscent of the erotic music of the 80s movies with the guitar and the drum rhythms and a warmth surrounds your soul and shakes your heartstrings. Who knows, maybe IKSV’s slogan next year will be “The Hands That Shake Heartstrings” without even needing to mention jazz. Eroticism in music actually brings the topic back to love. Who could say these two genres are so different? Did your memories stir?

Kamasi Washington is such a divine man, let me name another of his albums” “Harmony of Difference”. Isn’t it similar to the words that many politicians said during the election time “Turkish mosaic with its Kurdish, Laz and Circassian people”? I think Washington would win the presidential elections in Turkey with ease with such a discography.

There is of course some conservative people who do not like Kamasi Washington as it is similar in politics. These people should be reminded how Charlie Parker was criticized when he first debuted. Couldn’t Kamasi Washington be opening a new era like bebop? I would like to go down in history and suggest a name for this new genre: “Nostalgic Erotic—Musical”.

This inclusive atmosphere actually started with Zorlu Jazz Festival’s “Jazz in Everything” slogan. I cannot think of a more inclusive slogan than this. Not almost everything but actually everything. I have a slogan suggestion for Zorlu, I hope they hear me out and I go down in history once again: “Efradını Cami Ağyarını Mani Cazı”.

Turkey didn’t get to this point in one day, it was the minority’s jazz first; the era where we listened to Roy Haynes, Wynton Marsalis. Then the majority’s jazz came along, Micheal Bolton — Frank Sinatra project for example, and now it is the time for jazz in everything, the jazz of 16 million people, jazz in all genres. Imagine any music, farthest away from jazz as possible, throw it in the pan with “Jazz in Everything”, cook it a little. Couldn’t you serve this on a platter? Of course you can.

I don’t find this atmosphere positive as a man who wouldn’t hurt the jazz of a fly, and ask you to not bend to separatists like Branford Marsalis. All jazz will be wonderful.