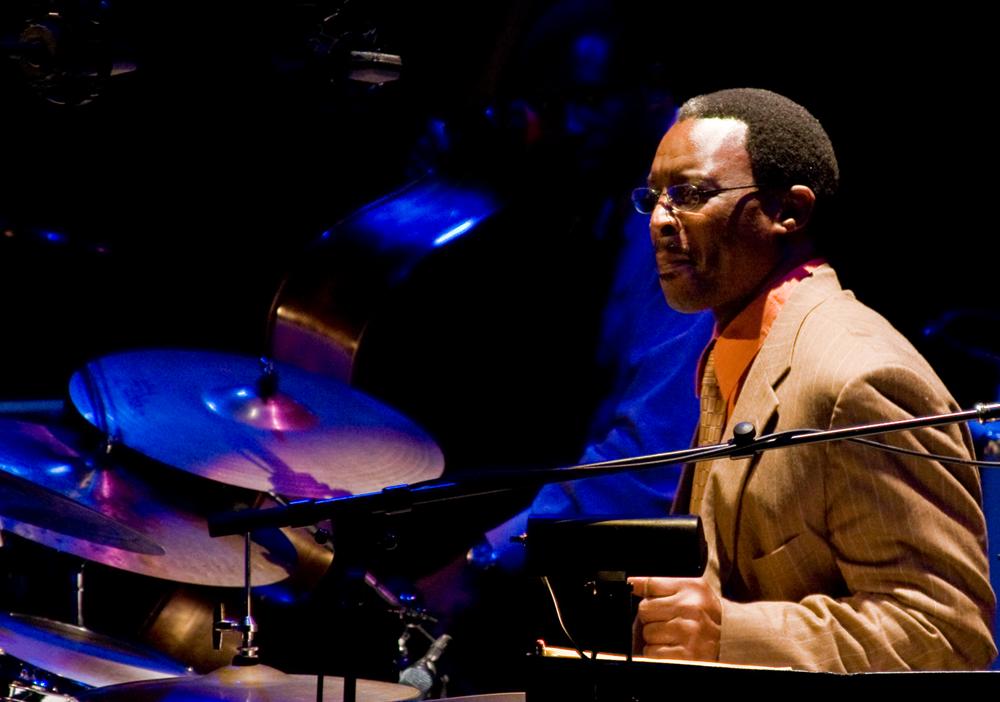 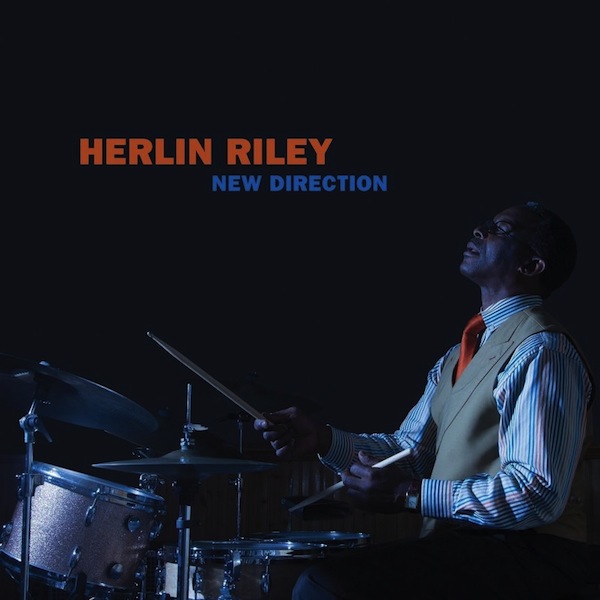 Drummer Herlin Riley is a 59 years old rhythm master from New Orleans who rose to fame in the 1980s. His metric beats can be heard in the albums of Ahmad Jamal, Marcus Roberts and Wynton Marsalis. Riley still is a member of New York City Jazz Group and Lincoln Center Jazz Orchestra. He also teaches at Nortwestern University’s Bienen School Of Music in Illinois Evanston. Known in the jazz circles with the nickname “Whirlin”, Riley has been influenced by Art Blakey’s technique. He belongs to the Neo-Bop subgenre, and it could be said that he is continuing on the legacy of Art Blakey’s Jazz Messangers.

“New Direction”, released in February 2016, is his first solo album. The titular “New Direction” starts with Riley on the cymbals and the crescendo of guitarist Whitfield and pianist Cohen. The funky rhythm supports the trumpet played with a trumpet mute and the grooves of the alto saxophone. The soloists of the piece are Whitfield, Cohen, Harris and Louis on soprano saxophone.

“A Spring Fantasy” is interesting composition with Herlin Riley’s memorable soul melody and its mid-Latin tempo. It also is influenced by the period when Riley played with Wynton Marsalis. Naturally, Pedrito Martinez joins the band with his conga drums during this piece. We first hear Godwin Louis on alto saxophone. The other soloist is Emmet Cohen on the piano.

“Cross Bar” is a polyrhythmic Afro-Cuban piece in 6/8 time signature, with Martinez on the conga and Riley on the drums. The other soloists are Cohen on the piano, Harris on the trumpet and Louis on alto saxophone.

“The Big Banana” with its syncopated flow is a reflection on Riley’s interest in golf. The solos are played by Harris on the trumpet, Cohen on the piano and Riley on the drums with his Blakey-like enthusiasm.

“Shake Off The Dust” is a smokey bolero composed by Riley. Harris plays the trumpet with the mute, Louis plays the alto sax and Cohen plays the piano and altogether they emphasize the sweet romanticizm of the piece through their solos.

“Connection To Congo Square” is an uptempo composition in which Herlin Riley combines his roots with New Orleans tradition. It consists of improvizations on a two-bar motif. It is a trade between trumpet, alto saxophone, drums and conga drums.

Pianist Emmet Cohen naturally aims to emphasize the drum solo in “Herlin’s Hurdle”, a post-bop composition he wrote for Riley. His flowing swingy solo is also worth paying attention to. They are accompanied by Bruce Harris on the trumpet and Godwin Louis on the alto sax.

Riley’s “Hiccup Smooth”, in 4/4 and 3/8 time signatures, starts off with the flirtation between trumpet and alto saxophone. Of course, the relaxed and swingy piano, bass and drum solos should be mentioned as well.

“New Direction” draws to an end with a soul jazz piece in which Riley also contributes with his vocals. We hear the drum virtuoso as a New Orleans singer with a tambourine in hand. This piece also salutes Horace Silver and Benny Golson.