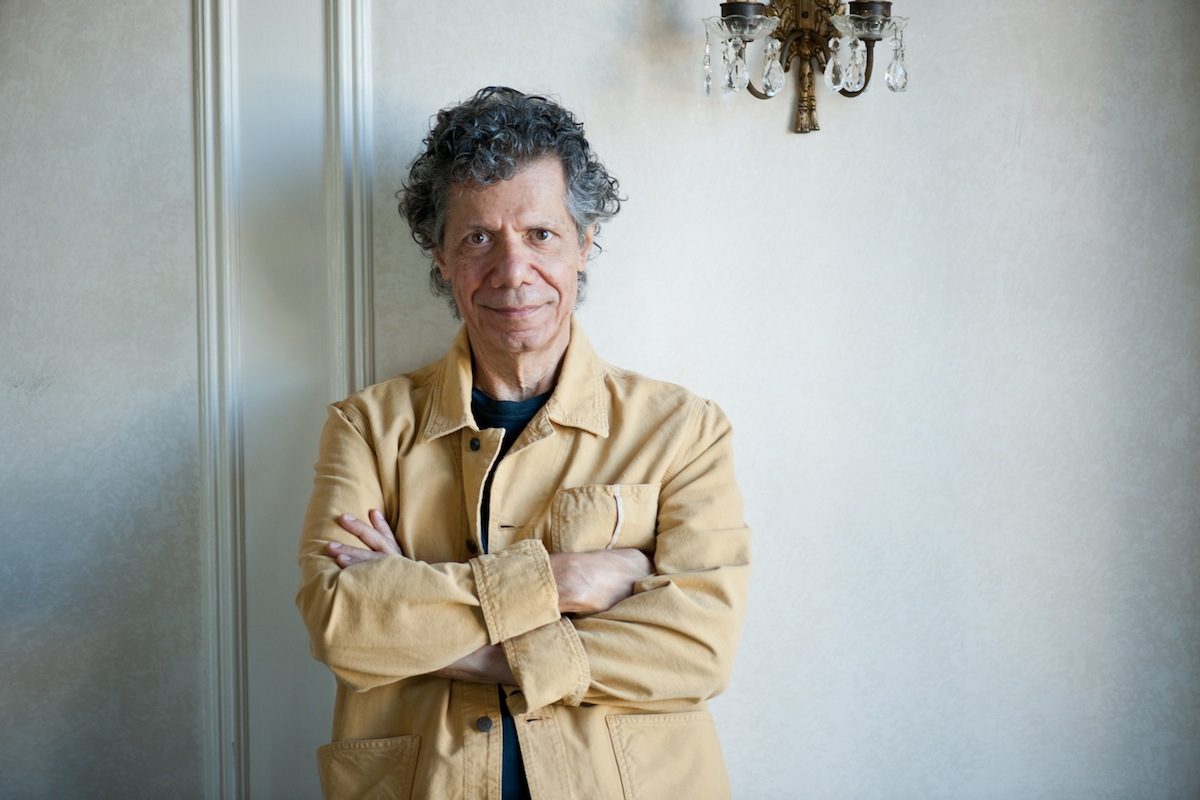 Zorlu PSM Jazz Festival, which will also feature shades of blues, electronic, ethnic, funk, indie, classic, pop and rock, will position itself in the middle of the art and culture scene of the city between May 3rd and 12th for the first time along with a variety of extra activities.

Zorlu PSM Jazz Festival will feature the following line-up full of jazz legends and amazing talents: Grammy award-winning pianist Michel Camilo and Spanish flamenco virtuoso Tomatito;  Jan Garbarek, the Norwegian saxophonist who is considered as the founder of Scandinavian jazz; Stephan Micus, the multi-instrumentalist from Germany who is one of the most esteemed names of contemporary classical music and world music; Chick Corea, the legendary American jazz/fusion pianist and composer; American jazz, soul and blues artist Beth Hart; Funkbook, the project of Önder Focan & Şallıel Bros.; Redd; Gaye Su Akyol; Esra Kayıkçı and many other artists.

Zorlu PSM Jazz Festival will kickstart a brand new tradition in the art and culture scene of Istanbul with the parties, panels, workshops, record market, open air free events, film and documentary screenings it will host along with breathtaking performances that will cover a diverse range of genres under one roof; jazz! 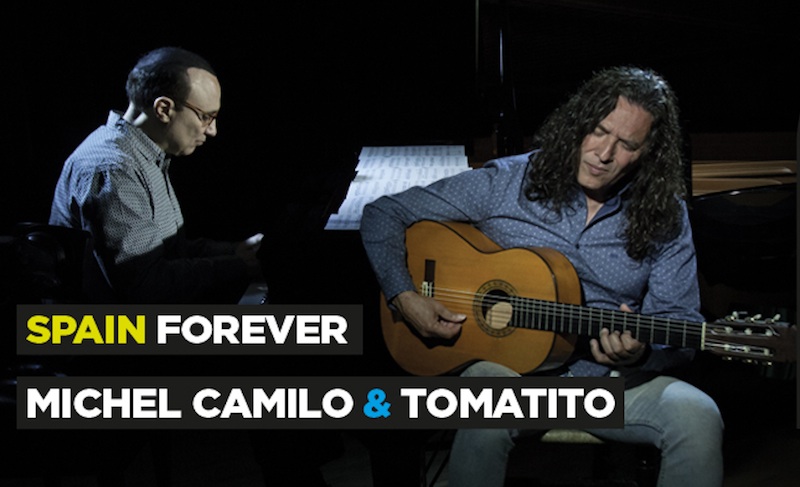 Grammy winning jazz, latin and classical pianist Michel Camilo will be accompanied by the Spanish flamenco virtuoso Tomatito, with whom he has been working since their 2000 album Spain, for a special performance in Zorlu PSM. These two virtuosi have receive the awards for the Best Latin Jazz Album with their album Spain during the first ever Latin Grammy Awards. They rekindled their collaborative relationship in 2006 with their album Spain Again. These two renowned musicians will give the audience an unforgettable jazz, latin and flamenco experience. 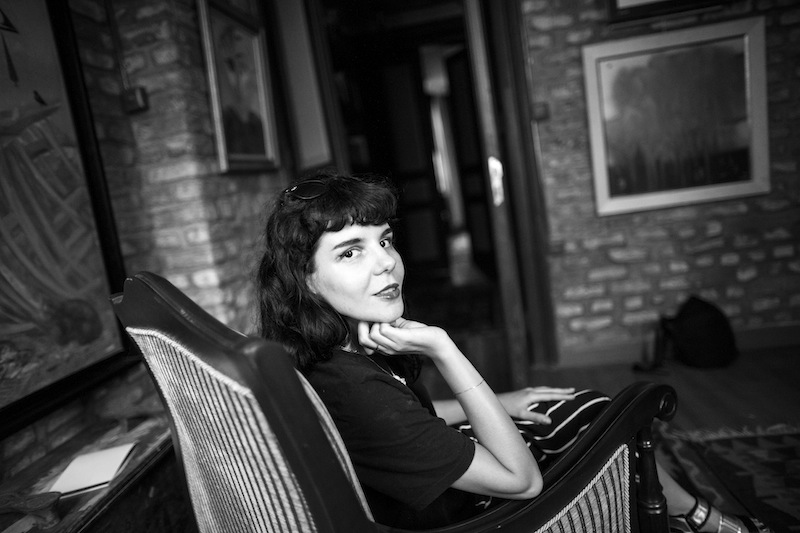 Gaye Su Akyol’s songs, which are in fact journeys among genres that take you to the space and back, will be featured as a part of the Zorlu PSM Jazz Festival. Her second album Hologram İmparatorluğu was released in November and was praised by many prestigious media outlets, most notably Wire, The Guardian and Rolling Stone, gaining her the name “the new voice of Istanbul” and continued the success she enjoyed with her debut album Develerle Yaşıyorum.  Akyolm who has performed at the Roskilde Festival, is known for having created a post-Turkish classical music which is a modernized version of the traditional form with rock/arabesque elements. 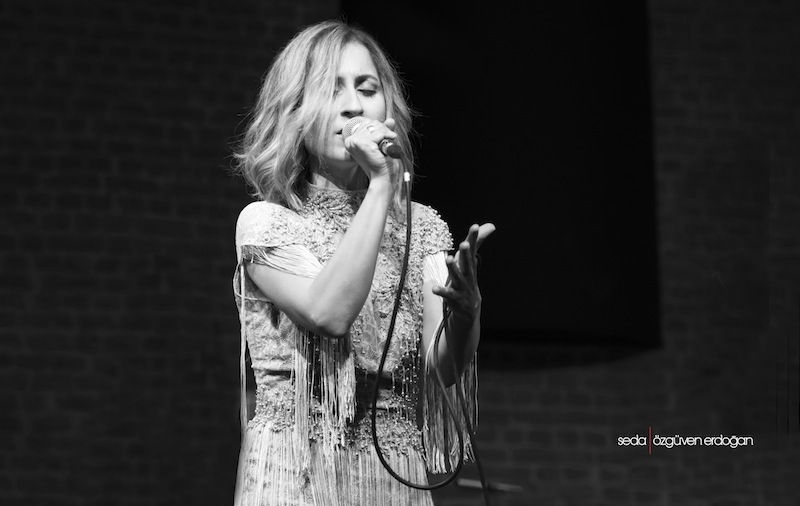 Esra Kayıkçı, who will perform at the Studio during the Festival, released her debut album “Bozgun Hatıra”, which has a dynamic sound that threads the line between pop, rock and swing, in 2016. The musician promises her audience a colorful musical journey that she constructed within the framework of jazz. 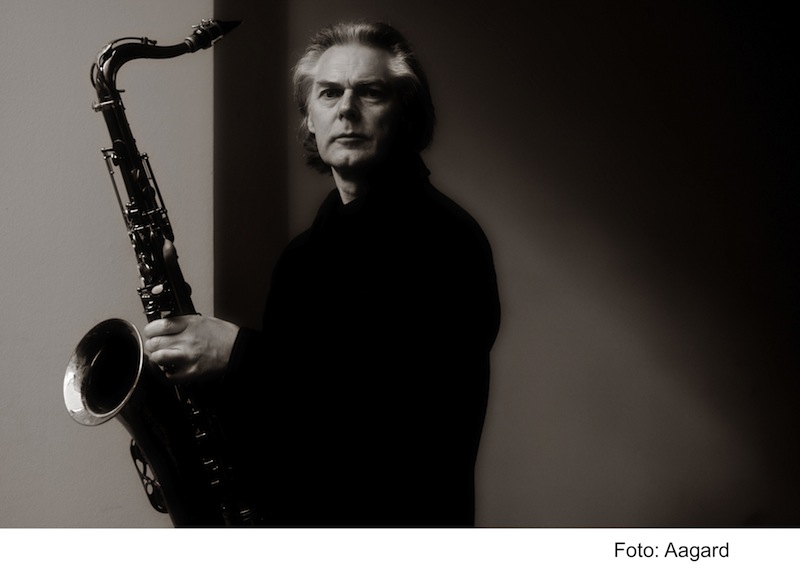 Jan Garbarek, the Norwegian saxophonist who is considered as the founder of Scandinavian jazz, will meet the his audience at Zorlu PSM Jazz Festival and give them a taste of his unique style that combines jazz, new age and world music. Garbarek started his professional music career at the end of the 60s by appearing in the albums of George Russell and has worked with esteemed musicians such as Chick Corea and Don Cherry. He is known for his joint projects with musicians all over the world such as Trilok Gurtu, Zakir Hussain, Hariprasad Chaurasia and Ustad Fateh Ali Khan. 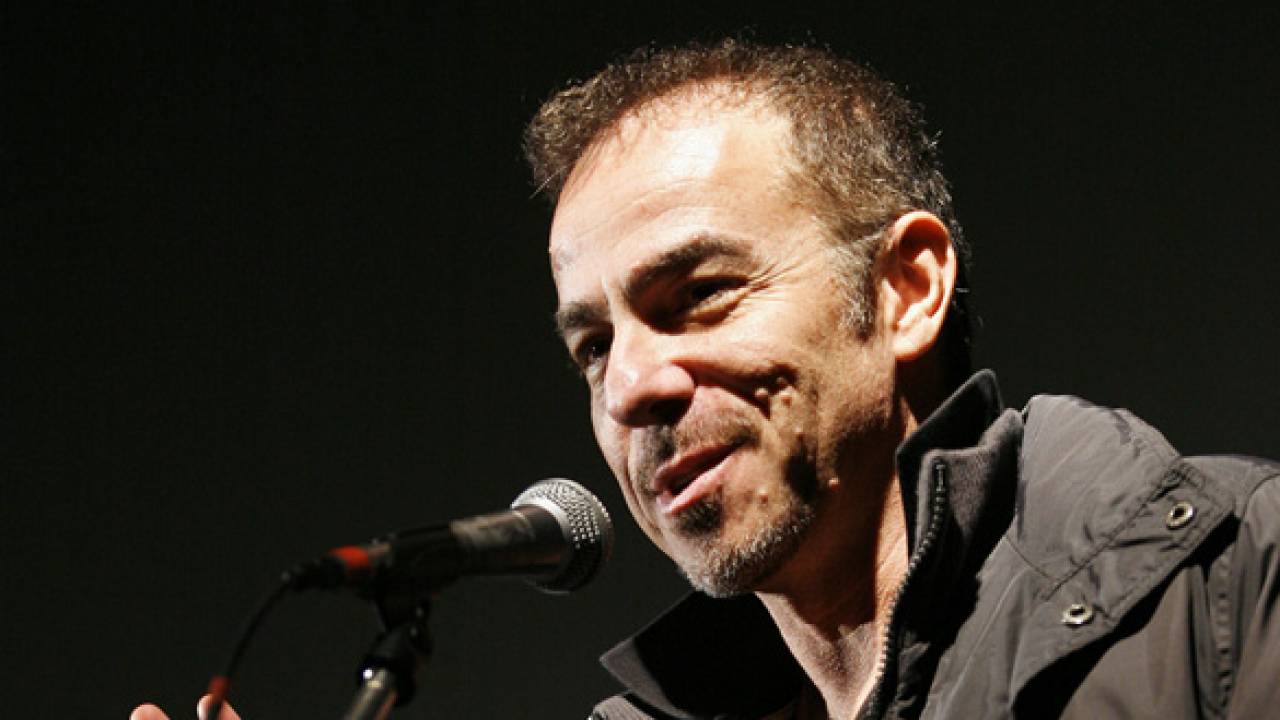 The music from the internationally acclaimed 2009 documentary Anadolu’nun Kayıp Şarkıları (‘Lost Songs of Anatolia’) will be performed live on the stage. As the orchestra harmonizes the legacy of Anatolia with the melodies of the West with a unique touch, the documentary will be shown in the background. This project brings together many esteemed musicians from Turkey together. The members of the orchestra include Alp Ersönmez and Serhat Ersöz who have arranged the pieces, as well as İzzet Kızıl, Sarp Maden, Mert Önal, Hasan Gözetlik, Ali Yılmaz, Göksun Çavdar and the director/producer of the documentary himself, Nezih Ünen. 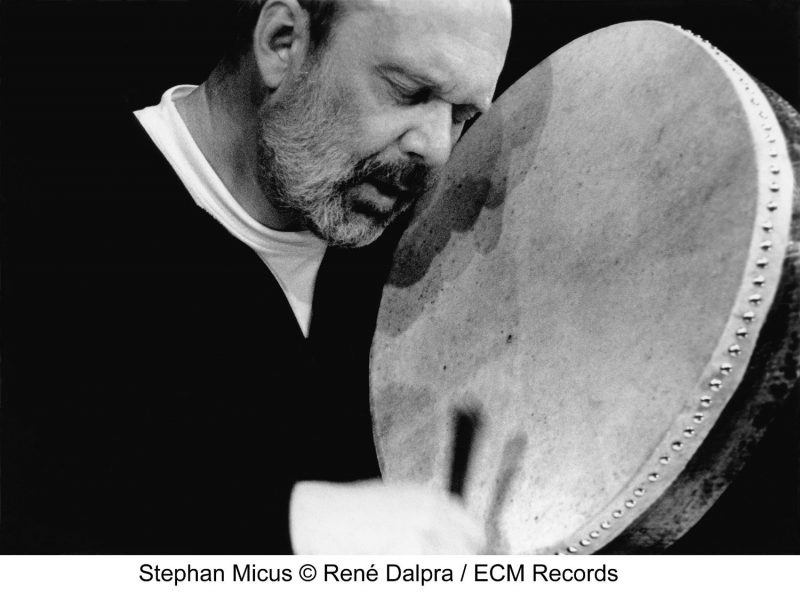 Zorlu PSM Jazz Festival will host Stephen Micus, German multi-instrumentalist and classical and world musician/composer who is known with his unique experimental style. Micus, who is known for the unique language he uses in his albums, is a world renowned name in contemporary classical music and world music. He has recorded 23 albums since 1976 and has played all of the instruments in these himself. Mircus interprets musics in different geographies and their instruments in a very unique and different manner. 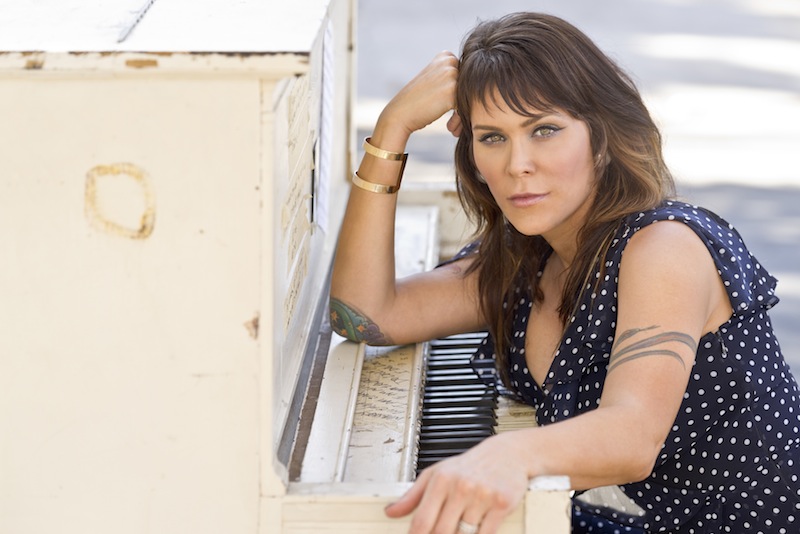 American jazz soul and blues artist, musician and composer Beth Hart, who started her music career in various clubs around Los Angeles, will be performing at the Zorlu PSM Main Theater Stage. Hart is known as a multi-instrumentalist who can masterfully play piano, guitar, cello, bass guitar and percussion instruments. Hart is known as the first and only musician to perform as a backing vocalist for a Deep Purple, and has toured many times with Jeff Beck. She was nominated as the Best Female Blues Vocalist for the Grammy Awards, and has played as the lead actress in the off-Broadway play “Love, Janis”. 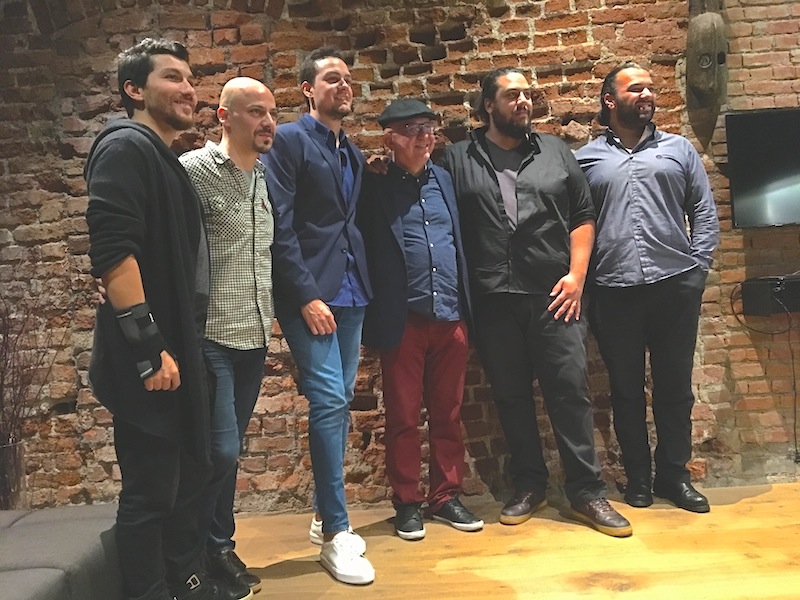 Zorlu PSM Jazz Festival will host a performance full of funk and jazz as guitarist Önder Focan, saxophonist brothers known as the Şallıel Bros. and their band take the stage at the Studio with their project titled “Funkbook”. Funkbook was born in a concert at Nardis Jazz Club, and features a selection of enjoyable and melodic compositions of Önder Focan, played by esteemed musicians whose jazz-referenced improvizations represent a young and funky sound. 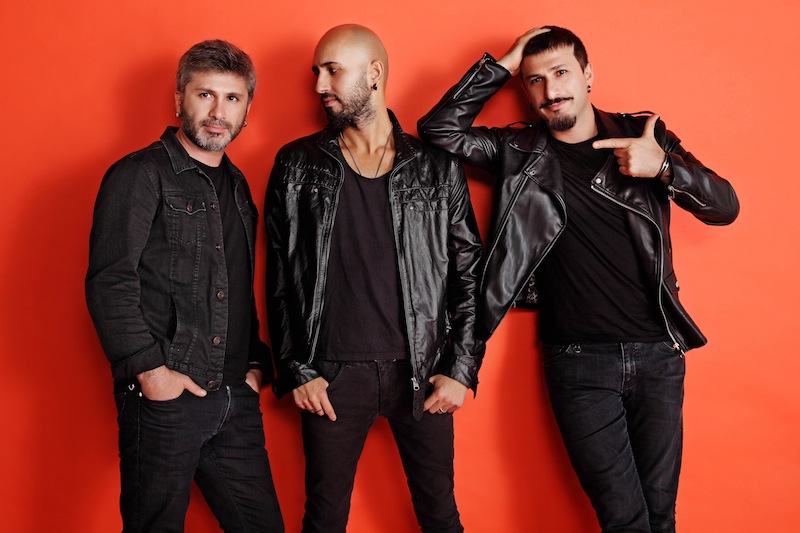 Redd, one of the most successful pop/rock bands from Turkey, has released 6 studio albums since 1996 and wrote the soundtrack for the movie ‘Prensesin Uykusu’ written and directed by Çağan Irmak. They will perform at the first ever Zorlu PSM Jazz Festival. 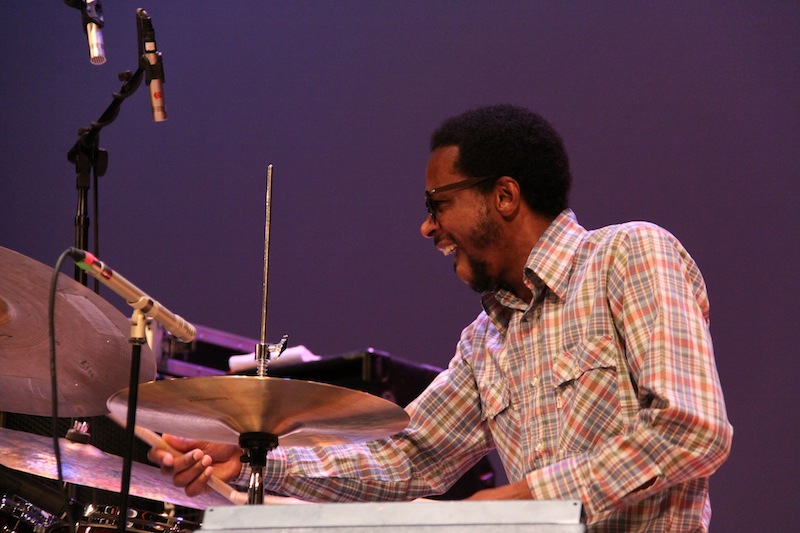 Chick Corea, the legendary American jazz and fusion pianist whose decisive role in jazz standards today is undeniable, keyboardist and composer, is bringing his talents and his accomplished musician friends American jazz drummer Brian Blade and Puerto Rican jazz double bass player Eddie Gómez to Istanbul. Prepare to be a part of an experience as these three legendary musicians  take the stage in Zorlu PSM with their brilliant tunes of jazz and fusion.