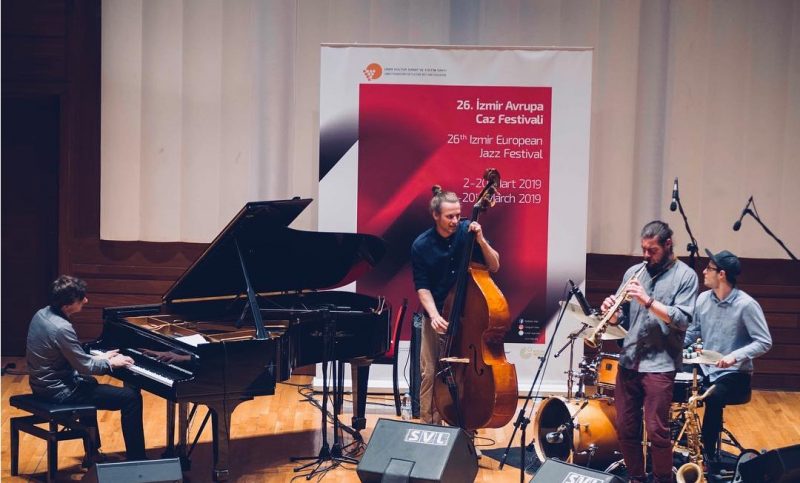 The 26th edition of the Izmir European Jazz Festival featured events that were worthy of praise. Styles of different kinds were present, receiving full attention and support from the audience. At times the more classical styles, sometimes the more experimental jazz tunes, all in all very exceptional, and sometimes the young and vibrant energy dominated both the big and small halls of the Ahmet Adnan Saygun Arts Center.

Speaking of the young and vibrant energy, oh well…

People who know them already recognize what my description, ‘a unique purple’ alludes to, of course, the Czech-Austrian Quartet, also the absolute winner of the Central European Jazz Competition in 2018, Purple is the Color.

The band came together for the first time in 2015, and released their debut Unmasked in 2017. Well, I’ve just got the news from Simon, the pianist of the band, that their second album is on its way. Thus, I added the upcoming album of Purple is the Color to my awaited-albums-of-2019 list right away! The group had previously come to Istanbul and Edirne as a part of different events. On their arrival this time, they first visited Izmir, and then performed at an event in Bodrum, and another one in Istanbul. This obviously led to a nice jazz feast for jazz lovers in Turkey. As for the band members, it was a Turkey trip full of jazz, history, nature, culture and sunlight!

The main focus of the concert in Izmir was the album Unmasked, however, the concert hall saw several incredible solos as well. When I recall now the never-ending sound of applause, I reckon the solo parts were the most-loved ones that shone amongst all other moments. Thanks to this concert, Izmirians not only had the chance to discover the band more closely but also became real fans of all four members of the band. Well, I remember people talking about the double bass player Martin after the concert here and there – oh by the way, he’s truly a genius. I knew that Simon already had some followers even before the concert and some people did come to listen to him particularly. And obviously, the most-shared-on-social-media part of the concert was the solo by drummer Michał, who is originally from Poland. He doesn’t live in Poland but is renowned there as well. Every single instrument of this band definitely needs special attention, although my favorite, like in all other jazz bands, was the sax for sure. OH WELL, Štěpán was a master on stage blowing tunes from his tenor and soprano saxes. At certain moments, I even thought he was the leader of the band, performing in a very very sick way. Saxophone is probably one of the most talk-of-the-town sort of instruments when it comes to jazz – a lot of jazz festivals put a sax image on their posters, many jazz clubs decorate their entrances with some blinking jazzy sax lights and so on. However, surprisingly, the real number of long-term sax listeners is generally not that infinite. I see myself as a lifelong-sax-listener because I believe that saxophone expresses the depth of instrumental jazz better than any other instrument ever invented on earth. Štěpán, in quite a purple way, told us a lot about life that night in Izmir. This was something precious.

Thanks to Purple is the Color, the real jam session tunes that I heard in different parts of Europe were on stage in Izmir. Even more, I realized that I wanted to listen to this band in a jazz club as well. The band’s live performance is full of surprises and this is giving them the freedom to go unafraid beyond the borders of their recorded album. Combining improvisation with composition in a magical way – well, that’s where Purple comes from – not solely improvisation nor composition, not only jazz nor blues, bits from folk and bits from pop, plus uniqueness and lots of reflections of culture through the instruments… Therefore, not just blue nor just red, quite Purple all the way!

It was also very interesting to see that all the members of the band were giving space to each other so that they could all create and feel both as a group and individually as well. I think they really found each other, and with any one of them missing, the rest would remain incomplete. The energy flowing through members of jazz bands directly reaches their audiences; hence this is a very important part of truly feeling jazz, I believe. Purple is the Color is quite successful when it comes to transferring this energy. I sense that the band will become bigger and brighter in a few years, so it’s the right time now to start following them regularly. 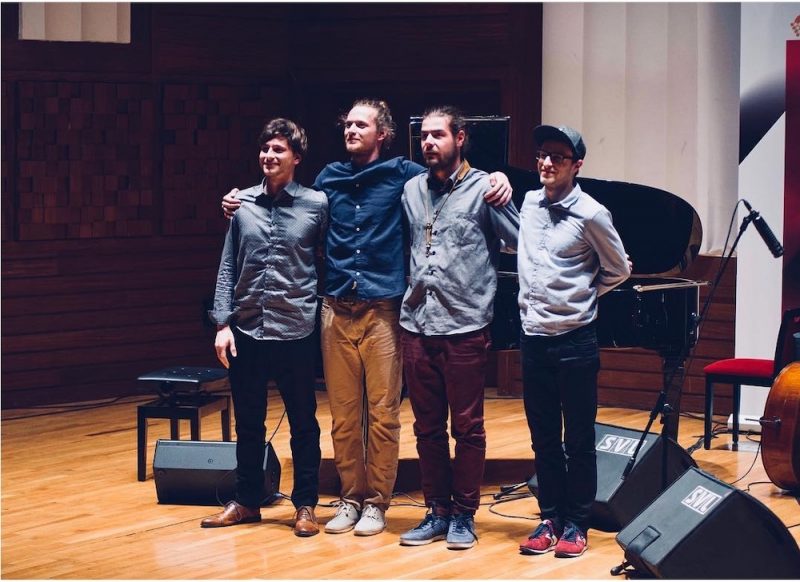 Here comes the Spotify link to their debut Unmasked:

A very enthusiastic group of people – willing to share, speak up and spread their young energy, so if you share your opinions about their music or have any questions, feel free to get in touch with them. They’ll be more than happy to chat to you since they love Turkey and its people so much. I recognized this love on the spot when Simon’s flight landed at the airport. At a café nearby, Simon and I were waiting for other members to land, and he suddenly screamed in excitement: “Let’s order some Turkish teeaaa!”

Purple is the Color on social media:

Purple Is The Color 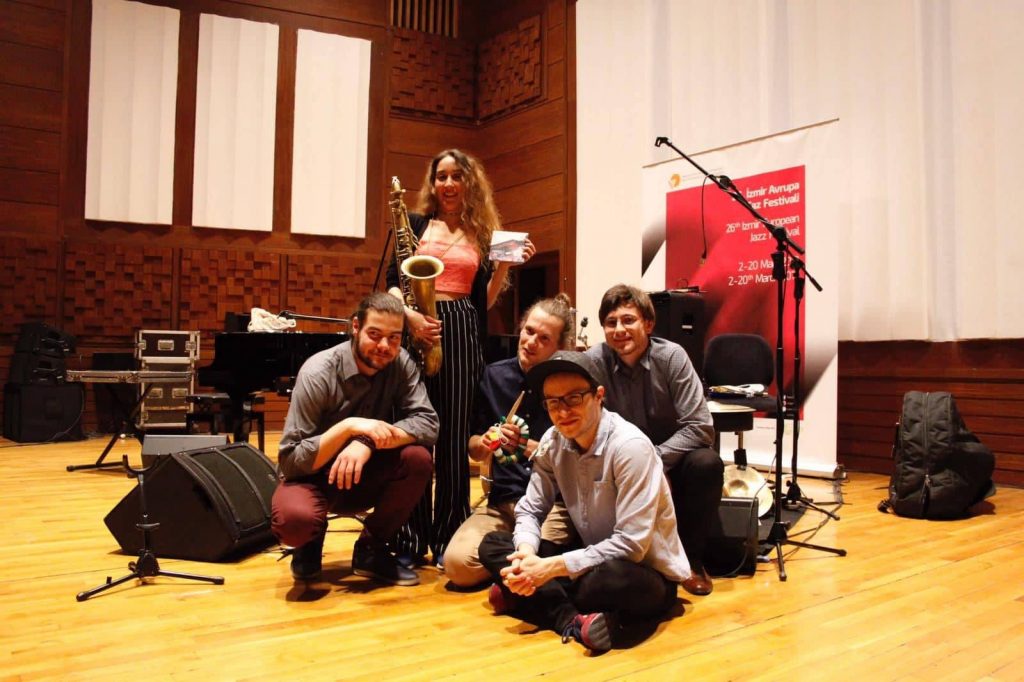 A million thanks to the IKSEV family, see you all next year!