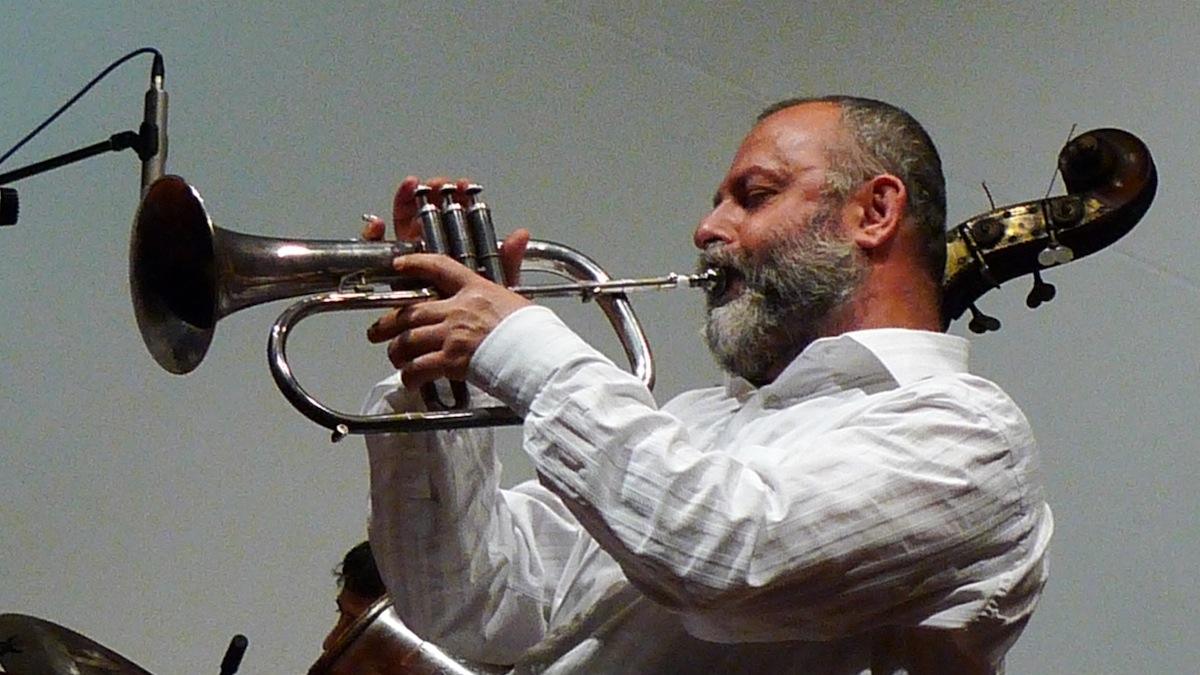 Şenova Ülker is an esteemed trumpet player and teacher. He is one of those rare artists who combine the freedom and limitless nature of jazz with the discipline and maturity of classical music. Music entered his life when Ülker, who was rather shy, started singing in elementary school. He enrolled in the conservatory, listening to his teacher’s suggestion. He started his student years in Ankara State Conservatory in 1969, and finished them in Istanbul State Conservatory in 1979. The same year he became the principal trumpet player in Istanbul State Symphony Orchestra. Ülker, who is still the head of the trumpet group, has been also teaching for years. He founded his first band “Jazz Juniors” when he was a student and learnt jazz theory from Emin Fındıkoğlu. He has played with many famous musicians like Buster Williams, Joe Henderson, Sammy Figueroa, John Scofield, Bendik Hofseth, Billy Hart and Dianne Reeves during jam sessions, festivals, concerts and in clubs.

The master trumpet player explains jazz in these words: “Jazz doesn’t fit into this world. It is that big and that free… It takes something from the places it has been, and gives something back to them in return. It is compatible with any kind of open thinking. If I love jazz, and can call myself a jazz musician, I have to respect jazz.”

Şenova Ülker played “Bosna-Herzegovina” from Önder Focan’s 1994 album “Erken”, “New Wave” from Aşkın Arsunan’s album “One a Day”, Cengiz Baysal’s “Candy & Milkshake” from his album with the same name during NTV Radio’s ‘Bizim Cazcılar’ program. If you wish, you can also play one of these pieces to accompany this interview.

Now let’s embark on Ülker’s jazz adventure, from his childhood until today…

“You Have To Enrol This Child Into The Conservatory”

I was a well-behaved and shy child. My father was a soldier and we used to live in the military housing complex. My dear elementary school teacher, Ms. Münevver, made me sing a song at school and then told my brothers and sisters “You have to enrol this child into the conservatory, his voice is beautiful. His listening is great as well.” They took me to the conservatory in Ankara and made me take the entrance exams. I don’t know why but I wanted to play the violin back then. However; one of my teachers, he is no longer with us, Mehmet Erten looked at my hands and my teeth. He told me I would make a good trumpet player. I was 10, the trumpet was almost half my size. So I entered the conservatory in 1969 when I was 10 years old. I was only a 5th grader. I was so shy that I would eat the meals in a secluded corner. I used to have a French teacher in the first year. He didn’t pay me much attention. At the end of the school year I realised that it wasn’t working out, I would not be able to continue that way. I used to love it, too. My dear teacher said “I will vouch for you. You will study here and you will become a trumpet player.” That was the push I needed. I finished the conservatory with that nudge. I came to Istanbul. I studied my final year there. From there, I entered the symphony orchestra in 1979. I have been working with the trumpet professionally since I was 13 years old.

Trumpet was as big as I was. My family first thought it was weird, and had a hard time accepting this instrument. But it never became a problem. They would make do with me during the holidays, because I was in the boarding school for 9 months of the year. It is an instrument with a big sound. Then I entered the symphony orchestra.

“I Regret Not Playing The Piano”

We had mandatory piano lessons in the school. I now regret not playing the piano. But back then I would avoid playing the piano, it would intimidate me. I had a very nice, motherly teacher. She would find me in my hiding place and bring me to the lesson. So I know the piano’s touch. I can play the chords. But I wasn’t able to get more familiar with it, because the toughness of playing the trumpet. 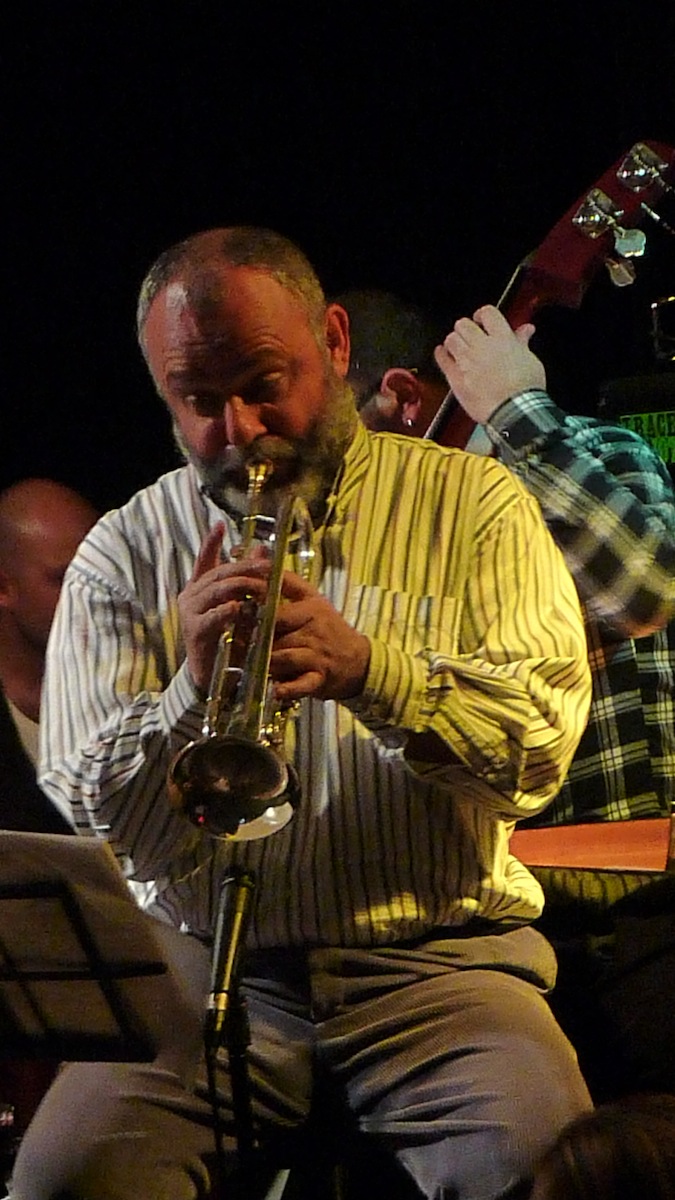 “I Learnt About Jazz From Emin Fındıkoğlu”

I met Emin Fındıkoğlu during the years when I first entered the symphony orchestra. Or rather, he found me. Genco Erkal and Zeliha Berksoy had a two-person play. He formed a great orchestra. He made great arrangements, we played those. He started giving me lessons about jazz following this. I always recognise and name Emin Fındıkoğlu as my first jazz teacher. We went to Bodrum that summer. There used to be great jazz clubs in Bodrum back then. I started playing there with Fındıkoğlu. Subsequently, Onno Tunç was in that scene, too. Of course, there was a pop music aspect as well. One had to make money. I entered his orchestra. So many people we involved with that. from Cezmi Başeğmez to Onno Tunç. Imagine, we would play jazz while Ajda Pekkan changed costumes. Such were the days. We had to play pop on the side.

“Are There Any Other Notes Than C On This Instrument!”

We used to stay at guesthouses. There weren’t many hotels in Bodrum back then. I would blow C2 note on the trumpet every morning, and Fındıkoğlu suddenly said “Stop it! You keep playing C, aren’t there any other notes on this instrument!” I later on told him why I was doing that. Of course, we have many other memories. But he my dear teacher. He has helped me both financially and sentimentally. That’s how I got into this business.

“Jazz Is My Set Of Wings”

“Jazz Is A Genre That Doesn’t Fit Into This World”

Jazz is a genre that doesn’t fit into this world. It is that big and that free. It takes something from the places it has been, and gives something back to them in return. It is compatible with any kind of open thinking. If I love jazz, and can call myself a jazz musician, I have to respect jazz. Its ideas as well. Some things are good as far as innovations go, but this idea of “good” is up for discussion. Does it sound good, does it fit, can you achieve it? But I support trying. Better things could be achieved through trying, at least. I prefer instrumental jazz because of my personal affinity to my instrument. 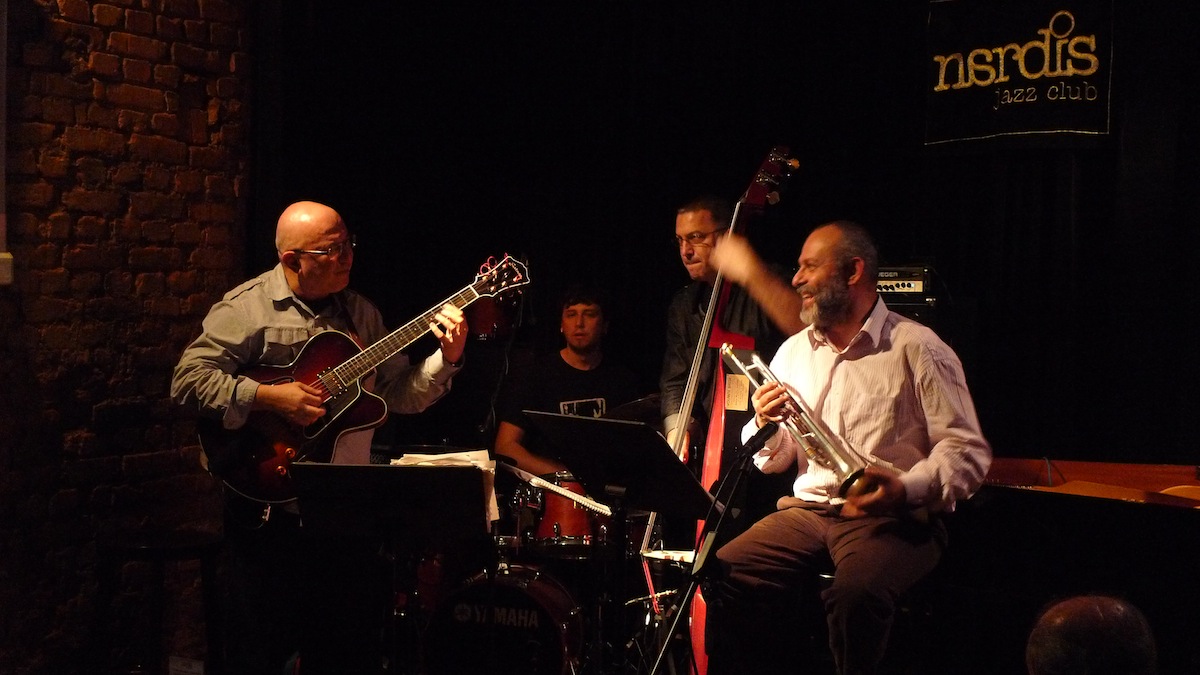 I have played in many jazz and pop albums. But as I have said, special albums are those I accompany special friends, and I take a different kind of pleasure from my solos in those. For example, Ömer Göksel has a great album he made with a Big Band. There is a part where I trade with clarinet player Hüsnü Şenlendirici during one of the solos. I especially love that one. Aside from that one, I played with Selen Gülün for one of her pieces. I played in two of Cengiz Baysal’s albums, he is a drummer. There are some incredible solos. I love those. I have so many solos that I like that I cannot choose one over the other. Aşkın Arsunan has a great album. I played in that, for example. I especially live a few of my solos in that. Those are the kind of solos that make me say “Ah, I finally like my own work.” Because, generally speaking, jazz musicians are humble. They don’t admire themselves. That is a personality trait. But sometimes they might say “Ah, this turned out great.” I find one of my solos in Kenan Doğulu’s album really good. My friends really liked it too when they heard it.

Yes, I am good with younger generations. I am a teacher in Bahçeşehir University’s graduate department. I tell my students something that is always suggested in jazz schools: Listen! Write. Repeat it again and again. After doing this, they should get in a band and play, good or bad. Find a venue to play in. Of course, this is a problem. But if you raise good musicians, this problem will be solved somehow.

“Jazz Isn’t The Music of The Elite”

Normally, jazz and society should have a good relationship. They see it as something inaccessible, though. However; it is just the opposite. It is a very friendly, warm genre. But you need a platform to explain this to the people. I don’t know if it should be a foundation, or a sponsorship collective… Because jazz isn’t like classical music. Jazz, as we have said, is a genre that adapts to its geography. There is the Turkish version, ethnic version, and many others. But in this country sponsors and people who have given their hearts and efforts to this music aren’t very organised, maybe due to the conditions. Therefore neither jazz nor its venues can grow and improve. As you have said, there could be 15 jazz clubs in a small city. We have seen this in many places where we played in jam sessions. We only have Nardis Jazz Club here. There have been some other jazz clubs, but they were elite venues. Jazz clubs shouldn’t be elite. They should be places where everyone can go to.

I would like to thank Şenova Ülker for this enjoyable interview…