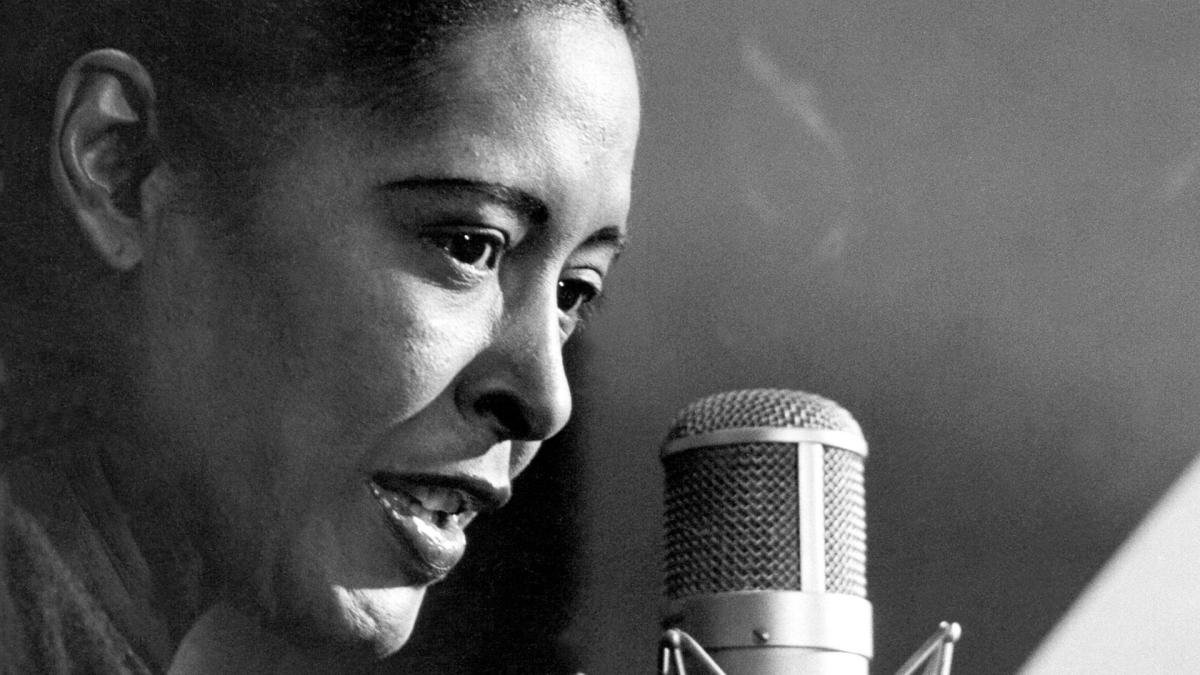 Politics is an unavoidable truth of our lives whether we want it to be or not. Arts, the aesthetic expression of human feeling and opinions, usually is not able to resist this truth either. I think jazz is one of such branches of art that emerged with cinema in the beginning of the 20th century. It is evident that jazz is a political phenomenon if we look at it through the subject of slavery. Archaic blues, born in the era of master-slave relationships, then the first jazz orchestras which emerged after the Civil War and revolved around employee-employer relationships, then jazz singers, tap dancers, occasionally managers, producers.

Here is an except from the 2005 article titled “Jazz and Radical Politics” published by Columbia University Press:

“Fundamentally, major social changes in the United States have determined the evolution of jazz, just as they have in any other art form. The 1930s were a period of the rise of jazz and the organized left. Concretely, this meant big bands and the Communist Party. Notwithstanding some early dogmatic opposition to jazz from cultural commissar Mike Gold, the party soon threw itself into proselytizing for jazz and fighting segregation in the music business.”

The leading powers in the fight against segregation were female singers in the world of jazz. For example, Bessie Smith, who lived between 1894-1937 and was called the empress of blues, never sang in the concert halls of whites and never compromised her perspective on music. But she ended up having to work with labels owned by whites, just like Billie Holiday also did. John Hammond, the producer of Columbia Records, was known for his “leftist”, anti-racist and anti-segregationist stance despite not being a member of the communist party and he was famous for supporting jazz musicians. Even he wasn’t able step outside the boundaries of his bosses when signing up Bessie Smith and Billie Holiday. He made an agreement with Smith with the terms stating that the singer would receive a small payment and would have to give up on the royalties. Holiday also explained this unjust treatment as “John Hammond signed an unjust agreement with me for the LP I would record with the Teddy Wilson orchestra. I received a mere 30 dollars for six records despite my protest. But Bernie Hanigan, one of the managers of Columbia, fought for my rights, risking getting fired himself.” 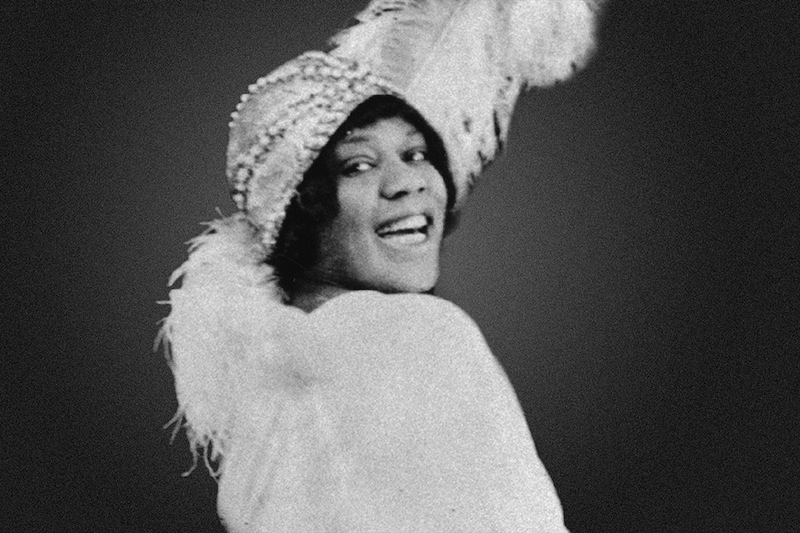 Cafe Society, where Holiday sang “Strange Fruit” for the first time, was opened by Barney Thompson in 1938 in Greenwich Village as an alternative to the snobbish and racist other clubs in the city. Thompson’s brother Leon was a party member and he was one of the masterminds behind the assassination plans against Hitler. The club’s income was the go to the party. John Hammond also initially donated 5000 to the club. Hammond is an important figure in the world of jazz. He always fully supported Count Basie, Benny Goodman and Duke Ellington. It is evident that this support lead to the development of the legendary orchestras. Goodman made sure that black musicians could play in his orchestra. In this sense, he also brought together Holiday and the Benny Goodman Orchestra. White musicians would stay at luxury hotels whereas Holiday would stay at cheap ones during her tours with Goodman’s orchestra. She could only enter the concert hall from the service door instead of the main one. She was the actual star of the concert. Hammond was so impressed by the Count Basie Orchestra that he once heard on a car radio that he immediately turned his gaze upon Kansas City. He would bring this big swing orchestra to Harlem. According to Hammond, Basie Big Band was an authentic black orchestra whereas Duke Ellington’s was a show orchestra that was very technical and showy. He thought Ellington forgot about his blues roots. He was a “Black Bourgeois” in a sense. These opinions of his created a polemic among critics. Looking at the history of big orchestras, we can see that Duke Ellington went through different phases. He worked on symphonic jazz that is closer to his roots in his 3rd phase between 1945-1954. He would influence bassist Charles Mingus in the 1940s and shed a light to the biggest black radical in the history of modern jazz. Mingus’s music and ideology were widely accepted in the black communities in the years that followed. He wrote “Fable Of Faubus” in 1959 to protest Arkansas governor Orval E. Faubus’s racist policies. Mingus also wrote lyrics protesting Ku Klux Clan and Nazism for his “Mingus Ah Hum” album released the very same year. Columbia refused to release the album with these lyrics. The piece was released in the 1960 album called “Charles Mingus Presents Charles Mingus” by the independent label Candid.

As the First Big Orchestras era was slowly drawing to an end, Bebop was catching fire in Harlem. These small ensembles, especially the virtuosi lead by Dizzy Gillespie, were not really concerned with the subjects of peace or racist as they played complex blues pieces like “Bloomdido” and “Groovin’ High”. However, some bebop musicians refused to be entertainers like Cab Calloway or Louis Armstrong in his later years, singing for a mainly white audience. Their music was based on black independence and honor. Charlie “Bird” Parker wrote “Now’s The Time” to emphasize that it was now time for a social change. While Dizzy Gillespie, Charlie Parker, Miles Davis and Dexter Gordon were admired in Europe, they can only enter the jazz clubs they were playing in from the back door in their own countries. Because the front door was exclusive to whites. Hard Bop, which followed Bebop, kept the same rhythmic and harmonic understanding with little nuances, while focusing more on the “black” feeling. Art Blakey, Horace Silver, Bobby Timmons and Lee Morgan called out to the black community in their works. In the meanwhile, jazz musicians had to keep their distance with the leftist protestors during the McCarthy government during the Cold War. It was the beginning of the 1950s and this short pacifism brought the Black Political Activism in the lime light during the end of the 1950s. It was impossible to stand against time. “Avante-Garde Jazz”, called the “New Thing” was breaking all the boundaries. Free Jazz, lead by Cecil Taylor and Ornette Coleman, was a stance against the Vietnam War with its dissonant structure and tenseness in the 1960s. Archie Shepp’s albums were an undeniable unity between jazz and politics in the same period. Shepp calls jazz “anti-war” in an interview he gave in 1966. Similarly, Albert Ayler…

John Coltrane was closely tied to his African roots. He supported Martin Luther King;s Black Citizenship campaign with his music. He wrote “Alabama” to commemorate four black girls dying in a church fire caused by Ku Klux Clan in Birmingham and included it in his “Live at Birdland” album. Coltrane became a hero through not only his innovative tenor technique but also with this attitude of his. A majority of black, or Afro-American, musicians supported NAACP (National Association For The Advancement of Colored People) and black rights. At least with the pieces they wrote… 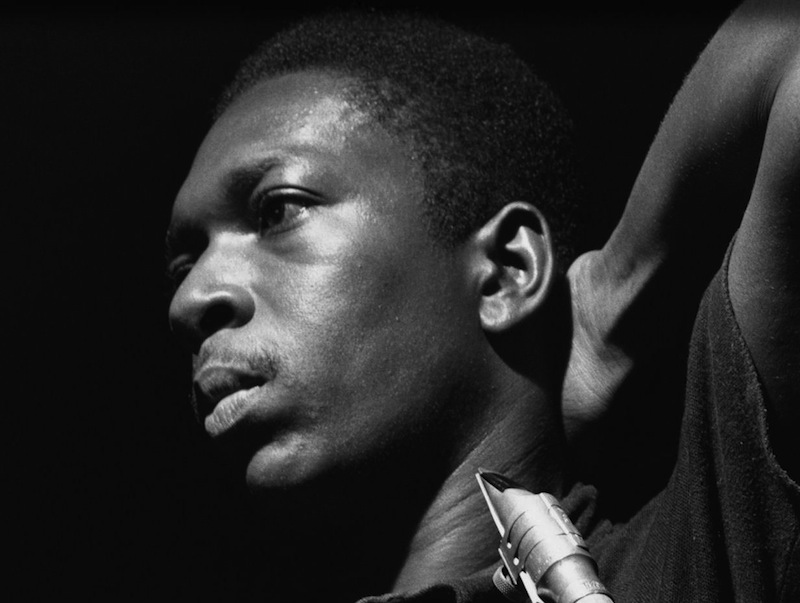 Record labels were required to release such recordings. Some important labels, especially Atlantic, owned by Nesuhi and Ahmet Ertegün, and Blue Note, opened their doors to political Afro-American musicians. Gene Russell founded Black Jazz Records in the beginning of the 1970s in Oakland as an alternative to traditional jazz and to support political Funk- Jazz, Free and Soul Jazz records. It received an incredible amount of attention—according to Billboard magazine, pianist and organ player Doug Cam’s records sold more than Dave Brubeck and Ramsey Lewis despite him being a soul jazz pianist. The company closed its doors when Russell died in 1974. Black Jazz Records’ mission was taken over by Tamla Motown in Funk and Soul genres.

White musicians also fought against racism, segregation and war. We discover that jazz is not merely an improvization storm that we nod our heads to while we listen to it in clubs, but that it had to pay such a tough price to get to where it is not today as we delve deeper into the subject. Those who are interested in jazz usually know the backstory of the artists and the truth behind the genre. The other side of the coin is even more cruel. What did jazz musicians and orchestras have to face in the Third Reich and Stalin eras? Are AACM and M-BASE a reaction against white musicians? I will continue with this in my next article.

This article was published in the 74th edition of Jazz Dergisi in 2014.