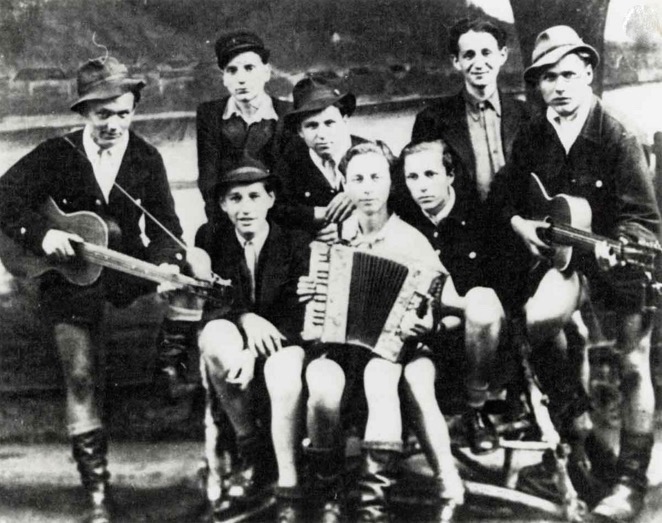 Jazz During the Third Reich

Germany discovered jazz during the Weimer Republic. It eventually became the symbol of the 20th century for the country. However, the nationalist conservationists and the right wing, who were getting restless, did not condone it. The pressure on jazz increased when Hitler came to power and this art called “Fremdlaendisch” (“Foreigner”) was ripped from its roots and thrown away. The first precaution taken was to form “Reichmusikkammer” (“Chamber of Music”). This meant to alienate Jewish musicians and to prevent foreign musicians from entering it. An unlikely event that shook Germany in those years would help jazz music on its way. What was this event: 1936 Berlin Olympics! A relatively freer environment was created especially in Berlin, and the new branch of jazz called Swing was being played in dance halls and on the radio. “Swingjugen” (“Swing Youth”) was taking the city by storm. This did not last long. Local Nazi party leaders, the police and some businessmen released manifestos in 1937 and 1938 declaring Swing and jitterbug forbidden in their presence. Jazz persevered despite all these limitations. This was because some inspectors and swing-loving Nazi officials allowed its presence on the side.

Foreign cultural products were boycotted and dance halls were condemned when World War II started, and this took its toll on jazz as well. Even though swing dance was forbidden, jazz was gaining momentum, paralleling the first war victories of the country. On the other hand, jazz orchestras were brought over from the other conquered or ally countries to counter the lack of German musicians who were drafted into the army. These orchestras met the music demand coming from both the soldiers coming back from their stations and the civilians alike. The Nazi management approached the production and distribution of LPs and movies with jazz content mildly for a long time. Swing was even used for propaganda reasons during various instances. For example, Charlie and his Orchestra was formed due to Goebbels’s orders from the ministry of propaganda. The orchestra would participate in radio emissions and give concerts. The Stalingrad defeat and Goebbels’ announcement in 1943 signalled that most venues which featured swing would be closing down. This meant the end of the jazz era. Despite all this slandering, bans and some jazz musicians and followers being imprisoned, the presence of a jazz scene during the Third Reich in Germany cannot be denied. Professional and amateur musicians were secretly supported by swing lovers and LP collectors while political climate prevented its ultimate growth. Jazz went from being tolerated to embraced with a sense of ownership despite the bans due to the fluctuations in the internal dynamics and external politics of the Nazi ideology. This situation shows that the Nazi party could either fully suppressed nor made appropriate laws on jazz. 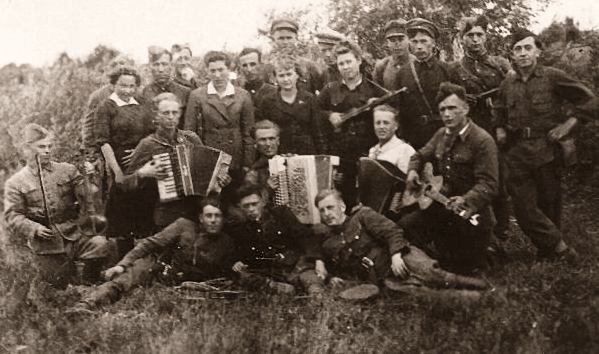 Even though the Nazi regime was pushed aside as being “corrupted”, jazz-or genres related to it-were heard in the concentration camps according to the witnesses to the history and the survivors. Swing was secretly played especially in Vichy (France), Westerbork (Holland) and Lodz (Poland) concentration camps. According to Fred Wander, a survivor of the Perpignan camp in France, Viennese Erich Pechmann, who was arrested for being Jewish in 1942, sang blues really well and imitated the instruments with his voice. This provided the other inmates great morale. Wander described Pechmann as: “Everybody would get silent when he sang. It was magical that he could imitate all the instruments in the orchestra. He would inject these scared, belittled people with the joy of living once again.” Pechmann unfortunately lost his life to typhus caused by the living conditions in the camp on the 4th of August, 1944 (Maybe he was ironically lucky not to have died in the gas chambers).

Some students from Czechoslovakia founded a vocal octet in the November of 1939 in the Sachsenhausen camp. The leader of this ensemble called “Sing Sing Boys” was Karel Stancl, who wrote pieces for the Freedom Theater in Prague that was closed down in 1938 due to its antifascist inclinations. Boys sang well known musical and movie songs with Stancl’s swing arrangements. They also had Jaroslav Jezek’s serious jazz pieces in their repertoire. However, their activities were soon came to a halt by the decree of the German occupation forces. Fortunately the members of Sing Sing Boys were pardoned and freed in the spring of 1943.

A jazz ensemble was set to be formed in 1939 in the Buchenwald concentration camp. This took four years to be realized with the help of the International Illegal Camp Commitee. Some of the political inmates in this committee held special positions in the camp bureaucracy. Herbert Weidlich came up with extra official paperwork to prevent the members of a group called “Rhythm” to be sent to other camps. Because transferring meant death. This privilege allowed the musicians to rehearse comfortably. Another advantage was that they did not have dangerous jobs. “Rhythm” eventually became a big orchestra with the addition of international members. They no longer were an amateur orchestra but a professional one. What was interesting was that the older prisoners first had rejected the orchestra, calling it “Bourgeoise” music, only to accept it later on due to its power to raise the morale of the inmates and its ability to camouflage the illegal committee meetings. The concerts would take place in pre-assigned blocks with the nod of the SS, and there would be events in the cinema barracks that would include jazz performances. Theresienstadt, among these camps, was nicknamed “Show Camp”. The cultural life here was rather good. There would be jazz concerts as well as classical music performances. Clarinet and saxophone player Bedrich “Fritz” Weiss’s combo was the first jazz ensemble that came together in this camp. In addition to these, jazz musicians would accompany cabaret shows and form different ensembles. “Ghetto -Swingers” was the most famous one among these. This Czech orchestra, lead by pianist Martin Roman, was good despite being in the amateur level. Older generation inmates found the music commercial here as well while the younger ones supported it. Ghetto -Swingers could not avoid being sent to Auschwitz Birkenau despite all this popularity and even the fact that they worked on a documentary about the camp itself. Guitarist Coco Schumann told a memory from this during an interview: “Camp Kapo (the camp manager) gave a party for the block chiefs. We were playing. The guests came dressed in women’s clothing. They became drunk right away. One of them took the women’s shoes he was wearing and tried to make me drink champagne out of it. I had to drink it. They would also start crying like children while listening to our music.” 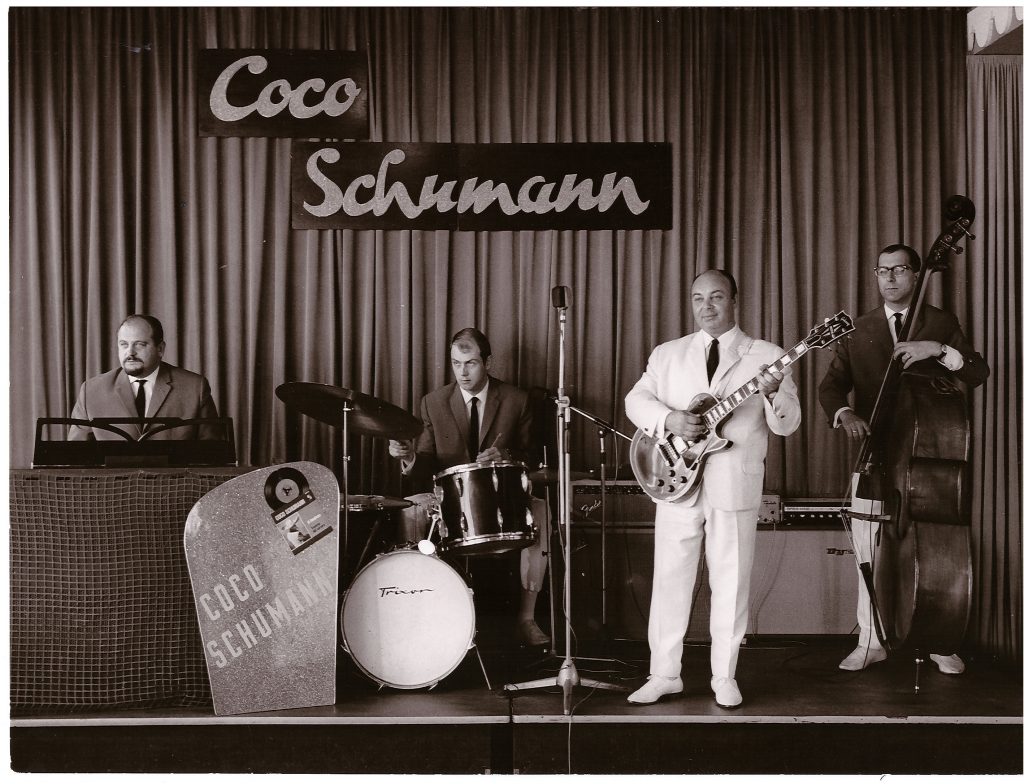 These musicians who were members of a successful orchestra in Theresienstadt with an incredible jazz repertoire were nothing more than slaves who were at the mercy of the SS at Auschwitz. By the way, some of them were able to avoid the gas chambers. Those who were left were sent to Sachsenhausen through Berlin and then Dachau. Only a few musicians survived from Ghetto – Swingers.

10 “Weird” rules for jazz musicians enforced by the Nazi regime;

Jazz, just like other modern forms of art, was under pressure in Europe during the Nazi regime. Nothing should corrupt Aryan German art. Even theorist Theodor Adorno, known to be antifascist, called jazz, looked down upon by the totalitarian circles, ‘rather crude’. Here are the control freak Nazi regime’s rules:

1. Foxtrot rhythm called “Swing” will not exceed 20% of the light music and dance orchestras’ repertoire.

2. “Jazz” compositions will be written in major and their lyrics will not reflect Jewish pessimism and frustration; instead they are to reflect the joy of life.

3. The style called “blues” will be more up tempo. It will not exceed a certain tempo either. It will be appropriate for the Aryan soul. The hot-jazz tempo and improvization of the blacks will not be acceptable.

4. The pieces can be 10% syncopated at the most. The hysterical tempo of the barbaric race and the repetitive “riffs” which will lead the German public to their dark instincts will not be disposed of and “legato” will be insisted upon.

5. Instruments that are foreign to the German soul (like cowbell and brushes), and equipment which make the natural and royal tones of the woodwind and brass instruments into Jewish wailing (like wah wah, sordino etc) are strictly prohibited.

6. The drum pauses will not be longer than 1/4 on a quarter note except for stylized military marches.

7. Acoustic bass will be played with a bow during jazz pieces as well.

8. It is prohibited to play strings with bare hands because it will ruin both the instrument and the Aryan musicality. If this technique, called “Pizzicato”, is a must for the structure of the piece, then close attention will be paid not to make increase the sustain of the strings.

9. Musicians are forbidden to improvise ‘scats’.

10. It isn’t recommended for light music and dance orchestras to include the entire saxophone family. Violin, viola, cello or folk instruments are to be used instead.

(Taken from author Josef Skvorecky’s memories who has witnessed the Nazi and Soviet occupations in Czechoslovakia).

Roy Ackerman/ John Jeremy: “Swing under the Swastika. The Story of a Music that could kill and save”- 1988 (52 min.) ( Text: Michael Zwerin)

This article was published in the 75th edition of the Jazz Magazine (2014).