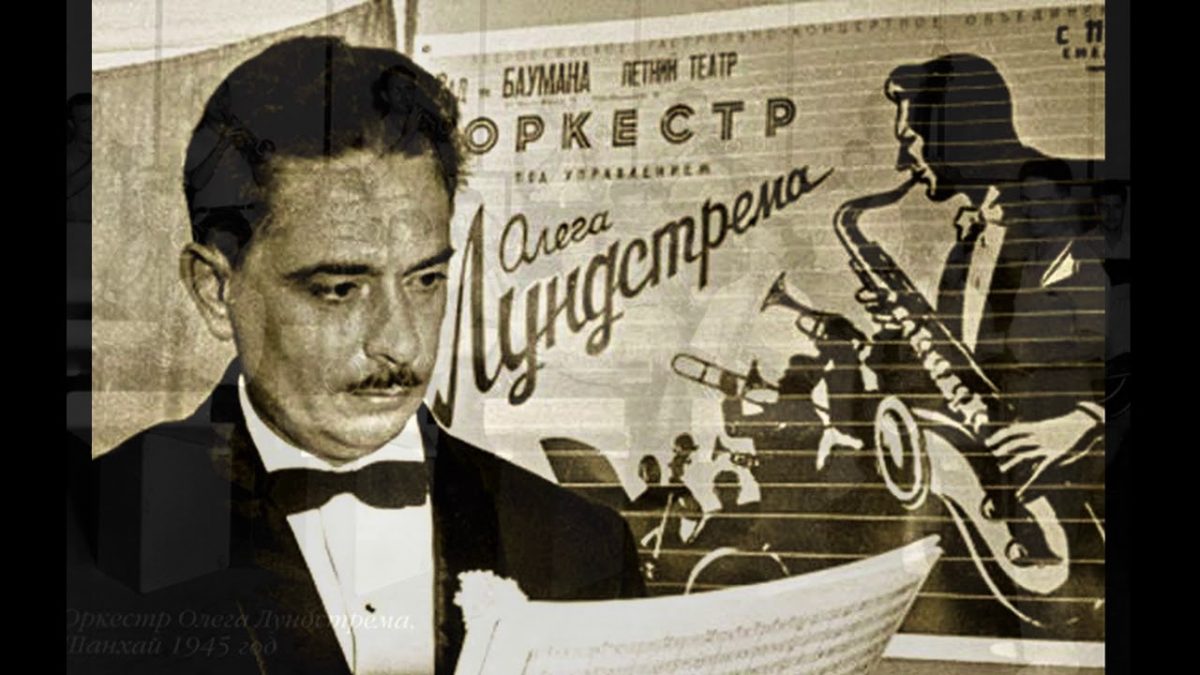 We have focused on jazz during the Stalin Era in the Soviet Union. It was a fluctuating situation that kept changing depending on the conditions of the period. Interestingly enough, WWII had a positive effect on jazz in the Soviets. The divide between the bourgeoisie and the working class no longer existed. The Red Army used jazz to raise the morale in the battlefront. Soviet musicians and orchestras went to the fronts to give jazz concerts. Jazz now had an artistic and cultural use just like classical music. The Red Army Orchestra would play American standards and adapt Russian folk songs and ballads to jazz. In addition, Russian soldiers listened to American jazz on the United States Armed Forces Radio. Initially, the Soviet government did not take the American culture and music and their effects on the battlefront, cities and villages. However, a movement against jazz started after the victory of the Red Army at Stalingrad. Leonid Utesov was accused of making his orchestra play “cheap music”. Music critics also suggested folk music to be listened to and played at the battlefront. Despite all this, jazz was played everywhere during the celebrations on the 9th of May, 1945. Gosdzaz Orchestra gave a concert at the Red Square.

Oppressive movements against jazz and popular arts started right after WWII. Most of the famed jazz musicians were arrested after 1946. The musicians who weren’t arrested were oppressed in other ways. For example, the title of Aleksandr Tsfasman, Radio Jazz Orchestra’s conductor, was taken, Gosdzaz’s name was changed to “Entertainment Orchestra”. Te Red Army Jazz Orchestra was disbanded in 1948. The new oppressions and limitations were the same as those in 1929-30: Certain chords and vibrato of the brass wind instruments were forbidden. The wah wah effect of the trumpets was an artistic mistake. Excessive tempo was unnecessary and every jazz drummer was at fault.

These rules therefore pushed popular music outside the Soviet borders. Baltic radios broadcasted jazz music a lot just like Voice of America and BBC did. There was a lively jazz scene in Estonia despite the strict regulations. Ultimately, oppression on music lasted until Stalin’s death in 1946, even pronouncing the word “jazz” was risky. However, better times were to come after the 1950s for the art of jazz… Eddie Rozner and Oleg Lundstrem orchestras received a lot of attention during their concerts in Moscow and this lead to new ensembles to form. For example, Iosif Vainstein in Leningrad, Vadim Ludvikovsky in Moscow and Riga Variety orchestras… There was more to come; talented arrangement writers and soloists were brought over from Europe. With the new ensembles and orchestras being formed, concerts were not enough and therefore jazz clubs were needed. The frontmen of the new orchestras formed after 1950 were German Lukyanov, Gennady Goldstein, David Goloshekin, Nikolai Levinovsky, Vyacheslav Ganelin, Alexei Kozlov, Roman Kusman, Nikolai Gromin… Ganelin, Kozlov, Kusman and Gromin. This is another article in itself.

Jazz During WWII in America

When America entered the war on the 7th of December 1941, the reach of jazz increased and reached overseas with Swing, the national favorite… Its main purpose was to make the soldiers feel at home. Downbeat magazine explains this as: “The members of the orchestra were no longer solely jazz musicians but also are music soldiers at the same time.”

The music industry was having a tough time while the situation at the battlefront was as mentioned above. The blackouts and curfews were giving most night clubs and dance halls a hard time. The dance halls around the country closed their doors due to the 20% entertainment tax. The shortage on gas and tires affected transportation negatively and musicians were forced to take the train. Traveling by train was not suitable for concert tours for various reasons. The LP production has stopped and companies paused manufacturing jukeboxes and instruments.

Orchestras were disbanding due to the call to arms. For example Jack Teagarden lost 17 members of his orchestra to the army. The young and novice musicians who replaced the experienced ones going to the army gave famous orchestra conductors a hard time. Tommy Dorsey was complaining, saying “I am giving a young trumpet player 500 dollars a week but he couldn’t even blow his nose.” “Girl Orchestras” were emerging while most musician put on their uniforms. Their aim was to make dance music and sell promissory notes.

The conductors of the orchestras were enrolling in the army as well. Glenn Miller orchestra’s famous swing piece “In The Mood” was a wartime favorite. Miller, who had to disband the orchestra, enrolled in the Air Force and founded Air Force All Star. He was sent to England to permanently make emissions with BBC. Miller’s plane got lost over the British Canal the same year while traveling to Paris for a concert.

“Swing King” Benny Goodman wasn’t drafted due to his back injury. He and many members of his orchestra volunteered for USO (United Services Organizations). They made special recordings for the soldiers fighting overseas. Artie Shaw founded a Navy Orchestra that toured the South Pacific. The heat and moisture affected the instruments negatively. The ship the orchestra resided in was bombed 17 times by the Japanese fighter planes. An unforgettable moment for Shaw was when 300 thousand soldiers were applauding after they gave a concert on the flight deck…

It was a different situation for Afro-American musicians who wanted to enrol. Some of them were rejected with excuses like mental instability or bad habits. It was looked down upon when black people wore uniforms. Dizzy Gillespie explains that era as “The real enemy was not the Germans. It was the white Americans who kept kicking us daily physically and mentally.” However, it was the black people’s jazz that carried American culture overseas during wartime…