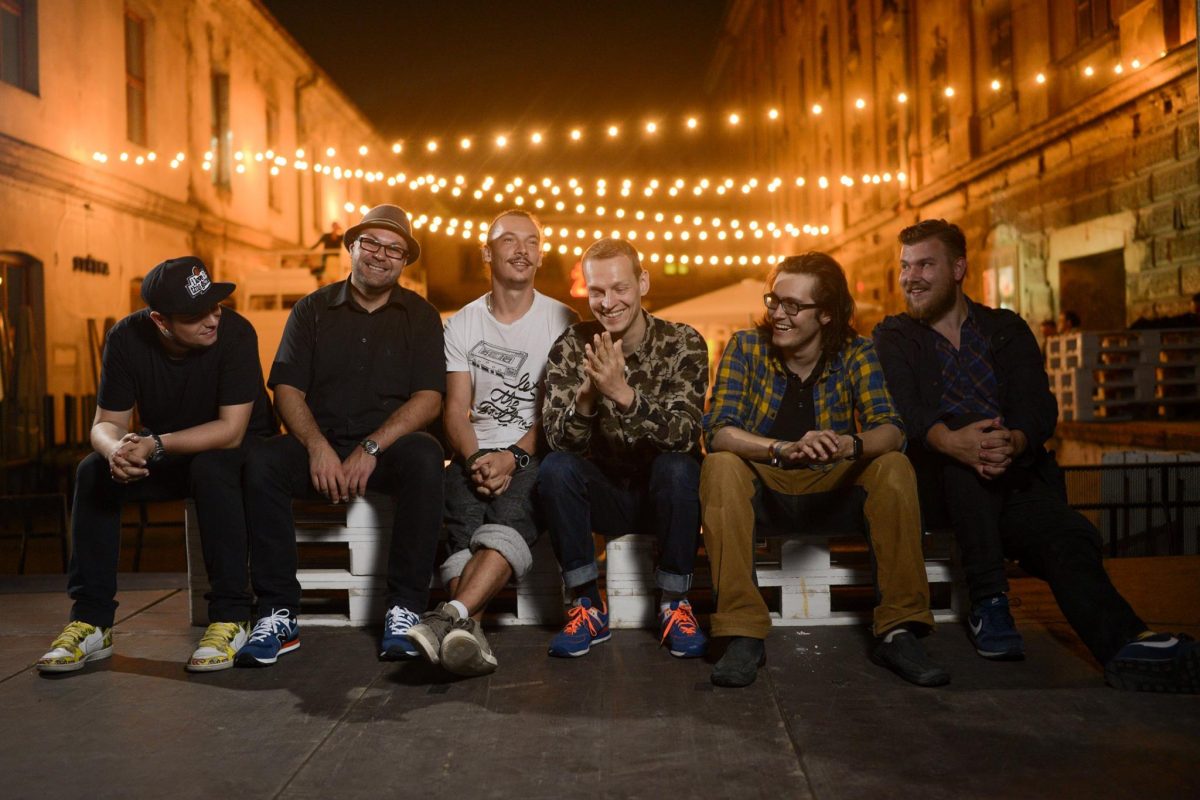 I find transitions between jazz and other musical genres rather magical. Isn’t jazz ultimately a genre saturated with improvization anyway? I think transitions to other genres are welcome as long as it sounds good; they should be welcomed to reach bigger audiences especially when jazz is concerned… To relay something that I observed; the transition and references between genres is often practiced by Polish musicians and this is the biggest reason why jazz has a younger audience in Poland. Here, musicians often combine jazz with hip-hop and rap. The results are fantastic; you cannot help but move when you hear the music. The band I am writing about today, Eskaubei i Tomek Nowak Quartet, is such a band; they combine jazz with rap and get their listeners moving to the rhythm right away.

Eskaubei i Tomek Nowak Quartet consists of band members who have proved their success long ago through their own solo work and their other band projects, and now they are gathered under the same roof to combine their talents. My own opinion is that the harmony between the voice of Eskaubei, who wrote the lyrics and sings the rap partitions, and the successful trumpet touches of Tomek Nowak is entirely magical. I think I was really impressed by this harmony while I listened to them with my eyes closed during the evening of the concert.

I was also impressed by the fact that even though most of the song lyrics are in Polish, all the foreign members of the audience, myself included, were able to fully get the feeling of the music. I asked Eskaubei what the songs were about when I conversed with them after the concert. One song apparently is about the common points between his own life and Miles Davis’s, another talks about the tough times he has been through and such personal things in general. I realized that I was moved both when I didn’t know about the meaning of the lyrics and when I learnt them. Therefore jazz has no language or boundaries.

Eskaubei i Tomek Nowak Quartet is currently working on their third album which they plan the release at the end of the year. Eskaubei said that the album will be filled with surprises. They also focused on their joint project with the legendary musician Michał Urbaniak, with whom they will perform together. The band is doing their best to bring a new sound to Polish and international music circles and they chose their starting point as ‘an innovative and unique sound’, which works pretty well in my opinion.

Mr. Krime, my dear friend Wojtek, is a successful and experienced musician with a friendly and warm demeanour. I haven’t seen an instrument that he cannot play so far. But he mainly focuses on the keyboard and the drums. Everybody knows him in Kraków because of his marvellous DJ sets. He performs at the most popular venues in the city weekly. His sets are different, and they stir clear of cliches and instead focus on funk and the 1980s. His music is just after my own heart. The evening starts with Michael Jackson and spans to Jeff Lorber! He is responsible for the turntablism and synth touches in many of the pieces in Eskaubei’s album. That’s why Mr. Krime is very important for the band. He works on similar projects with other bands, and his new album is set to be released soon. We are highly anticipating it! By the way, I will share a detail about Mr. Krime that makes me rather happy: He is a big fan of Aydın Esen… He mentioned how there is no other musician who has influenced him as much as Aydın Esen did in his life. Imagine what a prominent musician can do with the influence of likes of Aydın Esen!

To keep it short, if you are in pursuit of unique and innovative music, you should listen to Eskaubei i Tomek Nowak Quartet; you will not regret it.