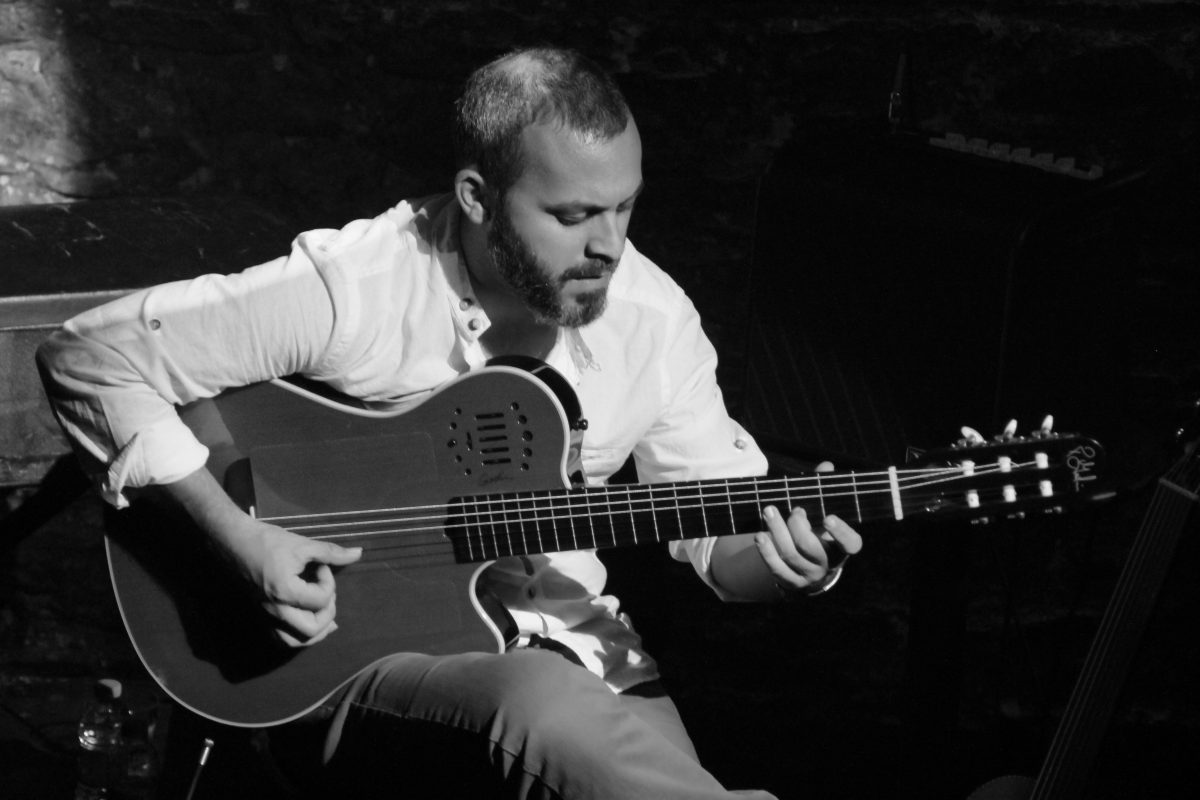 Cenk Erdoğan is the first guest of jazzdergisi.com‘s Blindfold.

(http://english.cenkerdogan.net/) After his studies on composition at İstanbul Bilgi University, Erdoğan started to concentrate on fretless guitar. He also gave a workshop at Berklee College of Music on fretless guitar. He released his solo guitar album ”Kara Kutu” in 2014. He played at many festivals in Turkey and abroad, performing his own compositions. He also produces music and works on film scores. We played and asked him guitarists playing different genres. 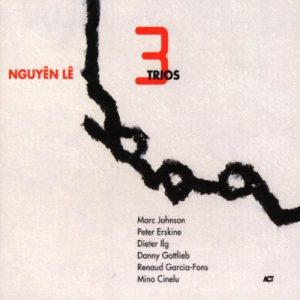 This is Nguyen Le. I can recognize his playing from miles away! We frequently mail each other. We both have the idea of not being seperated from our roots. On some of his albums he uses Vietnamese melodies or samples of local sound. I think this is an ACT album, nicely recorded. I think the bass player could be Larry Grenadier, but it doesn’t sound like him. This sounds more European oriented. I wanna say it’s Lars Danielsson but the performance is too strong to be him. Le is playing with his bamboo guitar, the body is made of bamboo. He has a lot of unique guitars. This is an acoustic or piezo sound. I love the way he plays ballads.

Yes, I know this album. He plays with three different trions on this one. 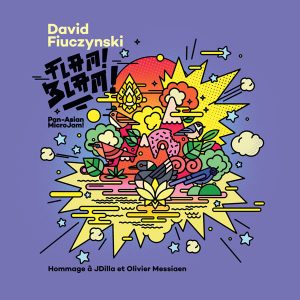 Microtonal music with commas. I think he’s playing a fretless guitar. Although I can’t really distinguish, I know two players playing this kind of experimental music. One of them is Timuçin Şahin and the other is David Fiuczynski. The second one is more rock. I think it’s David Fiuczynski.

There was a sentence he played, going up. That’s when I understood it was him! I gave a workshop at 2005 at Berklee and David‘s the guy who invited me to Berklee. He plays with Hiromi as well. The way he plays the fretless guitar is not the same way we Turks play it. Timuçin Şahin plays it like him, too. They see it more like ribbon-synth and play it accordingly. It’s not my style. I like David‘s ”Screaming Headless Torsos” better. That one has punk, jazz, hip-hop and rap in it. He has for or five ”Screaming Headless Torsos” albums. He has an album named Kif, an electric cello player named Rufus Cappadocia plays on that album. 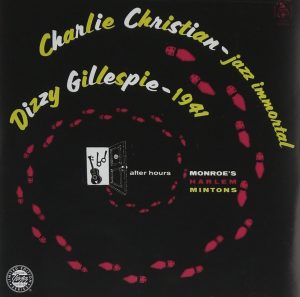 The taste of an old album like this is a whole another thing. It sounds like Tal Farlow to me. I waited for him to play an octave but it didn’t happen. The time and swing is very well, by the way. It could be someone more modern than Tal Farlow. Barney Kessel comes up to my head as well.

Of course I know it! While I was studying on these times of jazz I was more interested in Tal Farlow. I could have known this album fifteen years ago but what you listen to changes in time! 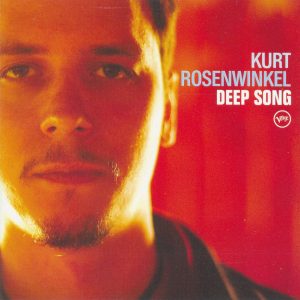 The dark and dry piano sound makes me think of Aaron Parks. The piano recording is amazing. The saxophone player quoted a lick from Straight No Chaser. Can it be Mark Turner? The guitar player is Kurt Rosenwinkel. The compositions of Rosenwinkel are perfect. The drummer’s touch is soft yet his playing is very dynamic. It could be Eric Harland.

Yes, Brad Mehldau usually plays his solos with little pieces. Small chords on the left hand, a gradually progressing theme on the right. Here he goes straight into it. I couldn’t figure out from his left hand. Brad Mehldau gives you the impression as if he’s a lefty playing with his right hand. I figured it was Kurt because of the composition and his tone.

Is Kurt using a chorus effect?

No, it’s not chorus. People thought he was using chorus for many years. He actually creates that effect via a small microphone doing his own vocals. When I first heard him I was surprised by the fact that when he played a chord only one note was heard with the chorus effect. It was asked him in an interview and he told all about it. I think this effect was the most unique thing about Kurt‘s sound but I don’t think he uses it often anymore. It’s not like a George Benson scat, the way he does it so precise that it’s heard like an effect.

Thank you for this pleasant Blindfold.

When Line Meets Jazz: "Sakamichi No Apollon | Kids on the Slope"