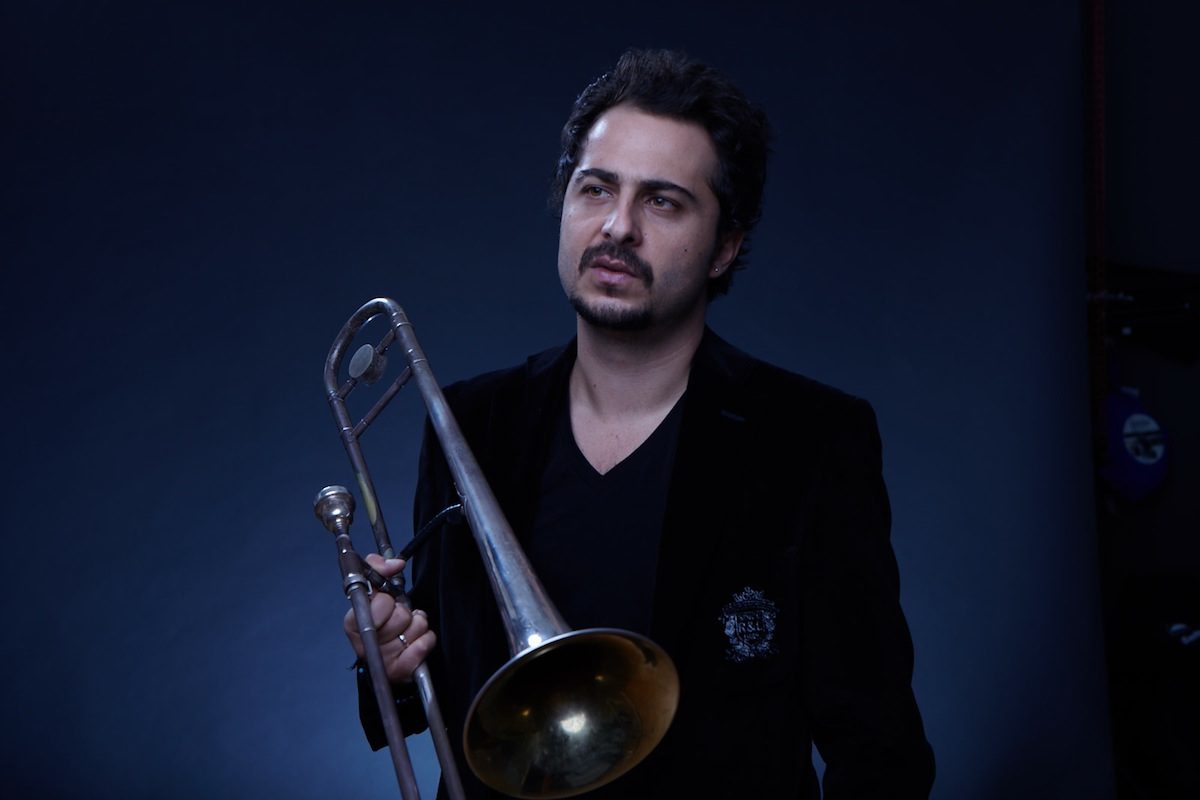 Bulut Gülen is a jazz musician, composer and teacher. He is one of our most valuable musicians who uses trombone as a solo instrument. He always aims to do better and to excel. This can be read in his eyes, just can be understood from his words. Gülen has worked with important artists such as Aycan Teztel during his education which started at the State Conservatory. He won the Arif Mardin Special Prize in 2009. He worked with many important jazz musicians when we played with Berklee Concert Jazz Orchestra.

After working with amazing musicians and a great recording process, Gülen’s “Su” album was born. Eight of the nine pieces in the album belong to Bulut Gülen. ‘Ayrılık’ is an arrangement of a well-known Azeri folk song. Ferit Odman, Ozan Musluoğlu, Can Çankaya, Şenova Ülker, Engin Recepoğulları and Önder Focan play in this album. The album is as smooth as water (‘Su’ means water in Turkish). “Su” isn’t actually an allusion to drinking water as we know it. It was born from an idea that came to Gülen when he was alone by the sea shore at an early morning. The piece called “Erik” is actually a jazz composition homework he did in the States. Each piece has their own story; each became as special to us as they are to Bulut.

We played almost all the pieces in the album with Bulut Gülen, who was this week’s guest to my “Bizim Cazcılar” program on NTV Radio. My suggestion would be “Ayrılık” and the namesake piece “Su”. You can also listen to these pieces we seletec for you while you read Gülen’s story. It will make for a pleasurable music journey…

Abdullah, Would He Make A Good Trombone Player?

Music entered my life when I was 9 years old. I was born in Eskişehir. I sang in the Children’s Choir of Anadolu University until I was 12 years old. That is how I got interested in music. My choir teacher encouraged me to enrol myself into the conservatory. That choir actually gave me the opportunity to continue with my career as a musician. I started my piano education part-time at Eskişehir Anadolu University State Conservatory. I got into the trombone department of Hacettepe University State Choir in 1993. Middle school, high school, university—I finished all those as a full time conservatory student. They didn’t have the part-time option back then. Then I got into Istanbul University State Conservatory. I went to the States in 2005. I studied trombone performance at Berklee College of Music. I came back in 2011. I have been living in Istanbul since then. There are other musicians in my family as well. So conservatory wasn’t an unfamiliar concept for us. There are many musicians especially on my father’s side; pianists, violinists. Music was something we knew of and they supported me.

I studied very hard the first few years when I switched my instrument to trombone. After all, you cannot lay a good foundation for such an instrument if you don’t study hard in those ages. Hacettepe has a special place for me, especially in those childhood years. Why trombone? It was very hard to get into the conservatory back in my day. Unlike today. I got through three different stages of eliminations when I was trying to get into Hacettepe. You face the school’s jury in the final elimination and they direct you [towards an instrument].

What Is A Trombone?

I have a funny examination story. I got through the first two eliminations. The third elimination was in the concert hall, a gentleman on the upper floor called for me. I went to him. He asked me to open my mouth. I did and he checked my lips with his fingers. He smacked my stomach. Then he turned to the person sitting next to him (who was a trombone teacher as I later on learned) and asked “Abdullah, would he make a good trombone player?” He asked “Will he grow taller?” and then asked me about my age. I replied that I was 12 years old and he said “He will grow taller.” Then they turned to me and asked “Would you like to play the trombone?” I asked “What is a trombone?” They started laughing. Then I said yes, I would like to. The results were announced; trombone. What was a trombone? 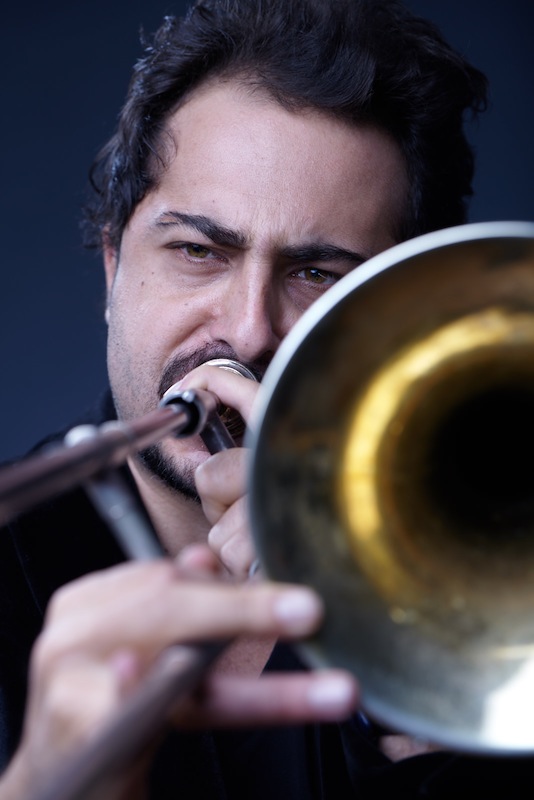 I Would Be A Trombone Player If I Was Born Again

Ova Sünder, who has been the principle of the Istanbul Conservatory for a long time, was a relative from my father’s side. We called her right away. “Aunt Ova, they put me into the trombone department, what is a trombone?” I asked excitedly. I will never forget what she said: “Dear Bulut, most people cannot play the trombone well but those who do will never let go of its grasp in their lives.” She told me not to worry and encouraged me to play. I would be a trombone player if I was born again. I came to love and internalize it.

A Job To Dedicate My Life To

I didn’t listen to jazz during my childhood, but I did listen to music that ultimately lead to jazz. We would listen to Blood Sweat & Tears, Earth, Wind and Fire and Chicago. So there was an inclination even back then. I had already started to play solos by myself. But the turning point came when I was in my twenties. Classical music is enchanting, I still listen to symphonies and orchestras. I was also working back then. However, I realized that this wasn’t how I wanted to live and make a living, I only wanted to play jazz. There weren’t many places to do so in Ankara. I met Aycan Teztel who facilitated my move to Istanbul. Everything came naturally after that. The puzzle pieces came together. I knew that I would be playing jazz for the rest of my life in the beginning of my twenties.

I decided to go to the States when I was in my mid-twenties. Attending Berklee is a dream for jazz musicians. I went to Paris and took an exam. It went well and I got a scholarship. Then I went to Boston. I struggled for 3-4 months there. However; I was studying at one of the best schools. I worked with Phil Wilson. He is still alive, a living trombone legend. I worked with Hal Crook. I played with many big bands. I went to New York, Miami, gave concerts at Montreal Jazz Festival in Canada. What else could a jazz musician ask for? It is a different kind of pleasure to breathe in that air. I feel so lucky that I was able to do this.

I really wanted to stay in the States. I remember the speech my teacher Phil Wilson gave me to make me stay like yesterday. He was teaching at a university 40 minutes away from Boston. He said “Bulut don’t go, do your master’s studies here, I will arrange you to be an assistant.” However, I had trouble with the mandatory military service here—back then it wasn’t easy, there was no military service by payment. I looked like a deserter because I was studying in a second university. That fact made me panic. They kept sending legal papers to my house. My family got fed up as well. I thought I should go back and deal with it. I came and I stayed. I was in New York a month prior, and then I was running in full uniform at five o’clock in the morning in the plains of Konya the next month. 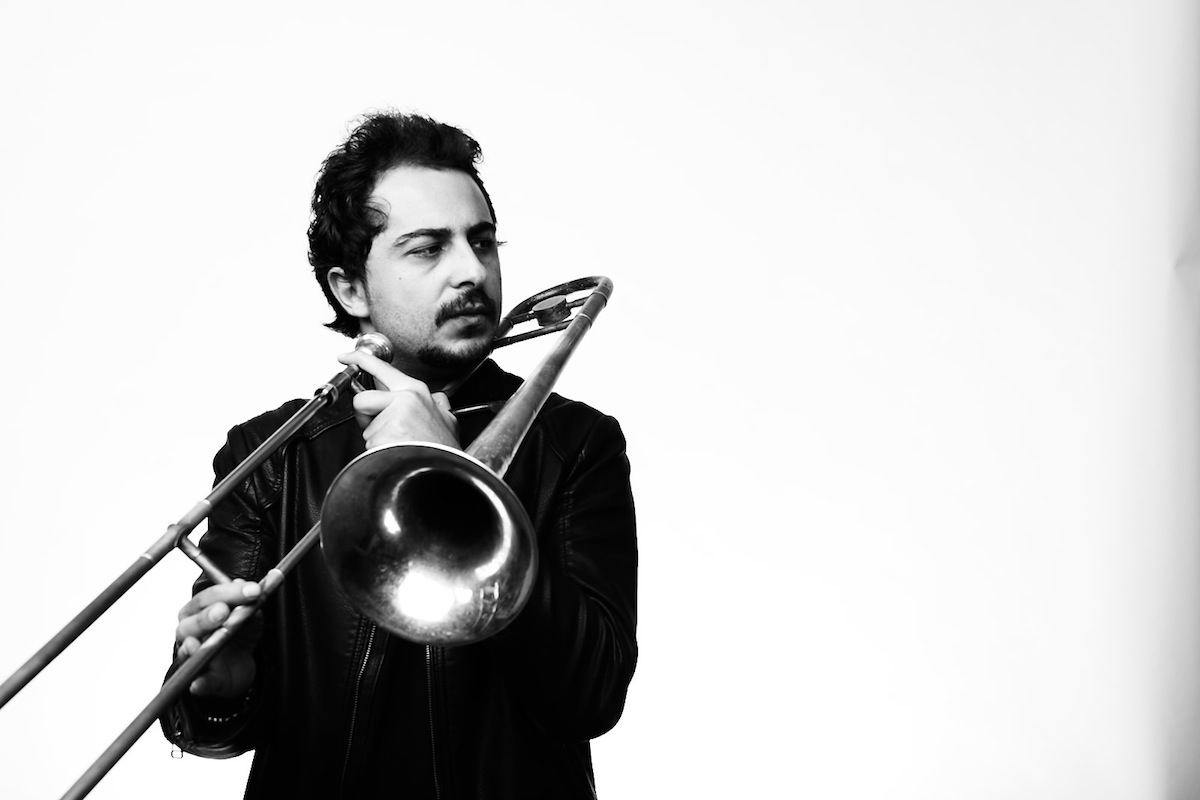 What Matters Is To Do Your Job The Best

What is jazz? Jazz is a genre. An American genre. Or more specifically an Afro-American genre. Its roots go back. It has many types and sub-genres. It branched out even more in our day. I am not someone with strict rules or a limited, narrow outlook. There can be Turkish jazz as long as it is done and sang well. I want all these to happen. Also, it is good not to solely focus on jazz. For example, there are those who try to apply the jazz format to Turkish Folk Music. Or those who try to apply it to Classical Turkish Music. These are hard things to do, and even harder to do well. They are dangerous waters. But I am okay with anything that is done well. I don’t have strict rules—as long as it is done in the best way possible.

Progress in music never stops. When you look at it, musicians make their most mature albums at their fifties. Because this isn’t like a sports branch; there is no such thing as losing form after a certain age. On the contrary, the musical ideas mature with age. It requires a lot of practice because it calls for a lot of creativity. One needs to keep practicing, listening and they need to love music. I am currently teaching at Bahçeşehir University, I gave lessons at Hacettepe as well. The younger generation wants to play everything but doesn’t want to practice. They expect me to give them a magical formula. There is only one formula and that is to practice. There won’t be a sudden revelation. You will not suddenly start playing well, even if you were born with talent.

Jazz Gives One The Goosebumps

There is a Turkish saying “Caz yapma” (which literally means “Don’t jazz”, implying one should keep quiet and not have an attitude). Jazz gives people goosebumps, and not in a positive way. When we step into the street, we realize we are living in a bubble—especially us jazz musicians. If we want to face the truths we have to step out. That is why I feel that it is somewhat normal that society doesn’t understand us and that we keep them at a distance. Because the world started to get more negative instead of positive. Each day a new banality emerges and is advertised. Turn on your TV, it is filled with low quality content. It used to be better, I remember it as being so. When I was a kid, they would broadcast classical music concerts on the TV, and we would watch those. We grew up in such an environment. There were jazz programs. Now it is filled with programs with no meaning. So it is hard to unite this music with the people. Let me be clear—it is hard. But it isn’t impossible. What I mean to say is, we should keep on with the music…