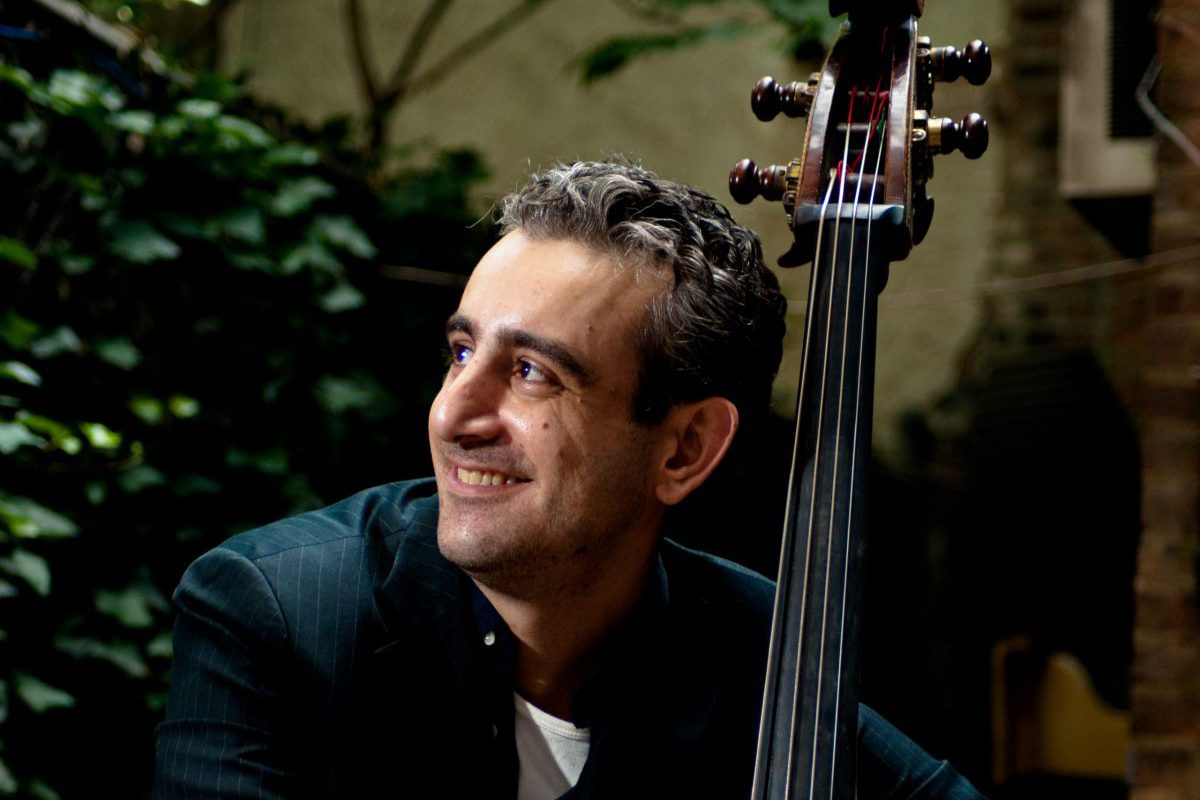 We are going through tough times both as citizens of Turkey and as the world. The power of music manifests itself more brightly during these times. Leonard Bernstein has a very famous saying, I feel its calling more than usual lately. “”This will be our reply to violence: to make music more intensely, more beautifully, more devotedly than ever before.”

Therefore I will write about an album that was released in the last few months of 2019, created with such a high level of intensity, beauty and dedication; its title is “Summation”. It means total, addition, summary, accumulation, etc. Its content suits all these meanings. The original title of the album starts with sigma letter in the Greek alphabet, “Σummation”. Lovers of mathematics, or even those who know how to use Excel at a very basic level would know that Σ means sum. Greek composer, bassist Apostolos Sideris named his music perfectly in both semantics and allegory.

Apostolos Sideris is familiar name for jazz musicians and followers in Turkey. He has been living in Istanbul for a long time and he is more Turkish in attitude than I am. It would be ill fitting to call him “foreign groom” through the similarities between “cacik-caciki”,  “defter-tefteri”, “hamam-hamami’ because he is a world-renowned musician. Even though he is always so humble, it is very possible for you to find yourself talking to Apostolos Sideris in Portugal alongside a Spanish musician who lives in England.

Σummation, released through Freshsound Records in Barcelona, features Apostolos Sideris on the double bass, Angentinian wonder-kid (I will mention him again later), pianist Leo Genovese and Greek drummer Dimitris Klonis. The album is named in such a way because it represents a musician world that embodies many different artistic influences. One can hear elements from Apos’ collaborations with successful Greek, Middle Eastern and Latin American musicians as well as world-famous jazz musicians. Therefore modern jazz is intertwined with Greek and Middle Eastern melodies, creating eclectic aesthetics. This eclectic atmosphere is thanks to the guest musicians as well. Andrea Romani is featured on the ney and flute, Giannis Poulios on the violin, Yiannis Moutsakis and Christos Sagient on the percussion. Therefore, Σummation deserves to be called a unique album which features its maker’s sound instead of being a ordinary piano trio album, mainly due to Apos’ personal filter that is heavily influenced by folk sounds. 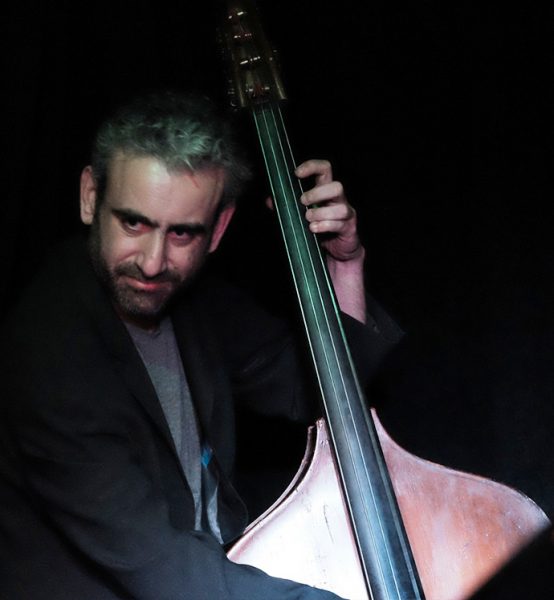 Apostolos Sideris, born in Athens, started his music education with classical flute. He moved on to electric bass at 15 and loved this instrument so much that he started to play in many rock bands in Athens. He took an interest in jazz at 17 and inevitably found himself at Berklee School of Music in Boston. He started to play the double bass here and had the opportunity to work with great bassists such as Ron Mahdi and John Lockwood. He performed with well-known musicians he met during these years later on. He became the student of legendary John Patitucci at City College in New York where he finished his graduate studies at. His artistic horizons expanded towards his own lands as well as South America and North Africa during these years. He reunited with Egyptian music that he was accustomed to since childhood due to his parents who were born in Alexandria. He worked with many musicians from all over the world such as drummer Clarence Penn, guitarists Lionel Loueke and Rez Abbasi, composer and oud player Ara Dinkjian, ECM artist Savina Yannatou, Syrian vocal master Youssef Khasa and Lebanese composer Ziad Rahbani. These encounters served as influences for the music he wrote.

One of the stars of “Σummation” is Argentinian pianist Leonardo Genovese (we call him Leo), who is one of the most popular composers and instrumentalist of the past 10 years. Leo didn’t leave a place untouched during his tour program for his own album “Seeds”. He took an interest in music in his family’s house in Venado Tuerto where he was born in. In addition to the advantages brought by the fact that his mother was a classical pianist, he started to play rock and pop, followed by blues and jazz. He realized music was his real calling when he was completing his double major studies on accounting and music at University of Rosaria and he found himself at Berklee.

Drummer Dimitris Klonis from Athens is the third name of the album. He started to play his instrument at 14 encouraged by Petros Daktilidis and progressed further when he met John Floros. Alan Dawson was also vital in his education process. His academic life started at National Technical University of Athens and continued at Conservatorium Van Amsterdam and  Rotterdam Jazz Academy as he worked with esteemed musicians during this time. He attended workshops given by legends such as Adam Nussbaum, Kendrick Scott, Jojo Mayer and Akira Jimbo. The musician is one of the most famous jazz musicians in Greece, as well as having an international presence through his work with Femi Temowo (Roots, Amy Winehouse) and Michael Weisberger (Milo Z).

The opening piece of the album, ‘Alev (Dibililili)’, has an Eastern identity through the bass improvizations in it even though it starts off with a highly syncopated Latin American theme. ‘Dream in a Dream’, which consists of two parts, seems to follow the opposite direction. The Eastern emphasis of the double bass slowly gains a Northern accent while the piano shoulders the rhythmic and melodic responsibility during the second part. ‘Ramallah’ follows the forms of Turkish and Arabic music as its title also implies, and it starts as a melancholic ballad with Andrea Romani’s ney and Giannis Poulios’ violin, only to surprise with the upcoming drum rhythms and the piano solos in its finale.

‘Science Friction’, the mini track of the album, attract the attention with its high level of interaction and improvisation as lead by the bass. ‘Sober’ carries influences of Thelonius Monk and could be called the surprise piece in the album with both its theme and its polyrhythmic structure. Apos defines ‘Πρόχειρη Απόχη (makeshift fishing net)’ as avant-gardesque; this piece comes to life through Apos’ vocals as he recites the words of poet Spyros Koroniotis.

The Indian-African influenced funky child of the album ‘Elephant in the Room’ thins out layer by layer as ‘Δέσποινα (Despina)’ brings the breeze from the Arab peninsula and Egypt through the guest percussionists Yiannis Moutsakis and Christos Sagient. ‘Improvization’ leaves the listener in awe with Apos’ musical influences and his technical skill in playing his instrument. Modern jazz piece ‘Orbit’ pretends to be Eastern while being the most obvious reflection of trio music in this album, while ‘La Dance Occasionnelle’ brings a new interpretation to the Green ¾ folk dance called ‘tsamiko’. ‘Reprise’ is the closing piece of the album which draws the curtains while leaving the listener excitedly hoping to listen to the live performance and continuation of it.