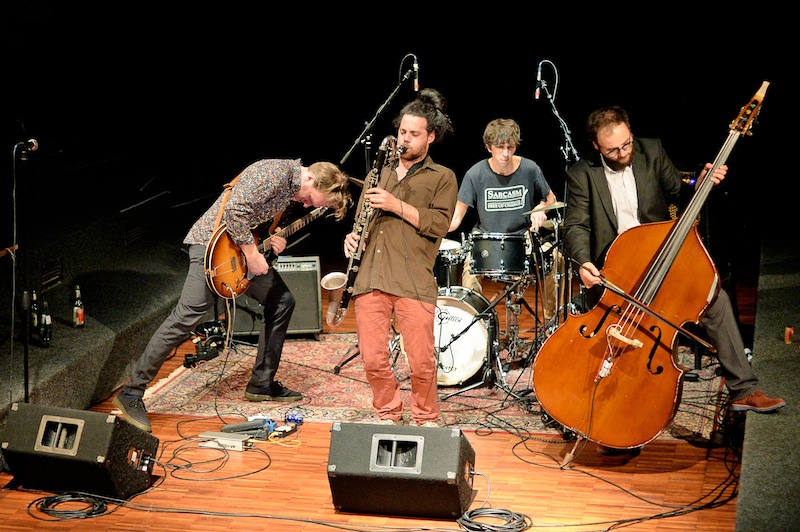 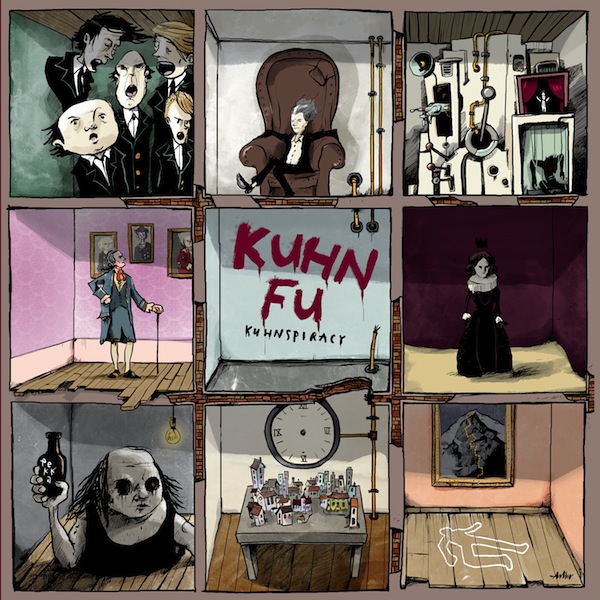 I was hoping to relay the ““Oğuz Büyükberber attitude” to many people while sending the review of his “Off Monk” album, one of the most creative albums I have listened to since its release, to be published in Jazz Dergisi. The fact that many of my friends listened to the album and like it made me happy, and a new door opened for me and my taste in music through a feedback I received on Facebook.

I got the opportunity to know about Kuhn Fu through a message Esat Ekincioğlu sent me. They released their new studio album “Kuhnspiracy” after a two-year tour and in this album we view jazz, which can be generalized with different tempos and approaches, through a different window. You can categorize Kuhn Fu’s music as jazz-rock, avant-garde or even psychedelic jazz… Or maybe the best would be to let go of yourself and to listen to your heart while listening to this music without trying to fit it in a category, because the group of musicians who recoded this album with the excitement of “overcoming the existing rules” come from different cultures and nationalities. Kuhn Fu’s members are german guitarist Christian Kühn, Israeli clarinet player Ziv Taubenfeld, Serbian drummer Lav Kovač and Turkish double bass player Esat Ekincioğlu. They are 4 close friends who seem to promise that they will always pursue good and high-quality music.

The dark emotions conveyed by the cover illustration created by Austrian artist Artur Bodenstein is faintly evident in the first track “Taubenfeld”. The Stanley Kubrick epic “Barry Lyndon”, which is reminded by the first few notes of Georg Friedrich Händel’s masterpiece “Sarabande”, seems to have found its genuine identity with this titular piece. Themes of death, sadness, pain, darkness and depression can all be felt in pieces like “Deux Ex Machina”, “Mahrani”, “Mono Industrial Post Depression” and “Eiger-Nordwand”, and they all seem to present the listener with that “blue” attitude that surrounds the album.

The pieces in the album are written by guitarist Christian Achim Kühn. Taubenfeld helped Kühn during the preparation of “Mono Industrial Post Depression”. After watching the performances they shared on their YouTube channel that these live performances are far more experimental and creative than their rendition of the pieces in the album. Another great thing about this album is that it was recorded live in the famous Clouds Hill studios in Hamburg without any edits or recording on multiple channels. I believe we don’t need to mention how important analogue recordings are, because high-quality analogue works enable the listener to experience what the musicians were feeling while playing the piece second by second.

I really like a line that is mentioned in one of Şener Şen’s movies: “Change your perspective”…