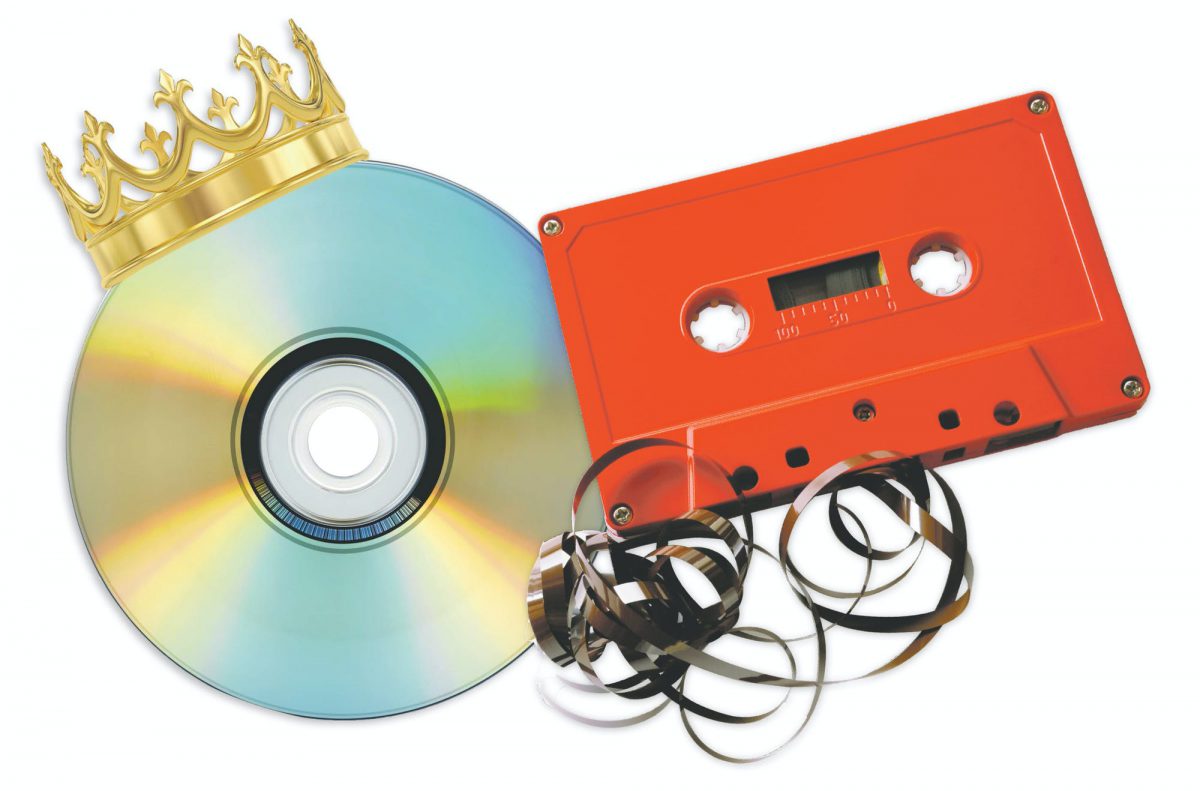 How did the technological developments of the last 15 years change our listening practices?
The current situation of the culture industry and its positive and negative effects on jazz.

I would have a lot to write if this was an article about “being a kid in the 90s” and I would start with “I lived through the rightful pride of witnessing the era of cassettes”. Because I have. We have witnessed an era when the most weird and creative action to do with a cassette and a pencil was to put that pencil through the holes of the cassette, winding it back and forth. I am not entirely sure why we did that but one thing I know for sure is that we are surrounded by people who are unaware of this creative activity around us.

I believe I can describe the second half of my single-digit ages as the time when I comprehended the music I listened to at home; the ages when I could consciously distinguish between my like and dislike of what was playing. I grew up listening to what my parents were in the cassette format similar to a majority of people, since I believe music to be passed down from father to son. I remember there were some LPs, but generally there were more cassettes at home. I remember classical Western music, Turkish folk music, classical Turkish music cassettes as well as those by Joan Baez, Simon & Garfunkel, Beach Boys, The Beatles, Modern Folk Üçlüsü, Fikret Kızılok, Doğan Canku, Nükhet Duru and many other foreign and local folk, rock and pop musicians. Cassettes would have A and B sides. Physically holding a cassette, opening it, realizing the cover design differed from the one on the cassette itself, seeing that some inserts were folded twice and the extra information, lyrics, composers and the names of the writers of the lyrics in those inserts, the happiness that came with the knowledge that I put the right side of the cassette in the player to listen to a particular song… These were all small but great joys that made me smile during my music ritual. And we were merely 10 years old. But we were aware. 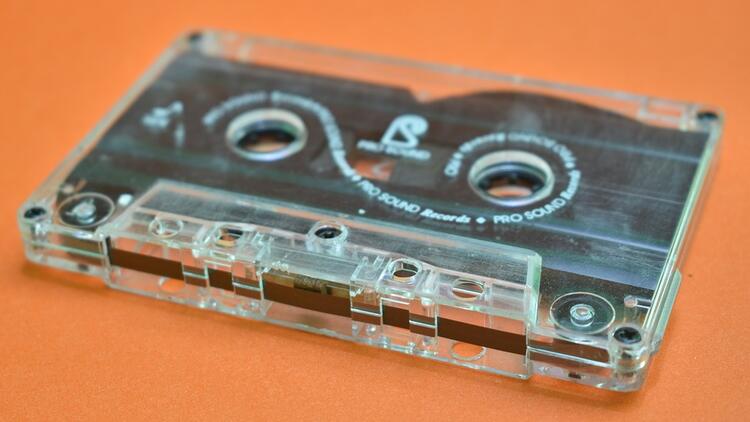 Then the first years of my 10-something ages came and I discovered the musicals on the television. I even came up with an idea to my capacity in order to record the 1957 production of “Silk Stockings” starring Fred Astaire and Cyd Charisse to be able to replicate the dances in it! My aim was to dance just like Fred Astaire in my favorite piece in the musical and I needed a version of that piece recorded consecutively, meaning it had to be “looped” as it is called today. I put an empty cassette in my player first to achieve this, I played and recorded the dance scene and when it ended, I stopped the recording, re-winded the dance scene and repeated this throughout the A side. I now had 60-minutes worth of looped material to dance to and I was a very happy kid for a moment. The piece I recorded in loops in order to dance was “All of You” written by Cole Porter, a composer I would come to love after I got acquainted with jazz. These recordings were very valuable for me because I put effort into them and that made the pieces feel like mine; I had a personal relationship with them. I inevitable ended up memorizing the piece due to listening to it over and over again. The same feeling developed into something bigger with the first jazz CDs I bought with my allowance as I got older. I could buy the CDs with the allowances I had saved up and I would go on a “cultural shopping spree” to buy a single CD and a poetry book if I am remembering it correctly. I would wait for those days and required time and patience, both of which paid off as a great deal of happiness. I distinctly remember opening my CD to look at the insert back and front many times after coming come. I recall listening to them many times from beginning to the end. There weren’t many times to skip a piece halfway. It might be due to coming from the cassette era; one would wait for the whole album to be finished. I believe it is the same kind of etiquette to wait for a piece to finish in order to go to the bathroom. That is what we learnt.

I have been someone who would always buy original music CD until very recently—I believe until a year ago. Those CDs have always been a problem when moving houses; boxing them up was as troublesome as taking them out. The first CD players were harder to carry compared to the walkmans, there was a carrying bag called a CD case and it could carry a limited number of CDs along with the player. I think it was 5 CDs. Even that was limited and I would have to pick 5 CDs before going on a walk with my CD player, meaning I wasn’t spoiled by endless choices, I had to make a decision, limit the selection. I think this feeling of being “limited” made us more picky and aware when it comes to what we listen to.

A new format called the mp3 came into our lives in the beginning of the 2000s, pirated CDs came about, it became easier to have access to music. iPod, an mp3 player, was released around these years. I remember the days when I converted my original CDs into mp3 format one by one to listen to these pieces on my iPod very clearly and spending many hours on doing so. It wasn’t that long ago. New computers don’t even come with CD drivers anymore, let alone being able to convert original CDs into mp3. Listening to music was a part of culture for me and I believe to many people in my age group. Going to live concerts, getting to know a musician through their performances during these concerts instead of through mp3s, seeing them physically in front of you. It was magical being there in that “moment” for us. It still is.

We witness the emerging of YouTube, the increase in the number of podcast jazz radios, bandcamp etc. as well as the 217 million active users of Spotify. It is frequently asked whether this is good or bad. It is a good thing if you enjoy sharing music on social media and if you share your new discoveries with like minded people with similar taste in music. It is great if it feeds the arts, it is good if it makes accessing what’s new faster. We save time in a lot of senses. It is again good if it takes one to listen to something they haven’t heard before in 0-10 seconds. It is good if I went on ECM’s website and found a musician I haven’t listened to before just for this article, and listened to then shared an album on Spotify with a friend. 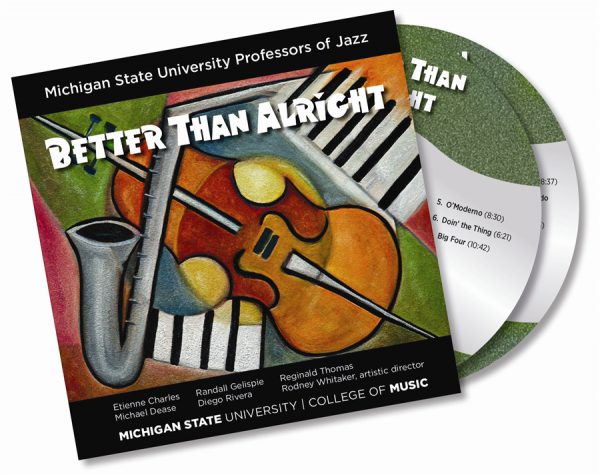 So what are the negative aspects of this? There is a great sentence in the first paragraph of “The Culture Industry” chapter of Adorno and Horkheimer’s “Dialectic of Enlightenment”: “Culture today is infecting everything with sameness.” According to this, what we can call the “Spotify culture” enables millions to listen to a new piece simultaneously while, as stated in the same book, “… Radio (we can replace this with Spotify here) democratically makes everyone equally into listeners, in order to expose them in authoritarian fashion to the same programs put out by different stations”. Similar people listening to similar stuff can result in the problem of the final artistic products to similar to one another. It is good to have the ability to listen to this many and this similar things but can we really listen to them? I think this is the real question. Do we buy an album to listen to it from start to finish when we encounter new music? Or do we skip the track after listening to the first 20 seconds? We cannot understand the story of that piece if we don’t listen to it all and the depth is lost, so is the integrity. Only a couple of chord changes and riffs stay in the listener’s memory. I believe this results in quickly moving on without understand what is going on. Music is a living creation just like a human being after all. Let’s look at a person from the outside: Everyone has 2 hands, 1 nose, 1 mouth, everyone uses the same words to form sentences but each and every one of us tell a different story. These stories are what makes each of us unique. That is why even though “Spotify culture” (and similar cultures) infect sameness to A and B persons by allowing them to listen to the same music at the same time, it is what they get from that music and how they reflect upon it in their own stories that create the uniqueness element.

Due to the quick developments in technology, it is possible for a musician you wish to interview to send you their album, for you to listen to it, write questions to ask the musician and e-mail them, for them to send their answers back and you to send the interview to the editor of the platform, mostly online these days, within a single day. The process which would take a month in the past takes exactly one day today. The great thing about this is one gets to have more time for themselves. Maybe they could go to a concert with the time saved, listen to live music, cook, take a walk, breastfeed their child, go to the groceries. One could practice instruments and music with the time left over. Listening to something is an action that requires effort and time and the newly emerging opportunities to listen to new music should not steal away from the time to listen to music actively. I believe that the trilogy “effort, time, patience” will win when it comes to listening to music just like anything else in life.

Ultimately, the pros and cons of new media are relative to each of us. How Spotify is used will change from person to person. Someone who uses the platform to its full extent might be sitting next to someone who only listens to the first 20 seconds of a piece and skip over. The fact is; technology is unavoidable. I don’t think we will ever go back to the times when we spent so much effort and time to record the A and B sides of cassettes. It is much easier to make a playlist on Spotify for both the maker and the listener. Therefore, we will fill our sails with the wind as long as we will use our awareness while using this speedy consumption culture. We cannot avoid it but we can facilitate change. Always!

Note: I would like to thank Şevket Akıncı for his influence in me writing this article and all the new musics I added to my life in the past 2 years thanks to him.