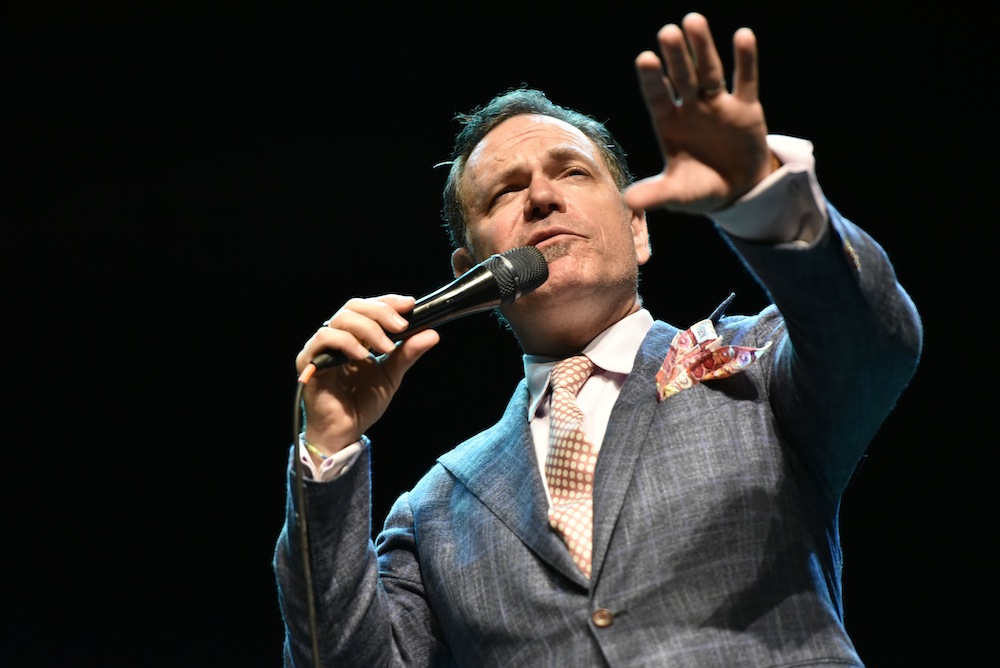 Kurt Elling succeeded in making both his old admirers and new followers happy during his Istanbul Jazz Festival concert which took place as a part of the worldwide tour of his The Questions album released in March this year. Elling receives acclaim for his stage presence and his interaction with the members of the audience as much as he does for his strong voice and impressive interpretations. He started out with saying that he missed Istanbul and his audience here and exclaimed “The world has gone crazy…” as if to comment on the political and social turmoil we are currently in. He felt the need to add “I know that America has gone crazy for sure!” in order possibly not to offend anyone or maybe to emphasize that his judgement leaves no room for speculation.

The Questions follows the usual path we are used to seeing Elling thread on since his first album. The recording label that released the album claims “Elling offers a vibrant and surprising choice of songs, from Bob Dylan and Paul Simon classics to jazz, Broadway, and the Great American Songbook, plus several new originals” but those who follow the singer from the start already know that Elling’s choices are far from surprising. We could even say that the Questions follow the classical Elling formula: E=VSOP1. Sting, Beatles, Earth, Wind & Fire and Stevie Wonder are a few of the musicians and bands whose pieces Elling chose to include in his repertoire. Wait Till You See Her, My Foolish Heart, You Don’t Know What Love Is and My One and Only Love are some of the standards he has performed. He has also written lyrics for the compositions of musicians such as John Coltrane, Herbie Hancock, Pat Metheny and Vince Mendoza. 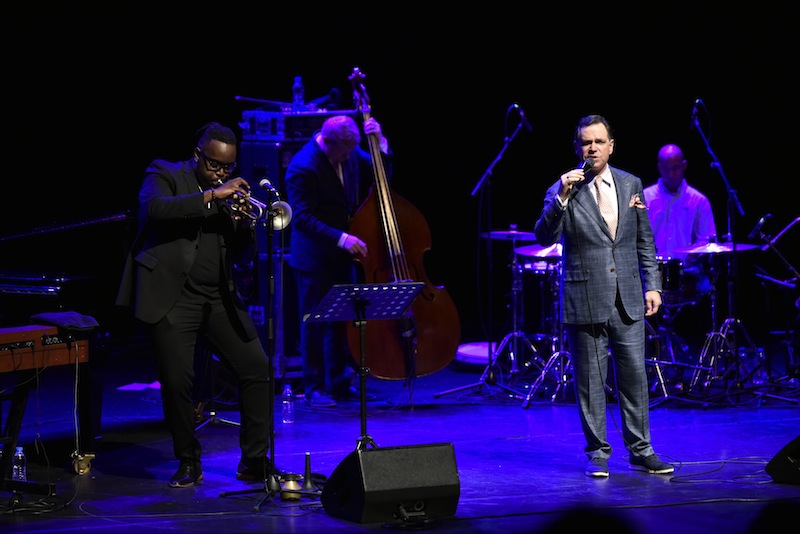 Kurt Elling recorded an album with Branford Marsalis’s “star” team members Joey Calderazzo, Eric Revis, and drummer Justin Faulkner with the saxophonist’s invitation two years ago. The Questions stays loyal to this collaboration but the album has Elling’s name on it this time and the singer’s touring band also plays a role in the limelight. We have seen pianist Stu Mindeman, bassist Clark Sommers and guitarist John McLean from this team at Uniq Hall. Adonis Rose, who recorded the album with Elling, played the drums. Trumpet player Marquis Hill joined the band as a guest after the halfway mark but it would be accurate to say that Hill only brought some variety to the solos but did not expand the music further. I believe it would be hard for him to steal the attention Elling gathered so far due to his late entrance to the stage.

The Questions is a hazy album but this is an invitation for deep thought instead of despair. The musicians expressed this atmosphere very poignantly to the listeners. Bob Dylan’s A Hard Rain’s A-Gonna Fall, Wayne Shorter’s well-known composition Speak No Evil, Jaco Pastorius’s masterpiece Three Views of a Secret (named A Secret in Three Views in the album2), and the interpretations of Skylark and Lonely Town were attention-worthy.

Elling, who comes from a religious family and has spent a lot of time at the church as a result, says “you need to learn how to live with questions; answers might not be readily available” in order to explain the album’s title during interviews and adds “that is why I could never be a preacher”. This immediately reminded me the story in The Jazz Singer3, one of the first musical movies. The movie follows the story of Jakie, who is forced by his conservative father to perform as a hazzan in the synagogue in the footsteps of his family who has done the same for five generations. Jakie does not like this role his father has chosen for him and secretly performs as a singer at a beer hall despite his young age. That is, until a prominent member of the ghetto rats out on Jakie, who dreams of being a jazz singer. Ultimately Jakie will need to leave his house due to the intense pressure placed on him. However, we hear Jakie’s mother and artist circles say “God would not allow this if he didn’t want you to be on the stage” or “Isn’t Broadway sort of like a religion?” as the story progresses. Jakie’s unexpected choice gains legitimacy as the movie emphasizes that one has to abide by their “personal call” as if it is a religion.

Elling did not live through family drama, a sad run-away or rising up to the ranks story but one reaches a common conclusion when he thinks that the singer could have remained in the church choir: Elling should have followed his passions. Who would have dared to shoulder the brave novelties in jazz vocal which doesn’t stray much further from the traditional framework otherwise? Elling’s special relationship with poetry, literary texts and words comes natural to him and the new classics he has brought forward from both his own compositions and the modern jazz repertoire might have their own special places in the future. The Questions is a quality continuation of Elling’s career which spans over twenty five years as well as a new symbol of the singer’s “religious” devotion to jazz. 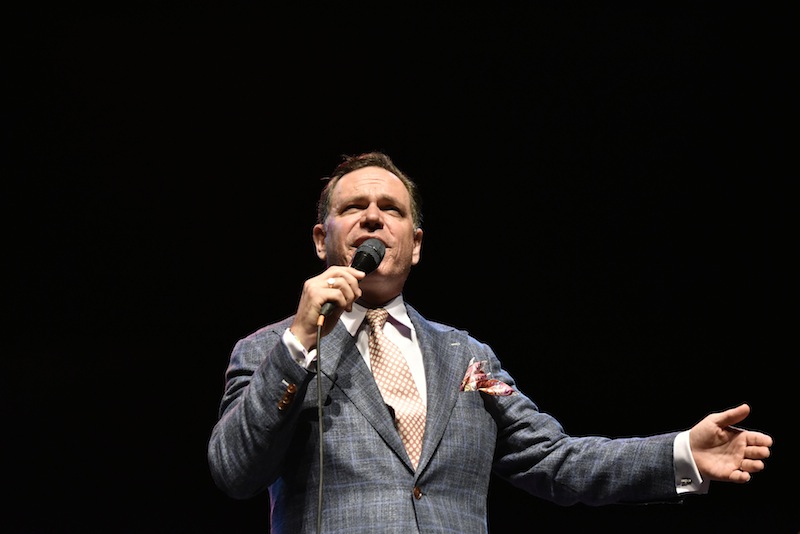 As I also stated in the beginning, Elling’s respect and loyalty to his listeners play an important role in his “warm” charisma. I believe that the autographs he gave after the concert were not merely due to marketing strategies but because of a sincere curiosity and attention. But I also feel like this is a message of solidarity at the same time. He says “I can’t change the world in a huge way – I’m a jazz singer – but I’ve got to do my part. I think I’m a patriot, I’m a citizen of the world, I’m a humanist, and I’m a jazz singer, and that means I have a responsibility to my listeners, to myself and to my children to do what I can to call attention to the plight that we’re in” during an interview he gave to the Limelight magazine. Now it is our turn to ponder. We might not have enormous power as individual listeners but we surely have things to say and share with each other.

2Titles of most instrumental pieces need to be changed when lyrics are written for them due to copyright reasons.

3The movie was released in 1930 as “Jazz Mugannisi” in Turkey.