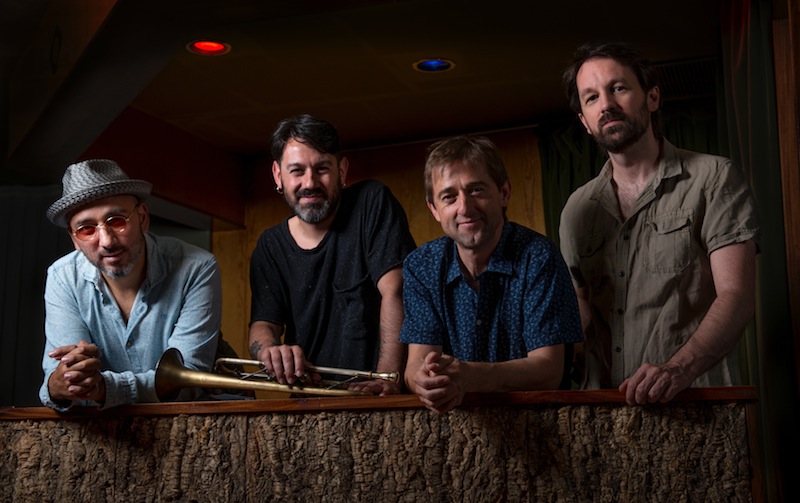 The “Flamenco Standards” project is the result of an initiative from four of this country’s most active jazz musicians,

Among them, of course, is the artist who headlines this concert: Pablo Martín Caminero.

Pablo is a quite unique double bass player. Although his work may bring to mind the great masters of flamenco, it also has reminiscences of Mingus or Oscar Pettiford in jazz. It all boils down to an exceptional performer; the one who has embarked on a Baroque music project with Hippocampus, the one who has been involved in opera projects with José Manuel Zapata, and the one who is now endorsing “Flamenco Standards”.

This project wants to furnish our traditional standards with the shapes and textures of jazz. The idea is to develop, over time, a catalogue of standards similar to the one that has guided so many American jazz musicians, albeit with our own identity, of course. A songbook that includes the music of Manuel de Falla, Enrique Granados, Paco de Lucía, Jorge Pardo or – there are so many more, forgive us if we only give a few names here – Chano Domínguez. All this awaits on the stage.

A splendid showcase of jazz and an open programme filled with all manner of delights is what the Madrid City Council has been busy preparing for this new edition of the JAZZMADRID festival, which has become the most important festival of its category. The festival, which will run from the 6th to the 30th of November, has been split into different sections depending on their purpose and their content. The first section would be what we might call “the official programme”; then there’s a section dedicated to up-and-coming and adventurous artists, another for local musicians, and finally, a section for all those night owls seeking solace in the city’s clubs.

The main concerts at the Fernán Gómez Theatre start with an event of great historical significance, courtesy of the Art Ensemble of Chicago. With a career spanning 51 years, the history of the Art Ensemble is a veritable statement of principles that somehow quintessentially sublimates the other proposals in a musical agenda that brings together some of the most important jazz musicians of today and of all time: David Murray, Billy Cobham, Regina Carter, Michel Camilo, Stacey Kent, Ximo Tébar, Stefano Bollani, Pablo Martín Caminero, Ron Carter and Richard Bona, among others. Their presence ensures that JAZZMADRID remains a reference for those who want these autumn concerts to be a showcase of what’s happening in today’s jazz scene. And the fact that this selection includes such an abundance of hues and colours makes it even more attractive. The age of megalomania is over. It’s time for authenticity. 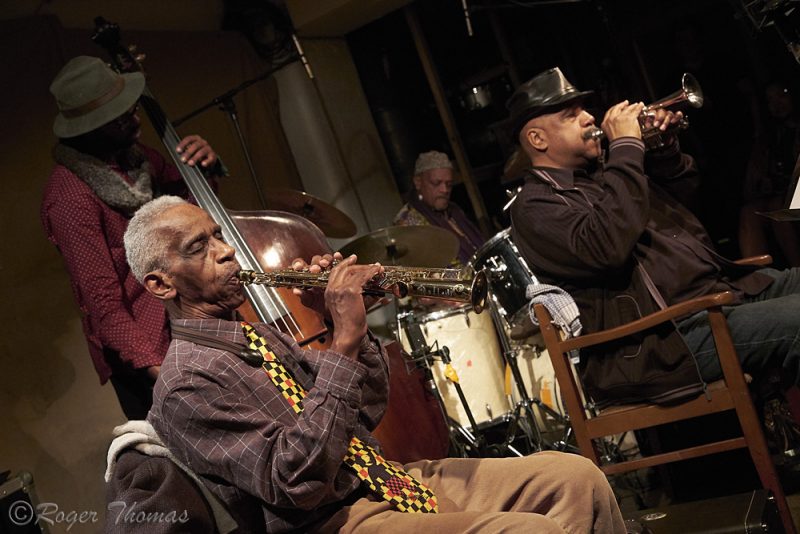 When a festival reaches such a status, there can be no doubt that it is a major cultural phenomenon. And with the additional virtue of its having attracted different generations of fans who bask in the shade of its myriad activities. This international showcase that takes place in Madrid every autumn has attained this pinnacle. With a line-up that maintains the varied content that has characterized its recent editions, and always refusing to be deceived by musical siren calls that might tarnish the genuine designation of origin of jazz.

In any case, these major events are always morally justified by the fact that they also invite new creators, or less well-known ones, who would otherwise find it hard to break into these circuits. And that’s why in this programme we have Raúl Márquez, two groups in residency at Conde Duque Cultural Centre: Monodrama and AgusFulka, the Inn-Finity Quartet, the Ensemble Calliopée, the Brigada Bravo-Díaz or Patáx. Already established artists are given a central space in which to present their most recent projects and here to prove it are, among others, Charles McPherson, Mulatu Astatke, the Soulbop of Bill Evans and Randy Brecker, Yellowjackets and of course the aforementioned Michel Camilo, Stacey Kent, Billy Cobham, Ximo Tébar and the members of the Art Ensemble of Chicago.

There is also room for adventure in this programme, hence the presence of saxophonist John Surman, the duo formed by David Murray and Saul Williams, Mary Halvorson, Kinga Glyk, Jim Black, Tigran Hamasyan, Migration, the band led by drummer Antonio Sánchez, trumpeter Avishai Cohen, or the confrontation between Israeli musicians Shay Zelman and Anat Fort, not to mention the Ethiopian Abbate Barihun. This same experimental section also features multifaceted musicians such as Nils Petter Molvaer, the duo formed by Adam Baldych and Helge Lien, Stefano Bollani or, heading up the blues adventure in this programme: the Corey Harris Trio and the Troublemakers Blues Review, which is actually a local band.

This section with a Spanish identity proves, once again, that JAZZMADRID is still determined to open its doors to different local artists. As a statement of principles, for example, the festival will close on the 30th of November with concerts by double bass player Pablo Martín Caminero and guitarist Ximo Tébar, both of whom will be presenting their new albums to their public. Before that, aside from the bands we’ve already mentioned in other sections, we will have the chance to listen to the Madrid Hot Jazz Band, the O’ Sister band, bassist Pepe Bao and singer Noa Lur, who will be putting on a show for children.

A multicolour touch and the presence of women

There’s still plenty of room for a multicolour touch in the programme. Pray welcome vocalist Robin McKelle, with her musical blend of jazz, soul and pop; singer Mariola Membrives, who does her own thing with jazz and flamenco; Cameroon bass player and singer Richard Bona; partners Baptiste Trotignont and Minino Garay, and singers ALA.NI and Sheila Jordan. Due to her experience, this latter artist represents all by herself the essence of an area of JAZZMADRID that has always been a distinctive feature of this unique festival: the specific attention given in its programme to jazz performed by women. 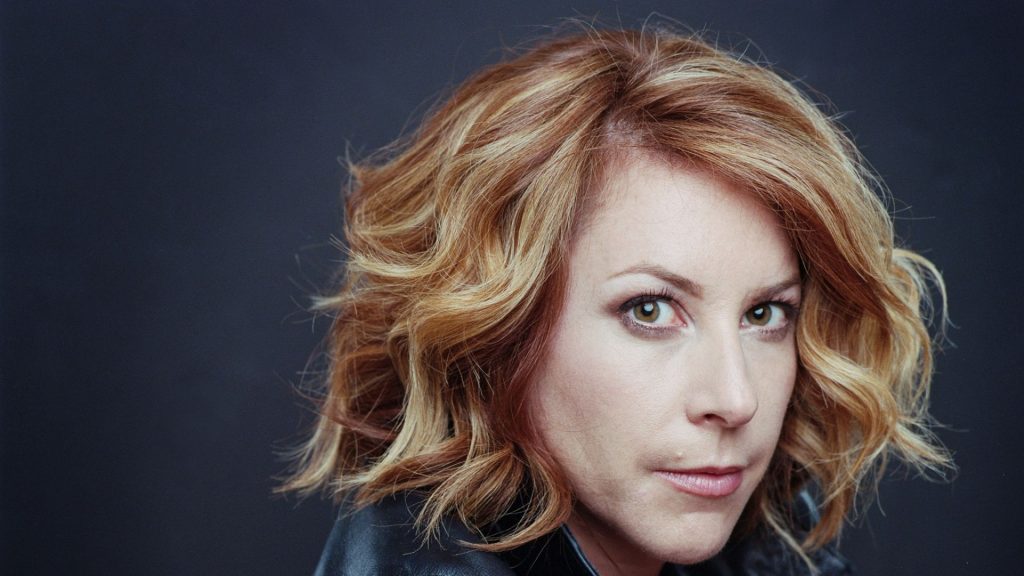 The same intention, the same attention that this festival has always paid to schools and conservatories, where tomorrow’s stars are now studying and playing as members of the Big Bands of the Arturo Soria and Amaniel Conservatories, and of the School of Creative Music. All three feature in the official section of the programme.

All that remains to mention is the fact that friendly forces have teamed up with jazz to ensure it can be enjoyed by everyone and in different districts of Madrid which is once again organising “District City” and kindred festivals in Ciudad Lineal and at the Círculo de Bellas Artes, which bring to JAZZMADRID the best of each household. This section of collaborations is rounded off by concerts at the French Institute and others that will take place in venues and clubs throughout the city, courtesy of the association La Noche en Vivo.

And just so that music -even though it has a greater volume of activities – should not monopolize the festival, it’s good to know that there’s room too for cinema and didactic experiences in this edition of JAZZMADRID. The programme includes a cycle of Woody Allen movies – undoubtedly the jazziest of all filmmakers (with the possible exception of Clint Eastwood) – and a series of conferences by some of our country’s most prestigious jazz theorists. Double bass player Pablo Martín Caminero, for his part, will teach a masterclass on some of the particularities of how his instrument can be applied to the creation of jazz.

With all these contents, this year’s programme makes up a kaleidoscopic portrait of the genre, given that it is brimming with every tendency we can imagine, without forgetting that many of them are happening in a city like Madrid, where jazz has an enviable presence and an amazing capacity to adapt to the times. This music is being made thanks to the participation of all possible agents; audiences who interact by listening attentively, and artists tottering on the edge of the precipice that is creation. Sometimes they take-off and the transformation occurs. Something new begins…