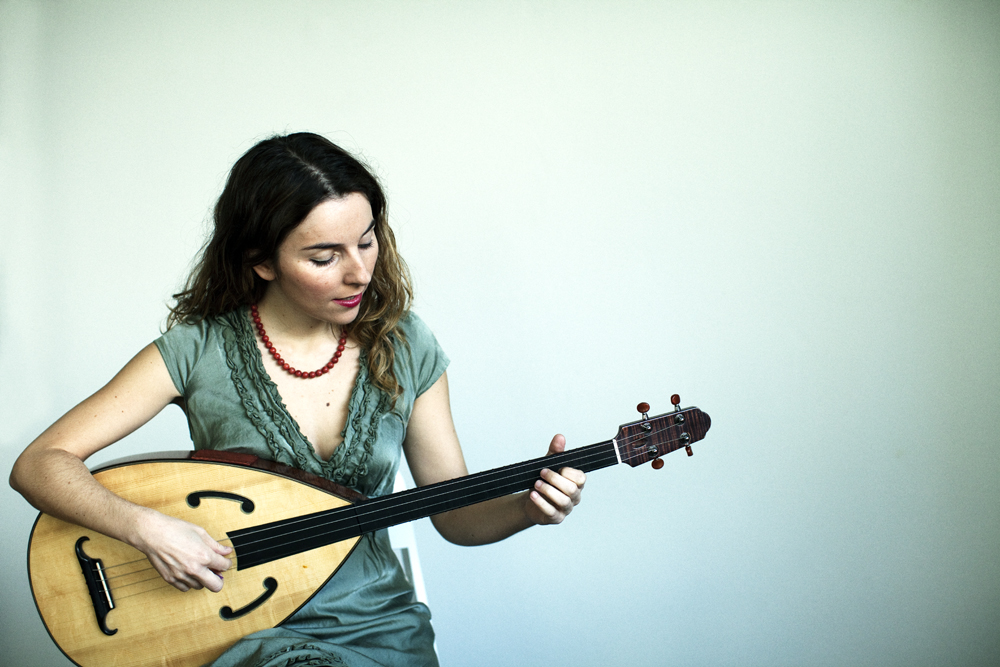 I don’t remember how old I was when I saw it, but some scenes are imprinted in my memory…

A young man. He is dressed well, and looks a little surprised because he has no idea what is going on. He is waiting at the pier to go elsewhere and an old man with a white beard approaches him. They meet and their story begins…

I didn’t “get” the movie at first, but then it got me hooked. I remember losing myself and dancing like crazy in the final dancing scene.

My love for Greek music started with “Zorba the Greek”, adapted from Nikos Kazantzakis’s work with the same name, when half British half Greek writer Basil meets Zorba from Crete at Pire Harbor. My love for this genre emerged in different shapes and forms as the years passed. It took flame through Vangelis and Yanni’s works when I used to listen to New Age, and then continued with Vassilis Saleas and Mikis Theodorakis. Even though jazz became my main focus as soon as it entered my life, my dream to visit Greece and to listen to the music I love in its own geography remained. 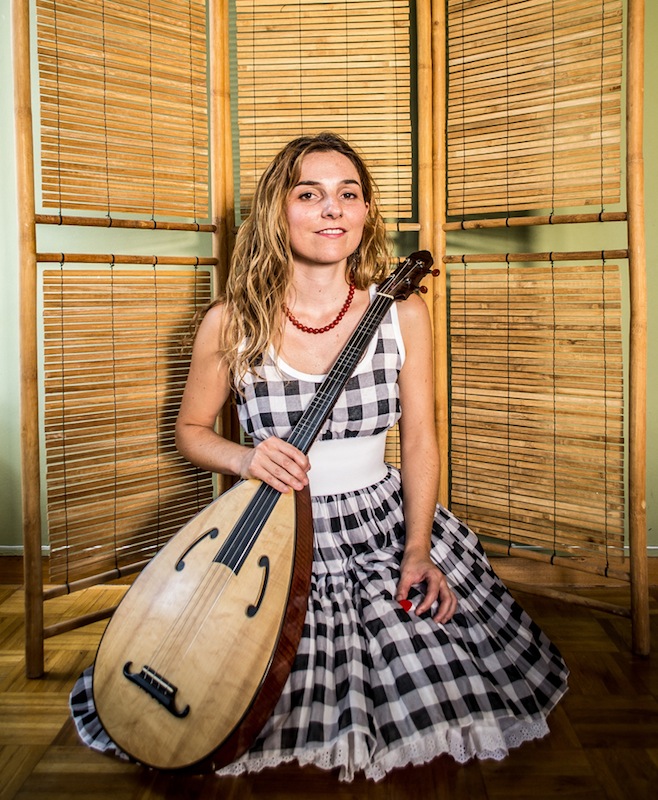 My path passed through Thessaloniki recently. It was gratifying to experience some beautiful examples of the Greek culture in this beautiful city. I loved Thessaloniki more with every step, and we found ourselves right in the front of StereoDisc in Aristotelous Square, a store my father told me about and said “I will take you there the next time we visit!” StereoDisc is the oldest music store in Greece, and has a constantly growing collection of CDs and LPs. It has been in the same location for 48 years, and reminds me of Lale Plak in Tünel neighbourhood and its owner dear Hakan Atala. StereoDisc is a small store managed by two close friends, and has examples of jazz, electronic, psychedelic, ethnic, avant-garde and modern classical music. You find yourself in a “jazz wardrobe that needs to be inspected from one corner to the other” the moment you step inside this store! It was a great experience to pick out a CD and wonder about it, and then having that CD grabbed from my hands and to hear it being played throughout the store! I got lost among the LPs of unforgettable musicians of hard bop, bebop, free jazz and swing, and then asked Mema Binopoulou, who was helping me, if they had examples of Greek jazz recordings. He introduced me to Martha Mavroidi and said “This is a great example of the Greek jazz you are looking for! You have to listen to this!” Later on, I was disappointed in myself for not having heard of this musician before.

He put the “Portaki” album in my hands, and its album cover attracted my attention. I remember loving many musicians and groups initially through their album cover pictures, photographs or cartons (for example Pink Floyd’s “The Dark Side of the Moon”). I felt the exact same way about Portaki in those moments… 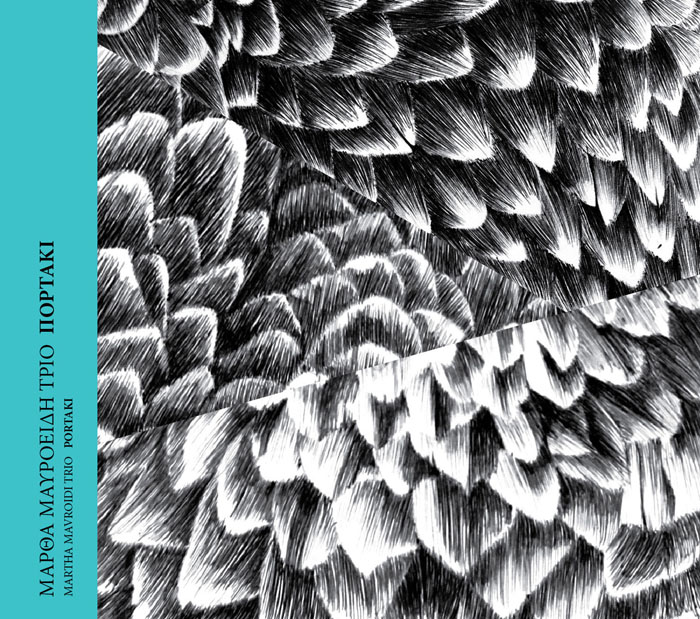 Jazz vocalist Martha Mavroidi is one of the youngest players of lavta (a plucked string instrument, which is made famous in Turkey by Tamburi Cemil Bey) in a country where guitar, mandolin, balalaika, and Balkan instruments like oud are popular. Martha took classes on Musicology in Athens, and then on Contemporary Music at SOAS London and UCLA in Los Angeles. She took lessons from esteemed musicians of her country on string instruments and Balkan and Bulgarian vocal techniques. She also worked on film scores, and she did the soundtrack for the 2011 movie “O Xenagos / The Guide” directed by Zacharias Mavroeidis.

After listening to the first piece in “Portaki”, called “Ampos”, for 15-20 seconds, I realized how important difference can be in the appropriate situation and time, and listening to this opening piece was enough to convince me to buy this album! Martha’s first solo album “The Garden of Rila” is a folk music album released by “We Saw” recording label. “Portaki” is her first album with her trio and she is accompanied by Giorgos Ventouris on the double bass and Giannis Aggelopoulos on the drums. I don’t know how accurate it would be to classify this album (with its inclusion of lavta and saz, another stringed instrument) in the folk music category, but after listening to “Kopanitsadam”, “Ballos”, “Spring”, “Stian’s Dance” in which Martha’s beautiful Balkan-influenced voice is on the foreground and is accompanied by the drums and the bass, this album could be categorized as an example of “folk jazz”. I believe this album of Martha’s, who plays saz in the video clip of her piece “Rain” that doesn’t involve a single drop of rain, will find its place in the folk jazz category. 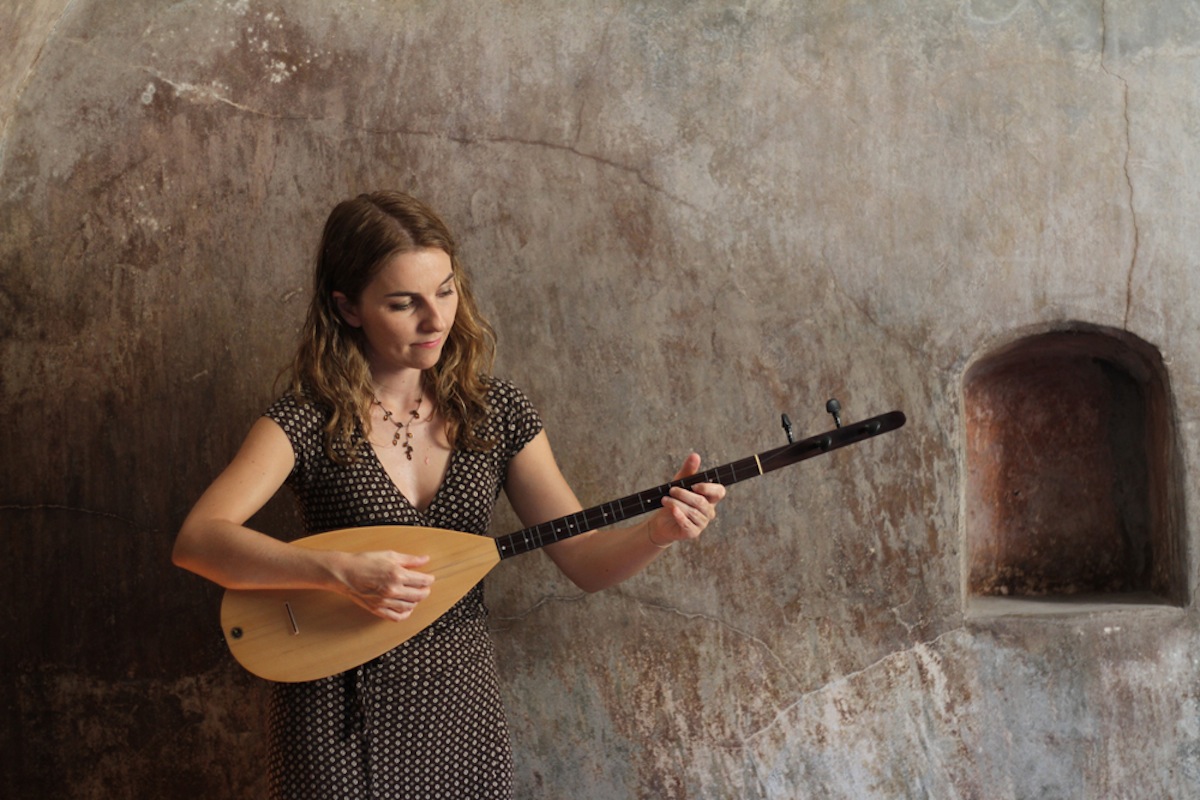 I started listening to jazz through the beloved and popular albums of traditional jazz musicians such as Coltrane, Miles and Bill Evans released when they were at the peak of their careers. Therefore, I wasn’t able to warm up to their later albums after they have undergone “radical changes” and this meant that I was following the jazz world from half a step behind when fusion was concerned. I was able to overcome this prejudice by listening to these albums frequently. “Bitches Brew” no longer is an unreachable Everest for me! A lot of writers and critics agree that Martha Mavroidi does fusion music in “Portaki” album. She successfully combines jazz with Balkan, Bulgarian, Greek and Turkish melodies, and this isn’t something easy to do when it comes to jazz.

You can find yourself watching the sunset on the fertile Anatolian soils while walking in the beautiful streets of Thessaloniki while listening to this album, in which different values are combined in one collective and loveable book. It isn’t too late to add Martha Mavroidi’s “Portaki” to your collection, next to your other valuable jazz albums!