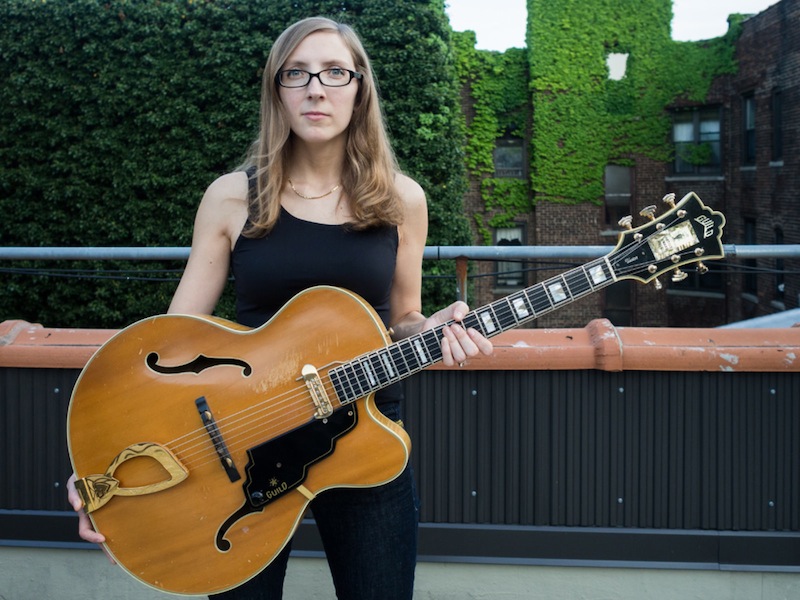 I have been following American female avant-garde guitarist Mary Halvorson, whose album “Code Girl” was released in the beginning of 2018, but writing about it had to wait until today. The “Code Girl” team is actually an expansion of “Thumbscrew” trio, which consists of bassist Michael Formanek and drummer Tomas Fujiwara.

I discovered Halvorson in 2010 for the first time through her quintet album “Saturn Sings”. I was excited by the originality of her music when I listened to the album for the first time that I ended up listening to it over and over again. I came to wait for Mary Halvorson’s albums with anticipation since that day. “Illusionary Sea”, a septet album, is another favorite of mine. Halvorson’s music speaks for its own whether you hear it in a duo project or in a dectet. In an interview, she contributes this to the fact that she hasn’t changed her musical equipment for 18 years and adds “I only changed the way I them but I have been using more or less the same effects for eighteen years”. Just like one wishes to do or hear different things when their life is dominated by the routine flow of the same old things; I welcome Halvorson’s music and her unexpected distortion sounds as a shock effect to the mind and soul. The fact that she discovered some pedals by coincidence and then added them to her own sound proves how open the musician is to novelty. 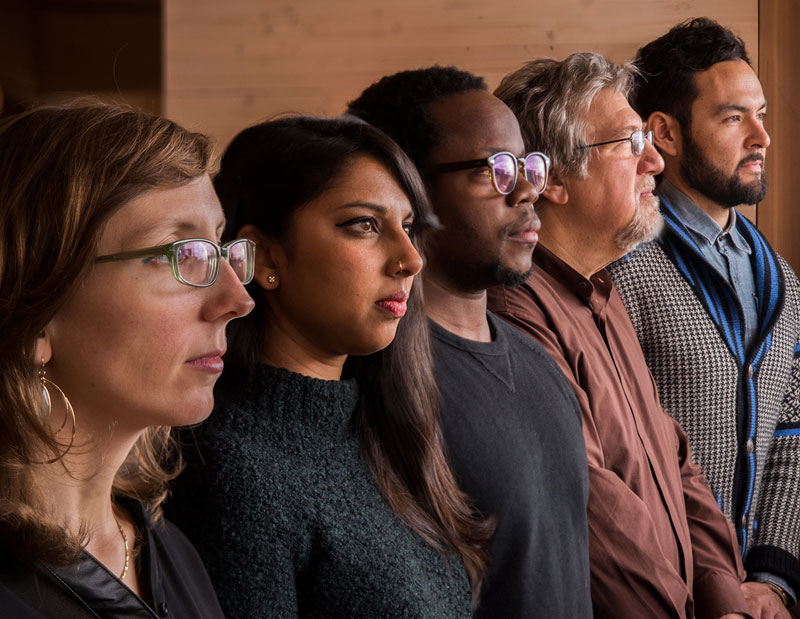 Released in the first quarter of 2018, “Code Girl” is a 2 CD compilation of 14 original Halvorson compositions and lyrics. Halvorson first wrote the lyrics and then the composition. The musician explains the fact that the lyrics do not follow a traditional structure as “because it’s not something I normally do, I didn’t feel inhibited by any set of rules. Because I didn’t study poetry, I wasn’t having voices in my head saying, “No, that’s incorrect” or “That’s too much like this person.” I felt wide open and because I didn’t really have a process—it was just complete experimentation. There’d be some idea or concept I’d want to get across, and it’d just be totally haphazard, which was was really interesting.” The trio of Mary Halvorson on the guitar, Michael Formanek on the bass and Tomas Fujiwara on the drums are accompanied by trumpet player Ambrose Akinmusire and vocalist Amirtha Kidambi. Vocalist Kidambi is yet another exciting discovery for me. This was the first time I have heard of her. After listening to her work with various other bands, I wasn’t surprised that this classically trained vocalist was the perfect choice for “Code Girl”. I suggest you listen to her work with “Elder Ones Quartet”. The idea for the title of the album to be called “Code Girl” comes from Halvorson’s mentor Anthony Braxton. A few years ago, Braxton said “code girl” while Halvorson was noting down lyrics on her notebook when they were on tour together so she wrote them down as well. Then she jokingly asked “What is the code?” and Braxton replied “5-5-5-5” and the “Code Girl” graphic which consists of five numbers on the cover of the album was born. This is yet another Mary Halvorson that I lose myself in; one that inspires and opens the mind. I hope we get to listen to her live soon as well. Enjoy. Keep on grooving and supporting live music!