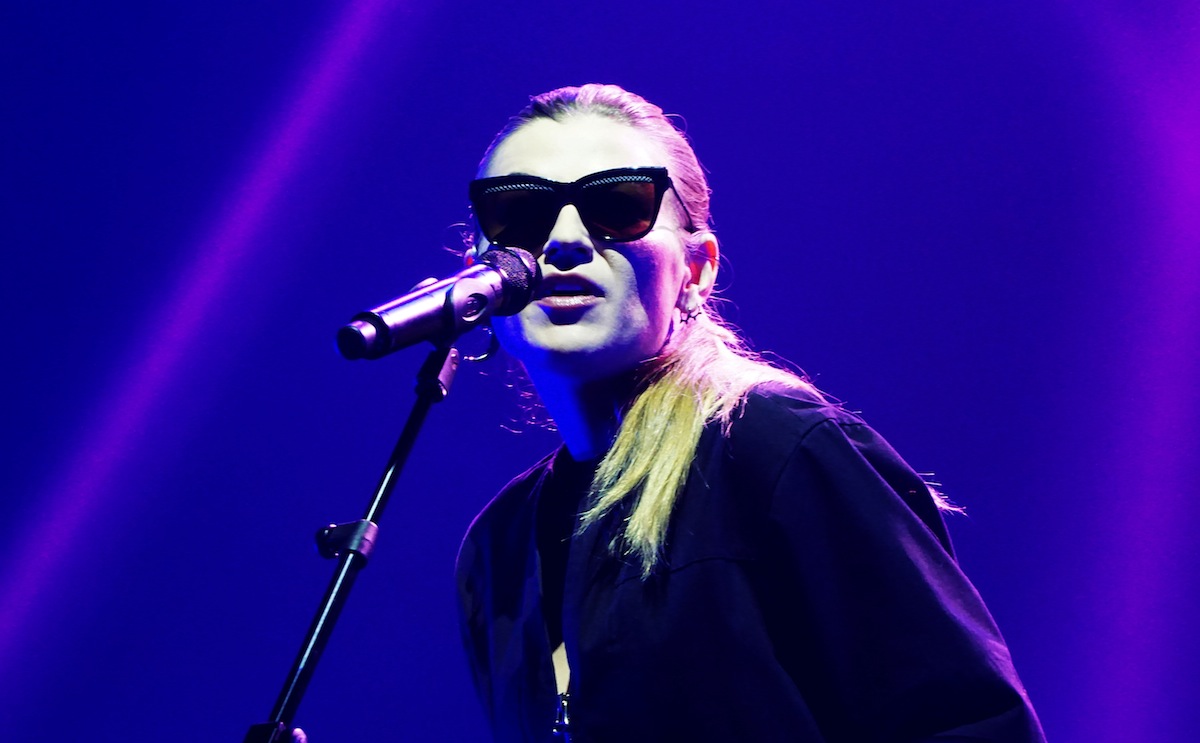 There are some singers; they steal your heart with a single song. But then there are others who personally brag your heart and refuse to give it back for the rest of your life. Melody Gardot belongs to the top of the second group for me. I am guessing there are just as many people who dislike her as much as I admire her. I hear her being critiqued for being too simple, too mainstream or for her shaky voice. Of course, everyone has different tastes but I will personally say: Simple things that come from the heart are beautiful and have a depth to that that even the most evolved mind cannot embody. Anyways, I should explain how I got to learn about Melody instead of replying to the opposing parties.

It was about 7-8 years ago. A young girl, who was a friend of a relative, said she wished to take vocal lessons from me. I thought “It isn’t my place, experts should help her” and wanted to direct her to other instructors I knew. But no! The girl was stubborn. She only wanted to take lessons from me. Maybe my relative convinced her, who knows. She sent me the links of a few songs she really wanted to sing while we kept arguing back and forth about whether I would give the lessons. I didn’t intend to give vocal lessons back then, but I loved discovering new songs, so I listened to all the links she sent. One of them was so simple and beautifully groovy at the same time, I remember I thought “Good job” like it was yesterday. It was a wavy voice in its depths like water; elastic, bright but smoky. It definitely had a character. The name of the piece was “Who Will Comfort Me”. I checked the singer out; her name was Melody Gardot.

I started to search for her videos and photos right away. The sunglasses she never took off were the second thing that caught my attention in addition to her voice. I wondered why as someone who wore glasses all her life. Was she wearing them for the looks only or was there another reason? Then I read her life story. I wish I hadn’t. The reason why she wore the glasses was vastly different, even though it added an air of female Ray Charles to her looks. 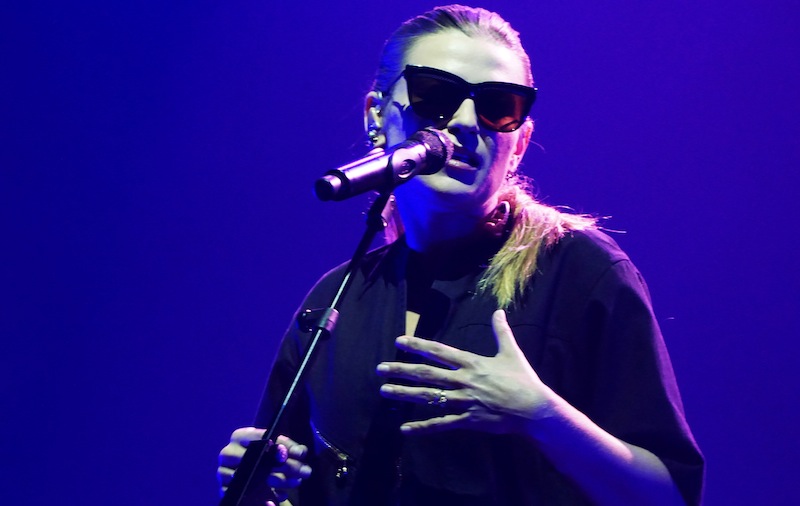 Approximately the same age as me, Melody Gardot was born in New Jersey to a travelling photography artist mother with a Polish background. She played the piano and sang the covers of The Mamas & the Papas, Duke Ellington and Radiohead at bars when she was 16 years old. However, she had something really unfortunate happen to her when she was 18 years old. She was hit by a car which didn’t stop at a red light while riding her bike. What followed was nothing short of a nightmare. A thousand times worse than what happened to Frida Kahlo… At the same time, it is an exemplary story about how she became who she is today.

Imagine; you were in a car crash, your pelvic bone is split into two, the neurons in both cortexes of your brain have suffered damage. You cannot hold a fork, let alone be able to get up and walk. Your world is spinning out of control. You cannot remember your yesterday or even what happened a minute ago. Your eyes have become extremely sensitive to light and your ears to sound (this is where the glasses come into the scene).

Melody survived this tragedy with the help of music. She first listened to bossa-nova pieces that didn’t hurt her ears frequently. Then she started writing short songs in her brain and humming them, which was her doctor’s recommendation. She eventually managed to mend the broken pieces of her brain and body with the stimulating powers of musical activity. She didn’t touch her old instrument, the piano, for a while and learnt how to play the guitar instead. She recorded her new pieces with this guitar and put them on the internet. These records attracted more and more attention every day. She finally got Universal Music Group’s attention and quickly climbed the stairs to success.

She used a special nerve-soothing belt in order to alleviate the incredible and constant pain in her body (those who know Frida Kahlo’s story will know what kind of a pain I am talking about) and gave herself body therapies through cooking with the recommendation of another doctor. To put things shortly; Melody came back to life with the soul-healing powers of music and nourishing powers of food.

I was extremely moved when I read this story as the daughter of a painter father who suffered a brain haemorrhage who was never able to stand up again. I started to listen to Melody’s music more and more after that. Quickly, her voice and music conquered me forever.

I started to like many jazz pieces more because of Melody since then. I started to work on pieces I skipped. Because Melody—even though she isn’t a crooner—has that magical voice that would make everyone love songs just like Frank Sinatra. This is the miracle of simplicity. The best examples to this miracle possibly can be found in Melody’s Bye Bye Blackbird EP. Or maybe in her recording of Because from the Beatles. Or maybe in her piece called “My One and Only Thrill”, recorded in 2009. You will feel the thrill (the vibration) with her every single word.

Melody Gardot came to Istanbul to perform twice before. The first one took place at the German Embassy in Tarabya in 2013, and the second one in Sepetçiler Palace in 2015. Now she was back for the 25th anniversary of IKSV Jazz Festival. I unfortunately missed the previous two. But I was adamant on seeing her this year. That’s why I got on my way to Maslak despite all the rain, storm and hail warnings from the meteorology centers.

Luck was actually on my side. I ran into Melody right before the concert. However, I couldn’t figure out who she was because of the wide straw hat she was wearing. She was already too far away when I realized who she was. I could have bypassed the rules and ran after her saying “Stop! I want to meet you!” But I behaved myself, because one shouldn’t bother the artist just a few hours before their concert. The result might not be great, at least for your sake. So it wasn’t meant to be, I thought “Next time” and moved on.

The event was moved from Uniq Open Air stage to Volkswagen Arena. It was a good decision and not only because the weather warning. However, several lines formed for tickets, invitations and entrance, making the entry an unnecessarily long process. The concert started half an hour late due to this. I don’t know if her manager asked for this, but journalists weren’t allowed to enter with professional cameras. The batteries were taken from those who didn’t want to hand their cameras in. However, everyone recorded videos to their hearts’ content with their cellphones. I wish they had found a middle ground.

I will stop complaining and proceed to writing about the concert. The evening started with the legendary piece “The Rain” written by Melody and the Grammy winning writer Jesse Harris (who worked with Madeleine Peyroux and Norah Jones). This was a fitting choice for the weather that evening. Melody played the piano. She wore plain, black overalls. She seemed to say “Don’t mind what I am wearing, listen to my music.” But—the girl gang I watched the concert with is my witness—Melody wrote the book on elegance in that plain outfit. I also don’t remember a singer who lead the orchestra with such cool hand gestures as she did.

The band on the stage played as great as the legendary performance in Live in Europe. I full-heartedly recommend Live in Europe. It is a new live concert compilation released this year. It consists of 2 CDs. It presents great moments from many concerts from London to Lisbon between 2012-2016. Melody Gardot herself is the album’s curator. Don’t miss out on the “The Rain” and “March for Mingus” tracks. They will seep into your dreams at night.

I would like to add this while I am writing about the albums: Memorize the 2015 album Currency of Man piece by piece, except for My One and Only Thrill. What is said, how is it said? If you wish to experience the Latin aroma in Melody’s voice, there is the Absence over there in the corner. If you say, no, I would like to hear this woman singing in French, pay attention to “Les Etoiles”. Admire how her elastic vocalization fits right into that language’s phonetics.

Focusing on the concert again, we inhaled the night in a single breath. So much so that I thought the concert ended early. Sometimes one feels like that. The person on the stage makes such an uninterrupted connection to their music that your eyes won’t even see the burning screens of social media monsters around you. Your concept of time gets confused. This was how the music flowed on the evening of 27th of June.

Melody played the piano during some pieces and the guitar during the others. She transformed tango from a dance to a story on the piano with her broken chords especially during pieces arranged as tango.

She couldn’t resist making social innuendos in between pieces. We listened to what she thought with curiosity. Then she said “Don’t tell the president” and made us all laugh out loud. I really enjoyed this among her remarks: “They cut down trees to raise buildings. They raise the buildings for money. But what is money? It is made out of trees too.” It was a great observation.

Melody Gardot is a rare example of a female vocalist who keeps her orchestra spry. I am not saying “Keeps her orchestra harmonious” but instead I say “spry”. Because harmony can get boring on occasion. There is a big different with one who does what is mainstream and one who creates it. The music which speaks for itself lives and the other is applauded and forgotten at the end of the day. Melody’s music is one that will live on forever. May it be her compositions or cover pieces…

That is exactly why I repeated the comforting sentence “It was worth it for Melody Gardot!” while we tried to make our way back home under the rain and hail after the concert.