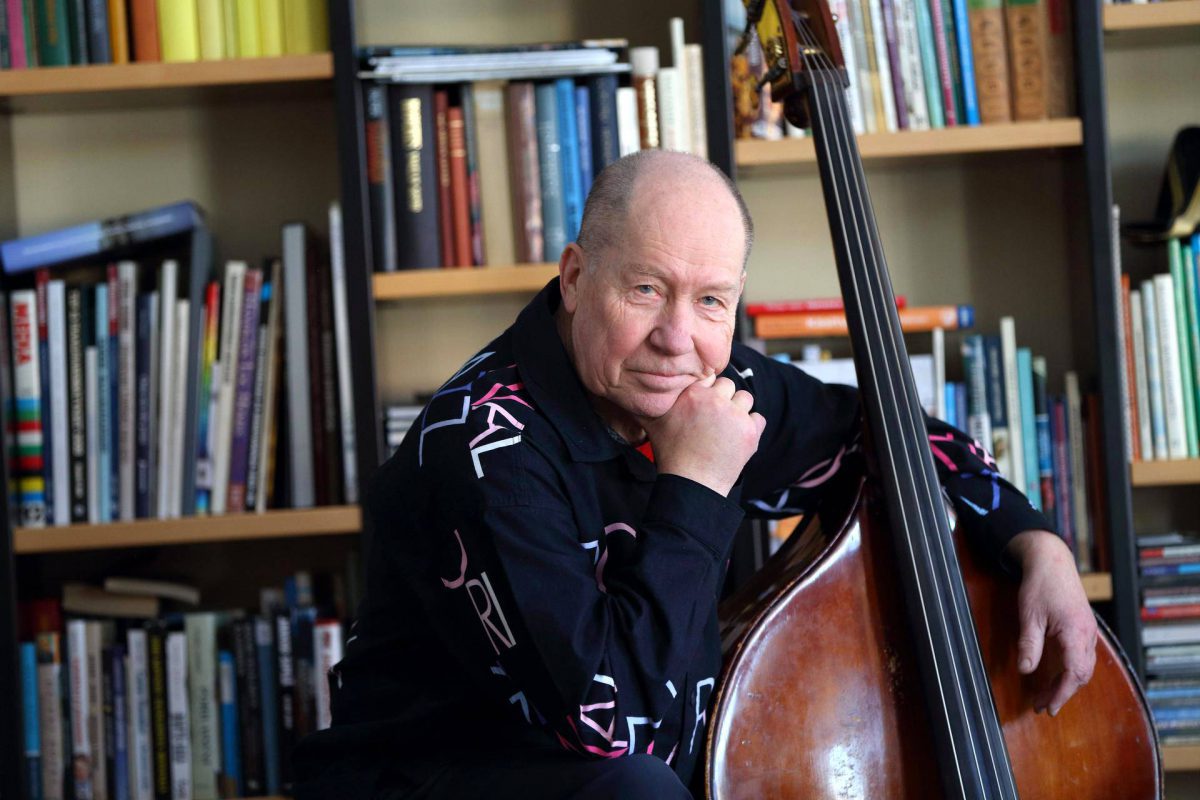 It was either the spring or summer of 1994. We were once again performing at Kafe Gramofon in the Tünel neighborhood. A group of listeners walked in during the set break. We met these newcomers who included foreigners. One of them told us he would like to join us and play bass for a couple of pieces during the second set. We happily invited him on the stage. He grabbed the bass and started to play the melody right away, thinking we would know how to play the piece anyway.

Blue Monk, Bb blues. He played the first chorus solo. We joined in during the second chorus, everyone played their solos and we finished playing the piece. The evening drew to an end after we played a few jam session favorites. The guest bassist told us he really enjoyed playing with us and asked me “Would you like to play at our festival next year?”. I replied “With pleasure, which festival?” to which he replied “Pori”. That is how I met Finland Pori Jazz Festival’s director Jyrki Kangas and received an invitation from him to perform at the festival in July 1995.

A group of local and international musicians would be invited individually to play at jam sessions at the Pori Jazz Festival. This still applies today. Musicians such as American trumpet player Ted Curson (a musician who has recorded with Pepper Adamas and Charlie Mingus in addition to his own solo albums), Vitali Imereli (violin), Toivo Unt (bass), Reiska Laine (drums), Marian Petrescu (piano), Jari Perkiomaki (alto saxophone), Mikka Myllari (trumpet), Olli Ahvenlahti (piano), Eero Koivistoinen (tenor saxophone) and Jukka Perko (alto saxophone) would play at jam session venues and give concerts at stages set on the street for the public. I joined this bunch of valuable musicians for the first time in 1995. I became a part of these programs every year since 1995. 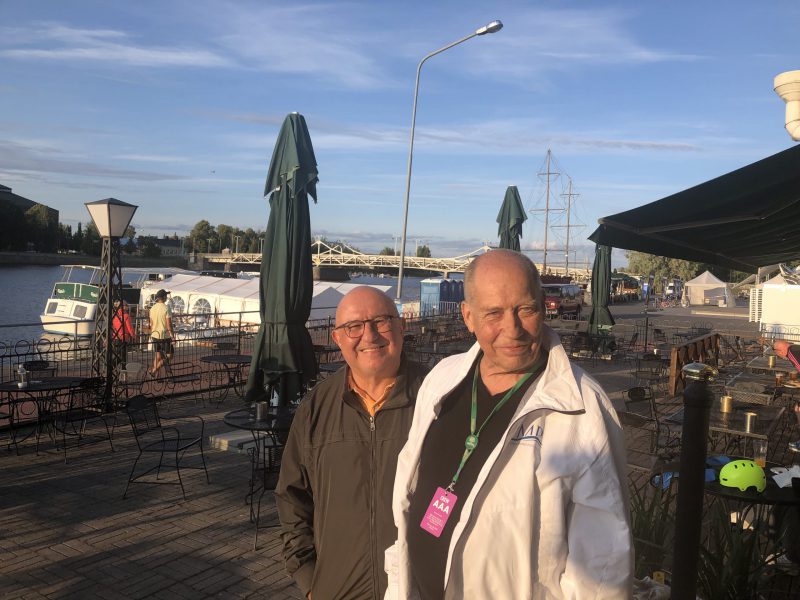 Jyrki Kangas valued and focused on these organizations which brought jazz audiences and musicians together in addition to the main stage programs which included international and popular musicians and were the driving forces of the festival. He brought these organizations to life in Pori Jazz Festival, where he served as the artistic director and contributed to them as a musician himself.

This is how I met Jyrki Kangas, with whom I worked with both on the stage and in the organization aspect, who became my close friend and made me become almost a citizen of Pori through my commuting back and forward.

Jyrki Kangas was born in Pori, Finland in 1944. He learns how to play the double bass at the conservatoire. He then starts giving concerts with his own generation of musicians from Pori at a young age. They want to organize a summer festival in Pori in 1965, showcasing their beloved jazz music. These young people, around 20-21 years old, can not manage to bring this open-air festival to life, which was to take place during the short Finnish summer period during July. The festival takes place for the first time in 1966 with a limited number of musicians. They don’t give up, of course. The festival keeps growing through 1967, 68. It becomes one of the most prominent jazz festivals in the world. It has been organized for 54 consecutive years. Many legendary musicians such as Miles Davis, Ella Fitzgerald, Joe Henderson, Herbie Hancock and John Scofield performed at this festival. Pori Jazz is one of the oldest and biggest jazz festivals in Europe.

Jyrki Kangas also was the president of European Jazz Festivals Association which brought together the most important jazz festivals of Europe such as Istanbul Jazz Festival, Molde (Norway), Montreux (Switzerland) and Vittoria (Spain) during the years when I met him, 1995 and after (Görgün Taner, who was IKSV’s General Director at the time, also served as the president of this association in the following years). 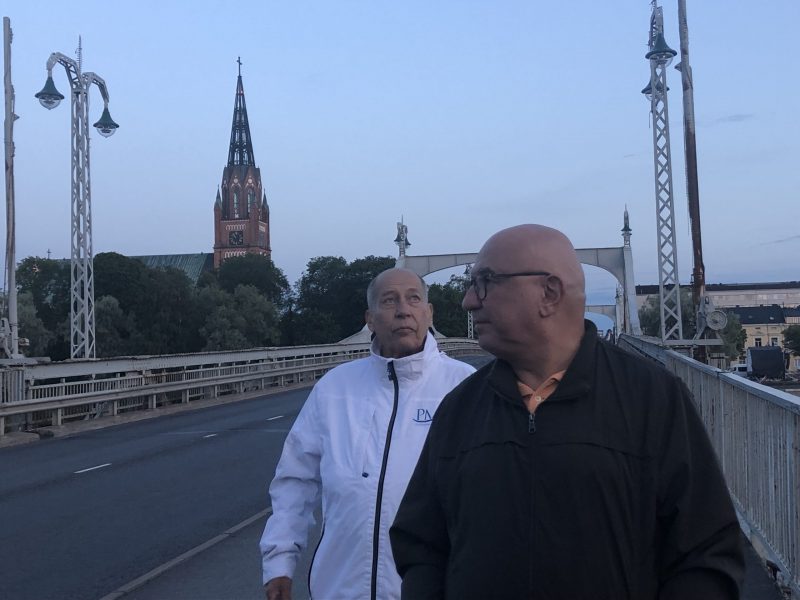 Jyrki Kangas was very talented and able in coming up with new ideas and developing projects. He would develop ideas that would be interesting to utilize during the festival and which could be used as brands or slogans in order to attract the attention of the masses. He also was a humble painter who had several exhibitions.

Municipal of Pori, Aino-Maija Loukonen, inviteed Jyrki Kangas and I for a meeting in 2010. She asked for our ideas to put together a low budget civil society project which was to be backed by the European Union. We brought “Istanbul Pori Music Networking” project to life which provided a platform for the works of young kids, young jazz musicians, professional jazz musicians and bands. The project partners were IKSV, Pori Jazz Festival and Palmgren Conservatoire under the framework of Galata Foundation. I was the project leader. Kids and teenegers from Pori Kids Jazz program attended workshops in Istanbul. Experienced Finnish teachers gave classes and workshops to kids in their mothers’ arms at Okçu Musa Elementary School in Galata. Arrangements were written for ney and big band for a repertoire that consisted of Classical Turkish music. Esteemed ney player Aziz Şenol Filiz and Cem Tuncer’s arrangements were performed by Pori Big Band during 2 concerts in Finland. The young pianist who went to Finland for this project with a trio later on attended and graduated from Helsinki Sibelius Conservatoire.

Our friendship developed deeper every time I visited Pori, which was frequently. We played at clubs and in concerts together many times. We often met at his house in the evenings and had many conversations. We would play as a duo as we snacked. 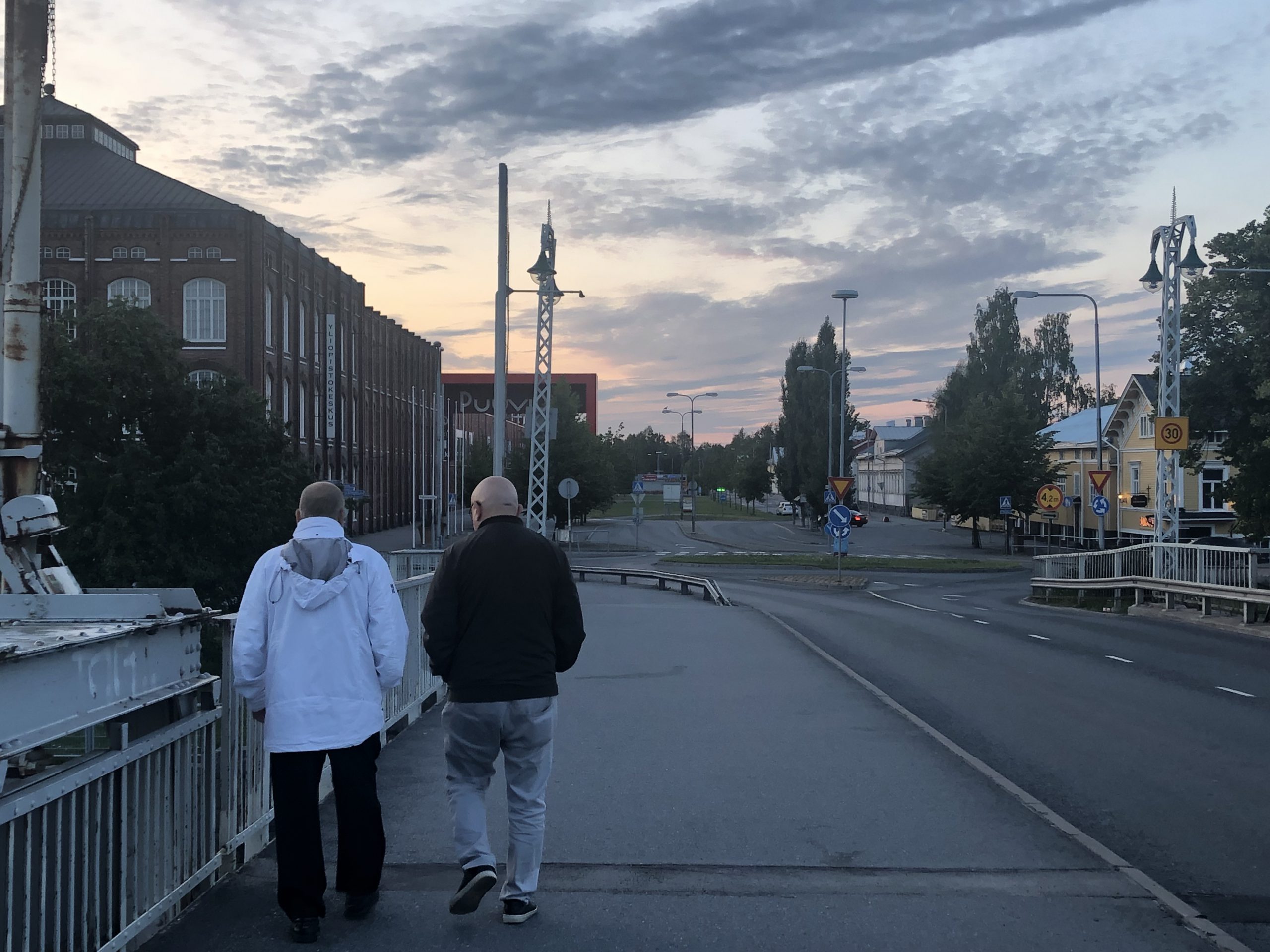 He suffered from various health problems in the recent years but never stopped being involved with music. He was active both as a musician on the stage and as a contributor to the Jazz Academy which aims to make jazz music more commonplace in education and in Finland. He was also an active members of the “Clean Sea” initiative which aimed to prevent pollution in the Baltic Sea.

I owe Jyrki Kangas many things because he opened many doors for me, allowing to meet many Finnish and international musicians, to play with them and to form close bonds with them. European Jazz community, the festivals and the musicians, also owe him many things. His presence was even more important for Pori Jazz Festival, which he created from nothing and is celebrating its 55th anniversary today. Because Kangas is known as Mr. Pori Jazz and a documentary with the same name has already been shot several years ago.

I made a short visit to Finland between 26-28 February. I called him on the 27th, which he didn’t pick up. Then my phone rang; it said Jyrki Kangas was calling. I was happy for a second, but it was his wife, Paula, calling. She said they were in the hospital and he wasn’t doing so good and that visitors weren’t allowed. I got the sad news from a common friend while traveling from Pori to Helsinki on the train on the 28th of February. We didn’t get to see each other this time. I was told that the funeral would take place on the 21st of March. I bought my plane ticket right away but unfortunately the borders were closed due to the “Corona Virus Pandemic” and flights were cancelled. I couldn’t attend his funeral. Just like many others who loved and respected him around the world.

We will always miss Jyrki Kangas with love and respect. His work and positive contribution to the world will never be forgotten.