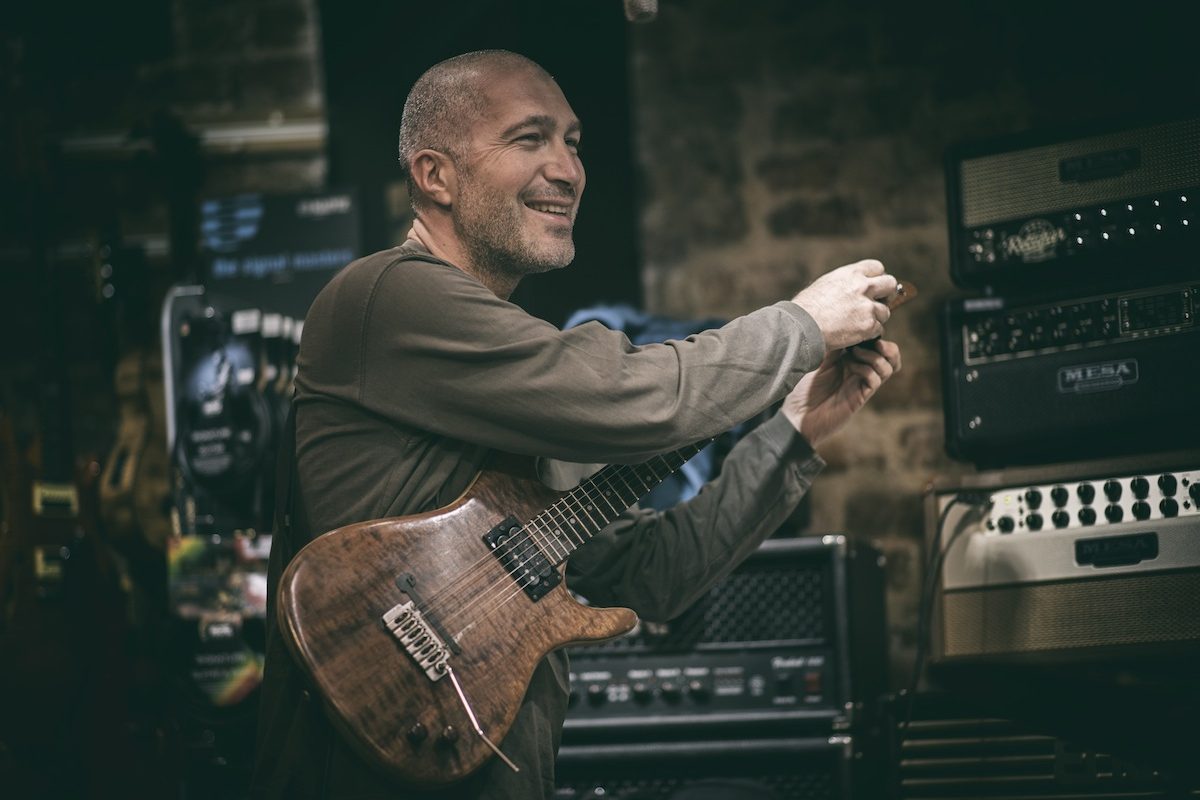 Jazz guitarist and composer Sarp Maden grew up in a family of musicians. He started his music career by playing rock. He bought his first guitar when he was in high school. He left his pursuit of a degree in psychology at Boğaziçi University saying “I only want to make music.” How did Sarp Maden move from rock to jazz, who was he influenced by, what did he do; what sets jazz apart among all the other genres, what kind of people are jazz musicians? Sarp Maden answered all these questions; he told the story of music in his life.

How did your music story start Sarp?

I was born in a family of musicians and there was always music playing at home. My father used to listen to Classical Western Music and my sister listened to jazz. I didn’t take a liking to jazz in the beginning. I first started listening to jazz. That’s why I play the guitar. If I had first listened to jazz I would probably have picked a wind instrument. I went to Tünel and bought myself a guitar. I started teaching myself. I really loved rock. I would go to rock concerts and I wanted to follow in their footsteps. There is still a lot of rock influence in my music. However, I got interested in other genres on the way so my music eventually became something else.

What kind of genres were you influenced by?

Not only rock, jazz or classical music, but I like this geography’s music too. I really like ethnic musics; African, Gamelan, Indian etc… There are different beautiful elements in different genres. My music isn’t pure traditional jazz. It incorporates jazz elements but also embodies other music influences.

When did your journey to become a musician start?

I went through a discovery period during my high school years. I started to spend all my time with my guitar. There was so much to discover. I played with passion. I think I improvedfast as well. Rock’s structure stopped being adequate after some time. I started to understand different and more complex musical structures. I was curious about how those notes came together. I listened, worked with the older generation musicians and learnt through books to find my own path. 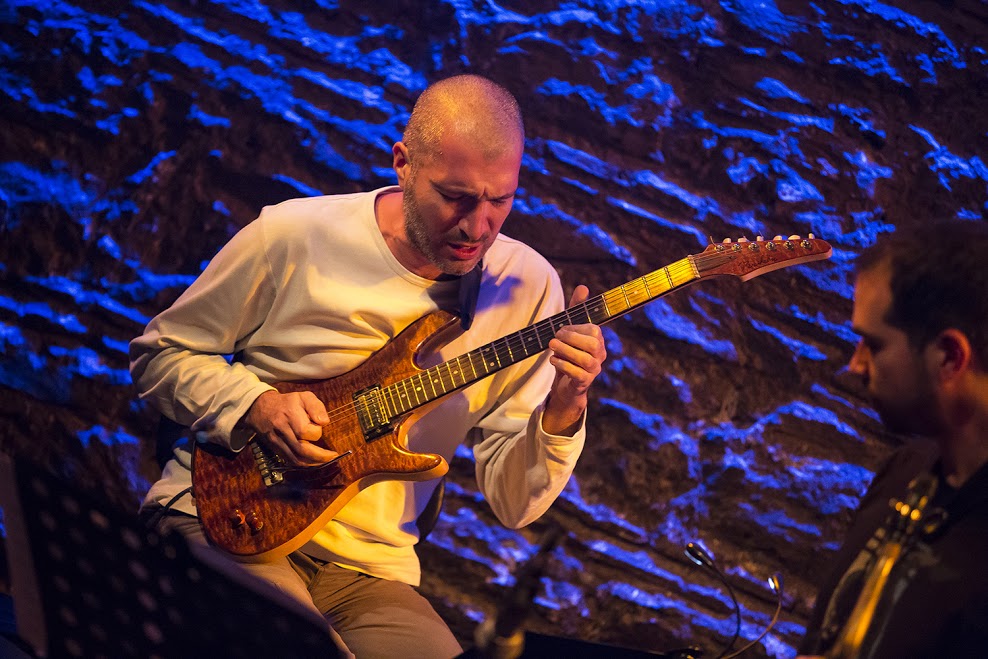 It should have been a tough path considering the conditions of the day?

We are in a different era now. There was no internet back then. I was born in 1968. It was harder to learn about things in the 1980s. Now everything is consumed fast, people move on quickly. It was harder to access album. Once you found an album, you would listen to it everyday and memorize its every second. You would learn it through and through to its very core. Now everything is easily accessible but people no longer focus on things they have access to. Attention spans are rather short.

You had a rock band in high school? What about during college?

We had a great band compared to high school standards. Cengiz Baysal played the drums and Alper Maral played the piano. I studied psychology at Boğaziçi University after high school but I didn’t graduate. Because music weighed heavier. I didn’t want to choose psychology as my profession. My life became a long vacation after that.

How did your professional jazz life start?

I started to notice nuances I didn’t notice at first when I started playing the guitar. I was enchanted by jazz, I started to understand it. I started to understand jazz better as I got to know music better and my listening comprehension got better. I started to listen to it day and night and I was learning about it. Ali Perret had music courses. He had recently come back from the USA. He taught me so much. I transcribed the solos; I started to write the notes of a jazz piece I liked. I jumped headfirst into music in order to learn it in every possible way.

What kind of a place is the musical world you live in? Was it hard to keep holding onto it?

It is hard, of course. But also easy in some aspects. It is a rather personal thing. Everybody and their expectations are different. I always wanted to pursue what I wanted. It is very lucky I have been doing what I have for so long. I was lucky. Because I mostly did what I wanted. It is hard because this music speaks to such a small group of people. Therefore the demand is low and its economy is small. There are ways to dilute it in order to reach to more people, of course. I didn’t do that much. But I am not saying that it is wrong to do so. 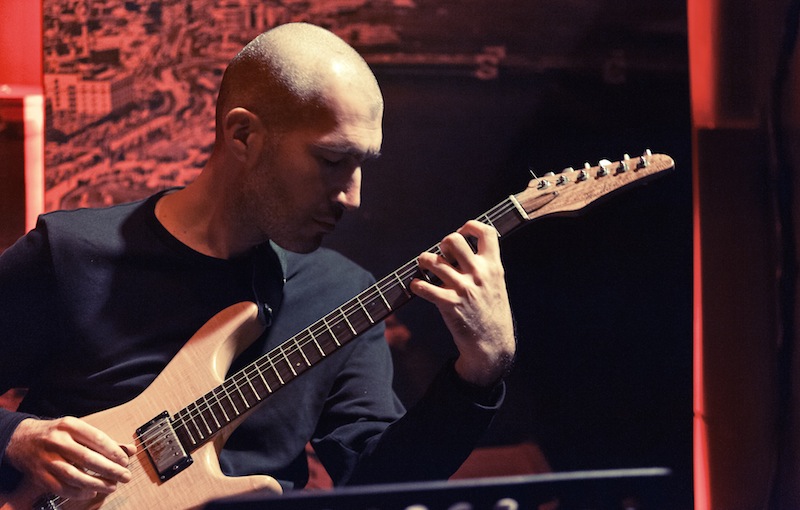 Let’s briefly talk about jazz music, what about it moves you the most?

I think the creative moments are the most valuable in music. Everything is built around creativity since improvization is so pivotal to jazz. This is beautiful. Master jazz musicians always discover new things in every single time they play, they are inventive. Improvization in present in a lot of genres but none is as sophisticated as jazz. It is open to change and novelties. So one can spend his life in the constantly renewing world of jazz without ever getting bored. This is a very attractive notion for me…

Do you play any other instruments?

I have some instruments at home. But I don’t play them on the stage. I have a kopuz, bağlama and a fretless guitar. I crafted my own wind instruments. I have some experimental instruments. I can say that the things I play onstage or record with are only a fraction of the things that interest me. I am a curious person.

I believe that there is a new album on the way? Shall we talk about this new album and the previous ones?

Yes, I am planning a new album. I chose the pieces and now I will move on to the recording process. I recorded seven albums previously, namely  ‘Bence’, ‘Ardından’, ‘Durgun Sular’, ‘Durmaksızın’, ‘Küçük Sır’, ‘Things Are Falling Into Place’, ‘Waning Moon’. I also recorded with bands like  Lodos, Trio Mrio, Quartet Muartet and MadenÖktemErsonmez.

Final question, do you think there is such a thing as a jazz musician profile or are all musicians the same?

I believe there is. But there isn’t a single profile. Everyone is an individual after all. The parameters of what we do create some differences. There is a different spoken language that is only understood by the jazz musicians, just like a subculture.