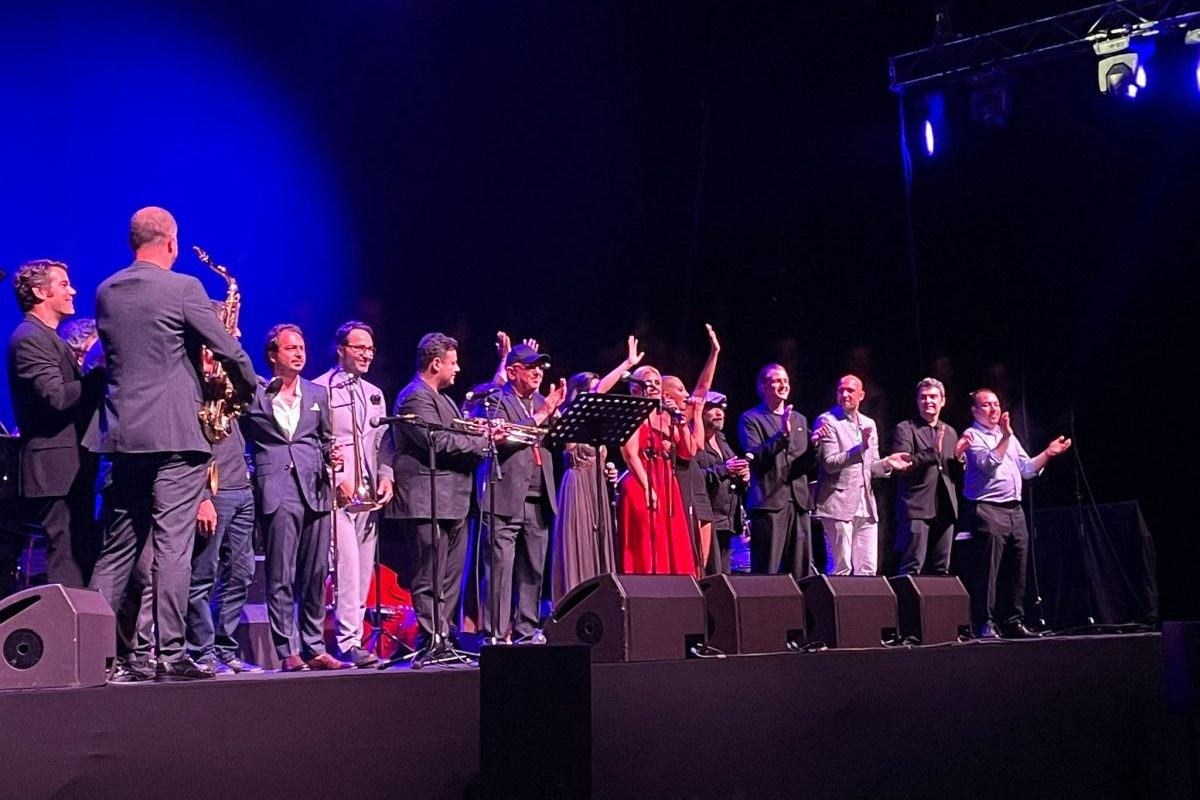 Nardis Jazz Club 20th Anniversary Celebration: Nardis Yıldızları and Roberta Gambarini concert, which took place on Tuesday, June 28, 2022, at Volkswagen Arena and lasted for 2 hours, was one of the most striking concerts of the 29th Istanbul Jazz Festival.

Yekta Kopan was the host of the night. First of all, he started by commemorating the famous actor Cüneyt Arkın, whom we lost that day, and Ahmet Faik Şener, nicknamed ‘Balarısı Ahmet’, the mouth harmonica virtuoso. The audience showed their respect and love for them with applause. Later, we learned that Roberta Gambarini could not attend the night because the Covid test was positive. Upon these news, the concert started a bit sad, but with the first song, the audience immediately started to get into the air.

Before moving on to the content of the concert, in order to reveal the unrivaledness and leadership of the Nardis Jazz Club in Turkey, let me give a statistic from the Turkish Jazz Archive of the musicians who performed there for 20 years. 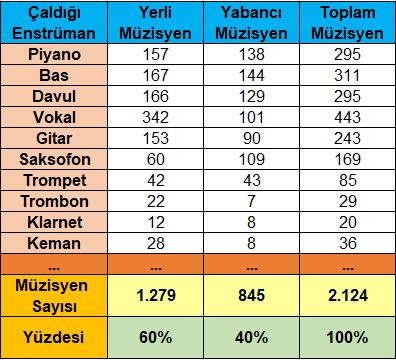 In 20 years, 2,124 different jazz musicians took the stage and 60% of them are local and 40% are foreign musicians. Some of them have performed at the club for years; some of them maybe only people who took the stage for one night. The weight of the vocalists immediately catches the eye; You can understand the importance of this from the “Nardis Young Jazz Vocal Competition” held every year! As Ferit Odman expressed on the night of the concert, Nardis is a laboratory, a school; It is an environment where musicians can hang out freely, improve themselves by performing with musicians who are more experienced than themselves, and most importantly gain confidence. Perhaps the sweetest starting point of the journey where Meltem Ege will represent us as a successful jazz musician with a PhD in America! The warmth of Sibel Köse inviting Zuhal Focan back to the stage on the night of the concert and hugging her with love!… One gets emotional; When we think of the friendship, sincerity, sharing of jazz and the development of musicians that have spread over these years!

Returning to the concert night, we were in front of us with a beautiful selection of both ballads and live action, in which 22 musicians performed in different forms (Quartet, Quintet, Sextet, Septet, Octet). I present the line-ups and the set-list to your attention. 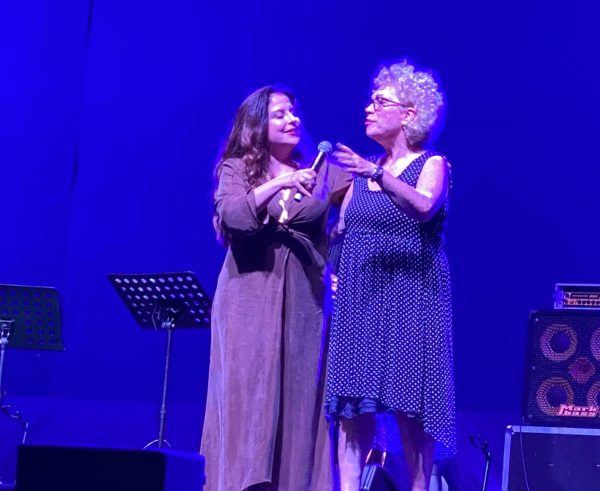 3- It’s Hard To Be a Woman (Composer: Dilek Sert Erdoğan)

4- Free For All (Composer: Wayne Shorter) 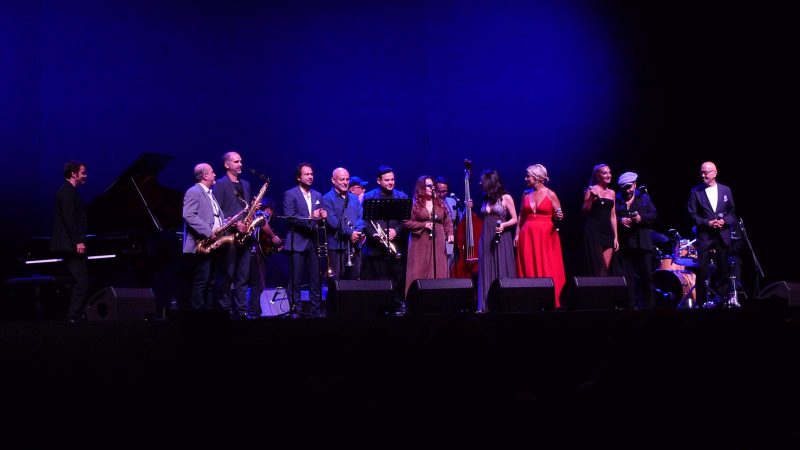 9- If You Never Fall In Love With Me (Composer: Sam Jones)

In the concert, we experienced different emotions and experiences with the unique interpretations of the vocalists. It was as if we were living a James Bond movie with Dilek Sert Erdoğan’s own composition. Meltem Ege’s singing style, in which her enthusiasm and emotions were felt without hiding anything, also attracted great attention from the audience. The vocal revel that ended with İpek Dinç, Aydın Kahya, Sibel Köse and Hayati Kafe, who came from Sweden to receive İKSV’s Lifetime Achievement Award, left different flavors in the audience. The blowing solos were also very successful!

Cem Tuncer, who came to the audience at the end of the concert, had unforgettable moments with his guitar and Barış Doğukan Yazıcı with his trumpet.

I would like to share some information that has not been shared anywhere before with those who have read it with interest. Below are two tables that I have compiled from the 20-year concert statistics of Nardis Jazz Club, thanks to the Turkish Jazz Archive project. The first table shows the number of 22 musicians performing at Nardis tonight. Of course, some nights here as guests, accompanying a few pieces are not included; if they were detected and added, it would be striking how many nights they took place! 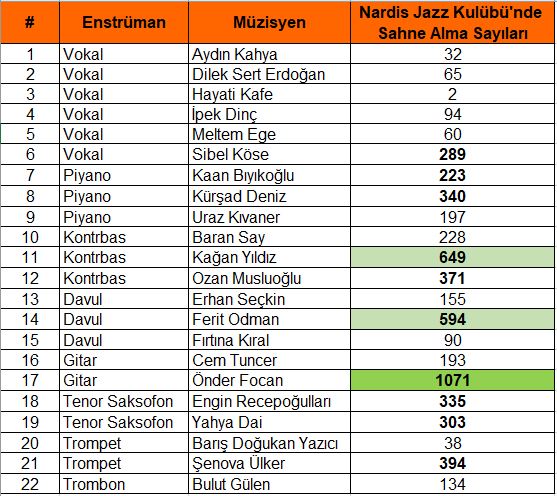 As can be seen in the table below, as we enter July 2022, 5,250 concerts have been reached at Nardis! In the short conversation I had with the Focans, who are the architects of this success, they touched on very important points. Zuhal Focan first mentioned that Nardis has an accessible voice at every moment from the time the audience makes plans to come to the venue until they leave the venue. She said that in addition to getting detailed information about the musicians who will appear in the venue from the website or social media, if you call Nardis for any other questions, someone will definitely meet you. Likewise, these interlocutors always support you in the venue. This is a service that can be obtained in very few jazz clubs in the world… When I spoke to Önder Focan, he talked about the sustainable system they built; He stated that an infrastructure has been created by frequently including young jazz players in the club, and as they develop, the pool of musicians expands and they can offer more different concerts. It is debatable how much importance our clubs in football and our municipalities in our cities give to infrastructure, but in jazz, the jazz musicians Nardis trained in 20 years are obvious!

While putting the last point in my words, I would like to express that Nardis Jazz Club will always live with us. Even if we don’t go one day or not, we will always remember those notes that Önder Focan’s guitar woven there! Zuhal Focan is set up in his corner, and he will wave at us from afar with his warm smile! We will know that Ali Focan made the sound settings from the balcony! The stars of Nardis will continue to keep jazz alive with their enthusiastic voices! Regulars will come to the club again! Nardis employees will fill our glasses with joy!