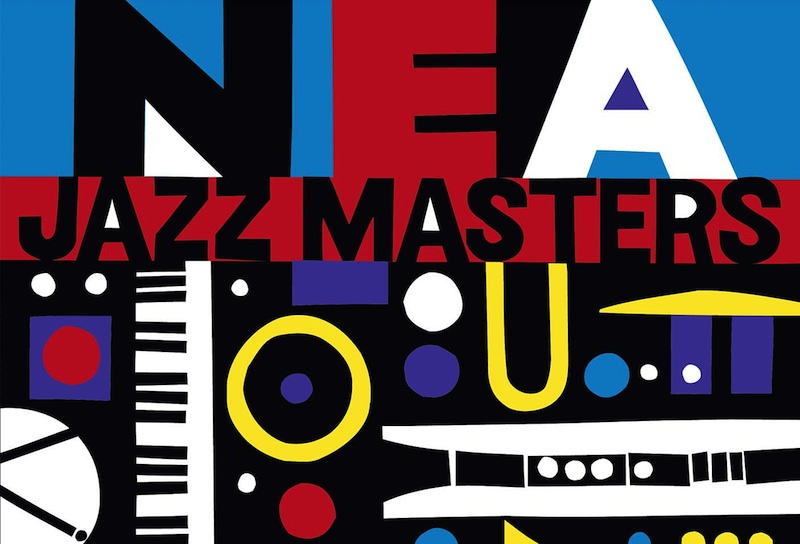 The 2018 NEA Jazz Master recipients were announced this evening at a DC Jazz Festival concert at the John F. Kennedy Center for the Performing Arts in Washington, DC, where Metheny also performed. The NEA Jazz Masters are receiving this honor for their lifetime achievements and exceptional contributions to the advancement of jazz. Each will receive a $25,000 award and be honored at a tribute concert on Monday, April 16, 2018, in Washington, DC.

“The NEA Jazz Masters represent the very pinnacle of talent, creativity, innovation, and vision,” said NEA Chairman Jane Chu. “We look forward to celebrating these four new Jazz Masters and their many contributions to jazz.”

• Todd Barkan – Club Owner, Producer, Artistic Programmer
Barkan is the recipient of the 2018 A.B. Spellman NEA Jazz Masters Fellowship for Jazz Advocacy, which is bestowed upon an individual who has contributed significantly to the appreciation, knowledge, and advancement of the art form of jazz. Barkan’s name is inextricably associated with the Keystone Korner, a San Francisco venue he had opened in 1972 and then managed for more than a decade. He also worked as a record producer and for Jazz at Lincoln Center.

• Dianne Reeves – Vocalist
Reeves can effortlessly sing in whatever style she wants with her far-reaching range, whether it’s rhythm-and-blues, gospel, Latin or pop. But jazz always was—and continues to be—her musical foundation.

• Pat Metheny – Guitarist, Composer, Educator
Metheny reinvented the traditional sound of jazz guitar, bringing a fresh sonic potential to the instrument while offering a deep reservoir of improvisational insight and musicality. While his music resists any easy description, his compositions cover a wide range of settings, from modern jazz to rock to country to classical. 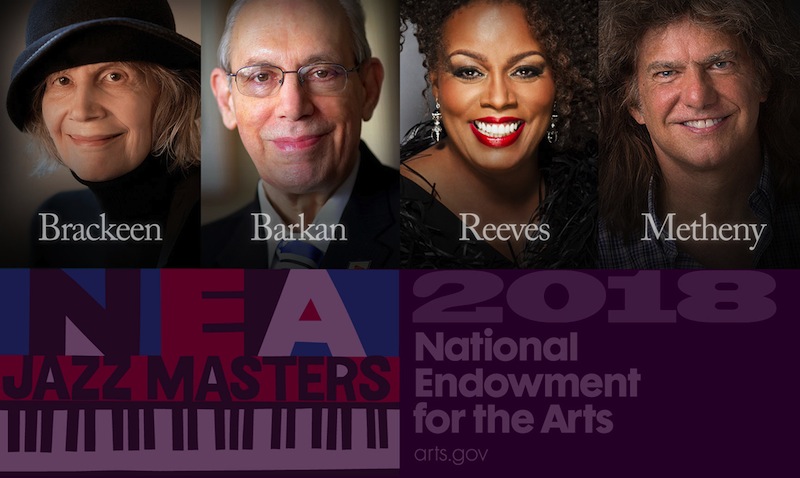 About the NEA Jazz Masters

Since 1982, the National Endowment for the Arts has awarded 149 fellowships to great figures in jazz, including Ella Fitzgerald, Sonny Rollins, and Chick Corea. The full list of NEA Jazz Masters and materials about them – including videos, podcasts, NEA Jazz Moments, and more – are available at arts.gov. NEA Jazz Master Fellowships are bestowed on living individuals on the basis of nominations from the public including the jazz community. The NEA encourages nominations of a broad range of men and women who have been significant to the field of jazz, through vocals, instrumental performance, creative leadership, and education.

About the National Endowment for the Arts:

Established by Congress in 1965, the NEA is the independent federal agency whose funding and support gives Americans the opportunity to participate in the arts, exercise their imaginations, and develop their creative capacities. Through partnerships with state arts agencies, local leaders, other federal agencies, and the philanthropic sector, the NEA supports arts learning, affirms and celebrates America’s rich and diverse cultural heritage, and extends its work to promote equal access to the arts in every community across America.