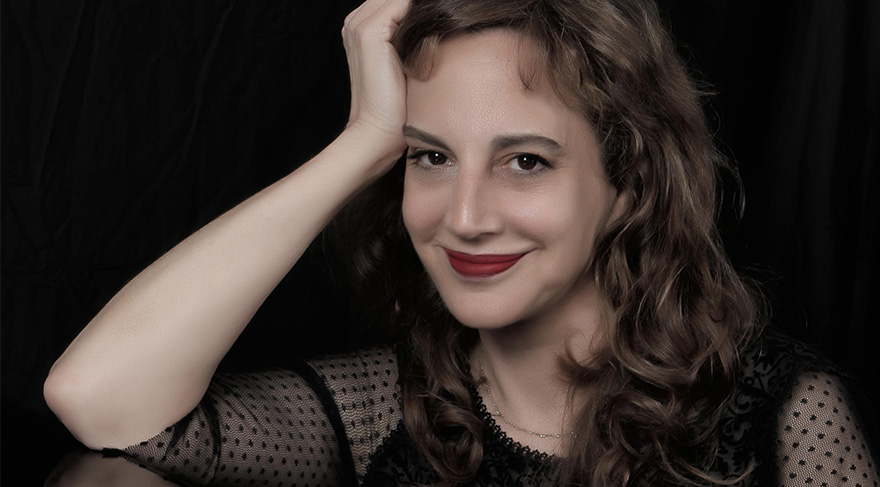 Nilüfer Verdi’s new album Knidost was released by Ada Müzik last month and was presented to all jazz loving listeners.

As one of her long-time fans who has listened to and written about all her albums with great appreciation, I listened to this new album right away.  Then, when listening to it once wasn’t enough, I listened to it again until I knew it by heart. When Nilüfer and I met to converse about this album, I had already listened to the six pieces on the album several times.

According to Nilüfer, this album is a new interpretation of her and her friends’ popular pieces, in which she expresses the full range of the depth of her emotions. 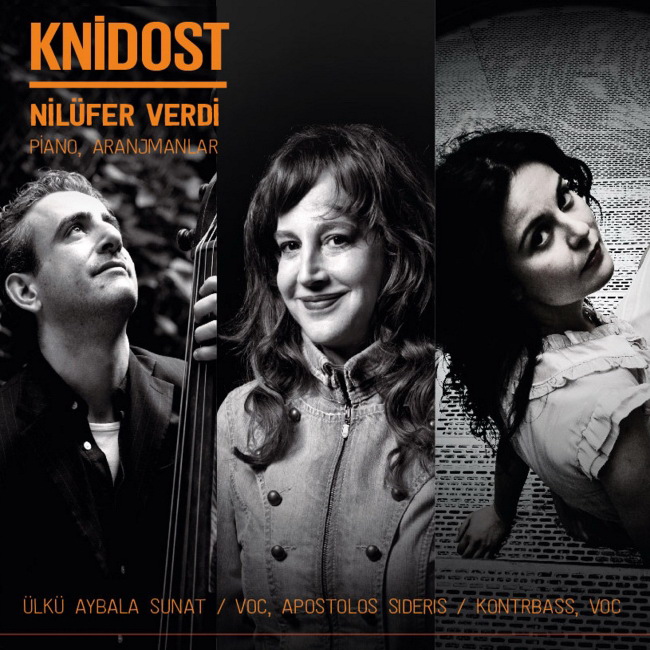 I attributed a different meaning to the album; I think this album is a universal rendition of the language of jazz through our own Turkish roots. Older pieces are given new colors and souls. Nilüfer says that she found memories from her and her friends’ pasts in these pieces and that she breathed new life into them and brought these memories back to life.

Nilüfer is accompanied by vocalist Ülkü Aybala Sunat and bassist Apostolos Sideris whose ancestors lived in and left Turkey, giving him a good sense of the sounds and smells of Anatolia.
First, Nilüfer and Ülkü met each other through Ferhat Öz and played together, and then their path intersected with Apostolos, and three souls were thus interlocked. Together they brought the incredible cultural heritage of Anatolia to our day. The recording session for the album only took half a day, I am not sure but this might be a world record.

I asked Nilüfer about what makes this album different than the rest:

I think we made an internal journey, as one gets older, they become more focused on their inner world, I think this is what happened with me as well. We also aimed to go beyond the usual forms and structures, similar to my previous albums. 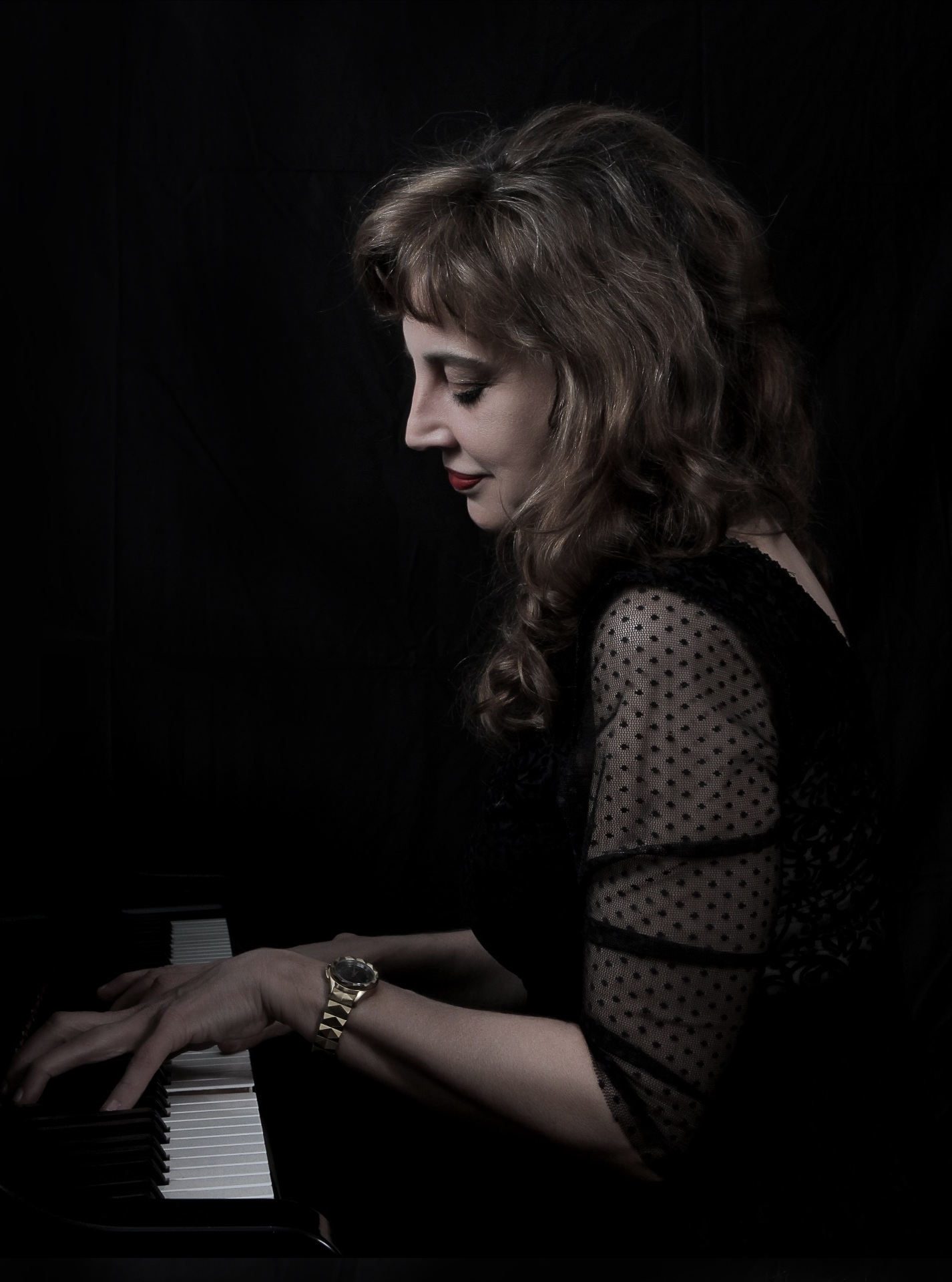 Allı Turnam is the first piece in the album loaded with emotions; it tells of homesickness. I think there is also a feeling of hopeless love in it as well but Nilüfer didn’t mention this.

I thought there probably was nothing left unsaid under the sun about Aşık Veysel’s immortal work Kara Toprak, but I was wrong. Nilüfer and her friends succeed in planting new seeds to these soils (‘Toprak’ means ‘soil’ in Turkish).

The same can be said about Uzun İnce Bir yoldayım, which is the other Veysel piece in the album.

This piece reminds me of the people who have suffered greatly or lost their lives because of some ideals in the 70s. I also feel a deep longing in this piece.

Neredesin is a popular piece by Neşet Ertaş, it is the only piece Nilüfer wasn’t familiar with among those on the album. It was included in the album with Ülkü’s suggestion.

Üsküdar’a Giderken is the most interesting piece on the album for me. Nilüfer learnt from her musicologist friend Melike Atalay that this piece could also be found in different cultures such as Scotland, Serbia, Greece and Bulgaria, but with different lyrics. She started with the Scottish version of the piece for the album and pondered how far they could take it, so she asked Ülkü to sing it as low-pitched as she could. This piece was used for the video clip made for the album. Nilüfer and her friends acted as much as professional actors in this video clip, they could actually be seen selling concepts likee loyalty, meaning and justice in the Üsküdar bazaar. It has been a while since these concepts have disappeared from Turkey, let alone from Üsküdar. Music could be a means to internalise these concepts. 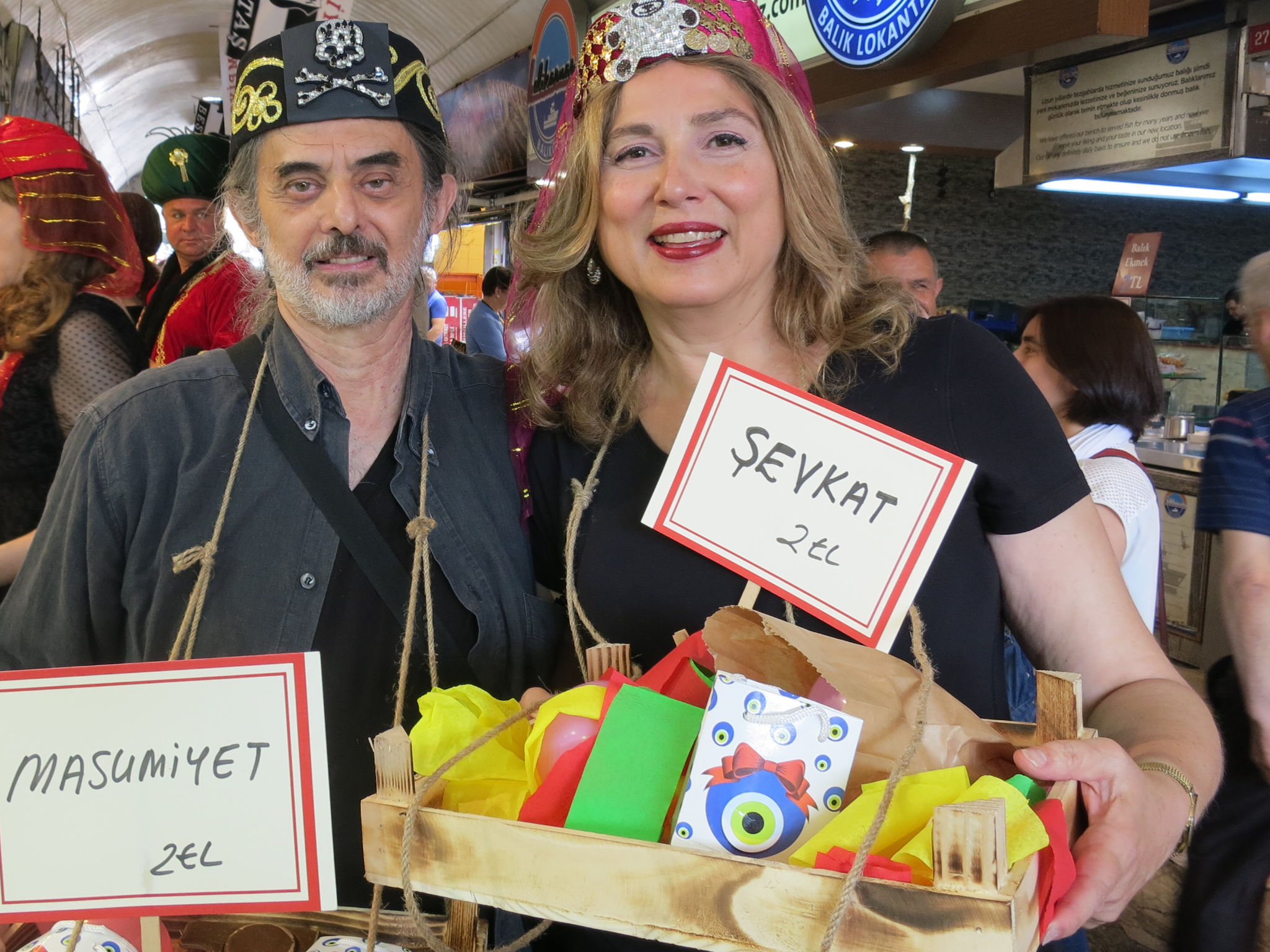 I asked Nilüfer about the path that lay ahead of her:

I don’t know, we don’t actually know what is going to happen in our lives a second from now. The whole world is going through tough times. We are all affected by the negativity that surrounds us, we confusedly ask each other or ourselves what will happen tomorrow. But I believe in the healing power of music despite all this, I am influenced by the amazing new generation of musicians that follow us and keep hopeful. We have to keep the paths that lead to music open for them and give them opportunities to display their talents, that is what I work for.

Every album is a rest stop that musicians take a break and pull over during their journey of life, where they question their past and gather their strength before taking on the future. I have no doubt that new things await Nilüfer in her future, and that she will find new inspirations to her endeavours about women’s rights and social affairs. Now, I will go back to listening to the album again, and continue looking for its little secrets, jokes, its little games and sweet traps.