Oslo Jazzfestival took place between 11-17 August this year. I had a positive experience during this festival, which I was able to attend for the second time. The good weather was a plus as well. As the freshness of the open skies seeped into our souls, Oslo natives came out to the streets and venues by the sea following a few days of no rain, making the city livelier than last year.

The first band I watched during the festival was Count Basie Orchestra. It was one of the first concerts I wrote on my list because it is hard to see a foreign big band in Turkey, even in festivals. We are talking about a legend of 80 years! It is an icon that is still named the first among jazz orchestras in reader questionnaires done by established magazines like DownBeat. As I guessed, the concert at Oslo Konserthus drew an audience of mostly middle aged and older jazz lovers. I don’t know what to think about that. It is somewhat understandable that this orchestra which has a traditional style repertoire isn’t rather popular among young people… But I also think audience members of all ages should attend such a “ritual” at least once a year. Lester Young, Billie Holiday, Thad Jones, Joe Williams, and many others passed through! I noted Only the Young, Hamp which was written by Quincy Jones for Lionel Hampton, There’ll Never Be Another You, arranged by Chico Farrell and Thad Jones’s From One To Another from the orchestra’s latest recording All About That Basie. Two Frank Sinatra pieces were played, featuring guest singer Ingar Kristiansen, but this didn’t feel necessary to me.

I walked to Nasjonal Jazzscene Victoria to listen to Taksim Trio as soon as the concert ended. I tried to reset my brain because I knew this would be a rather different concert compared to Count Basie Orchestra. I was familiar with the club from the previous year and it had a warm atmosphere this year as well. One could feel that the audience was excitedly waiting for the trio. The concert was listened to with the utmost attention while İsmail Tunçbilek’s fluid sentences and Hüsnü Şenlendirici’s glissandos warmed the venue up. The parts where I can call “Flamenturco” set the audience on fire. I was amazed by the technical abilities and the energy of the team from my perspective, but I cannot say I enjoyed all of their music. The project is on the verge of either imprisoning itself or proceeding to even more interesting places. One thing is for certain, these kind of concerts always attract attention. Ultimately, the members of the audience bid their farewell to the trio with passionate applauses. 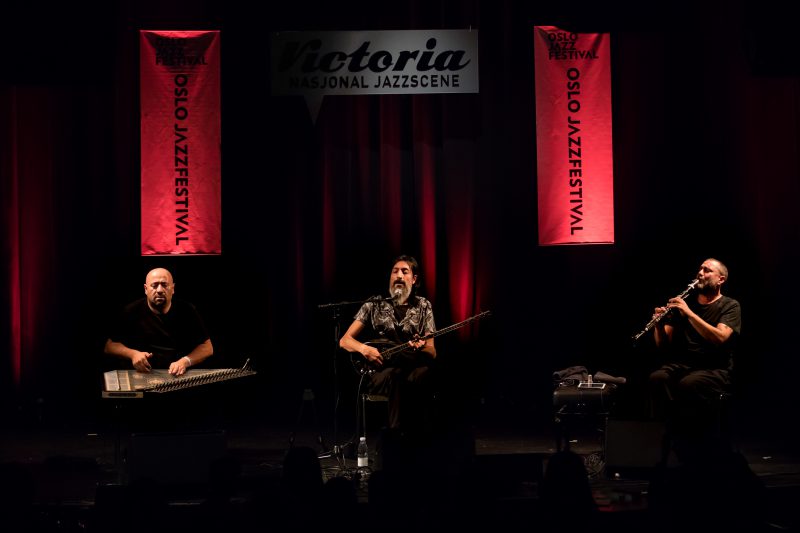 I attended two consecutive concerts the following day. Kenny Werner Quartet was the first of these. Werner, as pianists already very well know, is known for his book on improvization. Werner has recorded albums with his own bands for more than forty years as well as recording with BBC Orchestra, The Metropole Orchestra, UMO Jazz Orchestra and Danish Radio Orchestra as an accompanying musician. The quartet played a set shaped around Werner’s latest album Church On Mars. The “experts” of jazz, saxophonist Dave Liebman, drummer Peter Erskine and bassist Johannes Weidenmüller, were accompanying this gig in Victoria. The pieces played included Feel Good, Liebman’s composition Tender Mercies, Superfluous, Liebman’s Is Seeing Believing? near the end of the concert and Monk’s Think of One, which is one of the two standards in the album. The fact that Werner complimented his bassist with big statements a couple of times as if to give the audience a message caught my attention. 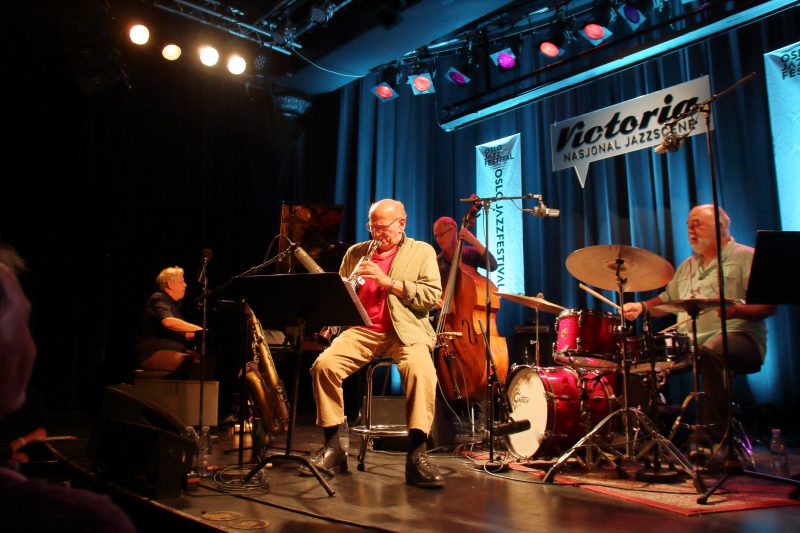 I hopped on the tram as soon as this concert was over to listen to Houston Person/ Jan Lundgren Quartet in Torshov.

Torshov is a unique area to the north of the center, known for its cafes, theaters and somewhat bohemian culture in Oslo.The concert took place in a hall called Cosmopolite in this area. The venue was initially opened as a movie theater in 1928, and is now used as an activity center. One of the main reasons why I picked this concert was to watch a musician, who has recorded hard bop and soul jazz albums for more than 50 years, live even though I am not exactly a follower of his. The other reason was the fact that Jan Lundgren, whom I have known since Swedish Standards album, was the pianist. I enjoyed “carrier” music more so than “inquisitive” but Houston’s young and ravenous stage presence despite his 85 years of age caught my attention. I left this concert with a new life lesson.

We were at Nasjonal Jazzscene Victoria to watch Marilyn Mazur’s Shamania on the last day. Shamania consists of female musicians and is a rebooted version of Mazur’s similar band from the 80s. The idea came from the management of the festival in Copenhagen and Mazur formed a new band and started performing at festivals. This is a type of music that should be listened to live. Mazur describes this project as “good energy and movement” and achieves this easily, because the band really creates its own magic on the stage. They got the attention of the listeners right away by setting the atmosphere and the feeling by walking out of the door behind the bar like a marching band and walking among the members of the audience. I recommend going to their concert if you come across it. Those who can’t should listen to their 2019 album; it is possible to feel Shamania’s vibe in this recording even though it is more static compared to the concert I attended to. 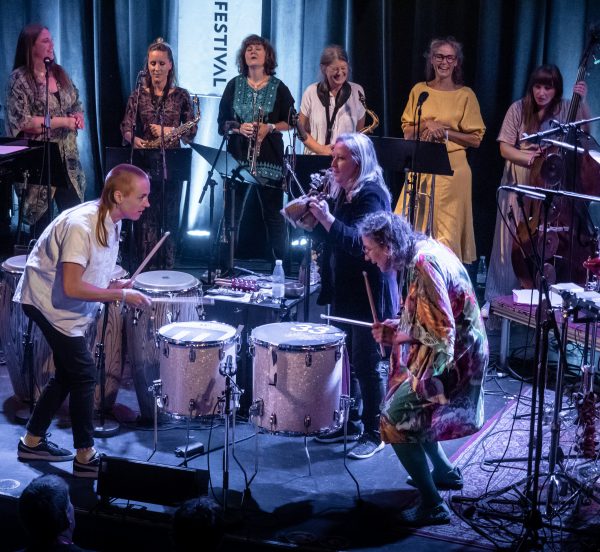 There were some other activities I participated in as well. I can name Eivind Aarset’s electronic project in the vault room of Sentralen and Nils Landgren Funk Unit’s funky evening in Røverstaden among these. What got my attention more were the ability and clear sound of young bands like Olimpias Orkan and Allianss in the showcase. And ultimately, I decided that Oslo’s festival should be one to follow even though it isn’t among the most well known of its kind. The festival is very important and I am observing that the city is becoming more cosmopolitan. It might be a little presumptuous to assume but I started to think that Oslo could distinguish itself as an interesting cultural meeting point. 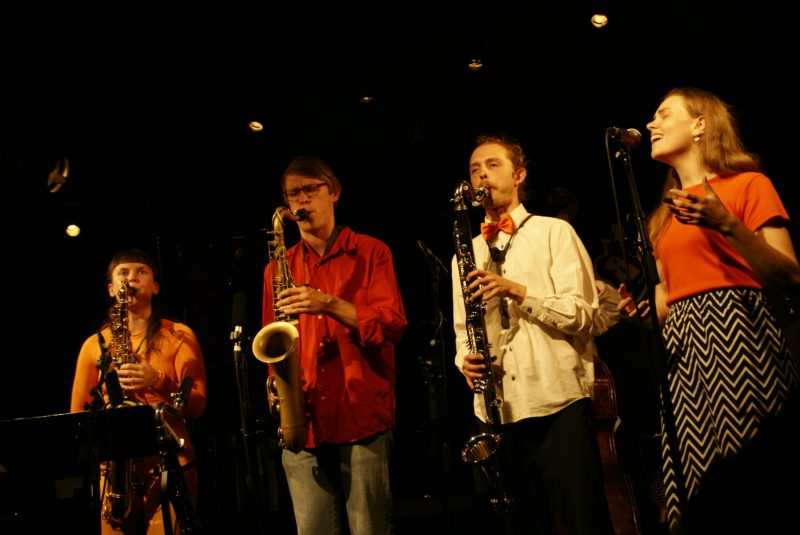