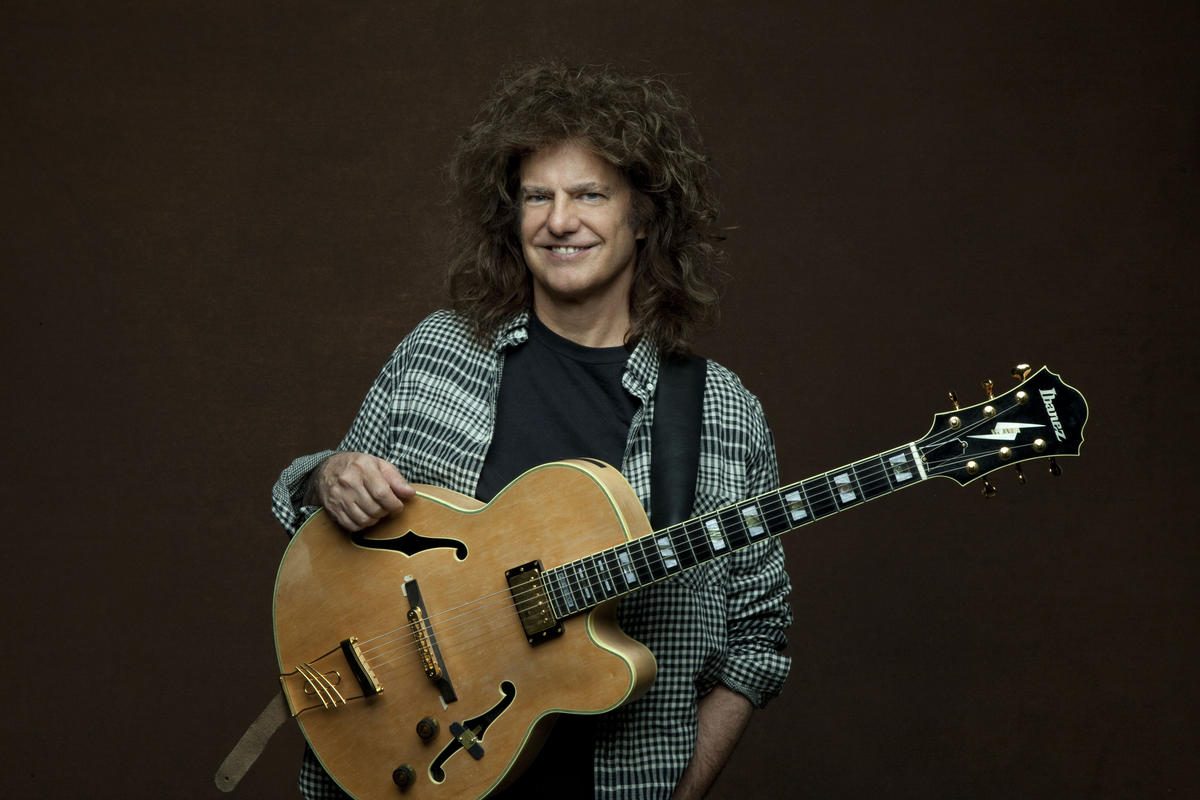 This is a short review of Melvyn Cooke’s Pat Metheny: The ECM Years, 1975-1984, published by Oxford University Press.

As those who have read a few jazz magazines or even simply conversed with fans of jazz would know that Pat Metheny is a very special guitarist who has influenced many musicians. He has achieved more popularity as a composer than the average as far as jazz concerned, with an audience that could be considered rather large. I cannot decide whether Metheny is no longer an idol after forty five years, but for those who have been following him since his debut, Metheny still has a very special place. The way he represents an unusual direction for jazz has made his listeners feel like they were on a discovery journey with the musician. 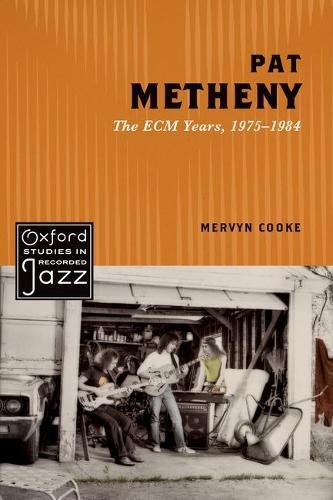 Mervyn Cooke’s book is an academic work that focuses on the era when “Pat Metheny’s magic” has started to mature. Eleven ECM albums Metheny has released were reviewed in depth and in order. Cooke pays detailed attention to the conditions in which the albums were recorded. Album reviews often goes down to individual tracks. These parts occasionally talk about how the track names came about and also mention the harmonic and rhythmic properties of the compositions. Cooke didn’t forget to share the stories of the album photos. For example, you can learn what the sea symbolizes in Watercolors (1977) and the turn-left sign in Offramp (1982). The information shared makes one want to look at the cover art of  As Falls Wichita, So Falls Wichita Falls (1981) that is still up for interpretation once again with more attention. 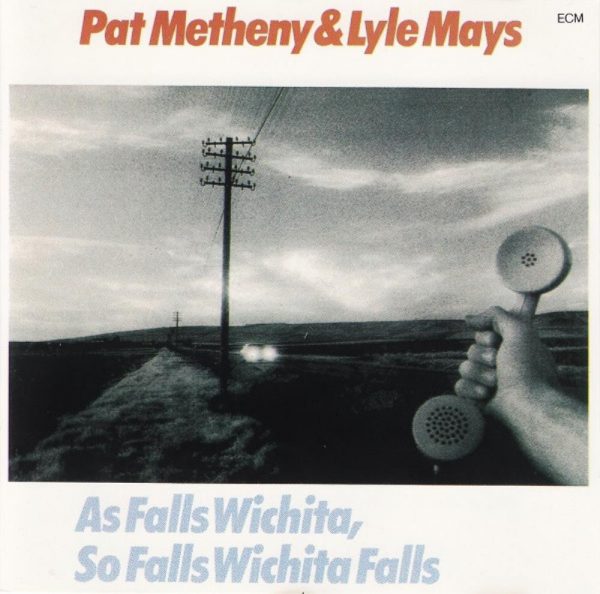 The book includes expansive parts on the albums, but the main chapters focus on the progression of Metheny’s music. The technical aspects of his choice of instruments, notations, stories and memories of other musicians, quotes from interviews and some other information are presented together. We read, on occasion, Metheny’s own opinions, both old and new, on his compositions. The book’s introduction includes information on how jazz entered Metheny’s life, his inspirations and the musicians he has worked with. His years as an accompanying musician in Gary Burton’s band are emphasized due to the fact that they opened the path for the guitarist’s unique career. The focus then shifts to how the experimentations of the guitarist during his live performances play a role in the development of his albums. The facts that Metheny does not accept a clear-cut line between written music and improvization, and that he sees both of these as two interlocked courses of musical expression are frequently emphasized in the book. The attention is drawn to the practical results of Metheny’s affinity to live performances. For example, the fact that Pat Metheny Group (1978) album sold more than a hundred thousand copies, surprising everyone including the producer, is explained by the fact that the recording was done following an intense seven-month tour.

Metheny’s musician choices have found a mentionable part in the book. The reason for this is not to put these names in the limelight, but to mention some aspects of working together and musicality. The author occasionally mentions what the other musicians in these bands remember. For example, the disagreements that happened during the recording of Pat Metheny and Jaco Pastorius’s Bright Size Life (1976) were told from the point of view of Bob Moses, the trio’s drummer. The other two things that got my attention are Metheny’s admiration for Eberhard Weber’s sound, which he thinks is unique, and his belief in the “earthly breath” that Naná Vasconcelos’s voice contributes to the band heavy with electronics. And of course, the notes about Metheny’s colleague Lyle Mays. How to achieve the feel of a big orchestra with the means of a small band has been defined as a question these two musicians have been looking for an answer for since their meeting.

All of these evaluations about the period also touch upon the things that lead to Metheny parting ways with ECM. Cooke dedicates a bigger part to American Garage which was a turning point for Metheny as far as ECM was concerned. The album is the first one by Metheny that ECM founder Manfred Eicher doesn’t actively play the role of the producer. The fact that all the responsibility fell on Metheny created an environment without the Eicher limitations such as the economic worry of recording fast or using certain microphones. In other words, American Garage is an album recorded for ECM while stepping out of the shadow of the company. The album is emphasized as a third alternative path to urban jazz and rural Americana with a jazz touch. Metheny’s new searches in his last years with ECM are assessed through the connection between First Circle (1984) and Still Life (Talking) (1987) and Letter From Home (1989), the latter two to be recorded with Geffen in the years that followed.

The words selected from a speech Metheny did for jazz educators summarize the guitarist’s musical view. Metheny’s opinion and suggestion are that jazz musicians should reflect the spirit of the times in their music, let go of the convenience of the styles of the past and to deal with all genres of music they enjoy without limiting themselves on one. This anecdote shows the musician’s view on discussions such as how American jazz is or should stay. I believe the paragraphs that focus on the main differences between fusion and Metheny’s music are interesting. We learn that Metheny didn’t want his music to sound like bebop or jazz-rock from his first years. However, Metheny didn’t approve of his music being called fusion either. These parts of the book are for those who know or are curious about the intellectual arguments about jazz in the 70s and the 80s… 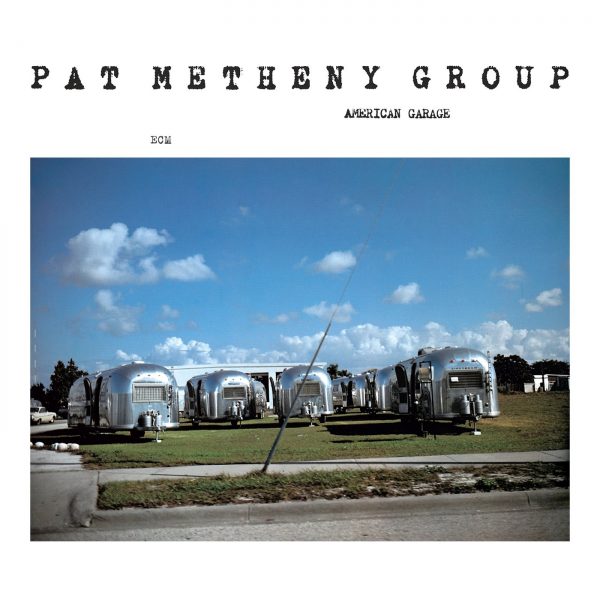 To summarize, I can say that the book offers many details that will help the reader understand Metheny’s mental world. For example, we can see how the guitarist’s interest in technology stems from the view that his instrument is limited (in those days) and even “weak” compared to instruments like saxophone. However, Metheny’s relationship with technology isn’t only this. As the author frequently emphasizes, Metheny views music as an “expression” and sees technology as one of the most important tools in forming “auditory” stories. This doesn’t only mean different guitars or synthesizer technology that was quickly advancing those days. Metheny also sees the recording studio as a tool that serves the auditory expression. This view of his is the basis of many of his approaches. For example, we learn that he finds the first take obsession of jazz musicians frivolous and even “macho”. He explains that he sees all the recordings he has made so far as a single album or a “long set”.

Metheny, who became known during the 70s when the face of jazz was changing and intermingling with everything, is an esteemed musician who distinguished himself in this chaos with a permanent signature. He has worked on numerous projects since then and some of these got a lot of attention. Of course, he has been criticized at times in these forty years but I have always thought Metheny is after good achievements since I have first listened to his music. Even though many things have been written about Pat Metheny already, I believe Mervyn Cooke’s book will be a satisfactory and pleasant look into the bigger picture. 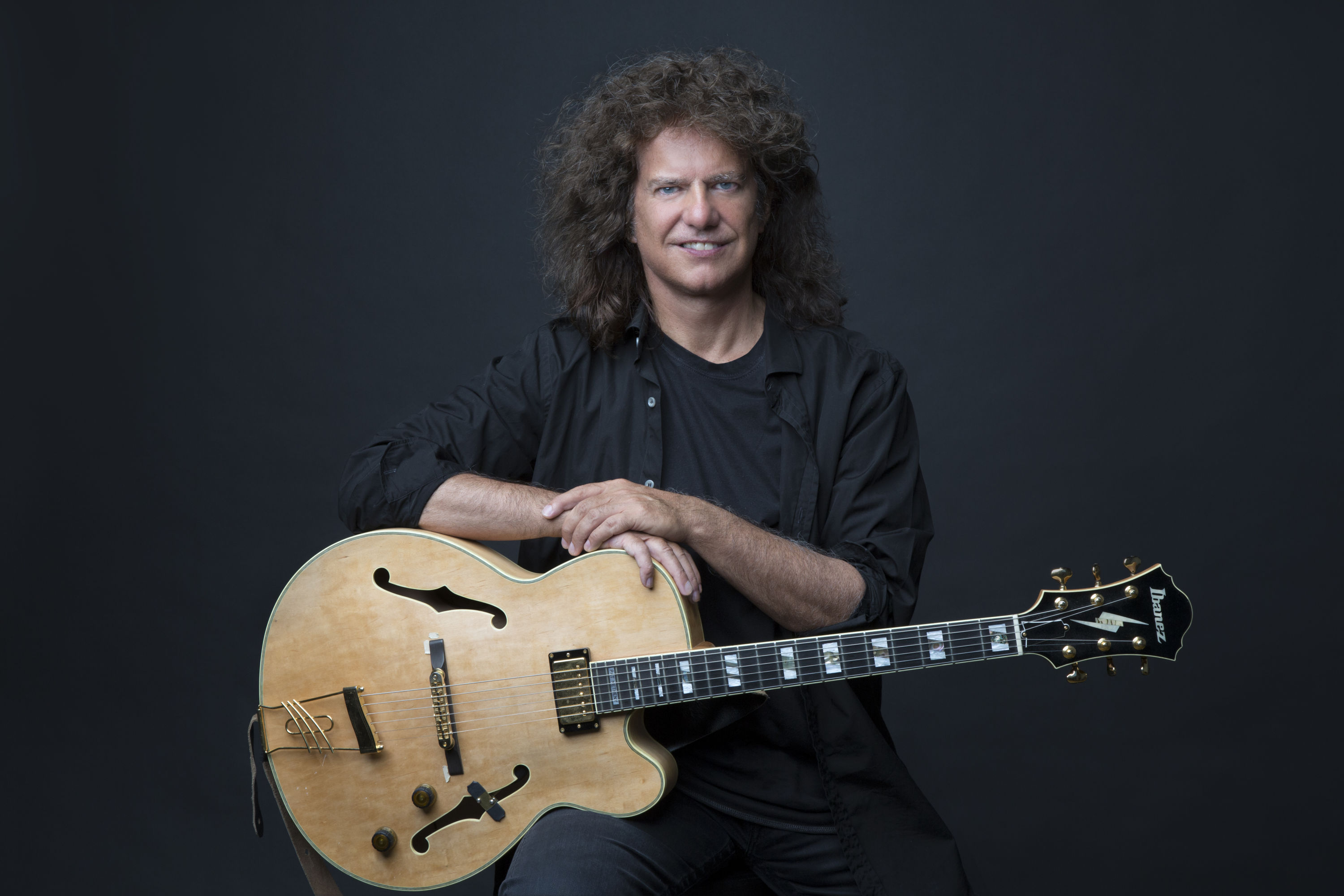 Author Mervyn Cooke is a music professor at the University of Nottingham. It could be said that this book which is the latest publication in the Oxford Studies in Recorded Jazz series is aimed both at listeners and professional musicians, but the parts that are heavy on musical notes show that musicians are the priority. I believe that the comparisons between performance and recorded solos will attract a lot of attention. Those who aren’t musicians but are fans of Metheny can skip over these analyses and focus on the other parts. I suggest younger readers to listen to the Metheny discography after reading the introductory parts and then continue reading.