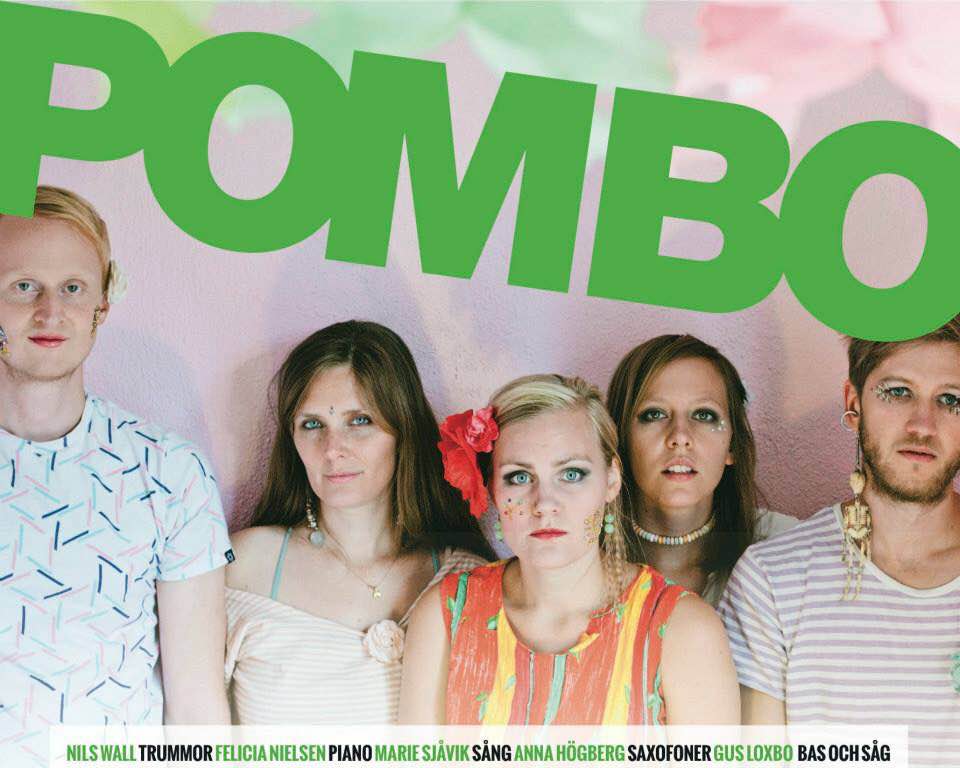 When I listened to Pombo and watched their videos for the first time I asked myself a number of questions about the band: Is Pombo a music group that gathered in order to put a theatre performance on? Is Pombo a troupe dealing with philosophy and politics? Or is Pombo a story teller which is in fact on the stage to perform various types of music? They indeed give some of all and they branch out on the stage by reflecting their background, ideas, sounds, sense of humor, and experiences as they give some hints about their branches at the last part of the interview. The band consists of Gus Loxbo (double bass), Felicia Nielsen (piano), Nils Wall (drum), Anna Högberg (saxophonist) from Sweden and Marie Hanssen Sjåvik (vocal) from Norway. Togetherness in the band echoes with sounds and lyrics. Their music cannot be categorized but still their jazz experiences can be noticed in the songs. We made an interesting interview by branching out into details.

Pombo looks like a group in which everything is carried out as a partnership by the members instead of a group which is formed around a leader. Can you describe the character of the group?

Gus: Pombo is a group that doesn’t really need a leader. It feels like Pombo is a creature by its own that we collectively choose to gather around to get inspiration and nutrition from. We sometimes take turns though to be in the middle and give suggestions of how to create new amazing stuff. That is more like a bubbling, playful feeling of sharing ideas than an attempt to lead the whole group into a certain direction.

Each song sounds like a tale or an experience and you are like the story tellers. It is not only the lyrics of the songs that tell the stories; mimics, sounds and even pauses. What is the background of these theatrical performances?

Felicia: When I write a song for POMBO I just bring a skeleton for the rehearsal, a fragile skeleton. After a couple of rehearsals and performances POMBO has given the song blood, flesh and soul. I have always wanted to make a film, but I ended up playing the piano and composing music, but I’m still trying to make films. And that is probably the background to our theatrical performances. We use the music to create an atmosphere, and also the music has a very strong power itself that makes us react, and yes sometimes the reactions are theatrical.

Gus: In the beginning, the members of POMBO were all part of a theater piece. We were wearing masks and could express ourselves without any limits. When we later started the band, the spirit of that strong expression remained.

Felicia: First of all it is the music itself. Second our passion to get out and play it for the people, to share our stories and see how people react. But there are also the strong relations within the band. We often say that we are family, people often regard POMBO as a family.

Gus: A friend commented a concert “I get the feeling that you guys do everything together! I bet you even go to the toilet together?!?”

What ideal do you flag in the new generation?

Gus: I feel that the aesthetics in today’s media is very often controlled and structured to fit into the “mainstream society” based on a capitalistic system. We want to flag for spontaneous pure and natural expression.

I hear the regularity of irregularity in your sound just as it is in futurist poetry. I all hear a humorous seriousness in your music. Do I hear right?

Felicia: Yes it is correct. We play, like children play. That means that you enter a special focus, a room of its own. In that room everything is possible and nothing is forbidden. It is a room where you also meditate your experiences. It can be your recent experiences from society, or small glimpses from your childhood or just a reaction on what you wished that you asked the old woman sitting next to you on the train that morning. 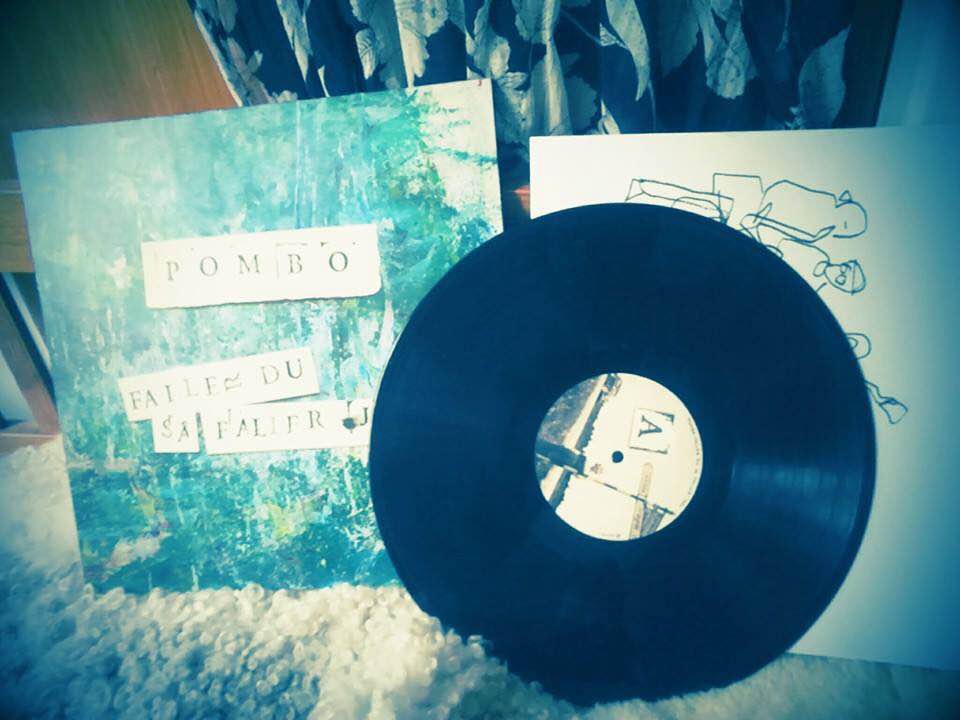 Your music is categorized under a different type of music in each source we get information about you. Is this also your sense of humor?

Felicia: Yes, that’s true. It tells something about people trying to put everything into boxes. Our music is unique and there is no box for us, but still they have to analyze it I guess.

Gus: It is very satisfying to read reviews on POMBO. Especially when the writer has noticed that the music is something else, something that is hard to categorize.

I’d like to know about your plans; texts, sounds, tales, concerts…and so on

We released our single “Lampedusa” in January. We had a releaseparty then and will be throwing another party with this single in Stockholm this September. We are donating the money we collect from these parties to the organization “Ingen Människa är Illegal” (No human being is illegal) to give our support to the people fleeing from difficult conditions in other parts of the world.

PS.: Lampedusa is the largest of the Italian Pelagie Islands in the Mediterranean and is an island of hope for migrants although so many PEOPLE have lost their lives on the way to this island.

We’ve been recently working on a concept about bruises –‘blåmärken’ in Swedish. This contemplation is resulting in our new album “Blåmärken” which will be released in CD, vinyl – we go digital as well – on 24 September in Stockholm with an epic tour in Sweden.

On our journey with this 3rd record we have also had the honour to work closely in collaboration with some amazing people; the Swedish artist Andreas Eriksson whose work has been seen in all artwork and artistic ideas in the album, Austrich experimental musician Christof Kurzmann that appear on some of the tracks – listen to Lampedusa at pombo.se. Our last single Lampedusa is also the soundtract for our upcoming documentary/musicvideo about a boy that come here to Sweden all the way from Afghanistan after his parents were killed there. He’s an excellent drawer and so his story will be told with his drawings and stop-motion.

And our next ambition is to work on a children’s album with a touch of 70s progg era.

This part of the interview aim to portray the branching out of the artists who do reflect their intellectual dialogue with other arts and artists.

This second part, called “Branching out”, will be our lens to your music. Can you describe us your experience of branching out a little by giving us some hints about what nourishes your music-musicians, albums, music movements, philosophies etc.?