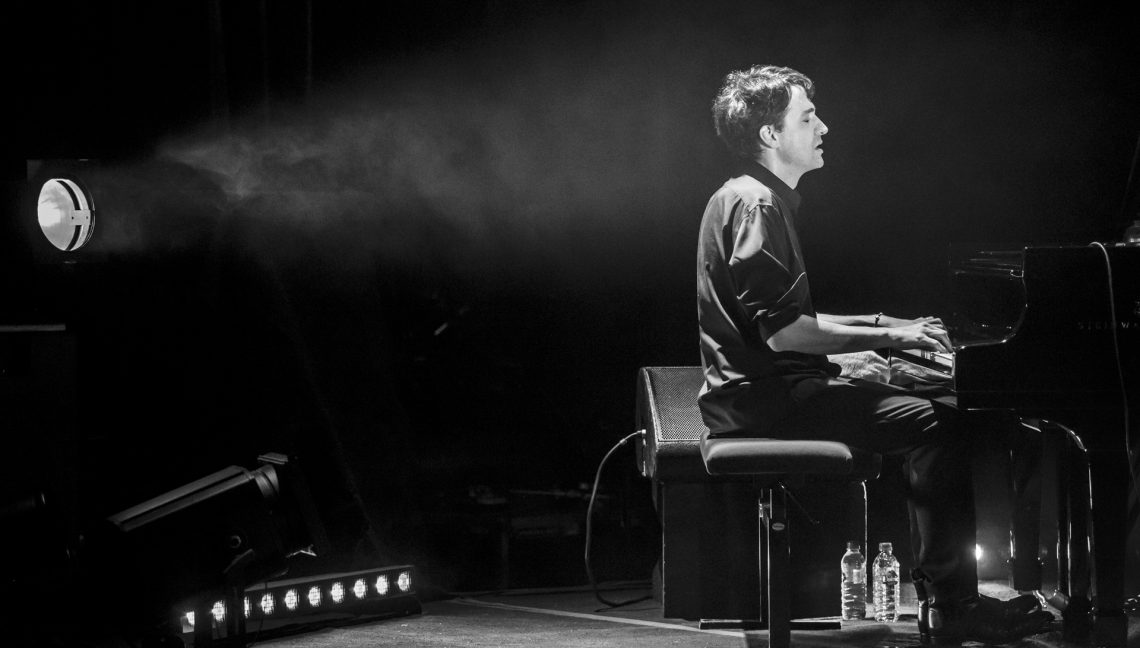 Pianist Maurice Vander passed away a few months ago. Born in 1929, the musician started his music career with Django Reinhardt in the 1950s. Those years were especially important for Paris, which became the to-go city for American jazz musicians. Vader accompanied Don Byas, and then recorded with Chet Baker and Stan Getz. He was playing in Claude Nougaro’s orchestra with double bass player Pierre Michelot in the 1960s. Vander worked on the orchestration of the unforgettable score of the movie classic “Un Homme Une Femme” and was the musical director of some other films. He was one of the building blocks of French jazz.

I went to Prague for a couple of days in March. I prepared a list of jazz clubs with the information I gathered beforehand. I was at Agharta Jazz Club in the evening of the 25th of March. As I also observed in other clubs, there is a big interest in jazz and it is hard to find space in the clubs. Frantisek Kop Quartet was playing that evening. Kop, who played the tenor and soprano saxophones, was an important musician from old Czechoslovakia in the 1980s. Back then, jazz was performed secretly due to the Russian influence. He plays with Emil Vyklicy’s band for many years, and then moves onto playing with his own quartet in 1995. He is invited to the Prague Spring Festival the same year. The band’s repertoire still consists of original compositions that thematically follow one another. I personally really enjoyed Kop’s soprano saxophone tone. The second stop was Prague’s oldest jazz club, Redouta. It has an international fame. It is known for ex-president Bill Clinton’s participation in one of its many jam sessions. The audience of the Spring Festival, in which many famous foreign musicians participate, is huge. Elena Shonshine quartet presented a special program for Ella Fitzgerald’s 100th birthday on the 27th of March. Ungelt Jazz &Blues Club, U Stare Pani, which had to halt their program probably due to the ongoing restoration, Jazz Boat on the Vitava River and Jazz Doc, which hadn’t yet began their seasonal program. I looked into these clubs’ history. They hosted many foreign musicians. Jazz is performed in many of the established hotels. And the streets… The jazz performed in centers and squares is especially beautiful. I wouldn’t have guessed that there was such an interest. My advice to those who plan to go is to reserve their seats… Shortly put, Prague is a contender for the jazz throne alongside the big cities. 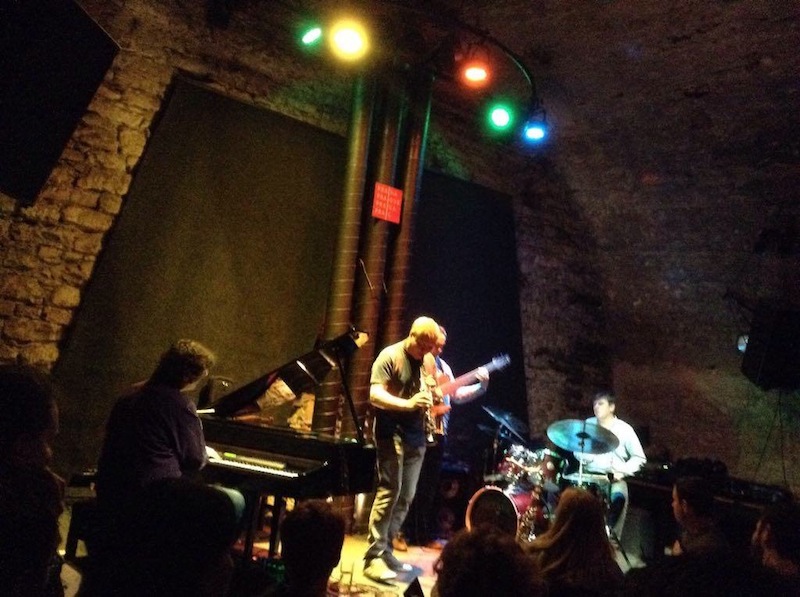 Philippe Baden Powell presented his new album “Notes Over Poetry” at Sunset on the 8th of April. Philippe is famous Brazilian guitarist Baden Powell’s son. Drummer André Ceccarelli and David Linx were the guests of the band, and pianist Philippe Baden Powell was accompanied by Olivier Gay on the trumpet, Amir Mahla on the tenor saxophone and Felipe Cabrera on the double bass. Philippe has a rich musical culture background. He is a musician who can gather different feelings together due to this accumulation and bring them to life. His latest album is a intersection between Paris-Rio, jazz and samba. There is a depth and delicate nuances behind the rememberable melodies. Another interesting point about the album is that musicians who are from different generations and cultures have come together in it.

I listened to the vocalist Donna Lorraine for the first time on the 11th of April at Sunset Jazz Club during Ella Fitzgerald’s 100th birthday celebration. She was accompanied by Alain Jean Marie on the piano, Nicolas Sabato on the double bass and guitarist Jean Luc Roumier, whom I invited to Turkey many years ago. Donna, who is known for her traditional jazz vocal style, is an American expat who has lived in Paris since 2000.

I like Paris Saint Germain Jazz Festival because of its different and innovative concepts they have adapted in the past years. This year they provide opportunities to young talents and take them to kindergartens, high schools and even prisons. The headliner of the festival, which took place between 11-22 May, was pianist Baptiste Trotignon. The program includes interviews every day in addition to the concerts in different venues. For example, vocalist Anne Ducros performed in Montaigne High School, Clotilde Rulland performed in a kindergarten, Hervé Sand and Kicca gave a duo soul music concert in Versailles Women’s Prison, and they all then proceeded to chatting with the audience about jazz.

Trumpet player Airelle Besson gave a concert on the 11th of May. Besson is an incredible talented musician. She plays the violin in addition to the trumpet, and is an orchestra conductor and composer. She was named the best jazz musician in 2015. She was awarded once again by Victoire de Jazz in 2016. She was accompanied by Vincent Ségal on the cello and Lionel Suarez on the accordion. This was the first time I listened to these three instruments together. 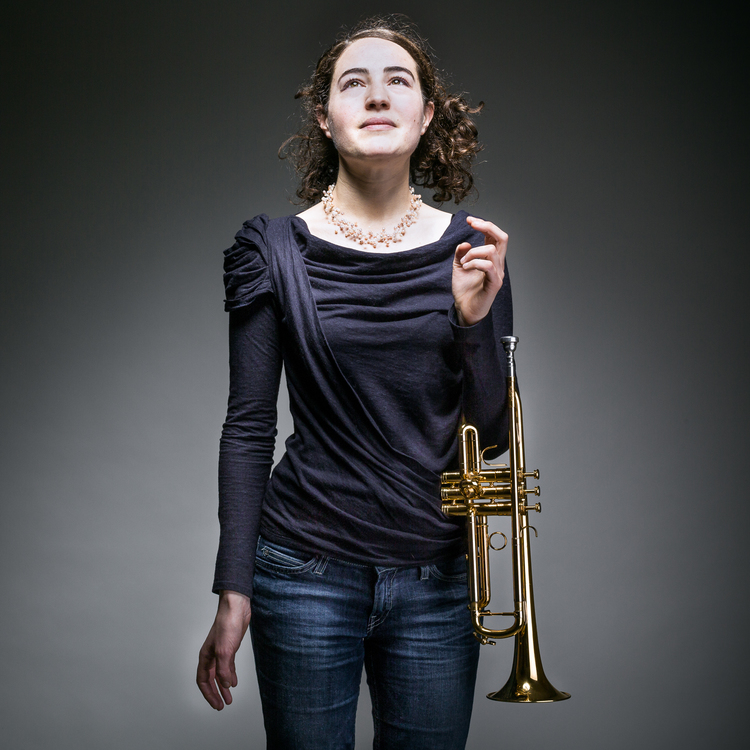 The next concert was Baptiste Trotignon’s solo performance. La Nuit de Jazz took place in the church in a very befitting fashion to the history of Saint-Germain-des-Prés. Trotignon is one of the most talented pianists of our time and I have been following him for many years. He received Django Reinhardt, Martial Solal, Victoire du Jazz and Victoire de la Musique awards during his career of 20 years. He has worked with musicians such as Brad Mehldau,Tom Harrell and Mark Turner. Trotignon has been influenced by classical music and is on the way of becoming a virtuoso with his interpretations. The first of his “Naive” albums that he released in 2003 and 2005 consisted solely of his own compositions. The second one consisted of Django Reinhardt standards. We listened to his own compositions during the concert on the 12th of May.

The last concerts I attended to in Paris on the 19th of May was Sarah Lancman quartet’s. Vocalist Sarah was accompanied by talented Giovanni Mirabassi on the piano, Laurent Vernerey on the double bass, Stéphane Huchard on the drums and Toku on the vocals and trumpet as a special guest. Sarah was introduced by Quincy Jones during Montreux Jazz Festival in 2012 and won an award. Her 2016 album “Inspiring Love”, recorded in New York, attracted a lot of attention. This was a special evening for me; I listened to the Japanese trumpet player and vocalist Toku for the first time and enjoyed Giovanni Mirabassi’s rhythmic band. 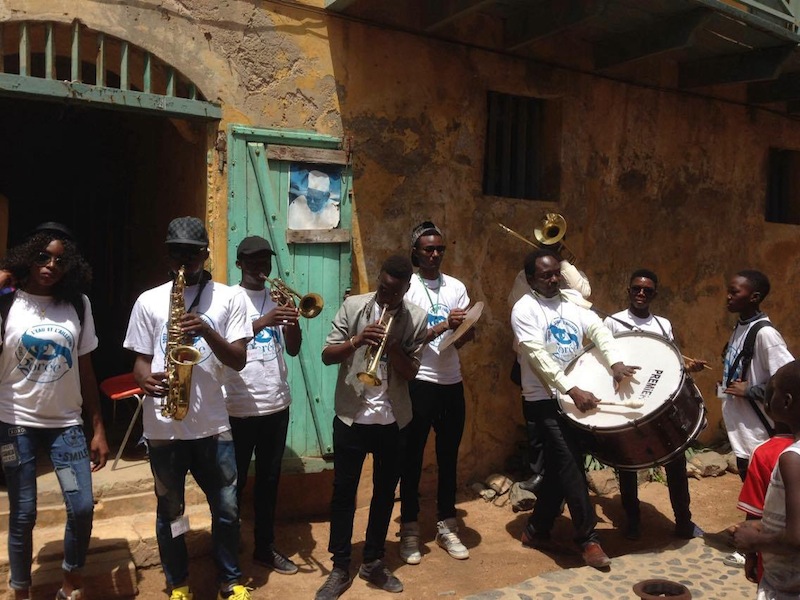 I was in Segenal’s capital city Dakar between 23 April-7 May. Senegal St. Louis Jazz Festival is an old and established festival. It was cancelled in 2016 due to security concerns. This year they tightened the security and took great precautions. I have always been interested in this festival, and the host country has a lot to do with my interest. It is an African corner, filled with tolerant and warm people. I opted to stay in Dakar. I listened to an incredible band which consisted of nameless soldiers (!) on the streets of Gorée Island, located near Dakar, on 30th of April/International Jazz Day. I was introduced to a French citizen, the founder of Cunimb Productions who has moved to Dakar 20 years ago who has been organizing concerts there. He is devoted to jazz just like us. We are planning some projects together.

A journey to Kuşadası is inevitable for me. “Jazz in the Aegean Region” will continue at 7 Bilgeler…