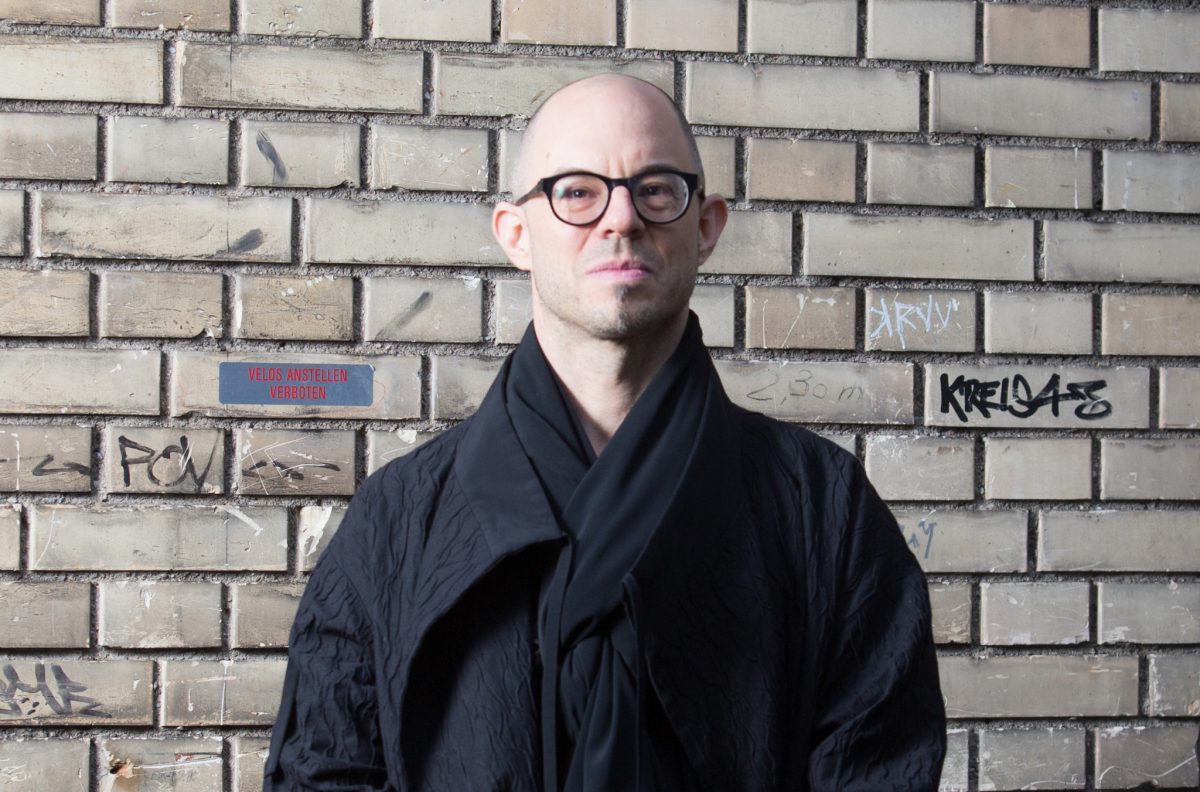 “My thinking and music are based on the tradition of urban space. They are not distilled from a national or stylistic tradition but from the universal sound of cities. The city in its roaring diversity requires an ability to focus and concentrate on the essential: to measure one’s actions, to remain silent at the right place. This music draws its energy from the tension between compositional precision and the self-circumvention of improvisation. From self-implied restriction stems freedom. Ecstasy through asceticism.”.

We can formulate Nik Bärtsch and his band Ronin’s music as such: Ritual Groove Music + Minimalist Spiritualism = Zen-Funk.

Creating the maximum effect with minimal material… It is important to have less musical material. Modules, songs, they all start with this tiny elements. They travel together on a path that is paved with minimalist textures and music takes on a ritualistic atmosphere with these minimalist repetitions. In his own words, Nik Bärtsch works on the modules and compositions like a growing plant. It is challenging but enjoyable for Nik Bärtsch to work with the minimum number of elements, adding various ideas to them as he goes along.

“To lessen their number and find their potential, finding the cycles of a certain pattern and to see if this rhythm can transform into a being or a harmonic structure and then see where this development can go and what it can offer, to watch it grow; this is an incredible experience for bands who play and improvize on this” Nik Bärtsch says. Therefore, a piece they have been playing for 15 years still can show development and this becomes a wonderful experience for those who get to listen to it during the concerts. 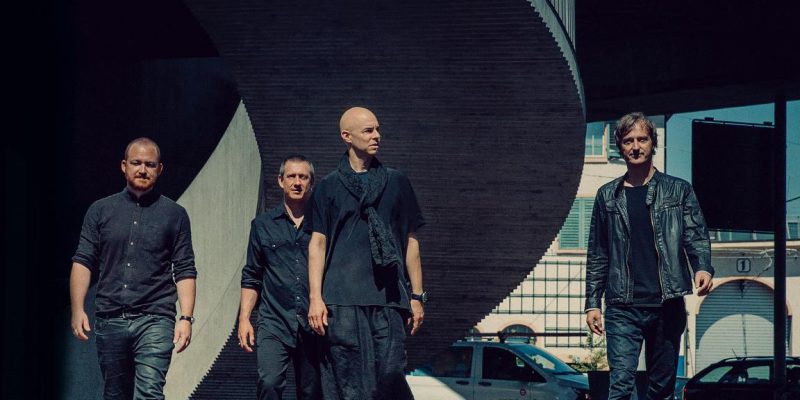 Nik Bärtsch has been training in martial arts with a special focus on aikido for a long time. This spiritual inclination might be why he calls his music zen-funk. “It is important to regularly keep the mind and soul in good condition through physical exercise” according to Nik Bärtsch. Positiveness and positive intention is important for him in this aspect.

He mentions that he wants to achieve a spiritual trance state in his music; but what he means with this isn’t an ecstasy that comes from psychadelic drugs or opiates, it is about developing a musical approach to capture its essence… He focuses on spiritual development while playing his numbered compositions called “Module” with his band and he seems to be searching for a way to bring music together with “the life force”. Instead of naming his music in a way to push his listeners towards a certain term, he finds it better to call his compositions with numbered modules. These modules become meditative just like mantras through repetitive rhythms as they are listened. Bärtsch’s hypnotic piano motives, the groovy sound of the bass as it accompanies Rast’s strong drum touches and Sha’s melodic initiatives all embellish the pieces, which develop in time to invite us to a spiritual experience. I am not exaggerating when I say that. It might not be what is called traditional jazz but Zen-Funk is an original genre in itself, whose execution is nothing short of perfect. Some hear a Satie-esque melancholy and gauche sterile melodies in his music while some hear a unique style that is between Steve Reich and Prince. It is a unique genre that combines jazz, minimalism, funk and rock.

Nik Bärtsch says “Aikido is a martial art that is both offensive and defensive. Achieving this state of rhythm and harmony requires being awake. It is about being in the moment.” and he puts an aggressive rhythm together with a meditative state to portray the internal conflicts of the term while knitting his module like crochet. Bärtsch first writes a core. Then the other band members play with this core during their rehearsals and start playing it live every week at (usually the same one) the club live. When the band sound is solid, they go into live recording and therefore making the piece a ‘module’ ready for the album.

Nik Bärtsch, born in Sweden in 1971, showed interest in the drums at an early age and learnt how to play them. He got interested in the piano when he was 9 years old and started to take lessons from a Berklee graduate. His teacher would make him listen to Chick Corea as well. He met Kaspar Rast, his current drummer, around these ages. They played in an experimental band at the school together. Chick Corea influenced him a lot. Therefore; he started to find inspiration in fusion, funk and Brazilian music and went on to learn classical music when he was 16 years old. He enrolled in Musikhochschule und Konservatorium in Zurich when he was 20 years to study classical music. He got interested in groove and minimalism during his education; he was influenced by ; Steve Reich, Feldman, Bartók, Stravinsky, Coleman and Japanese ritual music and its aesthetics. He was good at imitating the things he listened to but wanted to find his own music and improve it. He met Don Li (Don Pfäfflis) around this time and started to work with him and attend his etudes. He met bassist Björn Meyer, with whom he worked for a long time, here. 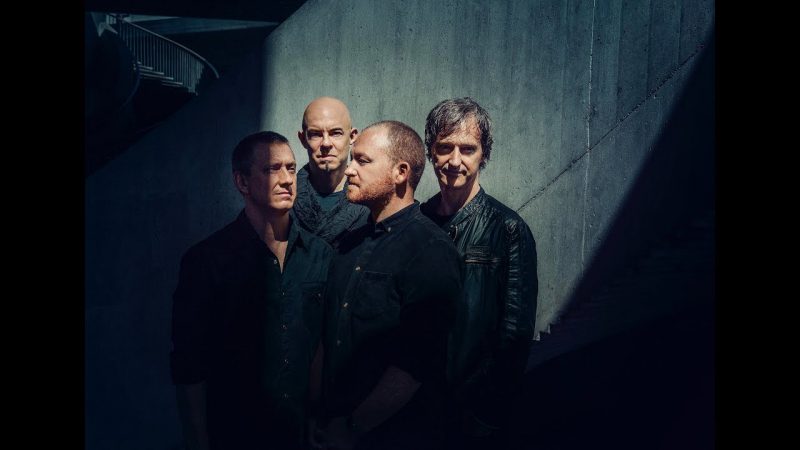 “Music is a form of energy. I don’t know what it is. It is a mystery. It is also the greatest gift for me as a conscious being…” says Bärtsch. He had already founded his band Mobile as he graduated from Zürih Musikhochschule in 1997. He continued to work with Don Li as he studied linguistics, musicology and philosophy at Zurich University in 1998. He founded his band Ronin upon his graduation in 2001. Ronin was a type of samurai that didn’t serve a feudal lord in Japan. Ronin means lone warrior. He either joins another samurai or a clan to receive respect or stays free as a lone warrior and fights alone.

“Ronin is something that is always in development. It isn’t just a band but an idea, a concept, a way to work together. Every member knows this so well that things could happen to renew a piece from the start during the live performances.”

Bärtsch stayed at a Zen Buddhist monastery in Kyoto, Japan, for 6 months in 2003. He mentions that he spent time playing percussion and meditating upon auditory landscapes.

2006 was a turning point for Bärtsch and his band. They signed with ECM, a label company based in Munich that holds the heart of contemporary jazz, classical and ethnic musics. Therefore Nik Bärtsch strengthened his profile considerably and started to gain his place in the international jazz scene. He says these about ECM and Manfred Eicher: “I knew this man has a lot of experience. He knows a lot about sound, resonances and how things can and could happen in music. He’s very dedicated to what he does. When we started to work with him, it was important for us that this new experience challenged us on a new level. We went in very prepared when we arrived at the studio, but I didn’t know what would happen. It could have gone in any direction, but we wanted to try it out and risk something to see what would happen to us as a band. Manfred is a strong personality. When we went into the studio with Manfred, it was a very inspiring experience, particularly as a pianist. I learned so much about piano sounds and piano playing from him. I didn’t hear some things previously. When I was with him in the studio, he helped me understand some combinations of overtones and provided insight into the development of piano notes. He explained what happens to a note itself as you’re playing it. Manfred is also an expert in creating albums that have a certain dramaturgy. When he’d listen to the tracks, he’d often immediately and intuitively find the weaknesses of a track. He’d comment on where it hangs or where something should change. ECM has a great network and a high consciousness in terms of the relationship between music, literature, aesthetics, and visual arts. ECM respects people who are seriously interested in music”. 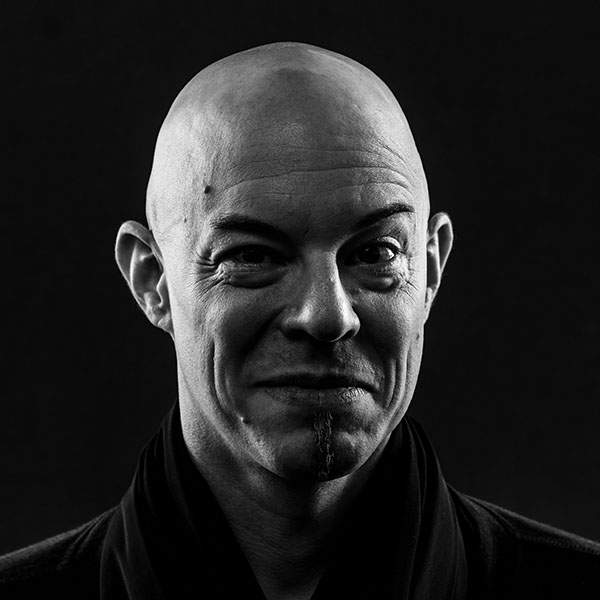 Now, about whether Don Li had any effect on Nik Bärtsch’s music–which I believe he does. However, Bärtsch never mentions this in any of his interviews or statements. I accept Bärtsch’s music is unique but I also think Don Li was the first person to execute this idea.

Don Li founded a musical formation called TONUS-MUSIC in Bern, Sweden, in 1993 (Don Li continues this conceptual musical perspective with the name Orbital Garden in Sweden with like-minded musicians around him). Nik Bärtsch started to work with Don Li during the development stage of this formation and naturally adopted the Tonus-Music concept and then developed it. TONUS-MUSIC is based on the concepts of reducing musical and compositional elements and focusing on repetition. Tonus-Music aims to bring together different musical metrics with different rhythmic structures; therefore connecting and balancing them. It can be summarized as the combination of groovy and minimalist musics.

Don Li released his first album with this concept “Suun” in 1997 under the name Don Pfäfflis Tonus through Brambus Records. He is accompanied by Nik Bärtsch on the piano and Björn Meyer on the bass. He then founded his own recording label Tonus-Music Records and released his second album “Gen” in 1999, accompanied by the very same musicians. Nik Bärtsch’s solo and first Ronin albums were released by Tonus-Music Records (Don Li continues to perform live at Orbital Garden’s venue and focuses on interesting concepts like sleep music instead of making new albums. He likes to stay avant-garde, underground and mariginal).