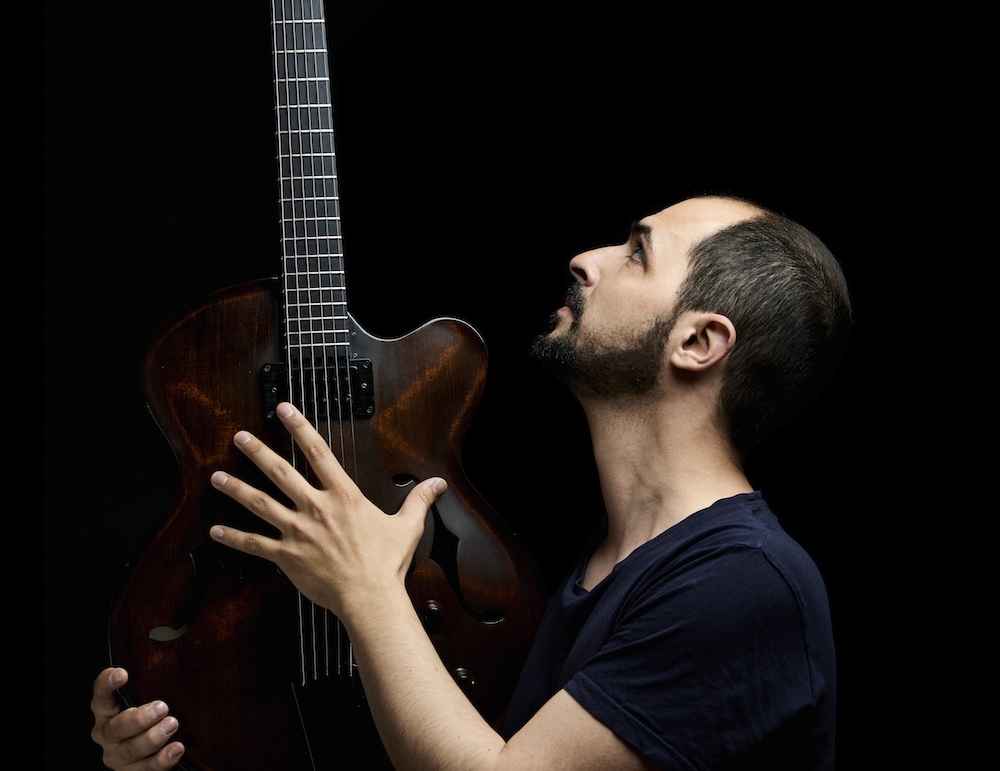 Romain Pilon, contemporary French jazz guitarist released his latest album “Copper” a few months ago. This is his 4th as a leader after “NY3” released in 2011, “Colorfield” in 2013 and “The Magic Eye” in 2015.

As most of the guitarists who started with rock&blues, Pilon also started with the influences of AC/DC and Guns and Roses then was infected with the jazz virus when he was 15 years old. Born in France, he studied at Berklee College of Music then moved to New York for a while. Now, still residing in Paris, Romain Pilon is touring, recording and teaching workshops around the world. In his albums, most of the compositions belong to the guitarist. His previous albums were mostly with a more acoustic sound but on this one; with rhodes, synths, effects, rock and fusion influences, a fresh and different than his usual sound is aimed. Being one of my favorite modern guitar players; always far from unnecessary chatters, Romain Pilon’s music forms an elegant combination of the contemporary jazz harmonies with a beautiful, clean tone. Other than his beautiful music, you can follow him on youtube from his “Romain Pilon Mini Lessons”; a series of short and highly educative jazz guitar lessons where he talks and demonstrates different subjects about jazz in each lesson. Big respect and gratitude for all the people who share their knowledge! 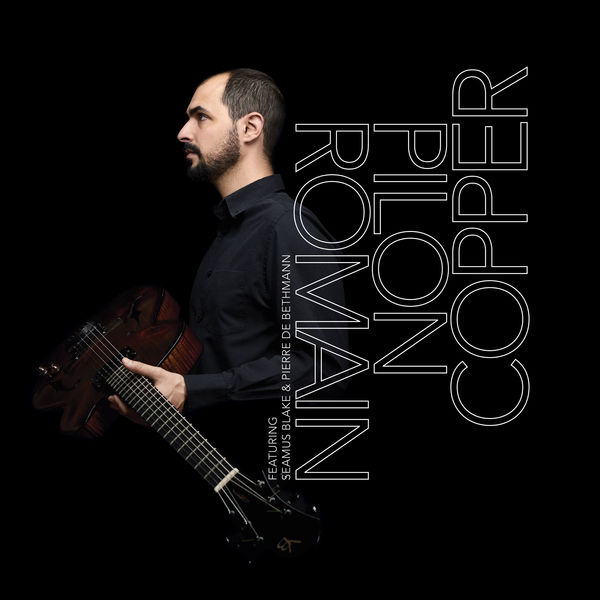 Q- Your previous albums were more acoustic in terms of sound, till now. How did you decide to move in a more electric area with synths? I knew I wanted to try something different for this one, I also wanted, in a way, to pay tribute to what I was listening to growing up as a teen. I knew that my friend Tony Paeleman was now playing both synth bass and Rhodes on some gigs and I liked the idea of writing around that. And some of those synths sounds really come from my love for Weather Report, or Herbie’s Head Hunters. Those early synth have an organic quality that I  still find very hip.

Probably trio. I really enjoy the possibilities of space, freedom, the fact that you’re somewhere in between a horn player and a piano player. I also believe the history of the guitar/drums/bass is relatively fresh compared to piano trio for example. In recent years some players like Lage Lund or Gilad Hekselman have really pushed the limits and I find that very exciting – still lots of paths to explore.

Q- How is your composing process?

Part of it is really spontaneous, like I might get 8 bars down easily but then the rest is really laborious..! I try to get some kind of routine : I dedicate some time to writing every day, until it’s done. Usually when I compose for a new record , I listen to a lot of music, to steal (!) ideas about forms, check how ideas are developed, instrumentation etc. I also need to have the musicians booked for the session to write music, with their sound in mind it makes it more concrete.

Q- How did you decide to play more electronic than your other more acoustic albums? How was the process? These past few years I played as a sideman in a few bands where a « pure jazz » sound, straight in the amp or just a reverb, would not have worked. So I started buying pedals every now and then, to fit in the sound of the groups, try stuffs, and I eventually started to enjoy it more and more. I was always a bit reluctant playing with distortion or more, mostly because Kurt Rosenwinkel sounds so good at it, but recently I figured that since I was having fun doing it….why not do it more ! 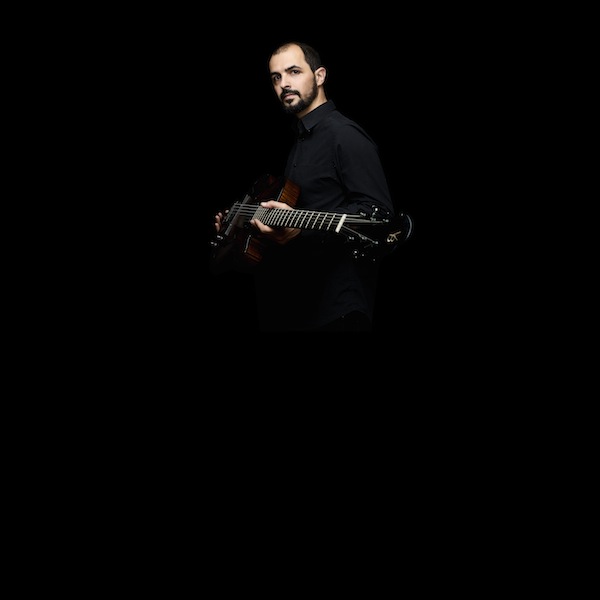 Q- Who are the musicians you’d like to record or play with now?

I hope to be able to have Mark Turner on a recording session someday, I have been a fan for 20 years and he may be my favorite musician right now. The organist Sam Yahel is also a musician I hope to play with someday, but this might actually happen next year. I also really love Matt Penman’s playing and if I would have to choose a drummer: maybe Brian Blade !

Q- What are your gears&setup?

I play on a old polytone and a Victor Baker guitar which I actually bought used to a friend of mine. With strings I often try new brand but I’ve stick with Thomastik for a while now, 13 or 12’. Jazz III ultex for picks, but again, like with strings, I’m always experimenting with different brands. Regarding effects, Strymon and Earthquaker devices are some of my favorites.

Q- You are from a country which has a strong musical heritage like Michel Legrand, Serge Gainsbourg, Debussy, etc.. You have lots of musicals, the French “chansons”, the French nouvelle vague cinema, impressionism in painting in music in art.. Is there an advantage or any kind of effect of being a French musician in your jazz playing?

I believe there is an effect yes. At one point I was really into impressionism, and being in Paris probably makes it easy with all those museums…I guess you can easily draw a line between music and paintings. The use of textures, forms, colors, abstraction or not… Regarding the great french composers, as many other musicians, Ravel, Debussy, Fauré, Satie are some of my favorites.Their music is an endless source of inspiration. 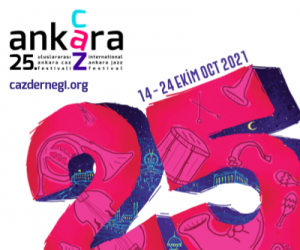 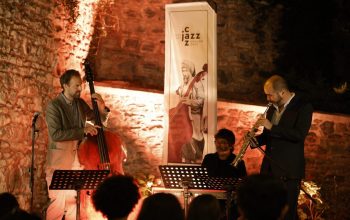 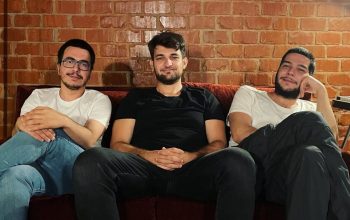 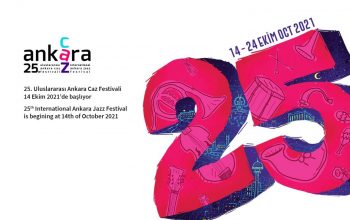 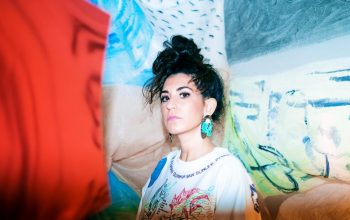 Jazz State of the City Once Again 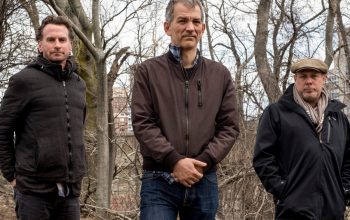