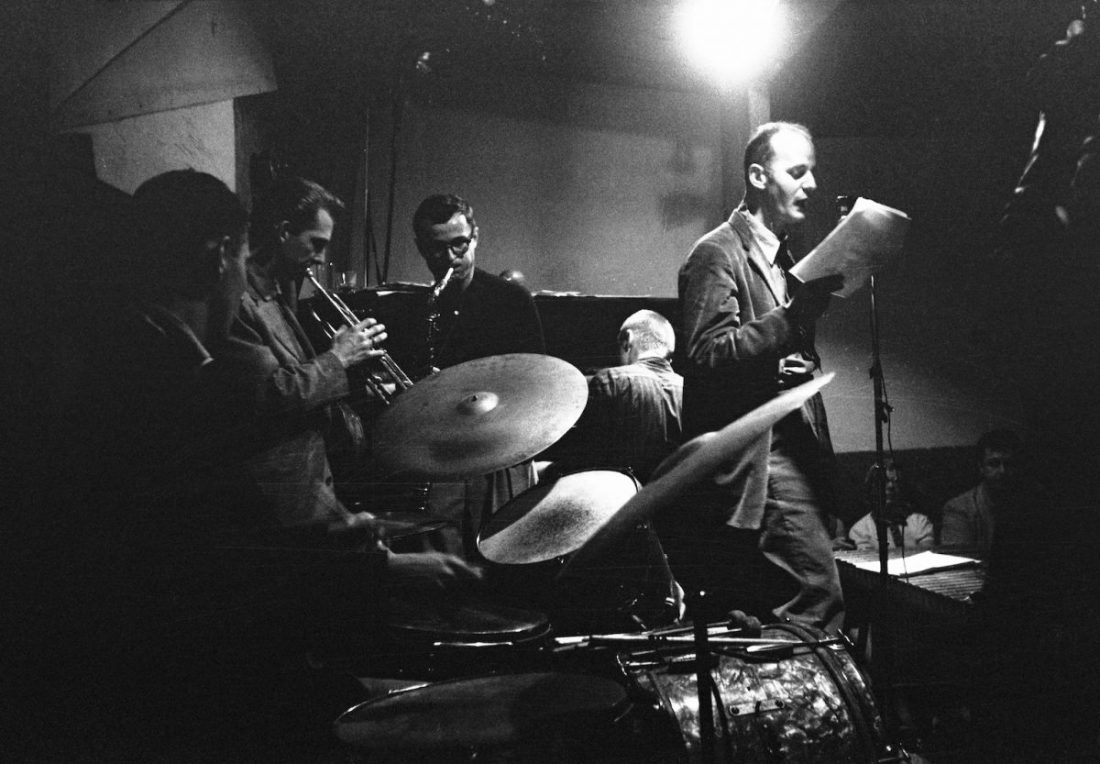 In the universal world of arts, we can find some of the best examples of the relationship between literature and music in poetry and jazz. The poems written with inspiration from the talent and attractive souls of jazz musicians are as prominent as jazz songs composed with inspiration from poems.

We will read and listen to jazz pieces composed from poems, poems written with the inspiration of jazz musicians and get to know the jazz legends who served as muses for creative souls and poets they read in this article series.

Unfortunately, Turkish jazz musicians did not pay much attention to local and universal poetry archive even though this serves as a unique treasure for avant-garde jazz pieces as well as beautiful jazz ballads.

In addition to the work done by the young pianist Yiğit Özatalay’s band “Yürüyen Merdiven”, pianist Tayfun Erdem is also known for his work on Nazım Hikmet Ran’s poems and Tamer Temel wrote a piece on a poem by Ece Ayhan…

Let’s see how much we can learn from this series in which we will focus on the works of musicians and poets in depth, ask them questions and try to understand their music and poetry.

I wish to focus on “Jazz and Poetry Festivals” which serve as a perfect example to this unity instead of introducing musicians or poets in this first installment of this series, initially published in the poetry magazine called “Caz Kedisi” (http://www.cazkedisi.com.tr/), based in Izmir.

Events like “Jazz Poetry Festival” and “Poetry and Jazz Festival” are both organized as side activities in jazz festivals and as stand-alone festivals in themselves.

The performances usually include poetry reading in front of local or famous jazz musicians. The orchestras can be trios or quartets as well as big bands. Sometimes the poet and the jazz musician share the stage in the format of a duo.

An interesting aspect of such international organizations to which poets are invited is that the poems are usually read in their native languages. As can be seen in many YouTube videos, for example, a Ukranian lady can read a poem in her own language (one maybe nobody understands) while a big band accompanies her in the background.

These festivals, which attract attention especially in the States as well as in Europe, welcome poets who define themselves as “feminist, beat, political” as well as poets who write poems for jazz and jazz musicians with an interest in music.

You can find one of the most important examples to these poets Ishmael Reed’s famous poem called “When I die I will go to jazz” read in front of a jazz quartet in his YouTube channel.

Ishmael Reed summarizes his love for jazz as “Jazz gave me many things, maybe I can give some of that back” and his poems, mostly involving satire, mainly focus on political and cultural pressure of America.

This poem which starts with the lines “As Ted would say / Let them go to Heaven / Or let them go to Hell / When I die I want to go to Jazz / …” and continue with “When I die I will go to jazz” tells of a mini jazz history. This poem, which tells of cult names of jazz like Mingus, Sun Ra, Ella Fitzgerald and Miles Davis respectfully and lovingly, suits being accompanied by a jazz orchestra.

“Jazz Festivals that involve poetry have been organized for 15 years…”

“Jazz Poetry Month” celebrates its 15th anniversary this year and is possibly one of the most important poem/jazz festivals… (https://www.alphabetcity.org/jazz-poetry-month/)

The festival, which brings together twenty masters of jazz and literature from thirteen countries during the month of September, has a format that focuses on the collaboration between artists. This festival started with a single concert in 2005 and evolved into a platform known worldwide while bringing music and live performances together.

The business of the festival’s program can be noticed right away… The festival started with the performance of Iranian singer and human rights activist Mahsa Vahdat and Iranian-American playwright Sholeh Wolpé on the evening of the 7th of September. It continued with “The Possible 4”, which consists of Jure Pukl (saxophone), Vladimir Kostadinovic (drums), Marko Churnchetz (piano), and Harish Raghavan (double bass), accompanying various poets in their performances.

“SFJAZZ” in San Francisco, described as “One of the biggest jazz concert halls in the world” by The Guardian, hosted a five-day organization called “SFJAZZ POETRY FESTIVAL” in April this year. (https://www.sfjazz.org/tickets/productions/poetry-festival-one/)

“Examples of poetry/jazz in Turkey…”

It gives hope for the future to see individual organizations taking place, even though examples of such programs are not included in the festivals yet. It is necessary to remember the collborative works of Halim Yazıcı, the founder of Caz Kedisi and one of the most prominent poets in the country who writes poems about jazz and jazz musicians, and vocalist/percussionist Senem Diyici, who is not only known in Turkey but also in France.

It is important to remember actor and speaker Selçuk Yöntem’s jazz and poetry album, directed by Aykut Gürel, which includes the works of Borges, Neruda, Özdemir Asaf and Nazım Hikmet among others. This album was presented to the lovers of music and poetry both in Turkey and abroad and in addition to Aykut Gürel, it also features master jazz musicians of younger generations such as Cem Tuncer, Ercüment Orkut, Siney Yılmaz and Ediz Hafızoğlu. It can be considered one of the best examples of the collaboration of poetry and jazz done in Turkey.

We also see prominent jazz guitarist Önder Focan and double bassist Ozan Musluoğlu invited to a special meeting called “Poetry And Jazz” in London around these dates. The evening featured the works of Cahit Külebi, Yahya Kemal, Orhan Veli, Bedri Rahmi Eyüpoğlu and Ümit Yaşar Oğuzcan and Tice Can did the English reading while Dila Vardar, singer and performance artist, did the Turkish one. Önder Focan interpreted unforgettable classical Turkish pieces such as “Rüzgar Kırdı Dalımı, Yıldızların Altında, Hicaz Peşrev” as well as his own compositions called “Boğaz’da” and “Çengelköylü”.

We discussed jazz and poetry meetings in this first installment of the series called “Jazz Musicians Among Poets, Poets among Jazz Musicians”, see you in the next articles which will focus on new albums and poetry to for you to discver…