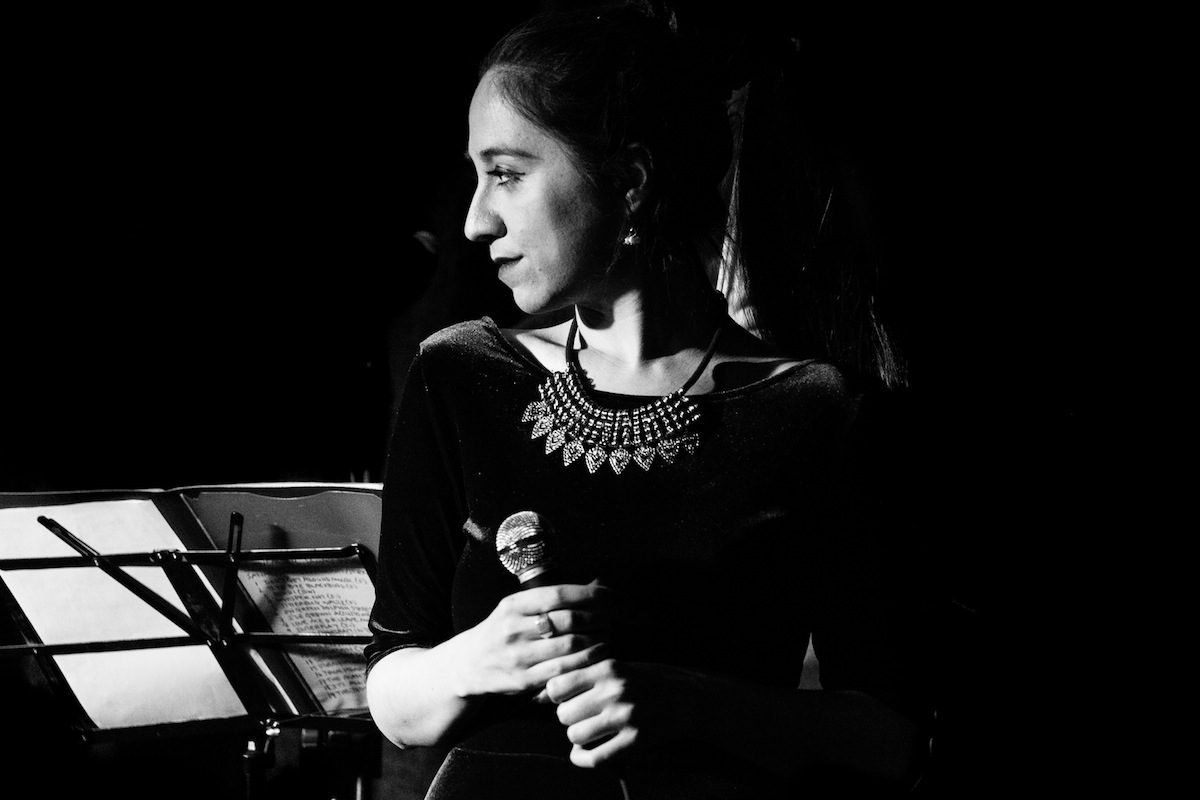 Sanat Deliorman is a young and colourful jazz vocalist. We wouldn’t be far off to call her a “Renaissance Woman”! She is immersed in many different artistic areas all at once; she is a jazz vocalist, music editor, radio programmer, lyrics writers, composer, graphic designer, voiceover artist for advertisements, translator for books and music and arts organizator. She studied Graphic Design at Mimar Sinan Fine Arts University after graduating from Translation and Interpretation department of Boğaziçi University; and her jazz adventure started with “Boğaziçi Jazz Choir”. She studied vocal with Randy Esen and jazz theory with Başak Yavuz. She regularly performs with the band she has founded, “Sanat Deliorman ve Caz Biraderleri”, at jazz clubs. She is currently working on writing lyrics in Turkish for some older songs. Accompanied by pleasant conversation, we presented her with our Blindfold selection of jazz vocalist albums. 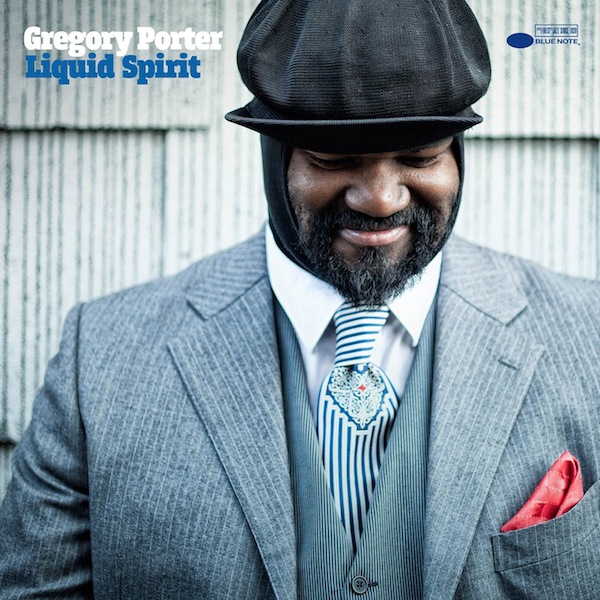 How fun! I feel like this isn’t a recent recording. It sounds like a blues recording from the 1970s or 1980s. We can tell that he is an Afro-American singer from his accent. He has a clean singing style like Gregory Porter but it definitely isn’t him. This is a more crisp voice… The piano surprised me. He played as if he was possessed by Cecil Taylor at first, but then switched to a more conventional style. I think the clapping sound is coming from the singer himself. The humour of piece is built around that. To me, this sounds like an American concert recording instead of a European one. We don’t feel the sterility of the studio. The recording is very clean but it feels like it was recorded as a session. They are like “Let’s do this!” This vocalist isn’t crazy enough, he doesn’t let himself go while singing. He is in control, I keep feeling that control. He wants it to be clean, it sounds like he wants it to sound like a concert recording but done as it was designed to be.

Your observations are actually all true. This is a special live recording of the piece called Liquid Spirit Gregory Porter has performed with his band in a radio studio for his album promotion.

I thought his pronunciation was so similar to Gregory Porter but I wasn’t sure of his voice! I have always felt like he goes through the same dilemma as Duke Ellington did. He is African-American but he feels like a white person. He isn’t necessarily elitist but this style even reflects on his clothing. He has a “Duke” streak! I really like him. I went to his concert, and even met him once! 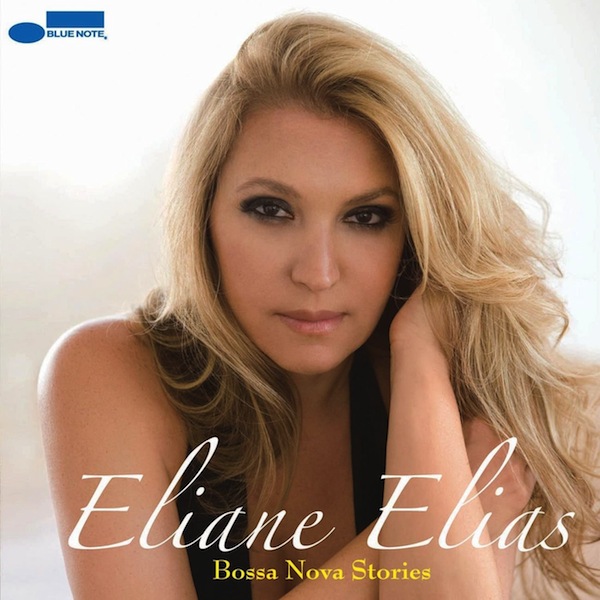 This is Elis Regina’s register, but it’s not her. This recording sounds much more recent. It isn’t a foreigner singing in Portugese; this is a Brazilian singer. There is a Brazilian jazz vocalist called Eliane Elias who plays the piano while singing. I am not entirely sure, because it does sound like a more recent recording. Or it could be a recording that was restored very well. I am not too excited about this music, it didn’t touch my heart. I actually love and frequently perform Chega de Saudade. They played it very flat, they only occasionally delve into solos. It is very tidy, and a good Bossa Nova recording, but I cannot say “Wow, they did that particularly great!” The short piano solo is based only on the A part of the piece and the guitar played as an accompanying instrument only.

Everybody loves this woman but I never could like her. For example, she plays the piano and sings like Diana Krall, I can feel something with her but not with Eliane Elias for some reason. 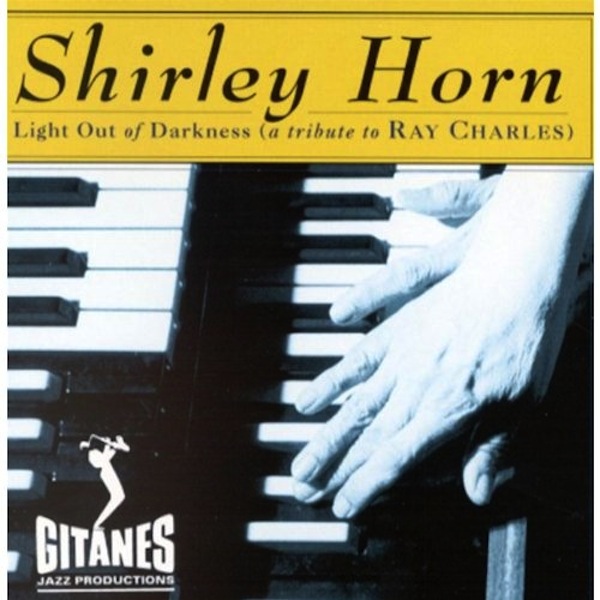 Shirley Horn
Light Out of Darkness (a tribute to RAY CHARLES)

The guitar sounds amazing! Plays like Malone. The way she raises her voice sounds like Carmen McRae, but calmer. I asked Jülide Özçelik for a piece to play for my radio program and she picked one by Carmen McRae. And she said “Just like Müzeyyen Senar; she would grab the slipper and hurl it at your head!” But this singer doesn’t go that high, the vocals could actually go crazy in this piece. She didn’t, she stayed calm, maybe she is so sick of her man that she seems to say “Leave me alone”… She says “I am not going to waste my energy, I am seventy years old and you are eighty, so wash your own socks!” She has a slight lisp, she swallows some consonants. Whoever this singer is, she might be older in age. This lisp might be due to her age instead of her vocal character. Could be something to do with her teeth. I cannot think of anyone like this right now. I liked the saxophone solo but the guitar solo was incredible. It’s not Betty Carter, she has a softer and humming voice. I felt like calling her Tina Turner when she first started singing, but she would go crazy during this piece as well, and her voice is more metallic. This is an African-American voice, I don’t think she is white.

How is this Shirley Horn?! Color me surprised! She usually goes higher and dances there. This didn’t sound like her style at all. I listened to and studied her extensively. I practiced Prelude to A Kiss from her interpretation and I received an award at Nardis Jazz Club with that piece! This is a more recent recording, so the lisp might actually be really due to a tooth problem. I really admired the guitarist, by the way.

I closely know and like this sound! The interaction between the band members are great. It isn’t Ella or Sarah. Not Diana Krall either because the vocals are powerful. Is the harmonica played by Toots Thielemans? The bassist entered with an amazing slide.

The vocals are voluminous and smoky, I know this voice but cannot think of the name. I am thinking of Randy Crawford. The band has been playing together for a long time, the dialogue is incredible. They aren’t using modern language, but are more of the mainstream mentality from older times. For example, Ron Carter could be playing the double bass. I am thinking of Herbia Hancock as well, but I don’t think so. If this was an older recording, I would have said there is a chance that he is Oscar Peterson but it is a newer recording.

I played Joni Mitchell’s Goodbye Pork Pie Hat just the other day! Her voice was higher pitched in that. I calibrated my memory according to how Mitchell sounded in that piece!

Thank you Sanat for this fun Blindfold!