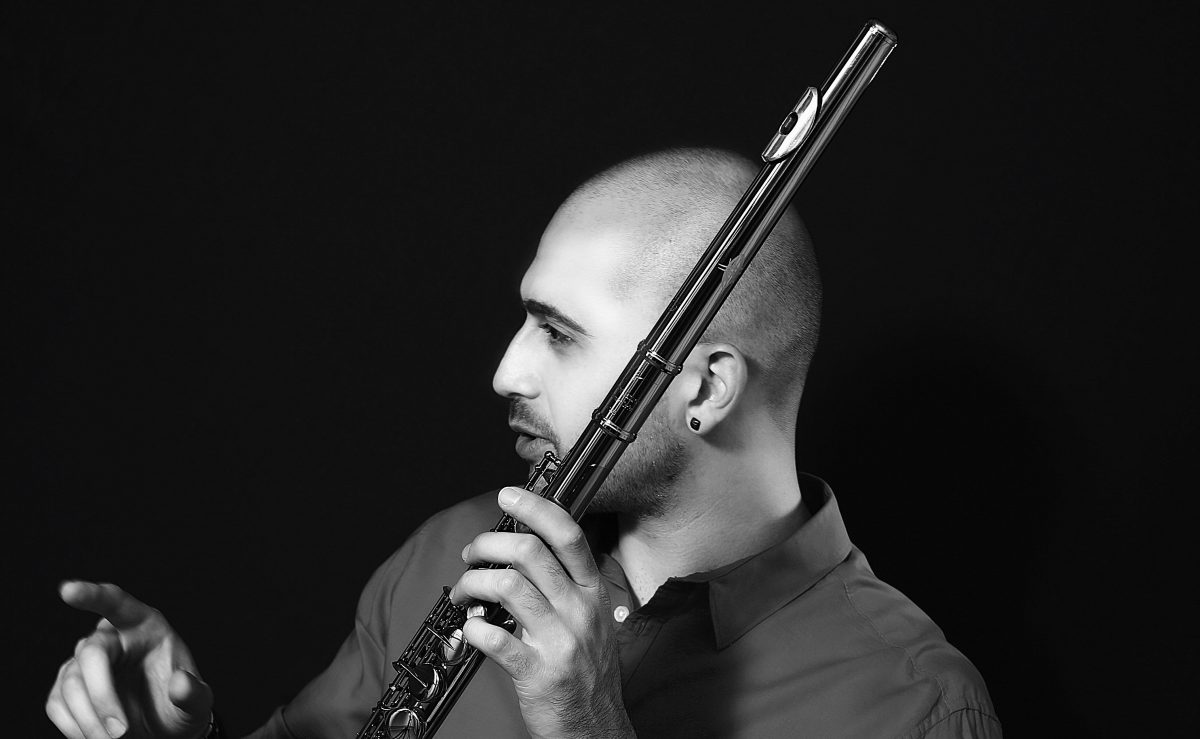 Sarpay “SharpEye” Özçağatay is a private instructor at Berklee as well as an author, performer, clinician, and recording artist.  His self-produced debut album of original compositions, Unexpectable, was released in 2013. It was well received by leading jazz critics and broadcasters in blogs, jazz radio, newspapers, and flute magazines. Özçağatay is an artist at Japanese flute company Miyazawa Flutes and is also endorsed by Applied Microphone and the Ton Kooiman thumb rest company. British flute maker Trevor James created a signature “SharpEye” alto flute for Özçağatay.

As an educator, in addition to his workshops and extensive online presence, Özçağatay serves as jazz chair of the National Flute Association and is a judge at their competitions. He published five flute method books for jazz and classical players entitled Unlock. The Unlock series was recognized quickly by many professional jazz and classical flutists and musicians around the world, and is sold in 36 countries. Özçağatay’s extensive online presence is followed by flute students and professionals worldwide.
Özçağatay has performed countless concerts at prestigious jazz and world music venues, and at music festivals with Grammy Award–winning artists and internationally acclaimed musicians from all over the world. As a recording artist, he has performed on many albums as both a leader and a sideman, as well as being a voting member of the Recording Academy. The artist has been giving international workshops. He has been giving workshops in Istanbul as Keylan Music’s guest.

He has given concerts at Nardis Jazz Club while in Istanbul and Mozart House and Samm’s Bistro in Ankara.

We asked him a few questions; 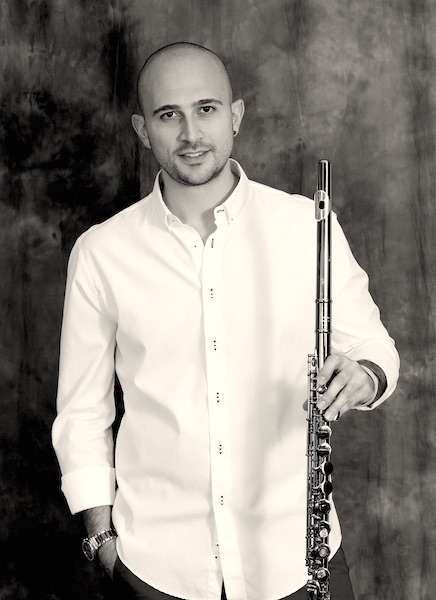 Usually saxophonists play the flute as their secondary instrument but this seems to be different with you?

That’s correct. Those who solely focus on this are only a few in both Berklee and the history of the flute. It is rare for a flutist to give improv classes. I have never played the saxophone. I have solely played the flute for 27 years. I graduated from Hacettepe University’s classical flute department. I decided to study at Berklee due to my interest in improv music. My teacher, Matt Marvuglio, died in 2017, his wife is a musician as well. His office was empty. I have always been in good terms with the school. Bill Pierce, the department head, is a saxophonist and has played with Art Blakey. He called me and said “There isn’t an actual position available but since there is the need for someone to fill it, what would you think?” I accepted and I was back at it just like that. I went back to Boston after living in New York for 6.5 years.

Do you get to play gigs here aside from as an educator?

There are two or three small clubs in Boston. This place is actually rather weak when it comes to jazz. It is tough but I experienced something interesting due to this recently. I knew Cenk Esen through the school. Aydın Esen had a gig at a place called Lillypad. They invited me and we gave a great performance. I still remember this; I played with Arturo Sandoval as well. He always invites me to his concerts when he is in town. There is a place called Salem to the north of Boston. Cabot Theatre there has a big stage, both plays and concerts take place there. Arturo Sandoval and I played there. I met him through the internet 1.5 years ago. He found me on “jamoftheweek”, a website that has 65 thousand members. The admin chooses a composer or a piece every week. Everyone writes one or a couple of choruses for that. He found the ones I wrote and invited me to Blue Note. We first played together like that. He has always supported me. He is such a humble person. He said this when he invited me to the stage “Now I will present you a Turkish flutist. I won’t say much more. You will understand what he is made out of when he gets on the stage and plays”. He even stopped playing the trumpet and moved on to the piano and I played as the leader. I had the opportunity to play with other famous musicians thanks to him. Hadrien Feraud, a French bass player, for example. We always play together when he comes to Los Angeles. I was among the students who graduated the top of their class. This brought me some privileges. Berklee has an orchestra. They always invite me when a famous musician is to play with this orchestra. I played with Ron Carter, Kevin Eubanks, Steve Turre and gitarist David Fiuczynski. There are some musicians I’d really like to play with. I really want to play ‘Spain’ or ‘Crystal Silence’ with Chick Corea and ‘Tell Me A Bed Time Story’ with Herbie Hancock.

National Flute Association in America has more than 1000 contributors. It is one of the biggest foundations in the States. They organize a fair ever year. I am the head of the jazz committee in this association. This position is given for 5 years. They organize competitions. I pick the pieces for these competitions. There are other Turkish flutists in this association as well. For example there is Ayça Çetin. She is a classical flutist and is about to finish her doctorate in Florida. Then there is Nihan Atalay, who is an assistant professor at Mimar Sinan. She specializes in baroque music. 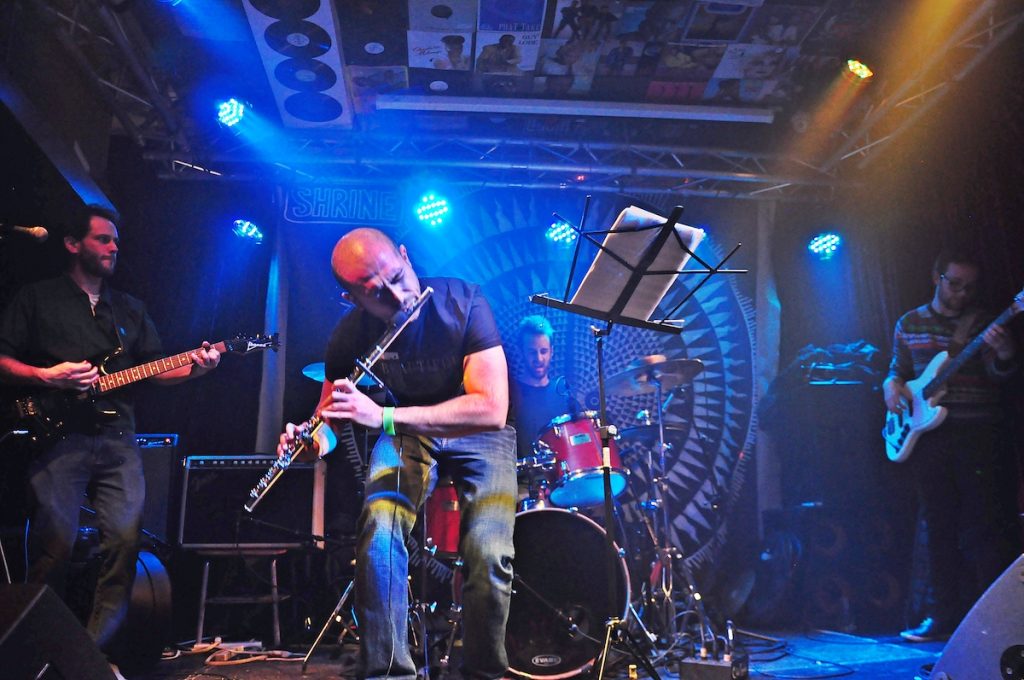 What did you do in Istanbul?

Keylan Music, which is a flute company, invited me for the presentation of Miyavaza flutes. We did workshops with them at Bahçeşehir University. I am the only Turkish endorser of Miyavaza, which is a Japanese company. But I am an endorser from North America instead of here. Keylan Music is their Turkey and Middle East distributor. We were able to do these events due to this collaboration. Otherwise it is really tough.

What are you working on these days?

I use the social media really well. I can say I only use it for my profession. I always shoot new flute videos. I give classes for a full day twice a week. I have 25 students. We are two Turkish teachers at the school. Utar Artun is the other one. I also started a book series in 2016 called Unlock. There are 5 books in total.

I started working on these books in 2014. The second book soon followed. I prepared them for publication and distribution myself. I released them on Amazon. I made it to the 5th book when the sales went well. Keylan Music sells them in Turkey. Flute etude books are beneficial to all musicians. I translated this as “C Instruments” but it is beneficial for all musicians who use the C key; guitarists, violinists. Saxophone players are able to utilize them as well because they can transpose due to their profession. Utar and I prepared “play-alones” on digital platforms. Utar recorded three versions of the infrastructures: slow, mid and up tempo. We put q barcodes in the books. Smart phones are able to read them as well. My books are currently being sold in four continents, they show up on the top of the list when you search “jazz flute books”. I also give classes through Skype. Giving lessons is important. You open or close various doors in others’ lives. I have had teachers who opened doors and paths for me as well.

What are your plans for the near future?

I plan to come back in May. I have vacation plans but would be really happy if I could give a couple of concerts.