The invitation letter waiting for me as a member of the media on the 18th of May at Zorlu PSM read “John Scofield’s Combo 67”. I initially thought this was a typo but then realized that the media office might be making a joke. Because the album Scofield recorded for his 66th birthday has been out for year.

We took our seats in the Drama Hall and clapped persistently as if to say “Come on, get on the stage already” until the 67 year old musician was in front of us. Scofield was standing tall even though this was the last stop in his European tour. His decisive and calm gaze was fixed upon his audience and his back was facing the plexiglass booth we are usually used to seeing in front of the drummers.

The master, who has spent his whole life creating and playing, touched his guitar pick on the strings and his very special sound filled first the plexiglass booth and then the concert hall. We were listening to the groove of the pedal in “Can’t Dance”, the opening piece of Combo 66. Then his long-time colleague Bill Stewart started to harshly hit his Zildjian cymbals, raising up the heat (By the way, Steward has played with vibraphonist Dave Samuels and saxophonist Joe Lovano; a man who is feeding on rich experiences with a trombonist father). I thought of Julian Lage, a musician I listened to recently on this very same stage, after hearing the first sentences of Scofield’s music. Didn’t he follow Scofield, and even Frisell and Metheny anyway? 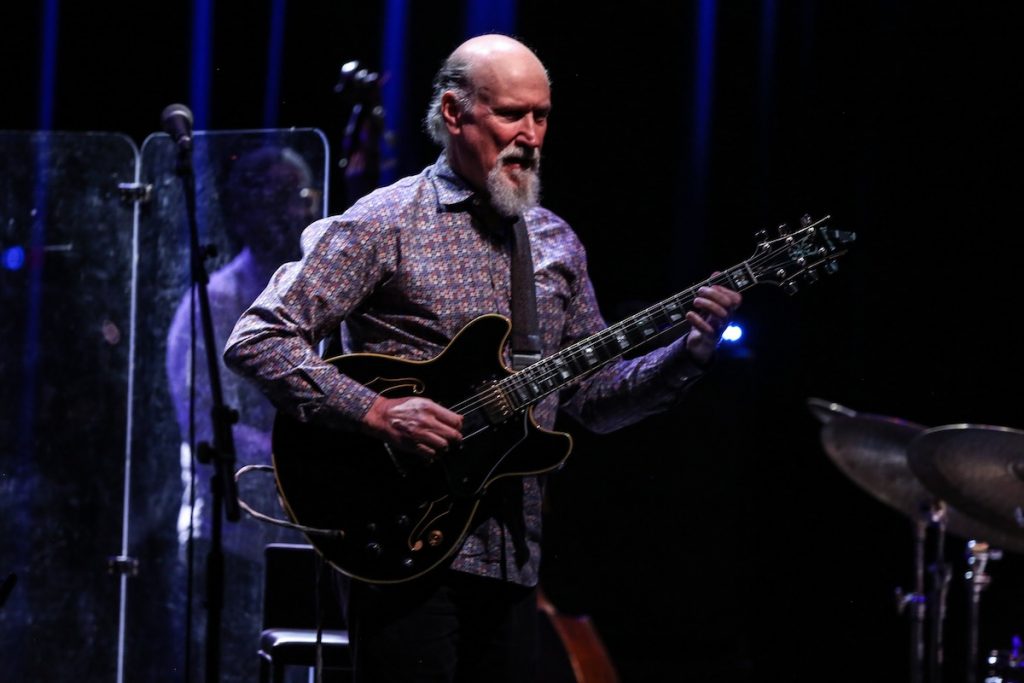 Yes, the plexiglass booth Scofield’s back was facing was filled with scratches. It was probably placed to make the guitar sound clearer during the night when the concert was to be recorded. If this scenario was correct, the plan worked. That clear guitar sound painted every single emotion and thought coming from Scofield’s pick and mind in a vibrant picture. The fact that the booth was worn out from being used to many times was like a theatric shot that implied the master was shouldering all the experiences he has lived through. It seemed like the way he sat in the booth conveyed him withdrawing into his own shell in deep thoughts on occasion. Anyways, I will continue you how the concert went, leaving aside my emotional observations.

Vicente Archer, a representative of New York, was playing the double bass. He was borrowing Ozan Musluoğlu’s instrument for the evening (Musluoğlu was at the concert as well). Archer reminded me of Ron Carter’s intense and sure progression as well as something a friend recently told me: “The ability of a good bassist isn’t featured in his solos but in how he carries the music”. Archer went on to carry the music safely without compromising on his solos. I learnt afterwards that he was a guitarist who followed Wes Montgomery’s path in his youth. Maybe this background is why he is able to carry Scofield as magnificently as he does.

The evening was filled with John Scofield’s flowing sentences that felt like a conversation, his bluesy licks, and Stewart’s syncopated and cornered playing, as he utilized all the dynamics of the brush; a style that could provide young drummers with 3-4 method books of knowledge. The Combo 66 team had another feature that evening, and that was Gerald Clayton, a pianist born in 1984. A new generation talent who effortlessly played the Hammond XK3C on his right with the acoustic piano on his left! My jazz critique colleague Feridun Ertaşkan told me that he was the best Hammond player he has listened to after Joey DeFrancesco, but he might surpass DeFrancesco when he gets to his age. It is said that being a master of Hammond is an entirely different thing. It isn’t like mastering the piano, its logic and touch are very different. I am not well versed in this subject as a vocalist, but I think listening to DeFrancesco’s records would be illuminating for all of us.

Back to Clayton; I felt that he had a solid background in classical music. I haven’t listened to another pianist whose legatos flowed so flawlessly and soft in a jazz concert for a long time (It is a great coincidence that Ercüment Orkut was among the members of the audience; he is at the same age as Clayton and has a similar sensibility in the pedal sound of his compositions). I also learnt that Gerald Clayton is the son of John Clayton, Diana Krall’s previous bassist. You can find many videos of their father-son performances. 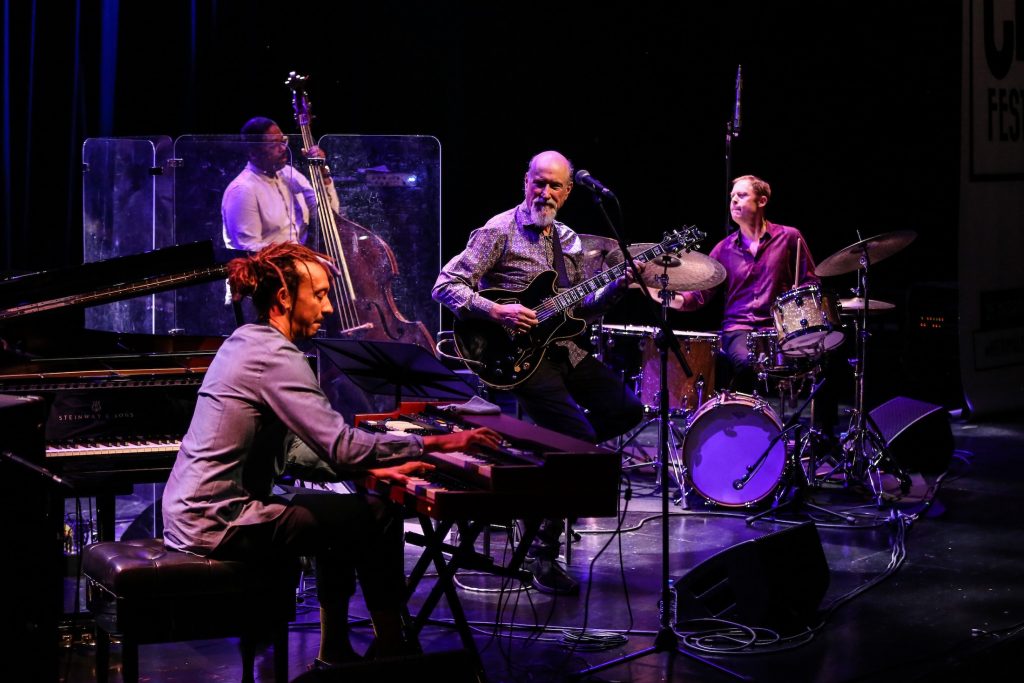 It felt like John Scofield’s energy didn’t lessen with age, but I think this might be due to the fact that he has made peace with his age. Maybe he is enjoying his age and the moment he is in instead of fulfilling what is expected of him. I actually learnt he made similar explanations afterward. Could there be a better injection of youth other than this select team? On the other hand, Scofield must be endowing his band members, especially Clayton, with such an incredible experience. Isn’t this how jazz is taught to the new generation after all? Jazz deepens within this ecosystem of two-sided interaction. Just like the pleasure jazz lovers felt while watching Miles Davis and Herbie Hancock interact in the past, this could be another version of the same experience in a different time. I could say this in summary: We witnessed history on the evening of 18th of May during this concert, enjoying the details one only could during such a liver performance and listening to John Scofield in a period when he has found himself once again.

The pieces performed during the concert included “King of Belgium” dedicated to Toots Thielemans, “Willa Jean” written for Scofield’s 3 year-old granddaughter, Bill Stewart’s “F U Donald” from his Band Menu album, melding together post-bop, rock, blues, soul-jazz and funk. The closing piece surprisingly carried the rebellious attitude of a rock piece, followed by the encore. Scofield played a balled called “But Beautiful” and showed how he is enjoying his age once again.

Sometimes music could just play in the background during concerts, but I felt the strength my connection to Scofield so clearly throughout this one. I hope we will see him many more times standing straight in front of us, staring us right in the eye. This is the most valuable thing. Because albums stay in our ears and concerts stay in our souls.