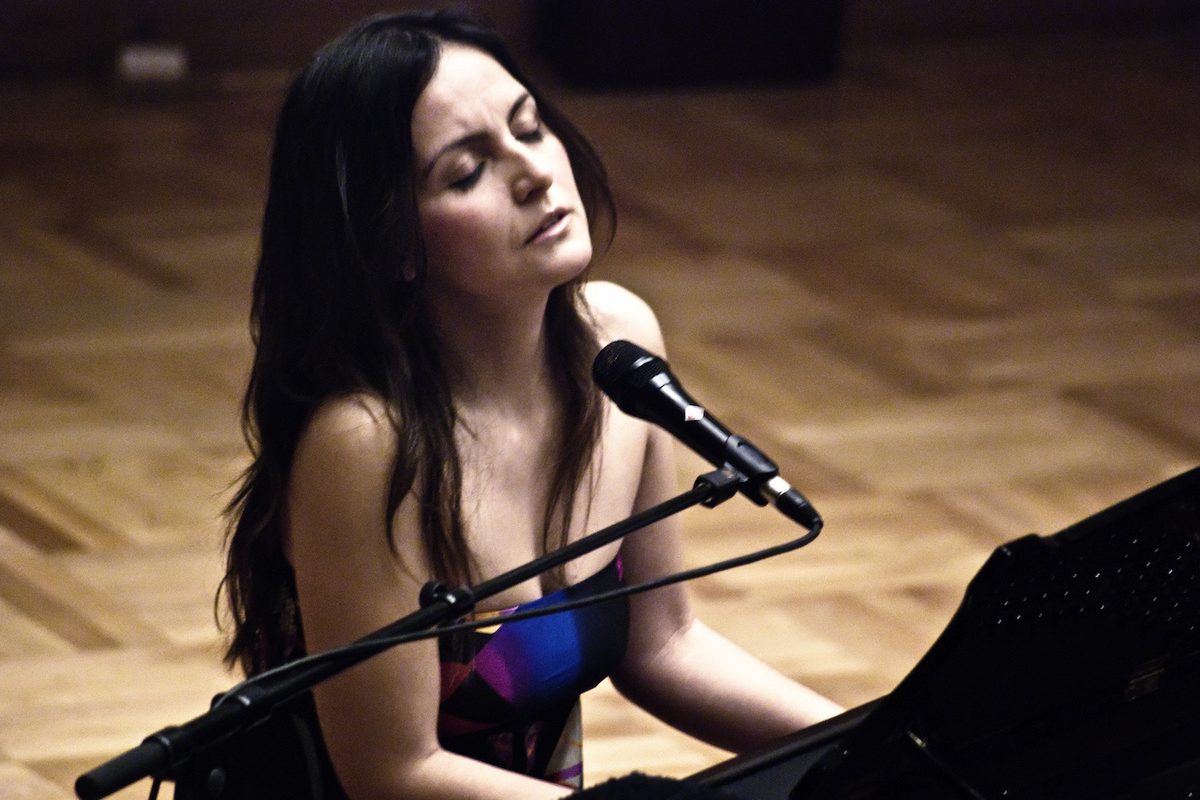 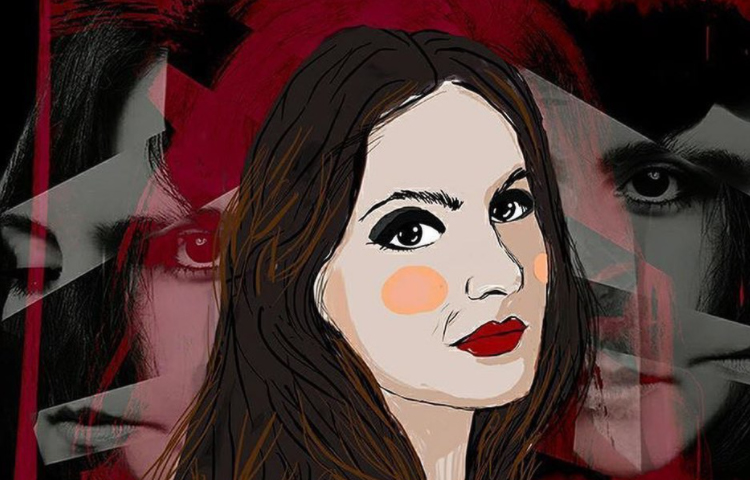 The influence of mastership lyrics writers such as Leonard Cohen cannot be denied in how bard-musician concept goes hand in hand with rock music. Turkish musicians like Bülent Ortaçgil and Mehmet Güreli, as well as other unique musicians who combine rock, pop and folk music, fit this description.

On the other hand, here is no bard-musician concept in jazz. Jazz musicians use their intellectual accumulations on the mastery of their instruments, even though vocal jazz pieces are popular. Given that jazz pieces with Turkish lyrics are rare, it makes noticing and valuing such pieces with a depth of melody and words much easier.

This might be the reason why jazz musicians utilize poetry as much. The examples of poetry composed by local and international jazz musicians, as well as the rare instances of jazz and poetry festivals, seem to support this argument.

In this article, I wanted to focus on the songs of Selen Gülün, who is one of the few examples of musicians who play an instrument, sing and write their own pieces in Turkey. She does not only identify as a singer but also an esteemed pianist, composer, arrangement writer, academician and researcher. Let’s get to know this multi-faceted artist a little… 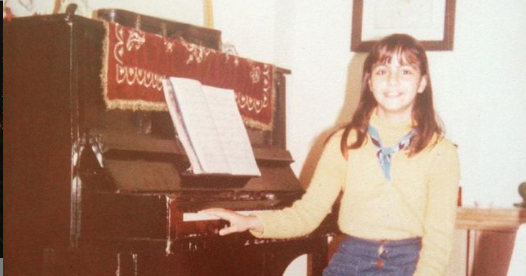 Selen Gülün formed her quintet named “Just About Jazz” to perform her own compositions while she was studying in America. This band consisted of European and American musicians and released its first album in 2005. The album’s title is the same as the band’s.

We hear Gülün’s voice for the first time during a single piece in this 8-track album. This piece, called “New Home”, doesn’t feature meaningful stanzas but the artist sings the melody with her beautiful voice.

We see more of Selen Gülün’s talent in writing lyrics in “Sürprizler”, her second album which was released a year later. This album features her trio and Gülün’s voice in all the twelve pieces included in it. Except for two pieces written by the musician’s dear friend Demirhan Baylan, the album consists of lyrics written entirely by Gülün. The opening piece of the album, “Pia”, reminds us of the namesake poem by famous Turkish poet Atilla İlhan, but the lyrics belong to Selen Gülün…

We learn from Selen Gülün’s reply to Sarp Keskiner on the website http://www.sanatatak.com/ that Pia is the only song she used her own poetry in. Selen Gülün says this during the same interview about writing lyrics:

“…I don’t have a plan when I am writing a piece. Sometimes the lyrics come with the music, sometimes the words of a friend written in their blog become the lyrics like in “Fruitful”. “Pia” is the only piece I used my own poetry in my music as far as my writing goes; otherwise, I try to create the lyrics simultaneously with the music. That is because it is like I am a single instrument when I play and sing the songs. That is my approach. I don’t play the piano with the same attitude as playing a solo. I write songs as a person who plays and sings. That must be why there aren’t differentiating feelings as far as the lyrics and the music go.”

In this beloved album, Selen Gülün features two pieces by her friend Demirhan Baylan, who told her “Don’t write lyrics as if you are giving a directive, let them have stories. Otherwise, nobody will feel close to you”. These two pieces are “Cennet” ve “Canım”.

Selen Gülün released “Solo”, which features her solo pieces, in 2009 following her previous marvelous album. After this, Gülün released “Answers” which received much international acclaim. This amazing album features only melodies and piano solos, heavy on improvisation.

Let’s take a pause here from talking about the albums and talk a bit about Selen Gülün’s achievements and place in the world of music.

Selen Gülün isn’t only a jazz pianist and composer but also an artist who is active in other areas of music. Gülün has received many commissions to write pieces for many musicians all over the world and the debut of her works has been performed by Dartford Symphony Orchestra and the Vellinger String Quartet (England), Ensemble TRIS (Austria), sa.ne.na Percussion Ensemble, Istanbul Modern Music Ensemle (Turkey).

Gülün is also an academician who has taught at sanatçı Berklee College of Music (Boston), The New School (New York), the Malmö Academy of Music, the Utrecht School of the Arts, Boğaziçi University and Bilgi University.

She has written “Women and Music in Turkey”, which is a research book on the history of female Turkish composers, with musician and musicologist Patricia Adkins Chiti. This book was published in 2019.

The musician released her album “Başka” in 2013. This album features jazz songs. Except for two pieces written by her own grandmother and close friend Ayşen Ayaşlı, the lyrics belong to Selen Gülün. This album received international attention and featured mostly songs in Turkish except for two in English. The musician says this about the album during an interview: “It is important to sing in my own language for me. I have been writing in different forms since I was a child. I express myself in my own language. Turkish is suitable for music due to its divisible structure. I sing my songs in Turkish everywhere in the World. People usually say ‘I don’t understand what you are saying but they leave deep impressions’ to me. I love that”.

Another interesting detail about “Başka” album is the piece called “Kul” which features parts of a poem written by Selen Gülün’s grandmother Nihal Özyüksel.

Selen Gülün’s Japan adventure starts in 2017. The musician, who moved to Tokyo, produces projects with Japanese artists. Her interaction with her own country continued and she released her special project “Kadınlar Matinesi” with bassist Ceyda Köybaşıoğlu and drummer Monika Bulanda the same year.

This special album consists of ten tracks and features a single piece written by Selen Gülün; “Her Yerdesin” is dedicated to musician Değer Deniz who was murdered in cold blood.

Selen Gülün continued her collaborations in Japan and released “Many Faces” in Italy and Japan which featured Hakuei Kim (piano), Issei Igarashi (trumpet), Keisuke Ohta (violin) and Marcello Allulli (saxophone). The album consists of four compositions of Selen Gülün and four free improvisations. The only piece with lyrics in the album is “Many Faces” and it features Gülün’s writing.

In the middle of the stage / Covered with the dust (of) many faces / Waving to myself, (Which self?) / Looking at the mirror of many faces. / Crossing the bridge step by step / There’s a butterfly flying through the silver sky / So much rain, so many colors / Fall has one. Yellow. Green. And maybe blue?
Many Faces / In the middle of the night / Lying in my bed with many memories / Boring myself (Which self?) / Thinking of my future in many phases. / Taking the stairs step by step / I see many stars and their fading lights / So much faith, so many lovers / All has gone. I feel fine. Maybe blue? / Many Faces. /

The artist released a single called “Sea by Sea” with cellist Orie Hirayama the same year. “Yollar” was the title of the mini album she released in March 2020. This beautiful two-track album showcases how Selen Gülün’s talent for writing lyrics has developed since her song album “Sürprizler”. It is a gift from the musician to all of us in these troublesome days.

As Selen Gülün told our editor Zuhal Focan during an interview (https://www.jazzdergisi.com/en/istanbul-tokyo-arasi-yavas-yavas/), the musician released “Yavaş” and “Daha Yavaş” in the last months of 2020, following songs she released through her own label iKi Muzik (www.ikimuzik.com). We are waiting for the third piece in this series which is meant to be a trilogy.

Selen Gülün, who is guided by music in her constant travels as the title of her album suggests, continues to question her life and herself with her lyrics in addition to her masterful piano playing and composition writing. Just like every path that leads inward. What matters is to have “paths” to choose from instead of following a single projectile… We hope to always come across Selen Gülün on any of these paths…

(We suggests music lovers and musicians to watch Selen Gülün’s presentation titled “Music As A Personal Communication Method” which sums up her musical perspective and diligence very well.)