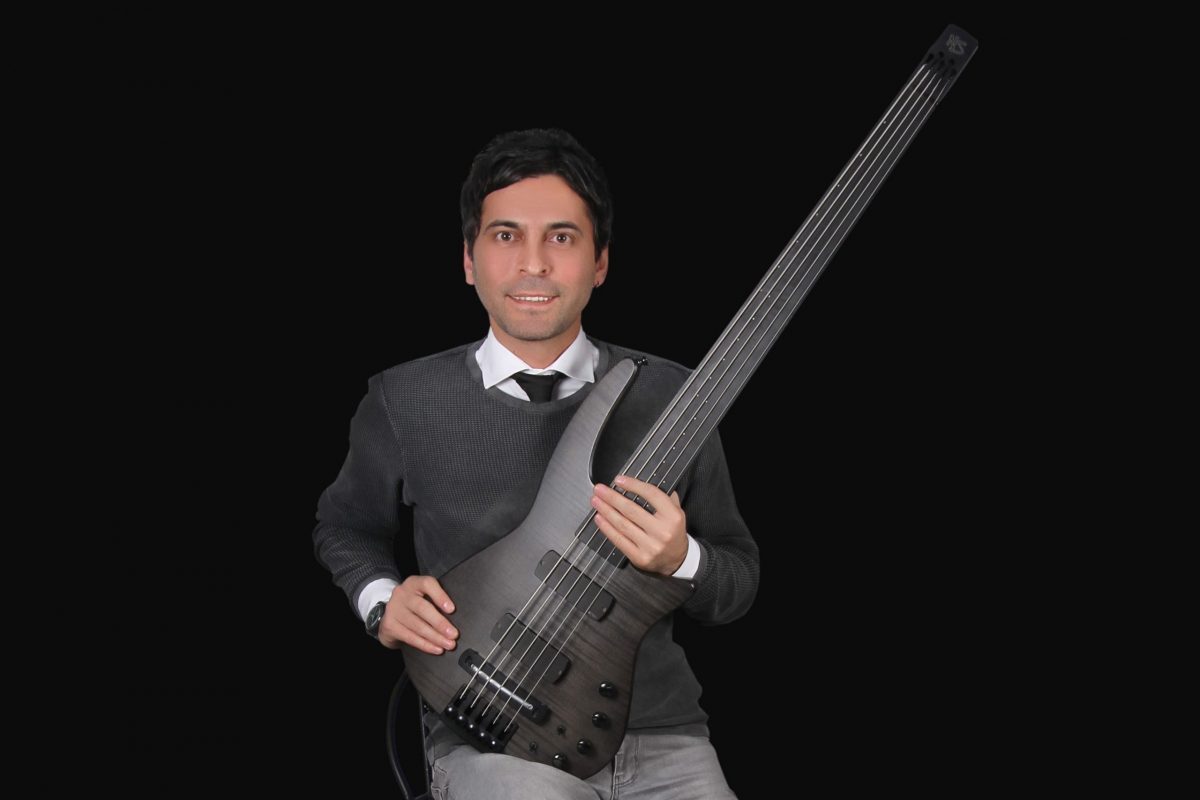 There are some musicians in the industry that are always sought after due to the nature of the instruments they play and they can continue their music careers as accompanying musicians without a hitch due to this. However, there is a rare breed among these musicians that are motivated to write compositions thanks to their creative natures, endlessly enriching our music worlds. Bassist Selim Gürcan, who released his first solo album titled “My Music Box” in July 2021, is among these musicians.

We wanted to introduce you to this esteemed music man who is the go-to jazz musician in performances that take place especially in Izmir, Istanbul and Eskişehir.

Before conversing to him about his life and album, let’s watch a concert performance that features Gürcan as he accompanies Sibel Köse, Önder Focan, Ayhan Öztoplu and Engin Recepoğulları:

Selim Gürcan recorded his first single “Galata Tower” in 2018 with trumpet player Can Ömer Uygan, whom we know from his work with Gevende Band and Senem Diyici. We listened to Gürcan in jazz vocalist Sanat Deliorman’s “Bedevi” EP. The artist participated in more than ten album recordings which include New Orleans-style band“Tin Pan Türkiye”’s album “Marshmallow Heart”.

Selim Gürcan decided to be alone with the notes of his choosing in “My Music Box” despite the fact that he has performed with many jazz musicians on the stage before. It is possible that the loneliness caused by the quarantine period during the pandemic situation played a part in this decision. Even the album’s opening piece is called “In Quarantine”.

“The story of my album “My Music Box” started with me writing down the sentences that accumulated in my mind until this day. The result was me recording in my home studio which I set up in the beginning of the quarantine period during the Covid 19 pandemic.”

Gürcan’s album features six of his own compositions. These compositions are mainly in the genres of jazz and World Music, as well Eric Satie’s piece called “Gnossienne No.1“. Even though he plays the fretless bass guitar, fretted bass guitar and synthesizer on his own, he is accompanied by Umut Tosunlar on the piano during this piece.

It is our guess that this piece is a salute to Selim Gürcan’s respect to classical music as he received his education on it during his years in the conservatoire.

“Erik Satie’s minimalist approach adds a plain vibe to music. This plain expression has always influenced me. It was a joy to play “Gnossienne No.1” in the album as I have always enjoyed listening to this piece and playing it.”

Even though we know that the musician was born in Ankara, we wanted to ask how he took an interest in music.

“I got involved with music and the bass guitar in 1993 when we moved from Bursa to my birthplace, Ankara. A friend lent me his bass guitar which played an important role. I started by playing alongside the music I heard in radio programs and the cassettes I listened to at home.”

Selim’s journey in Anatolia took him to Eskişehir after Ankara and Bursa. The musician moved to this city after he got into Anadolu University’s State Conservatoire and his active music life started here. The video below is a great example of the jazz scene he experienced in Eskişehir…

Selim Gürcan is actually a luthier even though he is known as a sought-after double bass player in the jazz scene today. The artist received his education in the Violin Making department of Anadolu University’s State Conservatoire. Even though his intense education was on instrument making, the artist has decided on becoming a performer a long time ago.

Even though Istanbul is the heart of jazz in Turkey and Selim Gürcan played in various clubs in the city including Nardis Jazz Club, he has always wanted to live in Izmir.

“I love Izmir, that’s why I chose to live here. I cannot name them all but I had the opportunity to work with many prominent musicians living here and I still work with various musicians and bands. I share the stage with musicians who come from Istanbul or other cities to Izmir to perform. I have a full performance and rehearsal program.”

Selim Gürcan does not only play the double bass but also the electric bass. His talent for playing this instrument got the attention of an American company called NS Design.

“I was chosen as an endorsee of NS Design, whose fretless guitar I use. This is a very happy occasion for me. It is important that they follow my work and choose to support me. I would like to thank the NS Design family for their attention.”

Selim Gürcan’s love for electric bass is evident in his admiration for Pastorius. He even dedicated a composition to the musician in his album.

“Jaco Pastorius was one of the first bass guitarists I listened to, he was always present in my life. I wrote “Dear Jaco” as a dedication to Jaco Pastorius. I believe this piece will take the listeners back to the 70s.”

It is evident that Selim Gürcan will continue his music life not only as a performer but also as a composer. We will continue following and listening to him as jazz lovers.