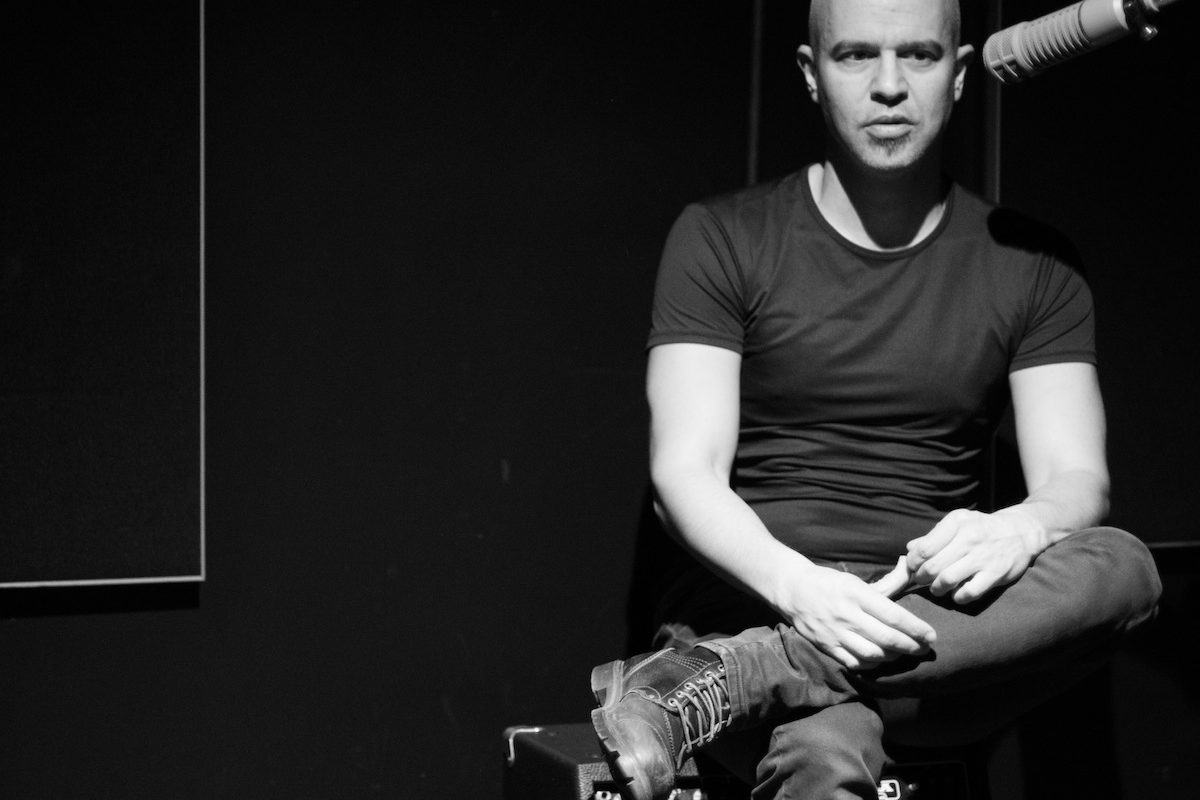 Timuçin Şahin released his latest album through Holland-based music label Challenge Records International last summer. Nothing Bad Can Happen represents a limitless approach to music as its name also implies. It is a record that calls for the involvement of the listeners in its flow as much as musicians playing in the album. We met when we were both in Istanbul and then followed up our meeting with a written correspondence for this interview. I prioritized asking Timuçin about the obvious transformation both in himself and his music.

Nothing Bad Can Happen was included in NYC Jazz Record’s Best of 2017 list as an Honorable Mention as this interview was getting ready to be published. Those of you who wish can see the magazine on this website: http://www.nycjazzrecord.com/issues/tnycjr201801.pdf

Sometimes it becomes something other than a main occupation. the artist should be able to view it as a part of their life as its responsibilities increase, otherwise unease is inevitable. Music became various distinct tools for me. I used to do whatever that was good for my music, mobilize everything in accordance to music. Now music constantly saves my life, lifts me up when I am at the bottom.

Which of our ailments, other than personal ones, can music help with?

It cannot directly provide a solution to our ailments including our musical problems. However, it is hard to guess the magnificent place it will indirectly take us, let alone being a solution. Humankind stepped into a whole new realm every time it tested the boundaries of music. Models like Black Mountain College and Bauhaus School, in which collective consciousness come together with creative music and other high arts, made us proud to be human. We should first question and deal with the damage that was caused by music’s transformation into a ‘commodity’ with a utilization value in such destructive times. Music and creative process will be able to take a breath and become our solutions if we can deal with that.

Can there be a non-hierarchical relationship between the creator of the artwork and its buyer? Can art exist without this distinction?

It more than possible; it is necessary. Otherwise we will keep on getting poorer not only in the economic sense but also spiritually and mentally. The system that you mention as the creator of this hierarchy also associates our right to education, our social lives, health and everything else that concerns our lives with a capital, therefore injecting the soul of capitalism into human behavior. We now have social lives dictated by artificial intelligence, in which time and space are insignificant variables. We have forgotten our daily life abilities and entrusted everything to the so-called experts and technicians, let alone gaining abilities to improve our thoughts on art and creation. However, we don’t have to live in this ‘learned helplessness’. We should be able to fix and transform the wrongdoings and injustice in our communal lives and not only the way the arts function. We should realize that the contribution of high arts in the building blocks of mankind is too valuable to be measured by capital in this transformed world. 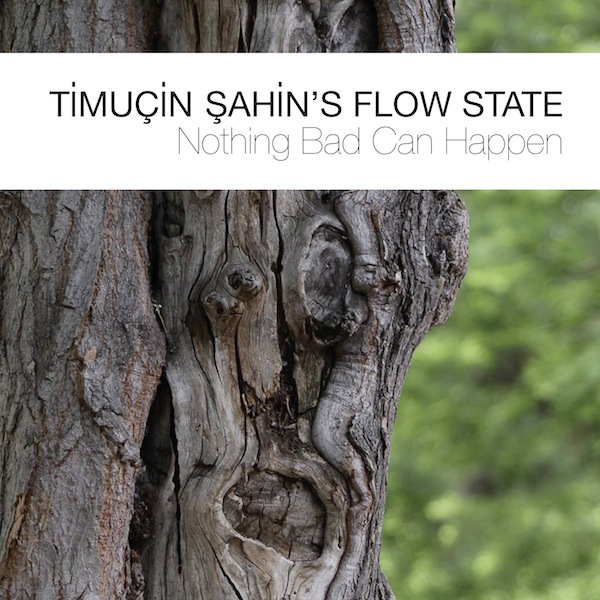 You said that you have started playing jazz standards in your concerts now. How did you proceed to this stage? Did constantly hearing interpretations with similar structures bring you to this point?

It is important to firstly describe what playing the standards means. Playing jazz standards without a musical philosophy by re-arranging them might be something that students learning the historical progression of jazz should do for a limited period of time. It becomes an extension of the musical culture we are emerged in when established musicians play the standards without contributing anything of their own and by copying other styles. This attitude is the embodiment of the popular culture’s toxic comfort. Lying down in this comfort by imitating a style while performing my art isn’t for me. As Iannis Xenakis said “Imitation is an existentialist mistake”. The artist should be entirely independent and mostly alone in order to rid himself of the cycle of continuity caused by constant repetition of the known. This doesn’t mean you have to disregard the legends you admire or are inspired by. The fact that I am a John Coltrane fan doesn’t mean I will be similar to him.

Contemporary music and jazz; do you see yourself as an ‘ambassador’ between these worlds?

It has been quite a while since I have regarded this as jazz, classical or contemporary music. There are many creative musicians like me who are interested in the evolution of sound without becoming fanatics of these musical worlds. You don’t see a musical convergence when you look at the attitudes of the people who redefined avant-garde after the 1950s. Residing in the camps of jazz, classical, pop and etc. music, as an extension of the culture as I have mentioned before, is more comfortable but doesn’t lend space for other possibilities as compared to developing thoughts on the evolution of ‘sound’ as the most plain and real ‘tool’. Sound doesn’t know its own history, that doesn’t interest it, it is free, so it is open to possibilities. You have to be open to those musical worlds you named in order to let music breathe. That is why I see studying and learning about more than one musical movement as an intellectual necessity instead of being an ambassador.

How hard is bringing music and musicians together?

It isn’t very easy. The hardest part is battling the wrong or shallow education of years. I sometimes think that musicians are the least open to innovation. The only reason of the existence of Western Classical Music conservatories is to ensure the endurance of the music written between 1700 and 1900. This education system claims that these musics are the best that could ever be written and their only aim is to ensure the continuity of this same repertoire while being close-minded about other perspectives, contemporary music, improvization and about those who are parts of the evolution of sound. Jazz conservatories have the same attitude, but here musicians have the opportunity to be freer due to the fact that jazz history is shorter and because of the concept of improvization allows discovering music together. However, that is when the cultural components come into play. Musicians cease to dream of a musical world beyond what they listen to and like when the need to belong transforms into the goal of playing the same repertoire perfectly. The closed education system and career anxiety can distance the musician from the inner architecture of music.

The album is accessible in itself, but it will require the listener to put in some effort. Would you agree?

I think it is a rather accessible kind of music. Of course, music resonates differently with everybody but I don’t see a fundamental difference between internally or externally. Is what we mean by the listener the general listener spectrum, since everybody regards it so? I think the artist is responsible for expressing his inner psyche to others. On the other hand, his external responsibilities are entirely different. Those are even beyond his musical responsibilities. 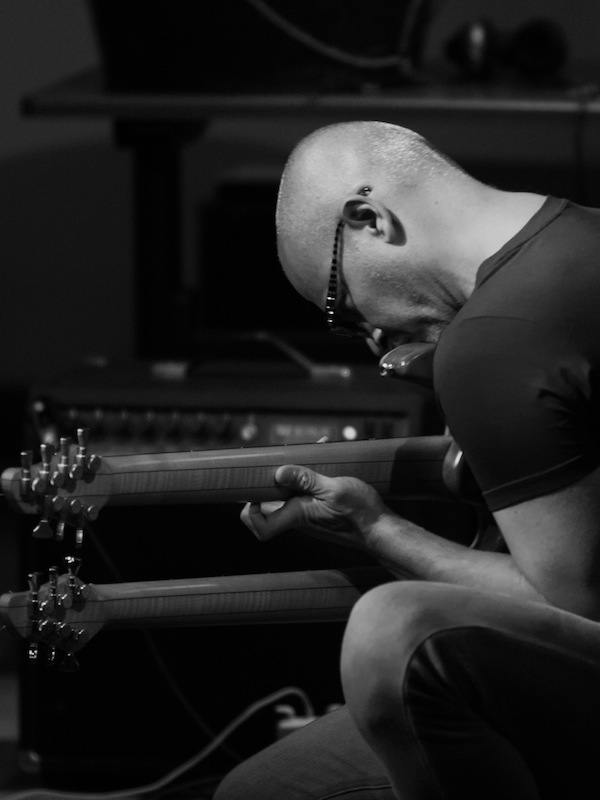 There are some small references to your previous records, what do these symbolize?

These references are only valid as the starting point of the pieces. I wrote entirely different things by working on the first scale of Bakumbağa in Inherence. We recorded some. I kept the similarities in their titles because they were differentiated. Bakumbağa was my son Mahir’s toy turtle when he was 2 years old. Mahir grew up and has a real turtle named Scrus. Scrus disappeared for a while. Mahir made elaborate plans to find him and one thing followed the other. I connected things symbolically even if this doesn’t translate into music.

What would you suggest musicians to occupy themselves with other than music?

I suggest that they shouldn’t live in a bubble and think that the world owes us just for making music. We should have the aim of being useful people above anything else. Development of music is directly correlated to the world becoming a more liveable place. It is one of the responsibilities of the artist to facilitate a change towards good in each others’ lives. James Baldwin says “The responsibility of the bard is to endow the society that made him a bard with powers for other bards to emerge.”  There are problems that need our urgent attention in the world; musicians should contemplate on how to contribute to causes like water shortage, right to education, global warming and slavery of modern era. And they should try to raise their children for the good of the whole world and not only for themselves.

Thank you for the interview Timuçin. See you in Bergama…