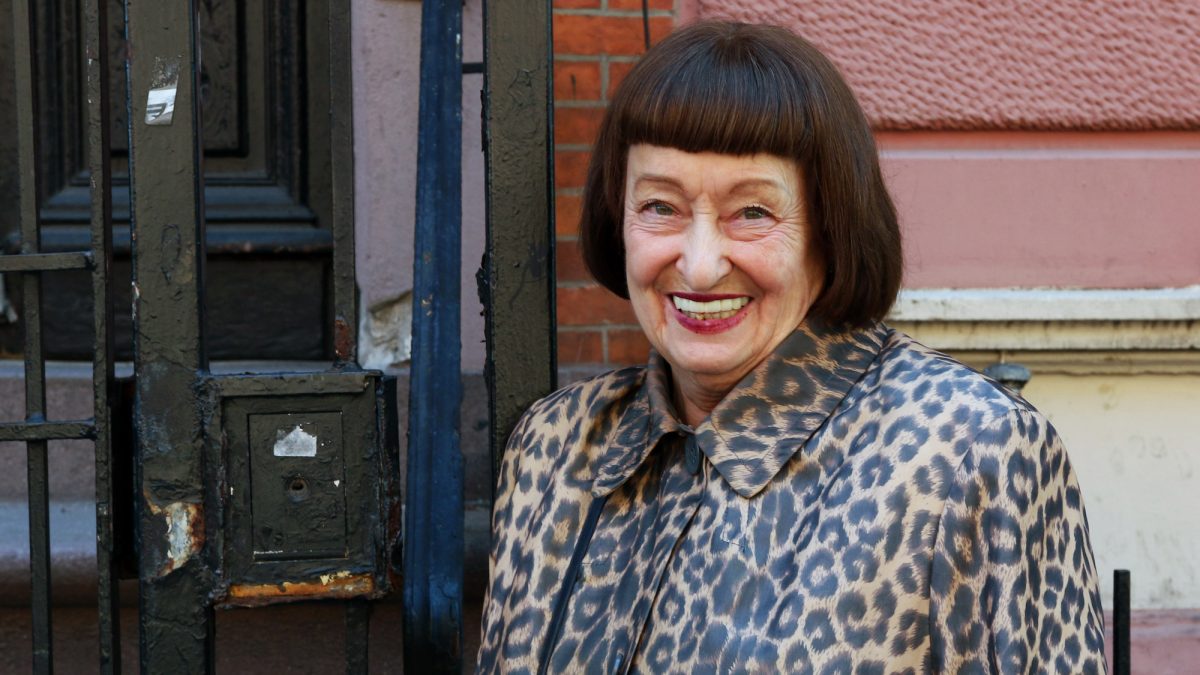 Sara sent me this message: “I am going to London to hear Sheila Jordan, if you want to come.”

One of jazz’s living legends, Sheila Jordan, was to celebrate her 90th birthday on stage at Pizza Express Pheasantry in London.

I was in Brighton. It takes an hour to get to London. I was recovering from a lengthy illness and was behind on coursework, and being on a student budget, I was hesitant to follow an unexpected journey. On the other hand, Shelia Jordan has long been an inspiration to me, and 18 November is her birthday.

What would you do if you were in my shoes? While you are thinking, let me introduce you to Sara.

Sara Oschlag is a distinguished jazz vocalist from Denmark who is my jazz tutor in Brighton. She plays all around the UK and is well-known on YouTube.

I like her phrasing style and pure sound. In the November issue of Sussex Jazz Magazine she says: “I don’t remember choosing music. I think it must’ve been chosen me.”

Music has chosen some of us. Sibel Kose, Turkey’s leading jazz vocalist and a master at improvisation, is another example.

She has performed around the world, with some of the greats including Bogdan Hołownia, Dee Dee Bridgewater, Janusz Szprot, Jean Loup Longnon, Raul Midon, Stacey Kent and Tuna Otenel. I am glad she has been my jazz tutor for the last three years. She is the one who told me not to miss Sheila Jordan.

These women’s words have never steered me wrong. So, in the end, I went to London to see Sheila Jordan.

I was lucky to find a last-minute ticket. Oddly, while we were eating upstairs before the gig, the waitress invited us to Jordan’s concert without knowing we were already there for the event.

The first time I heard about Jordan was in a workshop held by Judy Niemack at Bahcesehir University Jazz Academy, through a piece called Sheila’s Blues:

Well, I was born in Detroit, Michigan back in 1928

In her early teens Jordan was working in Detroit clubs, where Charlie Parker was her first great influence. And, she has always been influenced by instrumentalists like Charles Mingus, Sonny Rollins and Thelonious Monk.

In 1962,  The New York Times declared: “Her ballad performances are simply beyond the emotional and expressive capabilities of most other vocalists.”

Because of her musical intuition, Charlie Parker often referred to Jordan as ‘the singer with the million dollar ears’.

For her London performance, Jordan was joined by renowned bass player Cameron Brown. A bass-voice duo is a rare combination, and with a hint of mischief she encouraged him: “Play a solo.”

Sheila Jordan was witty on stage.

After making a couple of comments about President Trump and how unhappy she is with his decisions, she then warned us: “…away from Trump.” Everybody laughed. Her audience interaction was simply beautiful. She even made us sing along to The Workshop Blues.

The ‘million dollar ears’ treated us to jazz tunes like Cheek to Cheek, I Won’t Dance, Yesterdays, Anthropology, Confirmation, Hum Drum Blues, Good Morning Heartache, Honeysuckle Rose and Dat Dere. After a mesmerising hour, she comically tried to touch her toes while bowing to the audience. We thought the performance was over. “No, it is only a fifteen-minute break,” she said.

The break passed quickly. She encouraged us to dance, but nobody did.  We, as an audience, instead decided to watch every second of her performance. Between songs she said: “I am sorry about my slippers.” They were actually quite elegant, leaving us to wonder whether it was a statement of modesty, or respect for the audience or maybe she just prefers high-heels.

With her playful hair buckle and translucent flowery costume, she was sometimes meowing like a cat, then suddenly becoming as bold and strong as a tree. Jordan shared her spiritual awaking and her history with excessive drinking. She said that one day, God talked to her and warned:  “Sheila, I have given to you this gift. If you do not want to use it, I can take it back.” Afterward, she paid much more attention to her health.

After the show, I was lucky enough to get a photograph with Jordan. I bent my knees a bit to compensate for my height, but she immediately told me to stand up straight, saying: “Take a tough stance, I do not care.” I was embarrassed but grateful.

She mentioned she had an old student from Turkey, prominent jazz musician Elif Caglar. Jordan said she would like to come to my hometown to perform. It is my duty now to spread the word.

Meanwhile, she had to wake up at 8am the following morning to catch a flight. Even at age 90, she is busy.

After the performance, Sara Oschlag said:  “Great communication between the two. Magical! I loved it!”

I sent some videos of the performance to Sibel Kose. She replied: “God bless her. She is singing very well. Thank you very much for sharing these videos with me. She is a real legend. When I watch her performance through these videos, I feel better.”

Before exiting the stage, Sheila Jordan said: “If I am still on this planet next year, I will be here to celebrate my 91st birthday.”

As the jazz standard says: “What a difference a day makes… and the difference is you.”