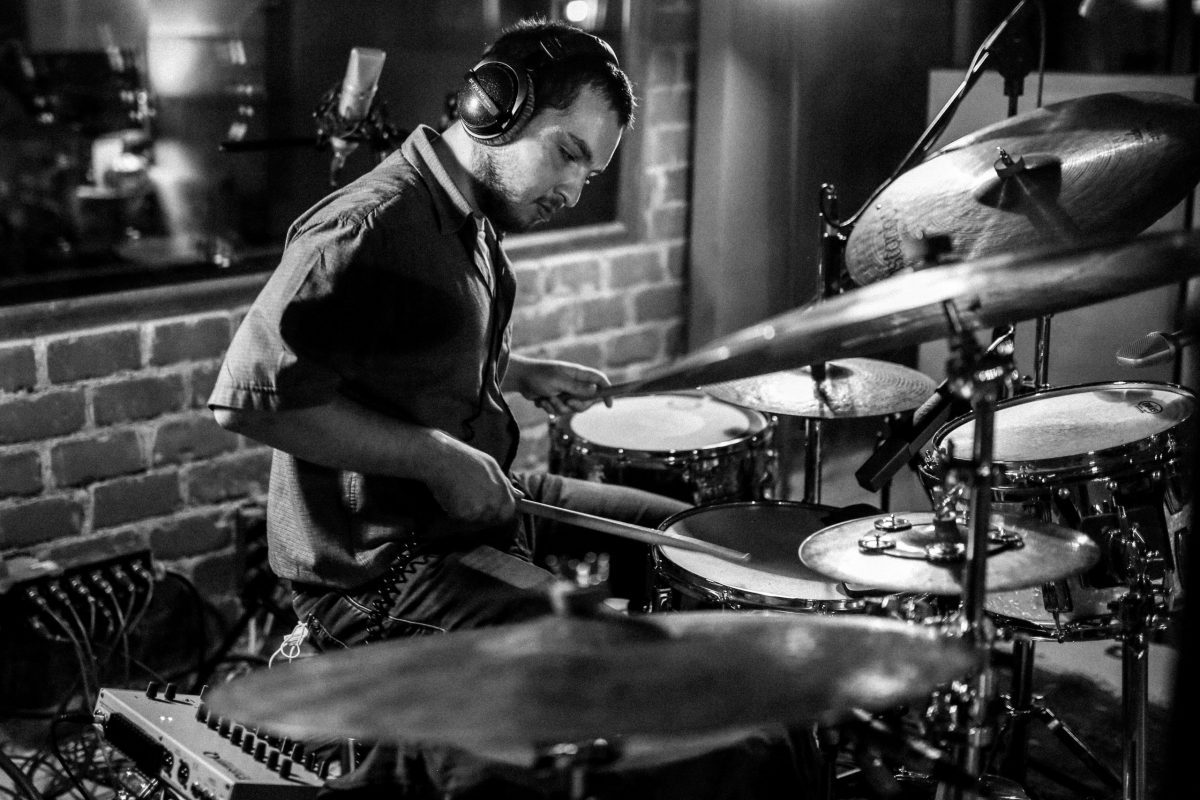 I want to talk about an album recorded in 2021. I recently listened with great pleasure to the album “Portrait and a Dream”, which is the project of drummer Mehmet Ali Şimayli and takes its name from the abstract, expressionist painter Jackson Pollock’s 1953 work. Musicians on the album; Barış Ertürk, Kerem Can Dündar, Cenk Esen, Anıl Bilgen, Yiğit Can Öztop, Apostolos Sideris, Randy K. Esen, İpek Göztepe, Esmani Kılıç, Can Kuman, Mehmet Ali Şimayli. There are 9 tracks in the album. All of them are Mehmet Ali Şimayli’s compositions. The arrangements of the songs were done by Mehmet Ali Şimayli, Kerem Can Dündar and Emre Dirikcan. Editing, mixing and mastering by Can Kuman. Recorded at Hayyam Studios in March 2021, the album was released by Switzerland-based UNIT Records. The pieces in the album; Ink, Dryad, Ever-Reign, Elements Aligned, Gara de Nord, Singular Plural, Condensation, Red Planet Interlude, Jester’s Herd. In addition, Bandcamp writer Dave Sumner put this album on the list of the best jazz albums of January 2022 and wrote an article about the album.

I think that no one, except for a handful of people who are interested in jazz music, knows the musicians in the album. I would like to introduce these important musicians, who set an example with their education life and career. 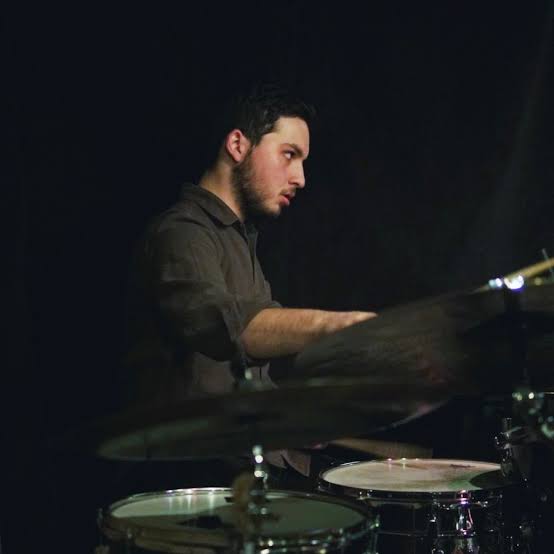 Musicians In The Album

Mehmet Ali Şimayli has practiced drums with Turgut Alp Bekoğlu when he was just a highschool student. Taking jazz drums performance aducation in Berklee College of Music with Arif Mardin Bursu in 2016 and then coming back to Turkey, he is a musician that has completed Bahçeşehir University Jazz Certificate programme and joined Berklee Umbria Jazz Clinics the same year. Şimayli, who won the Young Jazz competition with the Vibes Trio and took the stage at the Istanbul Jazz Festival, performed at the festivals with his band “Portrait and a Dream”, consisting of Kerem Can Dündar, Anıl Tuncer, Cenk Esen and Yiğit Can Öztop. The EP “Red Planet”, which they recorded with the same group, was released on digital platforms in October 2019. Şimayli, who also performed with musicians such as Bülent Ortaçgil, Erkan Oğur and Emin Fındıkoğlu, studied at the Music Department of Bilgi University between 2017 and 2020.

Kerem Can Dündar, another name of the band, is a successful guitarist. Born in Izmir, Kerem Can Dündar, has started playing the guitar at the age of 13 and has started practicing jazz with Ömür Gidel the next year. Has took the stage in important festivals such as EUROPAfest and VenetoJazz in his highschool years. After his high school education, he attended Berklee College of Music and had the opportunity to work with names such as Kenny Werner, Fernando Huergo and Sheryl Bailey in his first year. He is continuing his education in the Music Department of Bilgi University and actively playing in the modern jazz band, “Portrait and a Dream”.
Another name is Cenk Esen, the son of Aydın Esen, who is one of my favorite and favorite musicians. Born in Istanbul in 1999, Cenk Esen is the son of Randy and Aydın Esen. He started playing the piano at the age of 9, and at the age of 16 he became more interested in jazz music after attending the “Umbria Jazz Clinics” program of the Berklee School of Music in Perugia, Italy. He studied Piano Performance at Berklee and also at the Berklee ‘Global Jazz’ Institute, founded and managed by pianist Danilo Perez. Has worked with great names such as John Patitucci, Dave Liebman, Terri Lyne Carrington and George Garzone. Cenk Esen’s first EP is his project named ‘Phases’, released in December 2019. He is also a part of the “Mysthree” project, which released their first EP in August 2019. Also is a part of the band, “Portrait and a Dream”.

The album’s another important name is Barış Ertürk. Barış Ertürk, who plays Soprano, Tenor Sax, Baritone Sax, and Bass Clarinet in the album, graduated from Bilgi University Music Department in 2007, where he worked with names such as Butch Morris, Donovan Mixon, Selen Gülün, Can Kozlu, Kamil Özler, after studying at ITU Industrial Engineering. During his university years, he took part in many national and international festivals and artistic events with his own band “Teneffüs” and “RF Orchestra” founded by Ricky Ford. Barış Ertürk, who has also worked with names such as TRT Light Music and Jazz Orchestra, Istanbul Superband, CRR Bigband, Önder Focan’s Purple in Blue, Ayhan Sicimoğlu Latin Allstars, Bora Uzer, undertook the music of the play named “Facing”, which was staged in 2008, and the musical design of the piece “Exit” in the same year. He also took part in the recordings of many artists’ albums. Barış Ertürk, who performed with his own bands “Bir Gün Bir Adam” and “Cihangir Saxophone Quartet”, played in the “Emin Fındıkoğlu Quartet”.

Anıl Bilgen, who plays the piano in the album, was born in Ankara in 1989. He started his music education at the age of 9 by taking piano lessons. In 2000, he was accepted to Hacettepe University Ankara State Conservatory classical piano department and became a student of İrem Bozkurt. Between 2004 and 2009, He took private lessons from the famous Turkish composer Prof. İlhan Baran on classical and jazz harmonic analysis, form analysis and contemporary music. Between 2009 and 2010, he studied at the Conservatorium Wien in Austria as a student of Roland Batik within the scope of the Erasmus Student Exchange Program. He graduated from Hacettepe University Ankara State Conservatory classical piano department in 2010. In 2010 – 2011, he gave many concerts as a member of the George “Skip” Gailes Quartet. He won the “Best Performance” award at the JamZZ Competition held in Istanbul in 2011. In the same year, he was accepted to the jazz piano department of Kunst Universität Graz and became a student of Olaf Polziehn. He completed her undergraduate education at Kunst Universität Graz in 2015 and his graduate education in 2018 with high success. In 2018, he won the second prize at the Freiburg International Jazz Piano Competition. Has played with Joe Lovano, Jim Rotondi, Ed Neumeister, Heinrich von Kalnein, Karlheinz Miklin, Morten Ramsbøl, Mike Richmond.

Yiğit Can Öztop, who plays the bass guitar on the album, was born in Istanbul in 1994. Growing up in a house full of cassettes and records, he discovered his passion for the bass guitar at the age of 14 and started music. Taking lessons from Poyraz Kılıç and Gürol Ağırbaş, he has studied on instruments, music theory and ensemble with Kağan Yıldız, Baki Duyarlar, Tamer Temel, Şevket Akıncı in the Jazz Academy Certificate Program of Bahçeşehir University. In 2017, he left his engineering education at Boğaziçi University and entered the Music Department of Bilgi University with a full scholarship. He is currently continuing his education and is actively working on music. 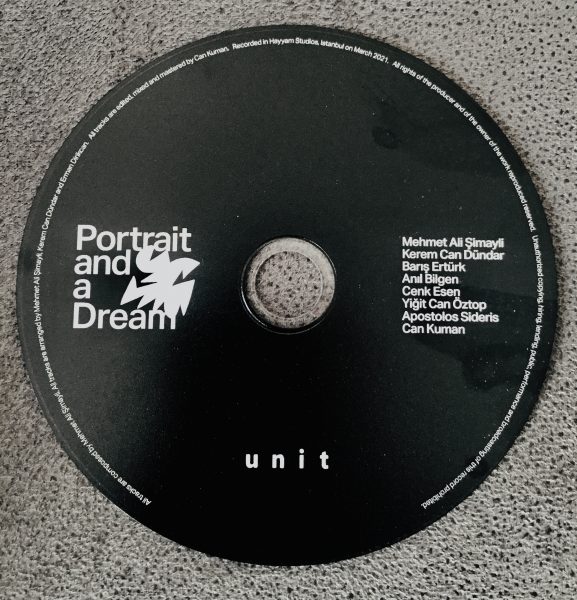 Another bass player from the album is Apostolos Sideris. Born in 1978 in Athenes, Sidaris has started his first music education with flute in Turkey. He has shifted to bass guitar at the age of 15 and he has moved to Boston in 1997 and continued his work in the Berklee College of Music. Here he had the chance to study double bass with prominent teachers such as Ron Mahdi and John Lockwood. After completing his undergraduate degree and working in Boston for 1 year, he moved to New York to continue his education at the City College of New York with renowned bassist John Patitucci. After moving to New York, Apostolos collaborated with many notable jazz artists such as guitarists Lionel Loueke and Rez Abbasi, saxophonist Seamus Blake and pianist Leo Genovese. At the same time, Apostolos’ interest in different world music genres increased; He learned more about North American and Eastern Mediterranean musical traditions. In this area, he has performed with Lebanese Ziad Rahbani, Greek ECM artist Savina Yannatou, Armenian-American oud player and composer Ara Dinkjian, among other works. He moved to Istanbul in 2013, where he had the chance to practice Anatolian and Middle Eastern music as one of the co-founders of the world music group “Mesel”. Currently, he focuses on exhibiting the world-jazz mentality with his project named ‘Σummation’, both with his compositions and with his improvisational approach. The band’s debut album was released on October 1, 2019 by Spain-based Fresh Sound Newtalent label.

Another important name of the album is Can Kuman… Can Kuman is the composer and producer. He completed his double major education at Istanbul Bilgi University in 2019 with psychology and music departments. He produces works in the fields of contemporary classical music, electro-acoustic music, jazz and free improvisation. He continues to mix, master, produce and compose for film, theater and multimedia works. He plays bass guitar and electronics in “Flelk”, a free-improvisation collective.

Randy K. Esen is an important vocalist of the jazz scene and a teacher. Born in New York, Randy Esen was 16 years old when she started studying voice in Worcester, Massachusetts, where she spent her youth. He continued his studies at the Oberlin Conservatory, Manhattan and the jazz department of Massachusetts University, where he completed his undergraduate studies in psychology in 1981, accompanied by important instructors. Randy Esen made her debut in the performing arts career in the early 1980s, working with various jazz and r&b bands in Boston and Greater New England. In the mid-1980s, she joined forces with Aydın Esen, a world-renowned pianist and composer, whom she married in 1987 and has been working on recording and performing together until today, and she wrote the lyrics for many of Aydın Esen’s compositions. Randy Esen has performed and recorded with well-known musicians such as Tommy Campbell, Bob Moses, Kai Eckhardt, George Garzone and Tiger Okoshi throughout her career. Randy Esen, who moved to Istanbul in 1996, has been giving applied jazz vocal lessons to both solo and group participants for over 20 years. She taught jazz vocals at the jazz department of Bilgi University between 1998-2002, at the Hayart Art Center in Istanbul, where she was the founder and director between 2003-2013, and at the jazz department of Hacettepe University Ankara State Conservatory between 2014 and 2017. Randy Esen, who released her first solo album titled “Behind the Light and Shine”, released under the AK Music label, continues to perform in Turkey and Europe while continuing to teach in Istanbul.

Don’t think of “Portrait and a Dream” as a mere jazz album. I have to say from the beginning that this is an avant-garde jazz style album. The combination of acoustic and electronic sounds, which the musicians in the album use very well and skillfully, draws attention in the album. A video clip was shot by Volkan Ergen for the song INK in the album which was released on January 12. The clip, like the album, is very interesting and very different from the video clips we are used to watching.

The album “Portrait and a Dream”, a project by Mehmet Ali Şimayli, has another feature apart from its importance in terms of music and sound. It is very important that an album composed mostly of such young musicians has been released. You can watch the first clip of the album on Youtube. Also, if you want to buy the album as a CD besides listening to it on digital platforms, you can find it at https://mehmetalisimayli.bandcamp.com/album/portrait-and-a-dream.