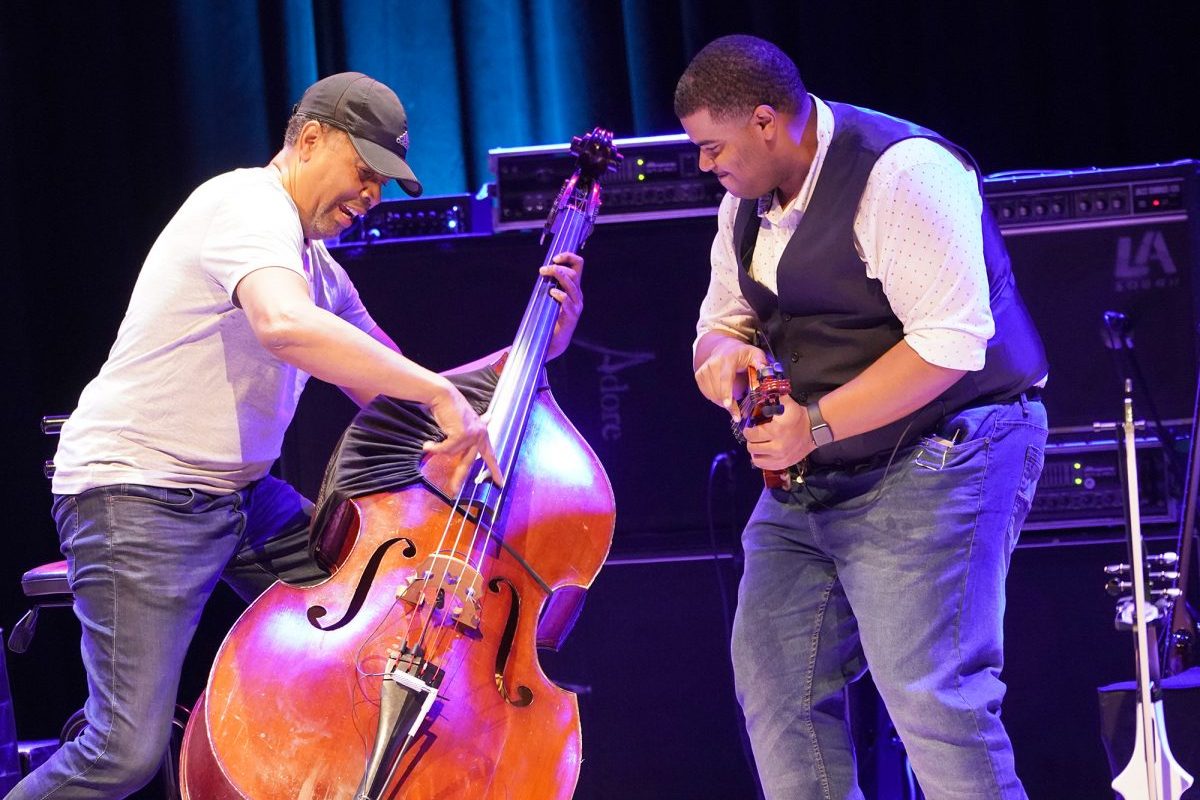 CRR Concert Hall welcomed yet another legendary musician on its 30th anniversary. This day’s star was Stanley Clarke, named “The Best Bass Guitarist” by the readers and critics of Downbeat Magazine in 2013 and the recipient of 4 Grammy Awards.

There are musicians with their own signatures in jazz circles. These musicians or singers are called great singers or great players. Their characters are remembered in music history with their interpretations and the musical atmospheres they create. Stanley Clarke is one of the Great Players of our day. He is a legend who has found his own sound and language.

The band’s instrumentation is tight… I will mention the band members in a bit but the first thing that attracts attention is the presence of two different set of keys in addition to the piano. They were a bit generous on the keys, I would say. 3 keyboards and 1 Moog are set up on the stage in addition to the piano. Talented Georgian pianist Beka Gochiashvili is on the piano and keys this evening. He is a musician I would suggest you follow due to his flowing sentences and his contrasting energetic keyboard playing. Another pianist awaits on the stage next to Moog and the keyboard sets. This is Cameron Graves from Los Angeles. Graves combines jazz, rock and hip hop and has released his own albums. A 19 year-old drummer from Chicago shoulders the rhythm section next to these instruments which create the harmony and the atmosphere. The age doesn’t matter if you can survive on the stage with these musicians. Jeremiah Collier achieves much more than that.

Another instrument catches the eye; one that we don’t come across often in such bands. Tabla… Born in Germany, Afghan musician Salar Nader plays this instrument. There is also another colorful instrument this evening, and that is the violin. Evan Garr plays the violin. I know him from this project and he shines with his technical mastery. I excitedly anticipate the start of the concert, wondering what kind of music will be created with such a composition. 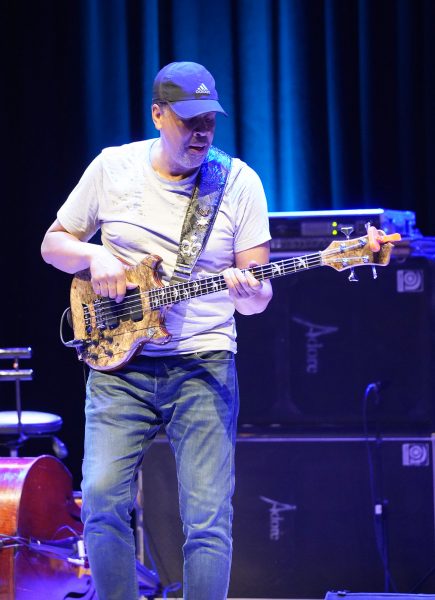 Unison passages, heard right away in the first piece, raises the tension and Stanley Clarke fills the stage in a rock star fashion. Every single band member raised the tension even higher with Stanley Clarke’s music and Evan Garr is the first musician to draw the audience in during the third piece. I am sure everyone will remember him as the sympathetic violinist of the evening. His technique is very high level and he always has a smile on his face.

Beka is a pianist who enriches the depth of the music with his touch and sentencing. He makes way for Stanley Clarke after a long and creative solo. Clarke is a legendary guitarist but he opts for the double bass during this concert except for the beginning and the end. He developed a hybrid playing technique unlike a traditional jazz double bassist. We can hear the unique briskness of Stanley Clarke in his tone, technique and sentences in the sound colors of the double bass and bass guitar. He starts to share his music with Salar Nader after playing a rather technical and musical solo and a trade is born. Nader satisfies the audience with the polyrhythm of his 3-part tabla solo. Tabla masters can transform their solos into a unison section by singing while playing long rhythmic sentences. Sometimes they sing the rhythmic sentence first or do the opposite. However, and trust me, these sentences are rather long and complex in rhythm. Nader played an intricate solo that melted into the music and used his own space very well.

It is now Jeremiah Collier’s turn with his flowing energy… There are some musicians whose happiness can be seen in their eye when they play; Jeremiah is one of them. The phrase “Music grows when shared” finds its own meaning. Nader shares his music with Jeremiah and created a flow.

Words are not enough; Stanley Clarke starts to introduce these talented musicians with their countries of origin and their ages. He finishes by saying “and I am Louis Armstrong” and salutes the legendary musician. 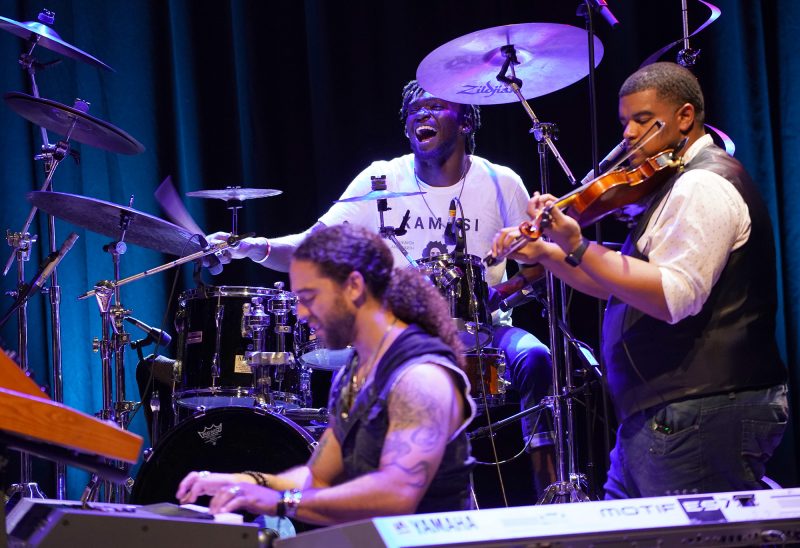 The band played original compositions as well as Joe Henderson’s Black Narcissus in 5.4 rhythmic formation. It was now Cameron Graves time to play a solo. He allowed us to get to know his music by thinking deliberately on this piece and played a solo with a lot of feeling.

Each musician brought their music, implying “we have yet another surprise for you”, to a point that we didn’t anticipate in their own spaces while Stanley Clarke knew how to keep them under control. His 40 years of experience was evident on the stage.

We were reminded that we were attending a Stanley Clarke concert after tight harmonies that followed one another, scales that created different atmospheres and lyrical sentences we heard. The band’s energy was never-ending. While we were wondering how high can the music get, they were able to surprise us all with their next moves.

I really like concert halls. CRR Concert Hall is a rare venue that is beloved by us all; but my final words will be there: We could have wasted away jumping around if we were allowed to be on our feet and in open air instead of this sitting schematic.

Stanley Clarke, born in 1951, still continues to make music with a never-ending flow of energy after 40 years of the stage and it seems like he will continue to do so for a while. May you always have energy and a smile on your face great legend. Thank you for this exciting concert…