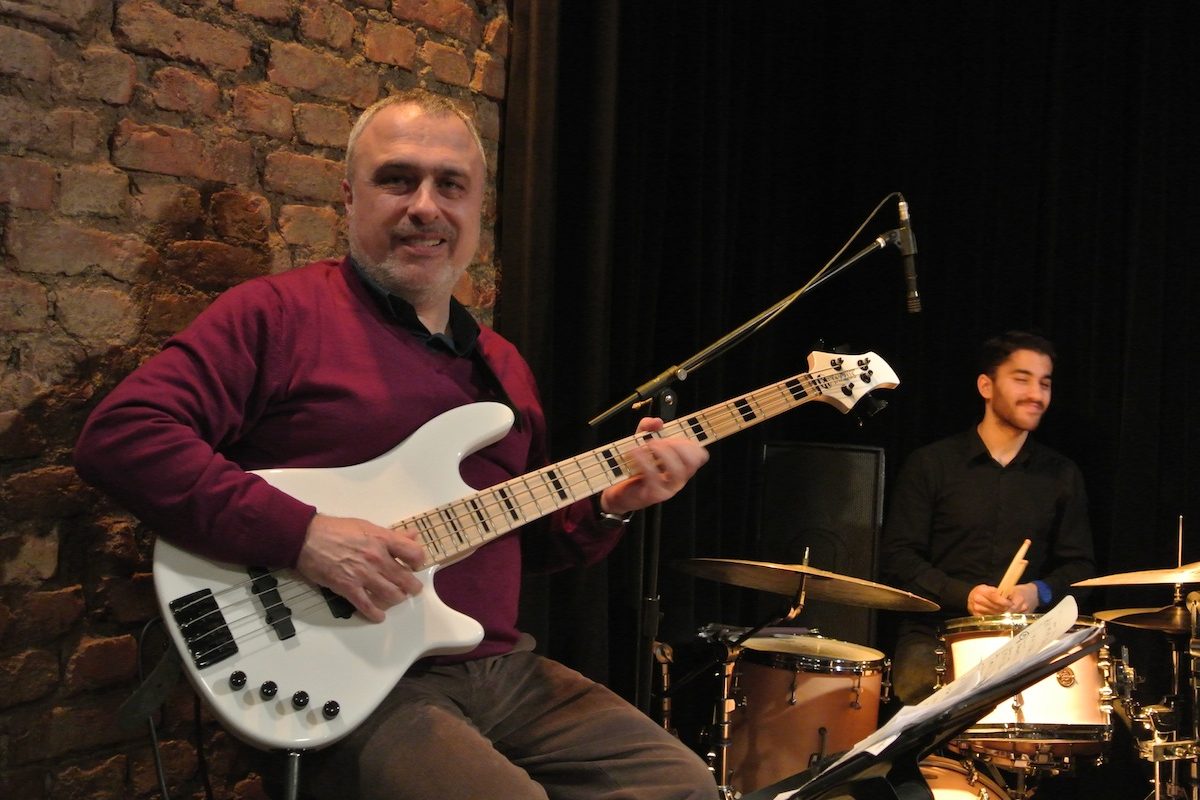 Kamil Erdem’s interest in music started at early ages with classical guitar. His interest in jazz increased with time and he started to play bass guitar and double bass. Kamil Erdem, who is an engineer by profession, worked in these two fields at once for many years. He never let these two professions intersect, he even says “Before i quit engineering for good to be a full-time musician, nobody even knew I had a music life. The musicians didn’t know about my engineering job either.”

Kamil Erdem founded Asiaminor band in 1990 and he was able to become a full-time musician and leave engineering behind due to this band. Because he was able to achieve permanent success both in Turkey and overseas through Asiaminor. They released their albums “Sokak Boyunca”in 1991, “Longa Nova” in 1996 and “Kedi Rüyası” in 1997, and have toured in Europe and the USA many times. Erdem’s solo bass guitar album “Bir Bas Masalı” was released in 2001, “Kamil Erdem Quartet – Odd Tango”, recorded with both Turkish and European musicians, in 2008, “Kamil Erdem-René Sopa Quartet” album which he recorded with the French accordeon player René Sopa in 2010. Kamil Erdem, who is also a teacher, told about his music journey on my “Bizim Cazcılar” program on NTV Radio. You can play one of Kamil Erdem’s pieces we have selected for you before you start on this journey.

My music history predates my interest in jazz. This must be the same for most musicians, because one didn’t start these at such early ages back in our day. Music entered my life when I started to play the guitar at elementary school. I played classical guitar for a while. Then I got bored with classical guitar and I started playing what was called “light music” back then on my own. I noticed my interest in the bass sounds and started to play the bass guitar.

From Tuba to Double Bass

My family bought me my first guitar. I used to take mandolin lessons just like all the other kids. My teacher would pay me extra attention, and when he was gone my family encouraged—or even forced me—to take guitar lessons. My family steered me in that direction, but I liked it and continued with the classes. So they weren’t forced, and I wasn’t bored. I used to listen frequently to Modern Folk Üçlüsü back then. Those were their beginning years and I would play their pieces with the guitar when I wasn’t playing classical music. I started following and watching the masters of the bass guitar when I started playing it. It’s the same for all instruments. I saw bass guitar being used to play jazz and my curiosity was stirred. I was around 20 years old. Then I inevitably ended up learning to play the double bass. Because even though the tuba is historically the most prominent bass instrument, it slowly made way to the double bass and this is more popular today.

Best Bassists Have A Jazz Background

I will talk about the factors which lead me to jazz. I think my interest in bass comes from the fact that it goes the best with jazz and that best bassists have a jazz background. Of course, it is used in other genres as well, but I somehow liked its examples in jazz more and listened to those. Aside from that, I come from Ankara. I lived there until 15 years ago. I loved listening to Tuna Ötenel. He was naturally influential in my inclination towards jazz. However, this is something that happens on the inside, for me or for anybody else, rather than through the influence of a person or an event. Everybody finds their own genre through their inclinations, partly consciously and partly unconsciously. 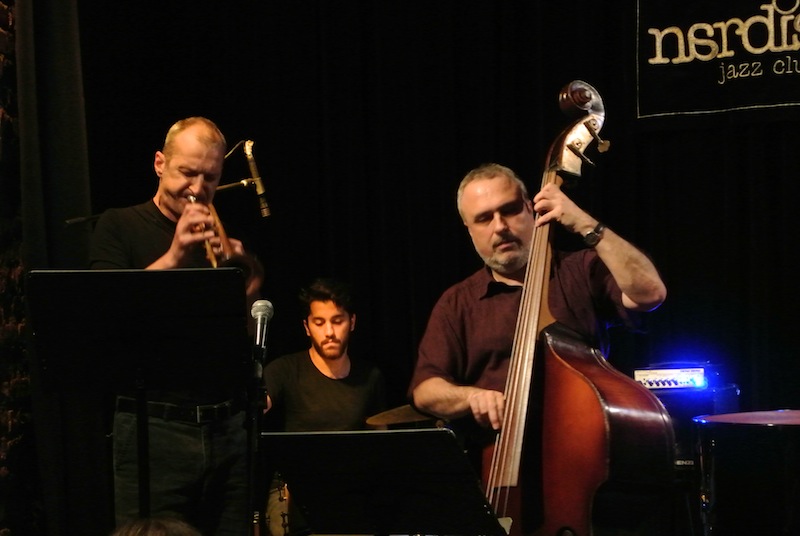 I studied engineering. I went with a formal type of education. I would even separate my two lives saying “I will not philosophize about T-square with my guitar in my hand, and vice versa.” Before i quit engineering for good to be a full-time musician, nobody even knew I had a music life. The musicians didn’t know about my engineering job either. I never let these two lives intersect and I never gained that sort of popularity. Popularity, even if we can call it that because I don’t like that kind of popularity, happened after I became a professional musician—I became known among musicians.

I quit my engineering job and became a full-time musician when I was in my 30s. I did both these professions at the same time until then. Then I started to think about music non-stop, and the time I dedicated to music started getting longer, I founded Asiaminor band in 1990. Then it started getting attention, and we even had a tour in the States, so I decided it was time to let go of my engineering career. I didn’t consider living abroad because I was an engineer and a musician until my mid-30s. So I never thought about “There is such and such opportunities out there, and there are these opportunities here, I am choosing this out of the choices I have.” I had a circle here. As I said, the band was popular to an extent, and we had no problem arranging concerts. We went to the States and toured there. So I was able to quit engineering without any calculations or guarantees in the financial sense. I worked as a free-lance musician for 6 years. Then I started my job at Yıldız Technical University.