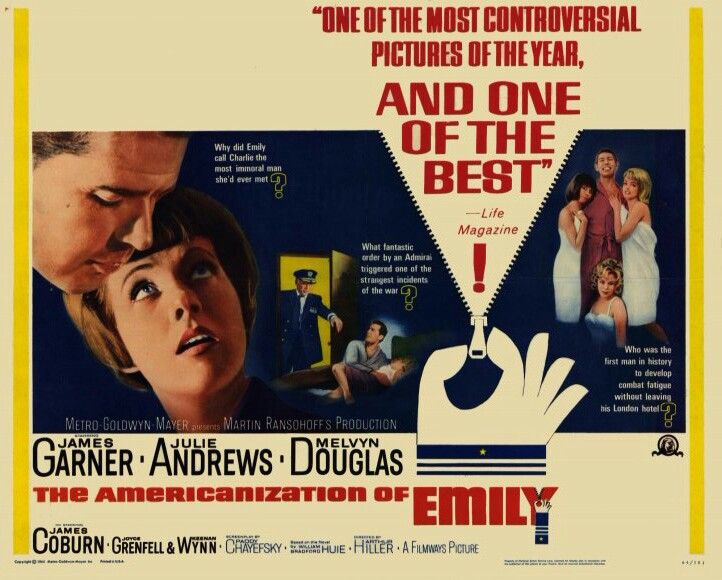 We are in a WWII London. American Navy’s lieutenant Charlie Madison (James Garner) is in London. The lieutenant and his navy live a life of hedonism as if to deny the existence of war on the British soils they are situated in at the time. Lieutenant Madison arranges high-end parties with the wishes of his general to entertain the American army with lots of alcohol, women, food and living grand in focus. The lieutenant, who is actually a great coward, lives it big as his peers fight on the war ground. In the meanwhile, he falls in love with the British woman called Emily (Julie Andrews). American army’s admiral needs a hero to represent them in the Omaha Beach during the Invasion of Normandy and chooses Charlie to play the part while life is sweet for our lieutenant with love, great food and excursions in parks. Charlie, who has no intention to leave his shiny life, is actually a big coward behind his Casanova looks and attitude. Will he be able to get away with it with the fear of dying a hero in the war while on the other hand his second option is his lover accusing him of cowardice?

The score of the 1964 movie include “Emily” a Johnny Mendel composition with Johnny Mercer lyrics, which we are used to hearing in the waltz format. Mendel, who is 88 years old now with more than 50 film and TV show scores, started his musical career as a trumpet player and then moved on to playing the trombone. He wrote compositions for Stan Getz, Count Basie and Chet Baker and his popular work includes “The Shadow of Your Smile”, written for the 1965 movie “The Sandpiper” featuring Elizabeth Taylor and Richard Burton, another ballad “Close Enough for Love”, “Suicide is Painless” written for M.A.S.H. TV show, “A Time For Love”, and “Where Do You Start” whose lyrics belong to the Bergmans. All these great compositions are written in the ballad format but my personal favorite is “Emily”, and this movie came up when I did a quick research. 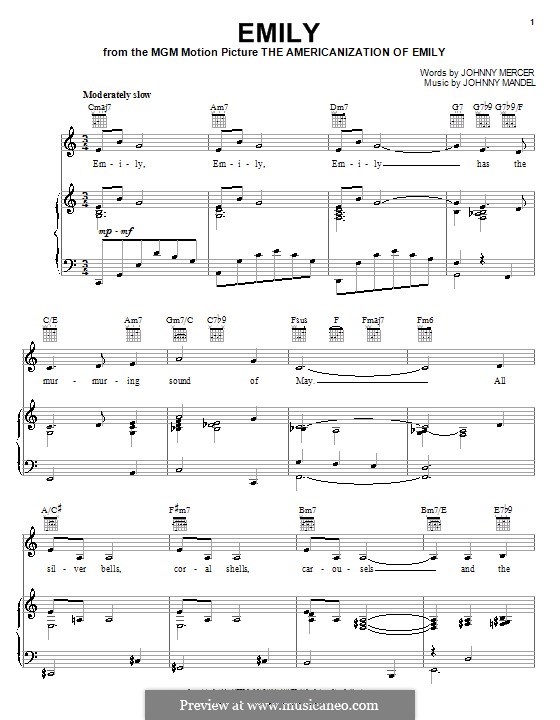 I believe “Emily” is the best work born of a collaboration between Johnny Mandel and Johnny Mercer, who wrote the emotional lyrics for “Moon River”, “Days of Wine and Roses”, “Satin Doll”, “Midnight Sun” and many others. I knew this piece through Bill Evans first and loved its melody, and when I listened to this vocal version I thought it would be my go -to standard. The Bill Evans version still wins by far despite all the vocal versions, though. Watch the 1969 Helsinki live recording of “Emily” with Bill Evans, Eddie Gomez and Marty Morell even if you don’t watch the movie!